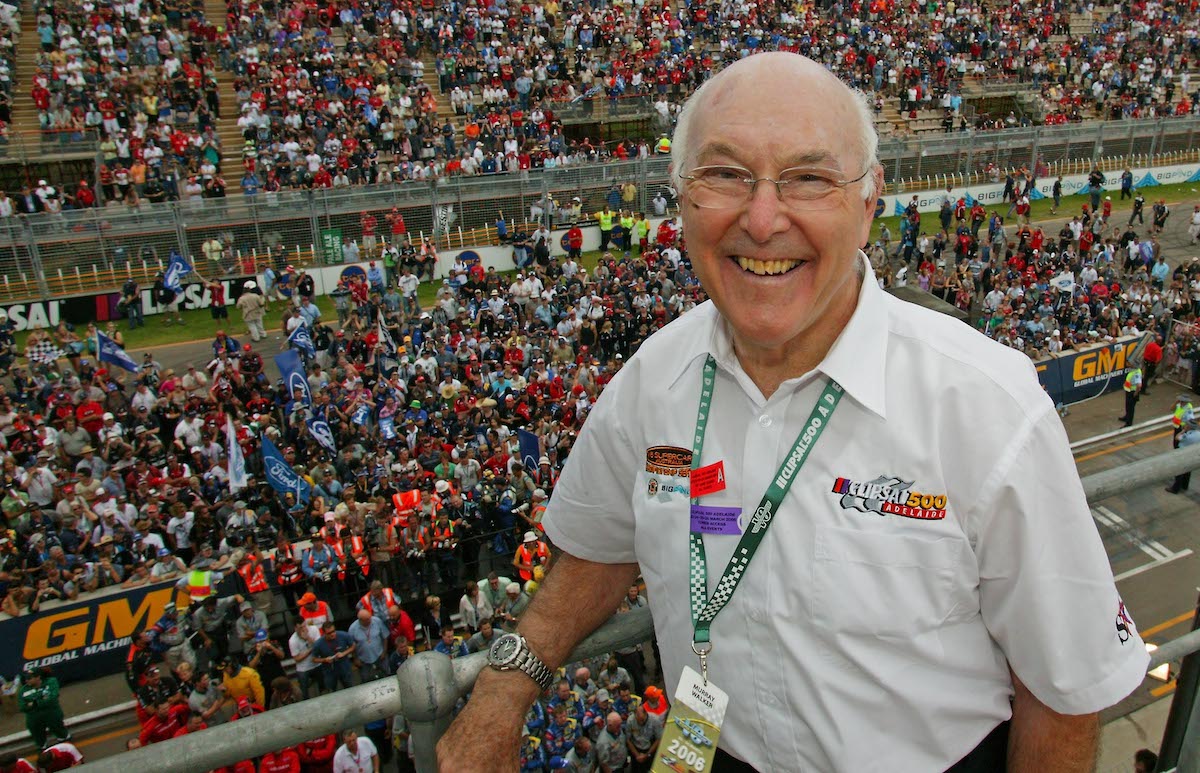 Tributes continue to flow for esteemed motorsport commentator Murray Walker, who passed away on Saturday.

The British Racing Drivers' Club announced Walker's death on Saturday. He was 97.

Walker was the voice of Formula One with BBC and ITV for over 50 years, and was a key figure in enhancing the status of Supercars' marquee event, the Adelaide 500.

His first official F1 race call was the British Grand Prix in 1949, with Walker hanging up his headphones and microphone following the penultimate round of the 2001 season. 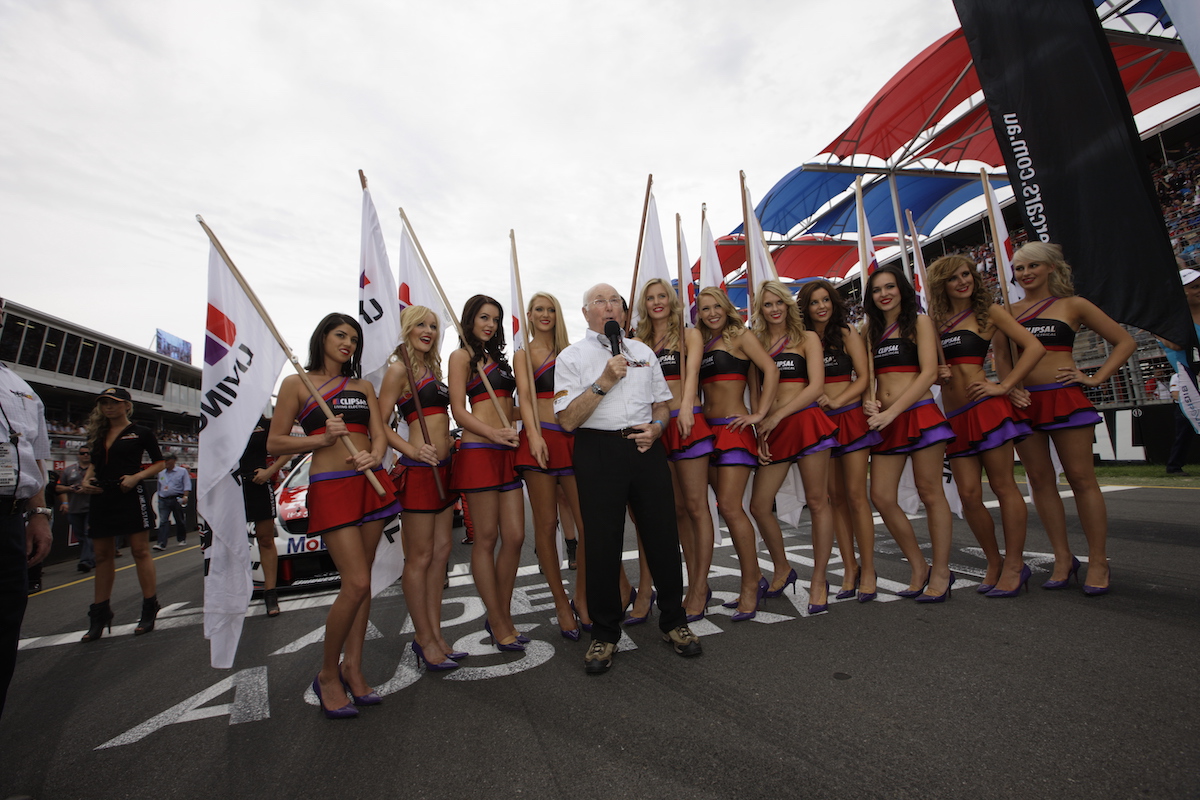 Walker was a popular figure in Supercars circles in Adelaide

Walker was no stranger to Australia, covering his first Australian Grand Prix in Adelaide in 1985.

He commentated on all Adelaide F1 races, as well as all Melbourne races to his retirement.

On his first visit to the Adelaide 500 in 2005, he described it as the 'best touring car event in the world'.

A Supercars fan, having commentated on touring cars in his native Britain with the British Touring Car Championship, he returned to Australia in 2006 as an ambassador to the Adelaide 500.

In Adelaide, he enjoyed the opportunity to call the races across the weekend for track crowds. 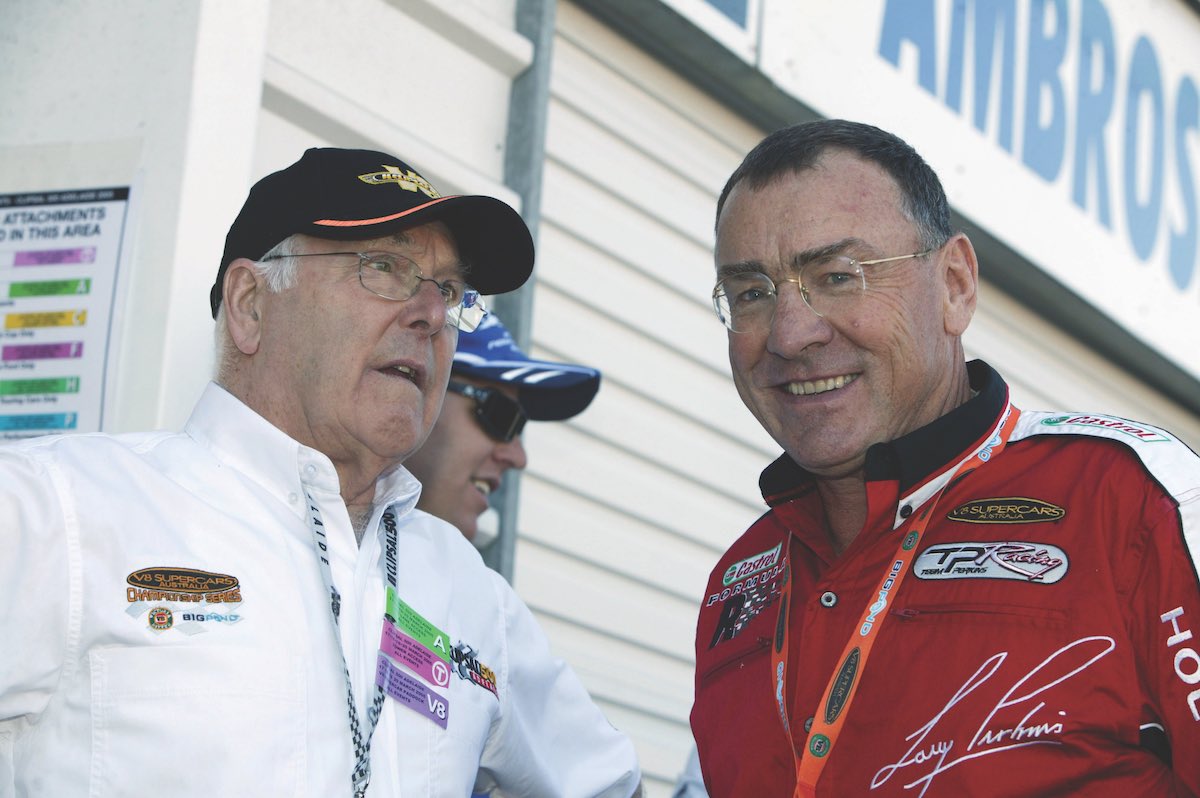 Walker with Larry Perkins in Adelaide

He again returned to the microphone in Adelaide in 2007, and was awarded a Lifetime Infinite Pass to the event by organisers.

In 2006 and 2007, he was part of Network Ten’s commentary team for the Australian Grand Prix.

For the 2011 Adelaide 500, he was honoured by the Australian GT Championship with a trophy named in his honour, the Murray Walker Tourist Trophy.

Dick Johnson Racing’s Will Davison tweeted: "Rewatching lots of old F1 this morning. Murray Walker truly captured so many moments in a way that is unrivalled.

"I get goosebumps listening to the charisma, passion and energy he bought to so many homes around the world over so many years.

"Forever etched in our minds."