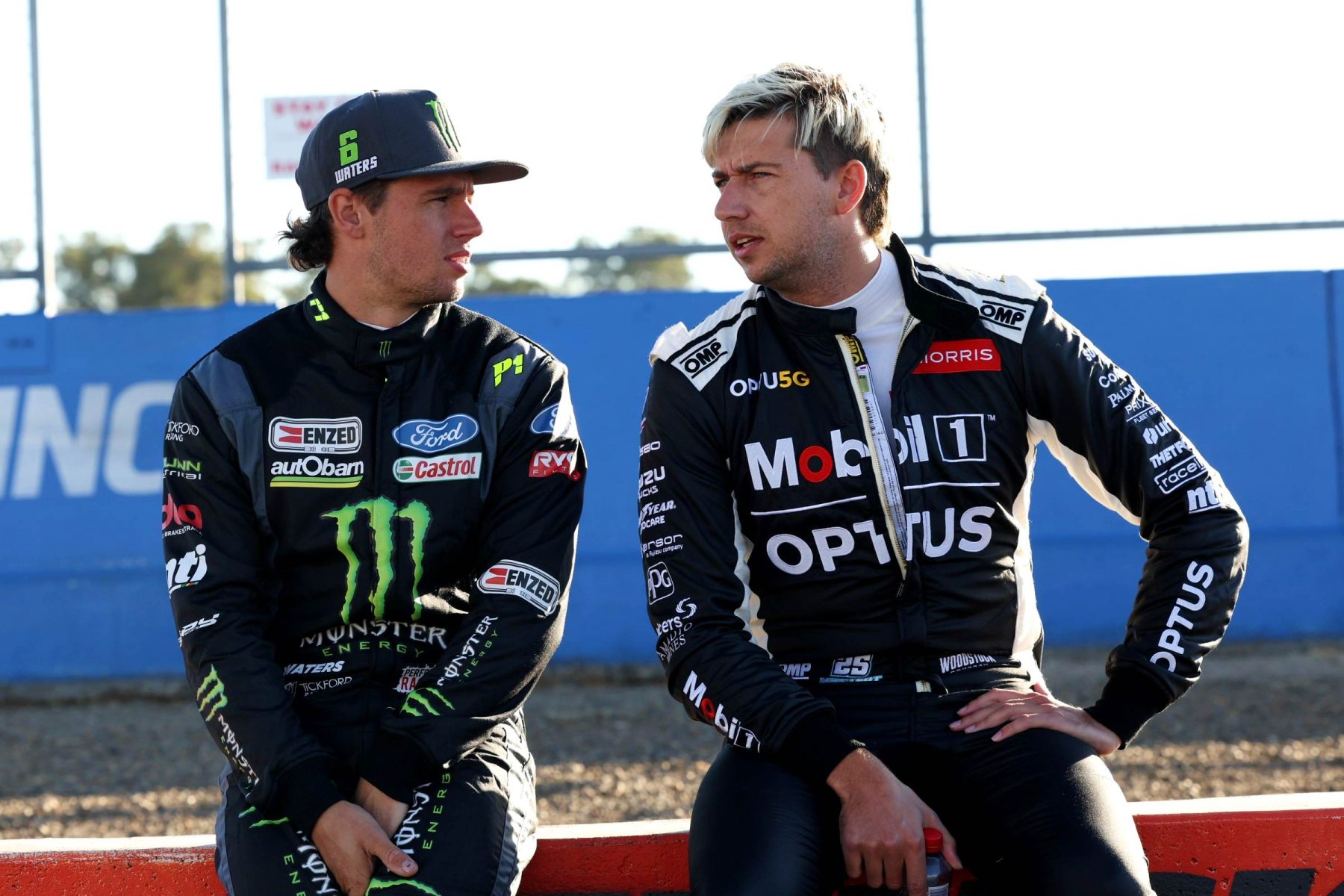 Cam Waters is determined to lock away second in the championship despite holding a “solid” points buffer over Chaz Mostert.

Waters is zeroing in on second in the points for a second time in three years.

The Tickford Racing driver’s primary threat is none other than former teammate and rival Chaz Mostert.

Mostert must outscore Waters by 25 points on Saturday to take the battle into Sunday.

The Walkinshaw Andretti United driver has been in strong form since missing the podium in Townsville.

In the five rounds since Townsville, only Shane van Gisbergen has scored more points than Mostert.

In the last 11 races, Mostert has beaten Waters seven times, and has scored 74 more points.

However, given he is still more than a race ahead of Mostert, Waters is breathing easy.

"We’ve got to lock in P2 in the championship, and the pole award as well," Waters said.

"There’s a fair bit to fight for.

"I’ve got a fairly solid buffer [over Mostert], but it’ll be nice to lock that away.

"I'm going to go all out for race wins, not that we don’t usually.

"If we put the other stuff aside, we’ll get the job done.”

Waters and Mostert were third and 12th respectively in Thursday's Practice 1, with the order affected by a late red flag.

Both drivers have extra incentive to win in Adelaide this weekend.

Neither driver has won a main game race in Adelaide, although both have won Super2 races.

Sunday’s race will also be the last of the Gen2 era, with all-new cars debuting in 2023.

Mostert’s team will switch to Ford when the Gen3 era commences next season.

“I’d obviously like to finish off the year on a high,” Mostert said.

“It’s the last year of Gen2 as well, so it's last bragging rights of this era. There’s a lot to play for.

“Obviously last round, the last position in the championship is up for grabs.

“I’ve never been able to win at Adelaide, I’ve been second there before.

“Just getting to the finish is a result in itself… but it’s one that’s got away.

“I’d love to try and clock up my first win around there.”

Cars will return to the Adelaide Parklands Circuit for Practice 2 on Friday at 1:15pm local time.

Friday’s schedule will also feature ARMOR ALL Qualifying for Race 33 at 5:35pm.

Tickets for the VALO Adelaide 500 are on sale on Supercars.com and Ticketek.com.

Holden teams come together in Adelaide