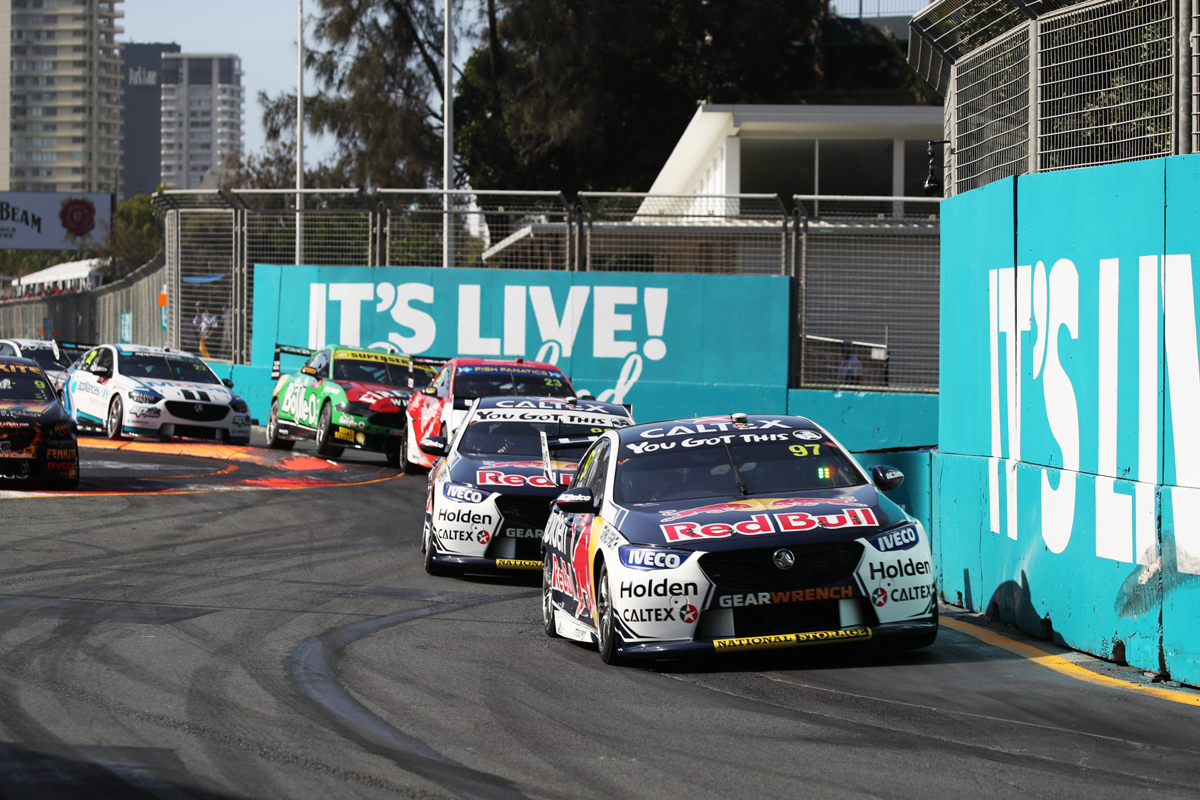 Supercars’ Commission is set to review the category’s regulations regarding team orders, as a result of recent controversy at Bathurst.

However, with stewards declaring those rules to be “ambiguous”, the case instead proceeded as a breach of Appendix B of the FIA’s International Sporting Code and its ‘Obligation of Fairness’.

An explanation at the time underscored that the rule is only intended to prevent the intervention of third parties, such as sponsors or suppliers, rather than orders made by the team itself.

The team orders rule is currently outlined as;

24.1.1 Means an instruction to a Driver or Team member, either verbal or otherwise the effect of which may interfere with a race result.

24.1.2 It is not permitted for any sponsor, supplier, entity or related entity, including an Automobile manufacturer, importer or their representative to impose or seek to impose Team orders, on any Team.

CEO Sean Seamer told media on the Gold Coast that Supercars supported the decision of the independent judiciary in the DJRTP case and will review its own rules based on feedback from the stewards.

“The stewards have asked us to go away and have a look at the resolution between the International Sporting Code and the [Supercars] rulebook,” Seamer explained.

“That's something that the Commission will pick up to make sure that that's tight.

“Obviously there's that hierarchy and we have to operate under the FIA rules and they're really clear on that kind of behaviour [fairness]. That's what was implied in the stewards’ statement.

“We'll review that at the Commission and see what needs to be done in terms of that reconciliation between the ISC and the rulebook. There are a couple of points that they wanted us to look at.”

Seamer also confirmed Supercars is working with CAMS race control officials to assess its Safety Car procedures, following the controversies at both Bathurst and Pukekohe.

The New Zealand event was rocked by a Safety Car deployment in which Jamie Whincup blasted past the Vodafone Mustang, knowing he was not the leader of the race.

“The technical department is working with race control to see what technologies and processes could be put in place to improve the deployment and management of the field under a Safety Car,” said Seamer.

“We'll have to wait and see what they come back with, because there is a bit of work to be done on reconciliation of manual flagging and automated systems.

“But it would be remiss of us not to review it, given the impact it's having on the delivery of the product to the fans. So of course we've got to take a look at it and see if we can do better.”

Supercars debuted an in-car warning light system for drivers at Bathurst, which included equipping trackside marshals and race control with electronic triggers, alongside the traditional flags.

Seamer says all sorts of options, including closing pitlane under Safety Car and introducing a Virtual Safety Car, similar to that seen in Formula 1, will be assessed.

“There's discussions around 'do we need full-course yellows?'” Seamer affirmed.

“Everything will get thrown into the pot and we'll go through all of those ideas as part of the process of what we might want to do differently or improve next year.

“[But] we have got to careful how quickly we deploy things, no matter how good the idea is, because the primary focus has to be around the safety of the marshals, the drivers and the spectators.”

28/10/2019
Stay In The Know
Sign up to the Virgin Australia Supercars Championship Newsletter
We use cookies to ensure that we give you the best experience on our website. If you continue to use this site we will assume that you are happy with it.Ok