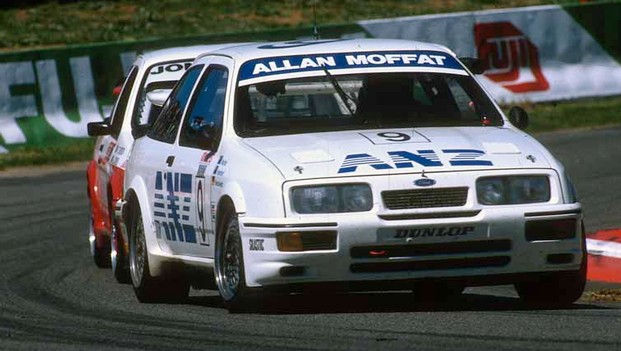 This weekend’s Wilson Security Sandown 500 signifies the kick-off of the PIRTEK Enduro Cup in the V8 Supercars Championship and V8 Sleuth Aaron Noonan thought he’d start to track down an important car in the race’s history on today’s Saturday Sleuthing.

The Melbourne endurance classic has been dominated over its history by two names: Brock and Moffat.

Peter Brock won the race a record nine times, while his great rival Allan Moffat clinched four victories in the race, which has been held over a range of distances and under varied names over the years.

This year is the 25th anniversary of Moffat’s last Sandown win back in 1988, when he took an Eggenberger Motorsport-built ANZ Ford Sierra RS500 to victory in the then-Enzed 500 with the late Gregg Hansford. 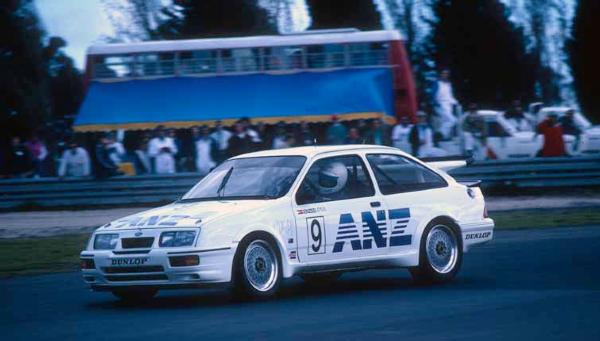 So what happened to that car?

For 1988 Moffat ended up doing a deal with Swiss tuning ace Ruedi Eggenberger to purchase one of his Sierra RS500s (the first customer deal Eggenberger had done of its type).

It arrived in time for Moffat to race it as the #9 ANZ car in the Shell Australian Touring Car Championship, though run very much with the big endurance races later in the season in mind.

Moffat debuted the car in the wet round at Wanneroo in Perth before running for the remainder of the season, including taking a third place at Lakeside – it would be his last ATCC podium result and the last by a Moffat until a few weeks ago when son James won at Winton for Nissan. 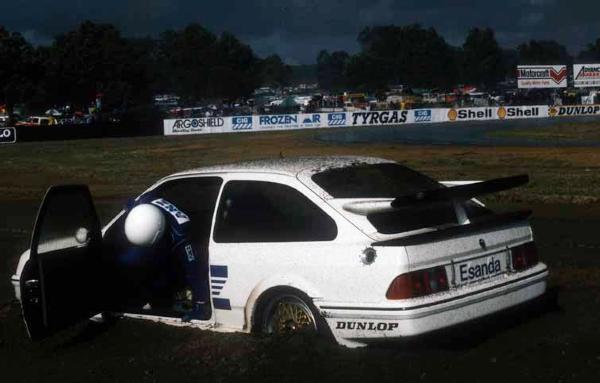 Such was Moffat’s focus on the enduros that he had co-driver Gregg Hansford alongside for the final ATCC sprint round at Oran Park, doing a mid-race pit stop to swap to the former bike ace in a bid to get his team sharp for the upcoming races!

The history books show that they went on to win at Sandown on the 3.9-kilometre infield layout, leading home Larry Perkins’ new HSV VL Commodore (the car we featured a few weeks back) with a spluttering Shell Sierra of Dick Johnson and John Bowe limping over the line in third.

The only problem for Moffat and Hansford in that race? A temperamental o-ring that sprung open after a pit stop which forced them to return to the pit lane to have a temporary fuel leak fixed.

But apart from that, it was smooth sailing and the four-time Bathurst winner looked the goods for the Mountain, where German ace Klaus Niedwiedz and Eggenberger himself would be on hand to bolster the ANZ squad.

As history shows, Niedzwiedz was fastest in the ‘Tooheys Top Gun’ Shootout, though because the race was held under the jurisdiction of the FIA (then known as FISA) and was a round of the Asia-Pacific Touring Car Championship, it did not count towards grid positions.

The German drove a solid first stint and took the lead on lap 29 as two of the three Shell cars dropped out and throttle problems hit Tony Longhurst’s car.

The ANZ Ford would lead for the majority of the race before Moffat stepped out to hand over to Hansford, who would find himself running slowly behind the Safety Car and then with an overheating engine upon the restart.

The turbo four-cylinder was cooked after the temperature had dropped by 50 percent at slow speed, the end result a cracked block!

It would be the final time Moffat competed as a driver in The Great Race and remain as the ‘one that got away’ in his Bathurst career.

To give the team added firepower, a deal was done to secure a second Eggenberger car later in the year for Bathurst in 1989, though Moffat and Hansford shared the existing #9 car in the ATCC rounds.

The fact that the Moffat team never swapped the numbers between the #9 and #10 cars makes tracking their racing lives much easier over the course of multiple years and Bathurst starts.

It was then taken overseas for Moffat and Niedzwiedz to drive in the Fuji 500, Japan’s most important touring car race.

Re-numbered #39 (Moffat’s year of birth), the Sierra took victory on Allan’s 50th birthday and he decided, quietly, to retire from driving.

The car would compete in half of the 1990 ATCC with Hansford driving before a decision was made to conserve the budget for the endurance races.

A blown turbo sidelined Hansford and Niedzwiedz at the Sandown 500 and at Bathurst a diff drama took the car out of the race with Hansford and Dieudonne joined by the cross-entered Niedzwiedz after the #10 car was delayed. 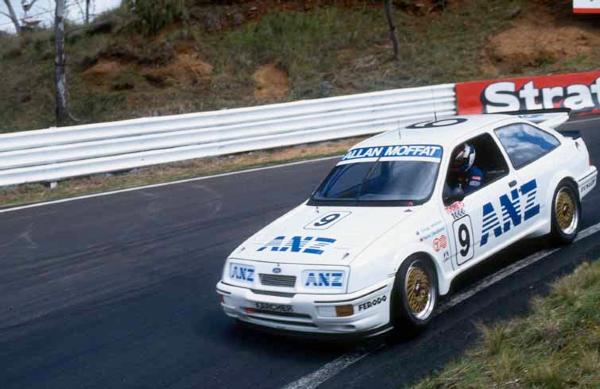 The car again headed to Fuji for the 500-kilometre enduro to round out the year with Hansford and Niedzwiedz driving – they finished third.

It would make just two more race appearances – both at Bathurst. In the 1991 race (now with Cenovis signage) it blew a turbo with Steve Millen and Gary Brabham driving, while it finished a delayed 25th in its final appearance in 1992 with Charlie O’Brien joining Brabham behind the wheel. 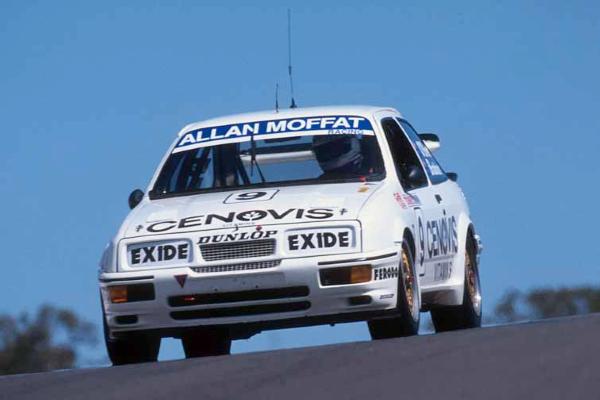 So in five Bathurst appearances, this car never actually made it to the finish, though it claimed the last two important touring car wins of Moffat’s career at Sandown and Fuji.

But where did it go after it finished racing?

Five-litre V8 rules were introduced for 1993 and Moffat and his team moved to a Falcon EB, leaving the Sierras to be sold off.

This car was reportedly sold to Bruce Miles in New Zealand – but it’s there that the trail ends.

Is it still there? Is it in on-track condition? We’d love to know, so drop the V8 Sleuth a line as we try and finish the story on this important part of Aussie racing history!

13/09/2013
Related Content
2013 Wilson Security Sandown 500  ›
Stay In The Know
Sign up to the Virgin Australia Supercars Championship Newsletter
This website uses cookies to improve your user experience. By continuing, you will be providing your consent to our use of cookies.Ok