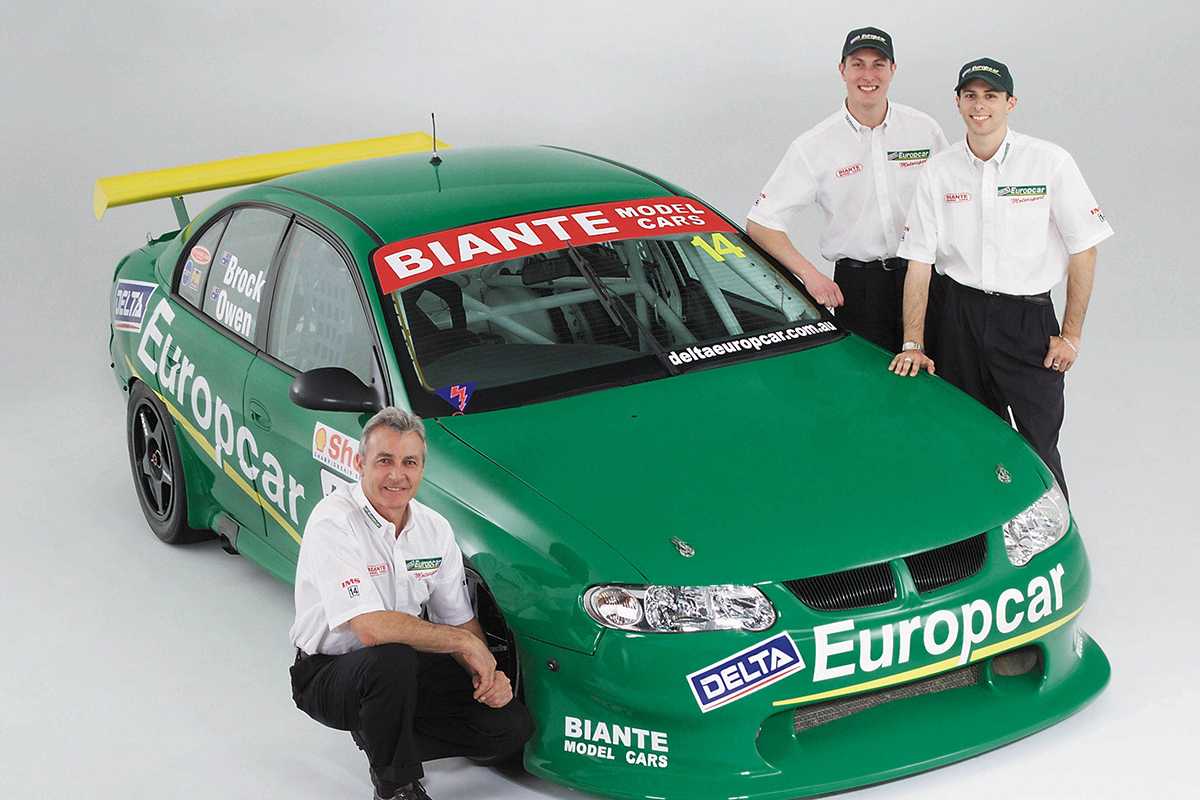 The surname ‘Brock’ is Australia’s most-famous racing name, and after the late, great Peter Brock retired from racing, there was another Brock trying to forge his own identity at the top level – James.

While his Supercars career never really took off, James Brock was not going to die wondering whether it would.

And, as he tells us in today’s edition of Saturday Sleuthing, his fast-tracked Supercars debut and a short-lived career in the category was not ideal, but one he looks back on with fondness...

Before we discuss the past, what makes up a day in the life of James Brock these days?

At the moment, I’m balancing time working on an Australian Production Car team (with MG) as well as some driver training and other mechanical engineering work that I do for myself.

The lead-up to competing in your first Supercars race at Queensland Raceway seemed pretty rushed. You’d won the Future Tourers race at Bathurst in 1999 but you hadn’t really done much racing prior to that…

Yeah, I ran a season in the Future Tourers and finished third. I really had not done a lot of driving at that stage.

I was really green. I’d done some Historic Touring cars in a Torana, I won the Future Touring race at Bathurst and that got me some interest from the people in Supercar land.

My first opportunity to drive one of them was in a test at Calder in the Hot Wheels-sponsored car (Sam Newman’s 2000 Albert Park entry) that was run by Gibson Motorsport. That was the first time I drove one of them. 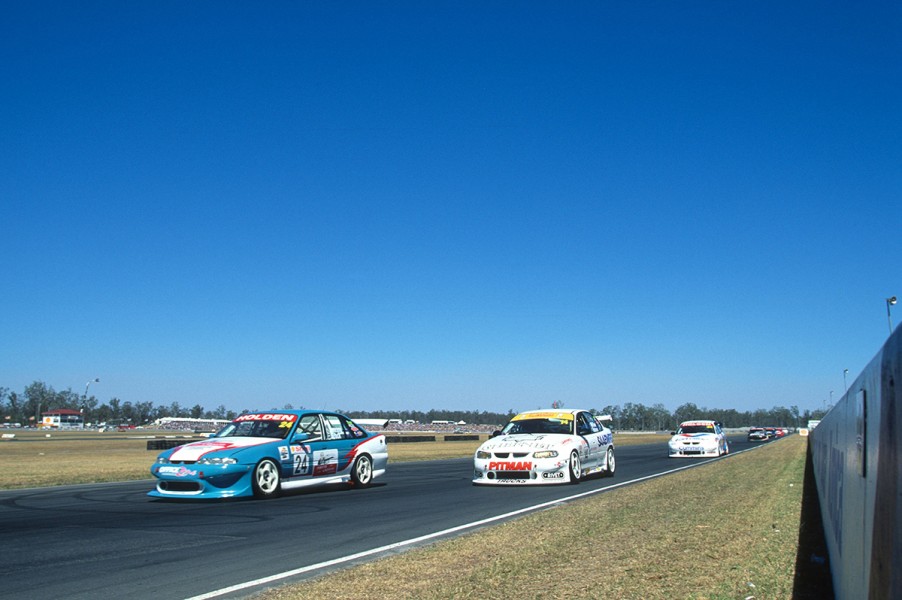 You made your Supercars debut at Queensland Raceway with Paul Romano in 2000. Talk us through your first race…

It was completely arse-about, if I’m honest. I really don’t know how I was allowed to do what I did!

I did a test with Paul Romano at Queensland Raceway. We’d known Bap Romano for a long time.

He was good friends with Dad and Paul had been doing the Supercars thing for a while at that point. I remember being fairly daunted at the time. I was shitting bricks!

Having had little to no experience racing on a slick tyre – I’d just done very little racing – to jump straight into a Supercar, in the main game, as a young bloke, was terrifying.

At that meeting, there was pre-qualifying too as there were too many entrants for the grid capacity, so I needed to qualify the car, before I could even get a start!

For someone with no experience and no one guiding me at that point, it was a big challenge.

I think, because I’d done OK in the few races I’d done before, there was an assumption that I knew what I was doing, but I had absolutely no idea!

It’s amazing what the exuberance of youth can do for you, because that’s all that was feeding me along. I had little fear and didn’t have a proper understanding of what was going on around me.

I struggled, without a doubt. I didn’t have a guiding hand to understand what I really needed to do.

When people read this, they might say 'But you would have had the best bloke in the business in your corner giving you a hand'...

Yes, but it was the exact opposite. I just don’t think he wanted to be that ‘racer dad’. He wanted absolutely nothing to do with it.

He gave me zero guidance, but he wasn’t doing it in a bad way; he just didn’t want to be the old man in the background, telling people how to run their team.

He stayed completely away, which again will sound strange to people because he was so good at helping and nurturing other young race drivers, but he gave nothing to me!

I think he just wanted me to find my own way and not be that typical ‘motorsport dad.’ 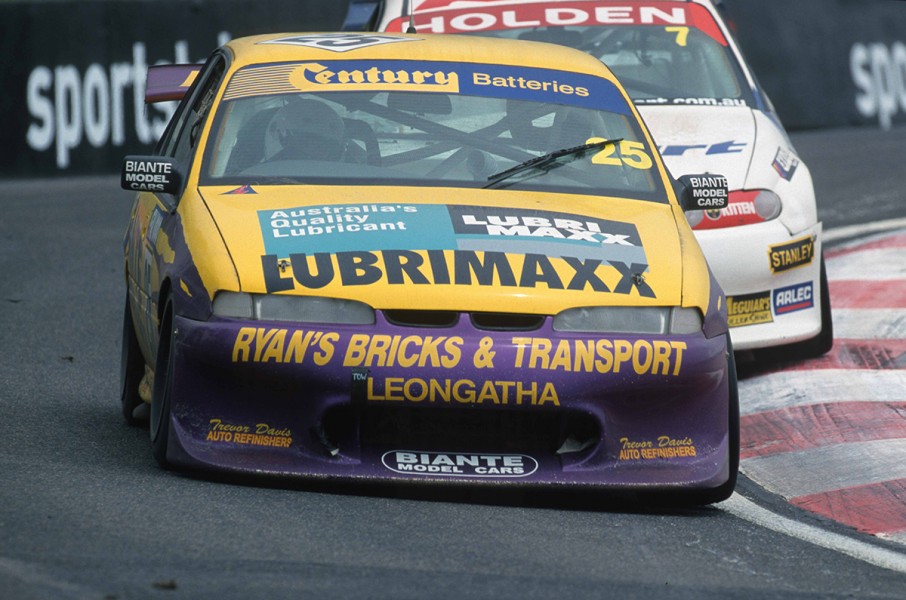 After that Queensland 500 debut, you switched to drive with Terry Wyhoon in the Bathurst 1000 that year.

We were actually doing well in the race, but really, I had very little idea about what was going on.

I was able to put down some reasonable laps, but I was literally learning to drive the car and the track as the race was going on. That was reality of it.

We were getting quicker as the race progressed, but I clipped the wall on the exit of The Cutting. I didn’t even damage a panel – I just tagged the wall with the wheel and it cracked a (steering) rack.

It wasn’t a great way to start, but not totally unusual for a young bloke at Bathurst. 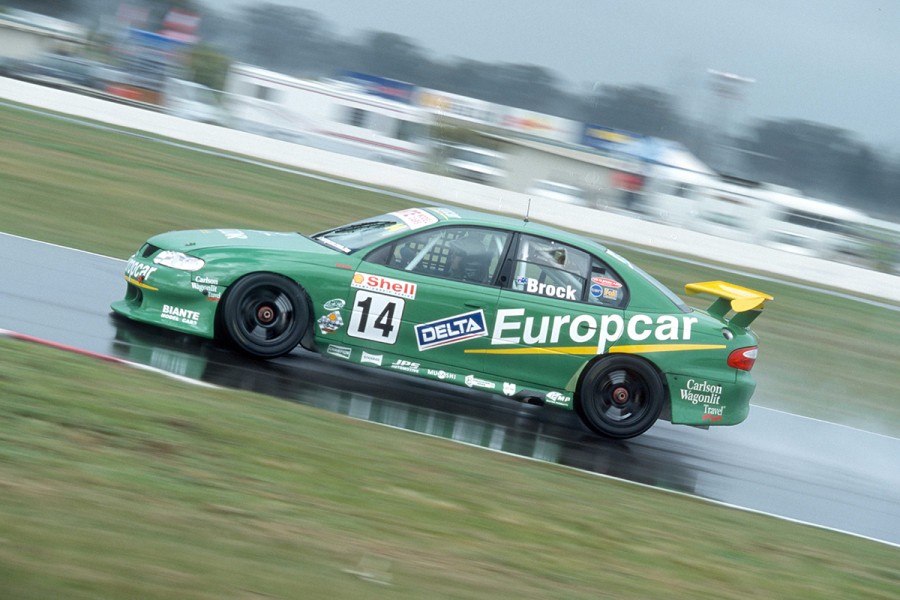 You ended up making six Supercars round starts in total, including a couple of one-off races with Mike Imrie’s team in 2001. What do you recall of those?

I did enjoy doing a few races in Mike’s car. It was fun, but the one last memory I have was sitting on the grid at Winton, looking across and seeing Larry Perkins sitting next to me. I just thought “What am I doing here right now?!”

It was surreal. I’d obviously grown up with Larry, worked in the industry, worked on the cars, but the transition into the driver’s seat was too quick and it was rushed. It was just a moment of thinking “How did I find myself here?!”

Do you feel the pressure of your surname also took a toll on you and the external expectations?

Oh for sure. It obviously opened up the doors to opportunities that wouldn’t have been there otherwise, but I mean, some of the limited racing I’d done prior to Supercars I’d done pretty well, so maybe that was part of it.

Having the surname, having the connections and knowing all the people in the game opened the doors and got me in very quickly. 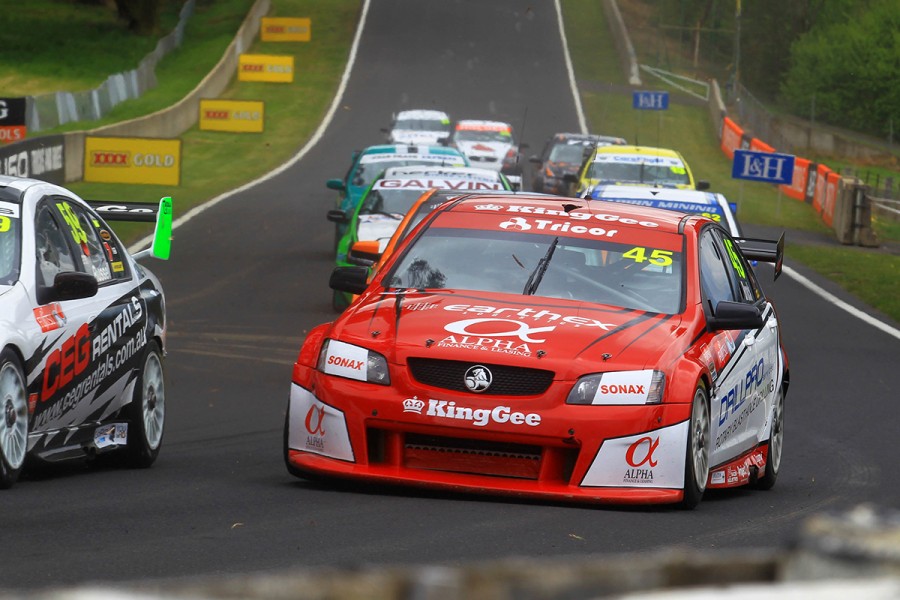 You also made a couple of appearances in the Super2 Series with Greg Murphy Racing in 2011.

I did three rounds with some great support from DrillPro, and that was great fun.

They were a good bunch of guys to work with. They had three cars in the team too, and there were drivers that I could bounce off and the cars were well sorted.

I hadn’t done much racing beforehand, so I was getting back into the swing of things. And there was a fair bit of carnage going on in the Development Series at that time too, and I was really conscious of returning the car in one piece.

I don’t really remember where I came, but it was fun. I had great support from DrillPro and Murph’s team was a bunch of fun to be around.

After that, you worked at Kelly Racing while they were building up towards the start of their relationship with Nissan …

When Car of the Future was coming into play, the Kelly boys got me to come in and give them a hand, and it was tough. There was a lot of hard work and long hours.

Those poor boys got the raw end of the stick, because being the first team in with the new regulations and a new manufacturer, really, they were made to do everything the hard way, whereas the likes of Erebus (Mercedes) and Garry Rogers (Volvo) came on later and had more freedoms.

Todd and Rick really copped it, but I had a great time with them. Todd was great to work with, and I even got to drive one of the cars too.

Todd was having some surgery on his shoulder, so I did some of the aero testing in one of the cars. Having helped put the car together, it was satisfying to drive and test the car that I’d helped create.

So if you could have your time back, how would you have pursued a career as a Supercars driver differently?

I would have done a lot more in lower-level racing, and more testing in a Supercar.

I just would have got miles under my belt, maybe done the Development Series and get more support and coaching, because I just found that I had none of that around me.

I was so green, it was absolutely daunting.

Any desire to have another crack at it?

Well, I haven’t been able to extract myself away from race tracks. I’m never far away with the product and driver training, and now racing the MG in production cars (above), it’s nice to be back behind the wheel at that level.

My Supercar days are over. I really enjoyed the experiences that I had, but man, I like having my weekends off!