The seventh-generation Mustang will be Ford’s weapon of choice from 2023.

The Mustang will race the Chevrolet Camaro when the Gen3 era commences next March.

The new Ford model was revealed last month as the company uncovered its new Mustang.

The seventh-generation Ford Mustang will hit Australian roads in late 2023.

The Supercar version was unveiled at the Mount Panorama pit lane on Thursday afternoon.

The car will be lapped by three-time Bathurst 1000 winner Dick Johnson in a demonstration at 3:30pm local time. 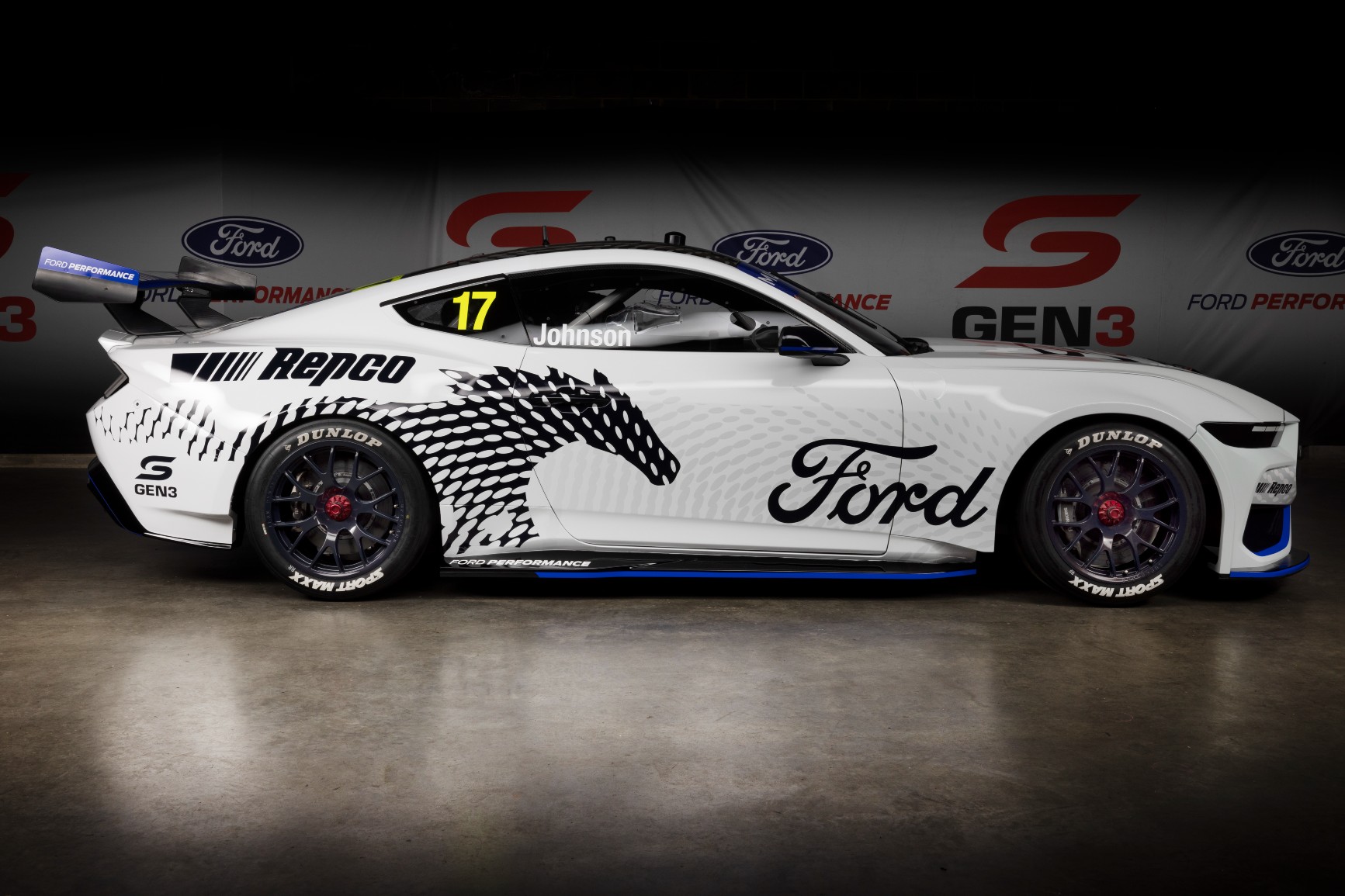 The car, complete in white livery, will also carry Johnson’s surname and famous #17.

"It is fantastic to be able to show, for the very first time globally, the seventh-generation Mustang in racing form," Rushbrook said.

"The reveal of the Mustang Supercar is the first of many, with Mustang to race in GT3, GT4, NASCAR and NHRA competition globally.

"Mustang has been an iconic brand on and off the track for 58 years and its legend will continue around the world.

"We always say Mustang was born to race, and that is more true today than ever.

The Mustang Supercar has been built by Ford’s homologation team Dick Johnson Racing, in conjunction with Ford Performance. 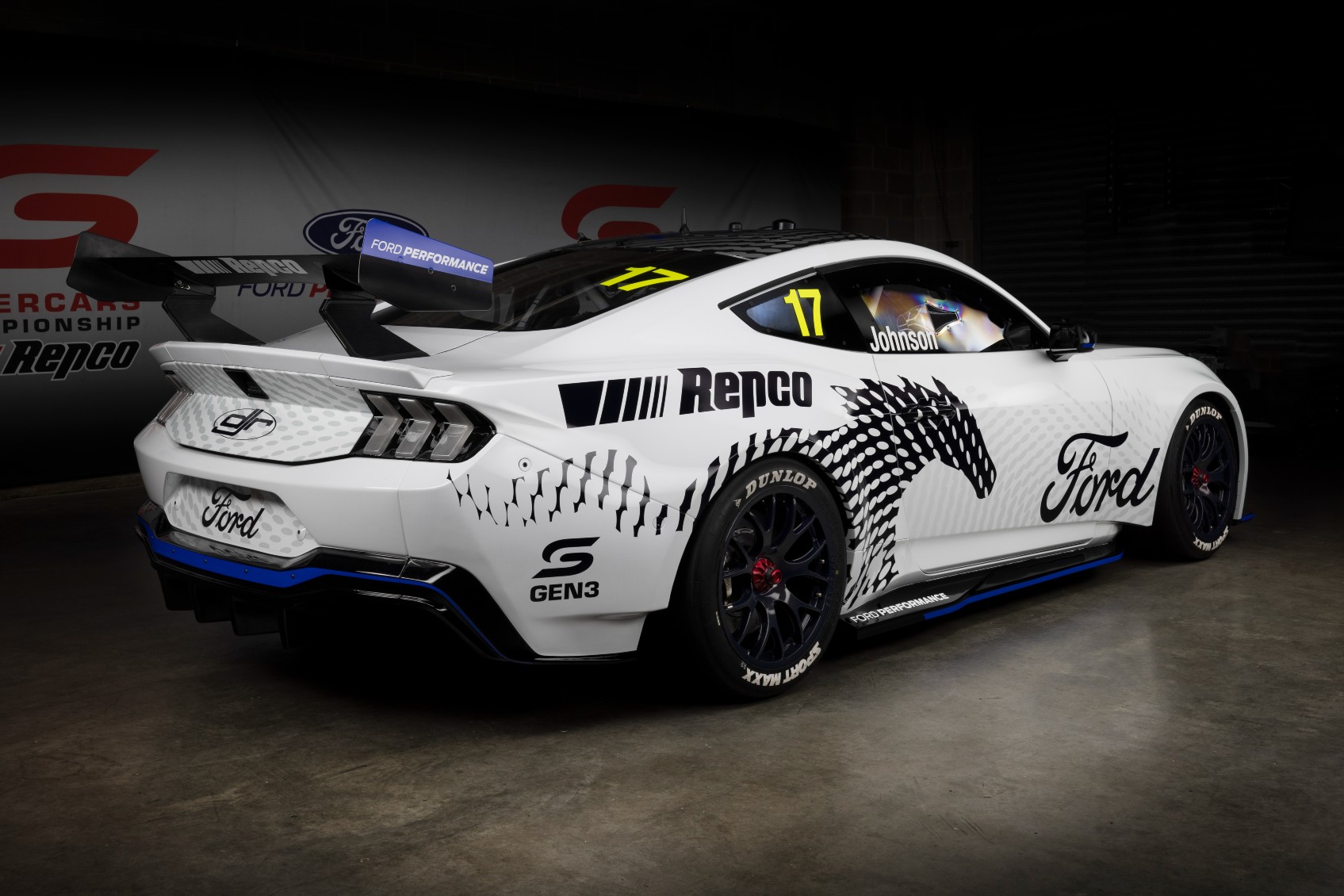 Its first race, alongside the Camaro, will be March 11 next year on the streets of Newcastle.

Like the Camaro, the Gen3 Mustang Supercar closely resembles its road-going counterpart.

The Ford will be powered by a production-based Coyote V8 engine.

DJR, Tickford Racing, Grove Racing and Blanchard Racing Team will carry on with the Blue Oval.

Ford also welcomes Walkinshaw Andretti United, which will shift from Commodores to Mustangs next year.

Andrew Birkic, Ford Australia and New Zealand President and CEO, was delighted to unveil the car in Bathurst. 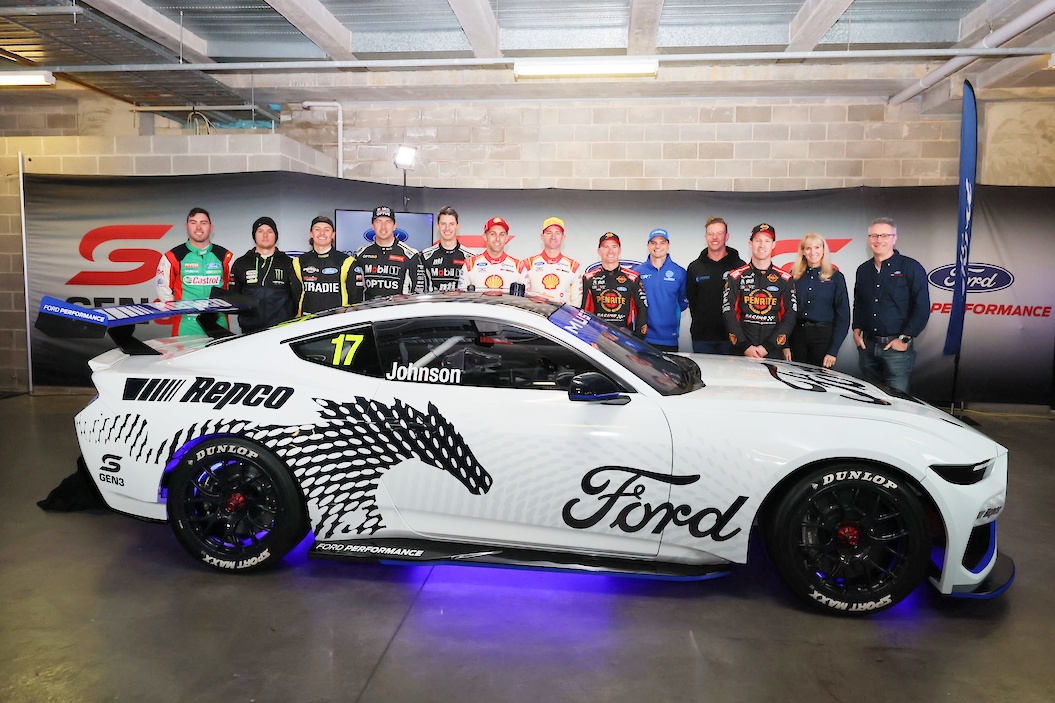 “What better place to do it than at the Great Race here at Mount Panorama.

“It’s a special moment to be able to uncover this car in front of passionate Ford fans, alongside all of our Supercars drivers.

"It’s very fitting that Dick will take the car for its first laps this afternoon.

"He’s a legend of the sport, and an incredible ambassador for Ford.

"This car looks sensational, it’s loud, it’s fast and we can’t wait to see it hit the track."

Cars hit the track at Mount Panorama for practice on Thursday.

The lure of Bathurst key to Dane's comeback