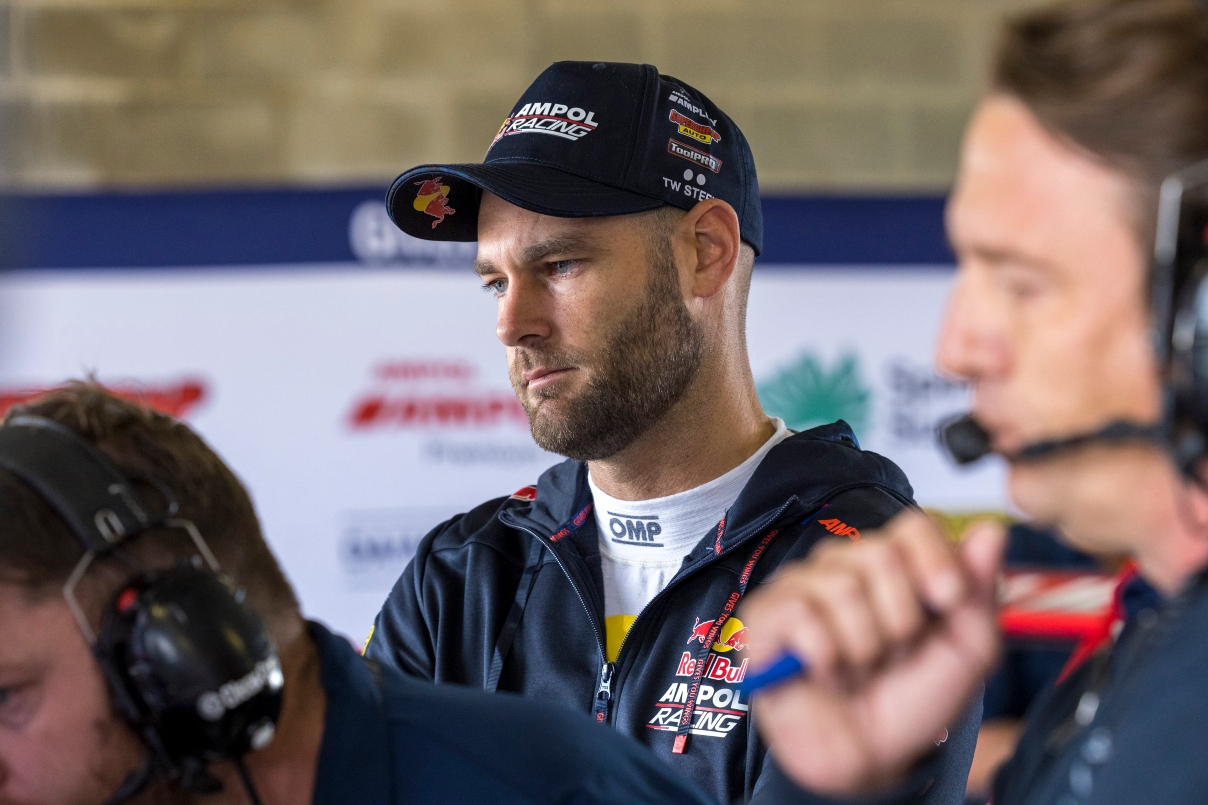 Shane van Gisbergen believes he will be “ready to go” for this weekend’s Penrite Oil Sandown SuperSprint amid his recovery from collarbone surgery.

The Red Bull Ampol Racing driver broke his collarbone in a mountain biking accident on March 6, and went into surgery later that day.

After a plate was installed, the Kiwi, who clean-swept the Repco Mt Panorama 500 season-opener, faced a race against the clock to be fit for this weekend.

On Monday, van Gisbergen took his greatest step yet in his recovery in driving a BMW M4 prepared by Smollen Motorsport at Queensland Raceway.

It marked the first time the 31-year-old had driven a race car since his accident.

“I’m still a bit sore,” he said in a team preview.

“But after some laps in a couple of cars during the week, and with a few more days to recover before the first session at Sandown, hopefully I can be fit and ready to go.”

Van Gisbergen is facing an uncomfortable return at Sandown due to the circuit’s high kerbs and long straights, which encourage vibrations.

The 42-time race winner has never won at the Victorian venue, with Sandown hosting its first sprint action since 2011.

He narrowly missed out on victory in the 2019 Sandown 500, with his charge from the rear of the grid scuppered by a late suspension failure.

“Sandown is simple in design but is a really fun track,” said van Gisbergen, who on Monday was given an "80 per cent" chance to compete this weekend.

“It’s normally an enduro round, but hopefully it will be good for sprint racing.

“It’s a track with not many fast corners, so you can normally make some moves which makes the racing quite competitive and good to watch.

“It’s also forgiving if you don’t qualify well… it’s not the end of the world if you start the race towards the back of the grid.”

Van Gisbergen leads the championship by 33 points over Chaz Mostert heading to this weekend’s event.