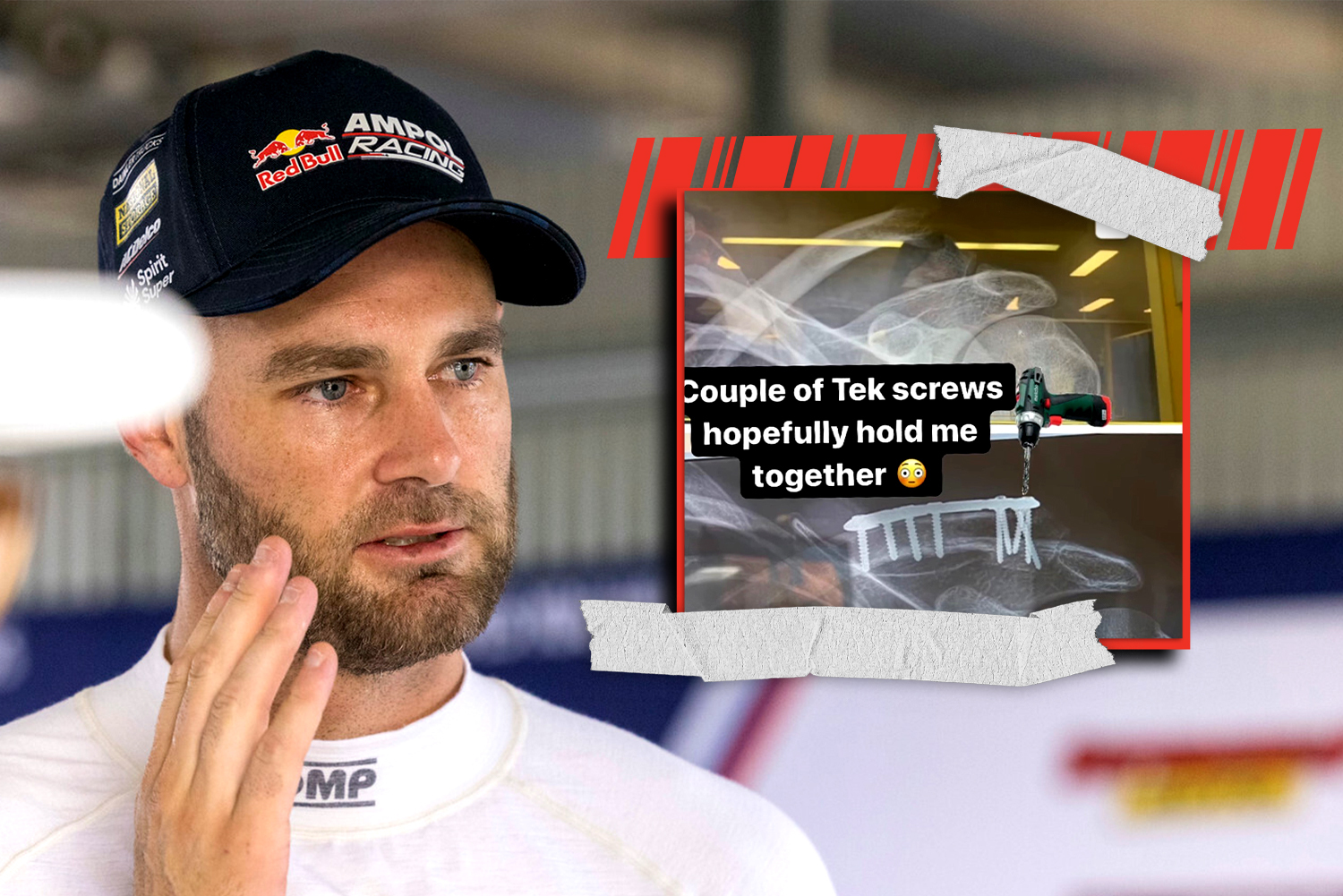 Shane van Gisbergen has revealed the full extent of his collarbone injury, sharing a graphic photo of a recent X-ray.

The snap posted to the Red Bull Ampol Racing driver's Instagram story shows striking before and after images, giving his followers their first look at the severity of the break to his left collarbone.

Visible is the plate inserted into his shoulder which he will have for life, with nine screws holding it in place.

The 31-year-old underwent surgery following a mountain bike accident on March 6, and is said to be “80 per cent ready” to drive in this weekend’s Penrite Oil Sandown SuperSprint.

Remaining upbeat about his progress, the Kiwi racer added a spirited caption to his post: “Couple of Tek screws hopefully hold me together”.

It’s the latest update from van Gisbergen on his recovery since revealing he underwent hyperbaric oxygen therapy last week, in an effort to speed up the healing process.

Triple Eight confirmed to Supercars.com van Gisbergen has been showing positive signs of being ready to continue his championship bid on Saturday, just two weeks after the accident.

Van Gisbergen has been behind the wheel of select cars at Queensland Raceway and Norwell this week, ahead of traveling to Melbourne.