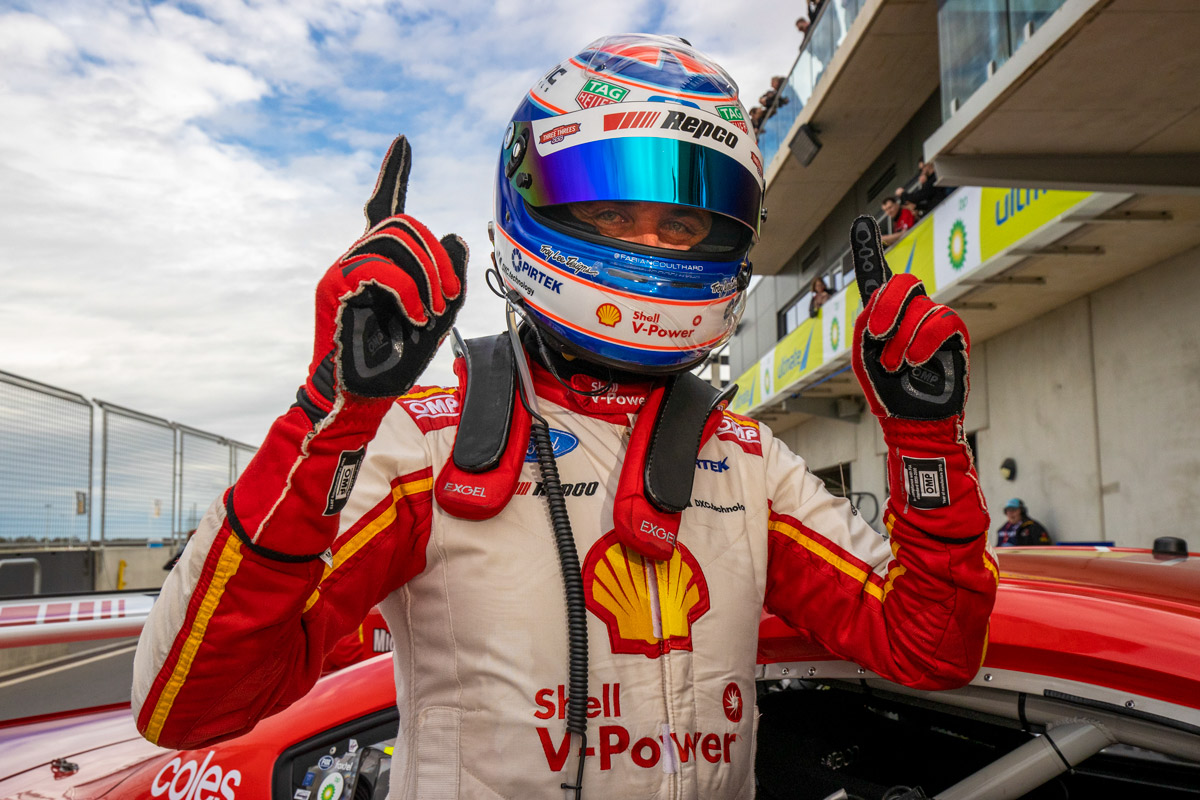 If there was one thing Fabian Coulthard and Mercedes F1 driver Valtteri Bottas could agree on, it’d be that being teammates with the sport’s most dominant driver is no small order.

Much like Bottas has to contend with in being directly compared to Lewis Hamilton, Coulthard often cops heat for not matching Shell V-Power Racing teammate Scott McLaughlin enough.

McLaughlin is already well on his way to a third successive Supercars title for the Ford powerhouse squad – but it was Coulthard who shone brightest at the Repco The Bend SuperSprint.

With a first, fourth and second, Coulthard bagged more points than any of his rivals across the weekend’s three races in what was his 200th championship round.

The Saturday victory – his first win in more than 16 months – came courtesy of a calm drive to outsmart Ford counterpart Jack Le Brocq.

And for the first time this year, the 38-year-old qualified inside the top five for every start.

“A little bit is my driving, my style, I’ve tuned that up a little bit,” he said of the step forward.

“I said after the Race 3 in Townsville I thought that we had found a bit of a gain and obviously this is the first race [meeting] after that and I would have to say it’s confirmed that we have found a small advantage for our side of the garage.” 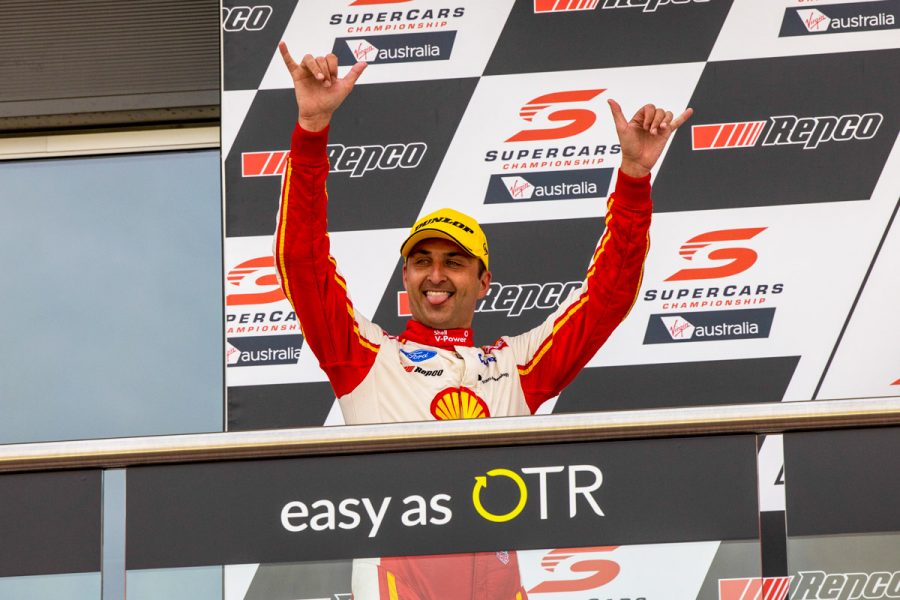 Asked if general criticism of his results had been unfair, Coulthard answered with a smile.

“This bloke here doesn’t help,” he gestured towards McLaughlin.

“It is what it is and we’re always put up against the toughest competition in the category.

“He’s obviously won two championships and is going for his third so it’s not easy to make someone look average – but you have got to remember that he has been flogging everybody, not just myself.”

Coulthard and McLaughlin’s Bend success has helped the Shell squad rocket into the lead of the teams’ championship, now 104 points clear of the Red Bull Holden Racing Team.

“I think the fact that we came in behind and we’re leaving ahead, it’s great for everyone’s confidence,” added Coulthard, who is sixth in the drivers’ standings.

South Australia will host the penultimate round of the 2020 season this coming weekend with the OTR The Bend SuperSprint.