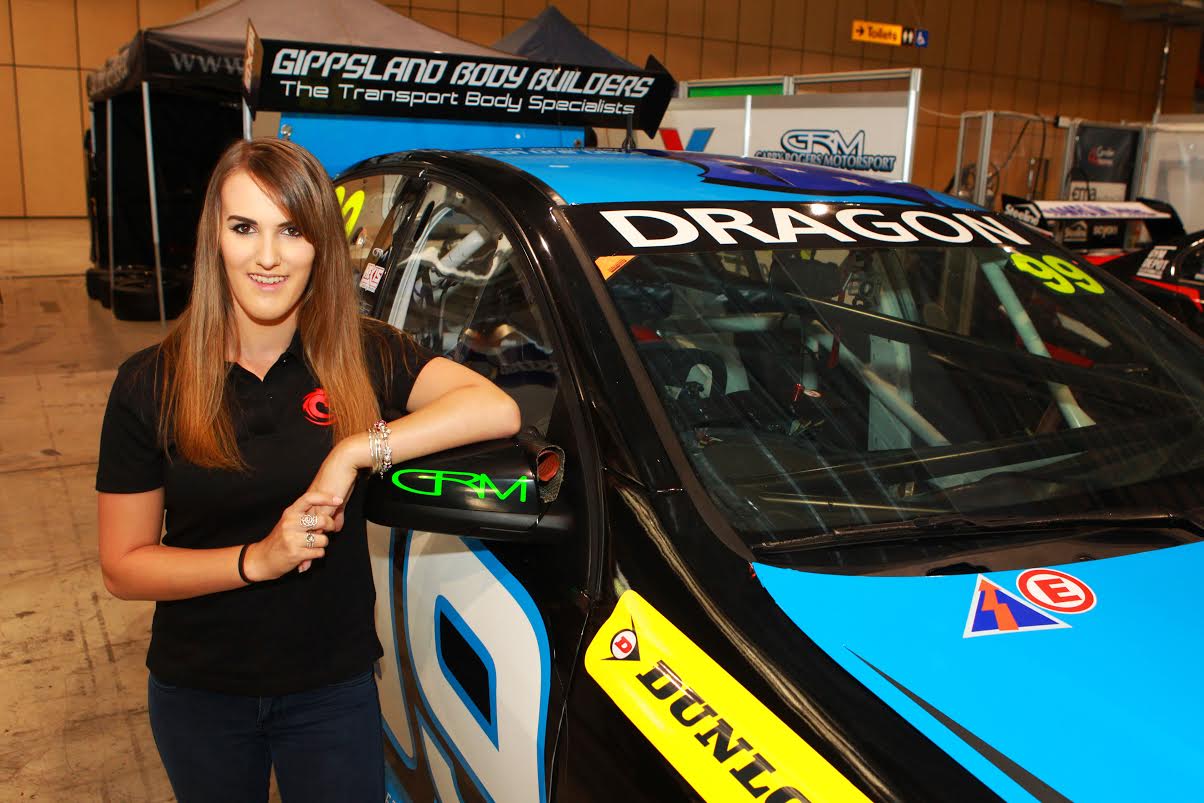 After contesting the category as a one-off at this year’s Clipsal 500, Chelsea Angelo heads to the 2016 event as a full-time competitor in the V8 Supercars Dunlop Series.

Angelo becomes the second full-time female driver currently in the category and will drive for Dragon Motor Racing for the 2016 season.

The 19-year old will take over from James Golding in the Garry Rogers Motorsport-built VEII Holden Commodore, as Golding progressing to a  new generation car, built and managed by GRM.

Angelo had the opportunity to test at Winton last month – her first time behind the wheel of a V8 Supercar since March – and can’t wait to hit the Adelaide streets next year.

“I have been working hard to get into the Dunlop Series for a long time and I’m just so grateful to Dragon and everyone involved for giving me this great opportunity,” Angelo said.

“I certainly don’t underestimate the challenge ahead. Joining the V8 Supercars Dunlop Series on a full-time basis will be a big step up, but I feel that I have taken the right steps throughout my career and working with such a professional team will put me in good stead for a positive year in 2016.”

Dragon team manager Joshua Evans believes Angelo will do wonders for the team.

“This is a coup for the team. Chelsea – with her success in Formula Ford, Formula 3 and recently in DVS – will be a real asset to Dragon," Evans said.

“I have worked with Chelsea since she stepped up from karting and always believed in her ability, positive outlook and the mature approach she has always taken in her driving career.”

Dragon owner Tony Klein agreed Angelo was the right choice for the team.

“Chelsea is a perfect fit for our team’s philosophy of giving young drivers the opportunity to progress their careers to V8 Supercars,” he said.

“From Chelsea’s start in bikes at the age of six, progressing through karting, Formula Ford and Formula 3 series, and now DVS, she is only one step away from the highest level of motorsport in Australia, and at the young age of 19.”

Next year’s Dunlop Series kicks off at the Clipsal 500 on the streets of Adelaide from March 3.

Thanks for the memories