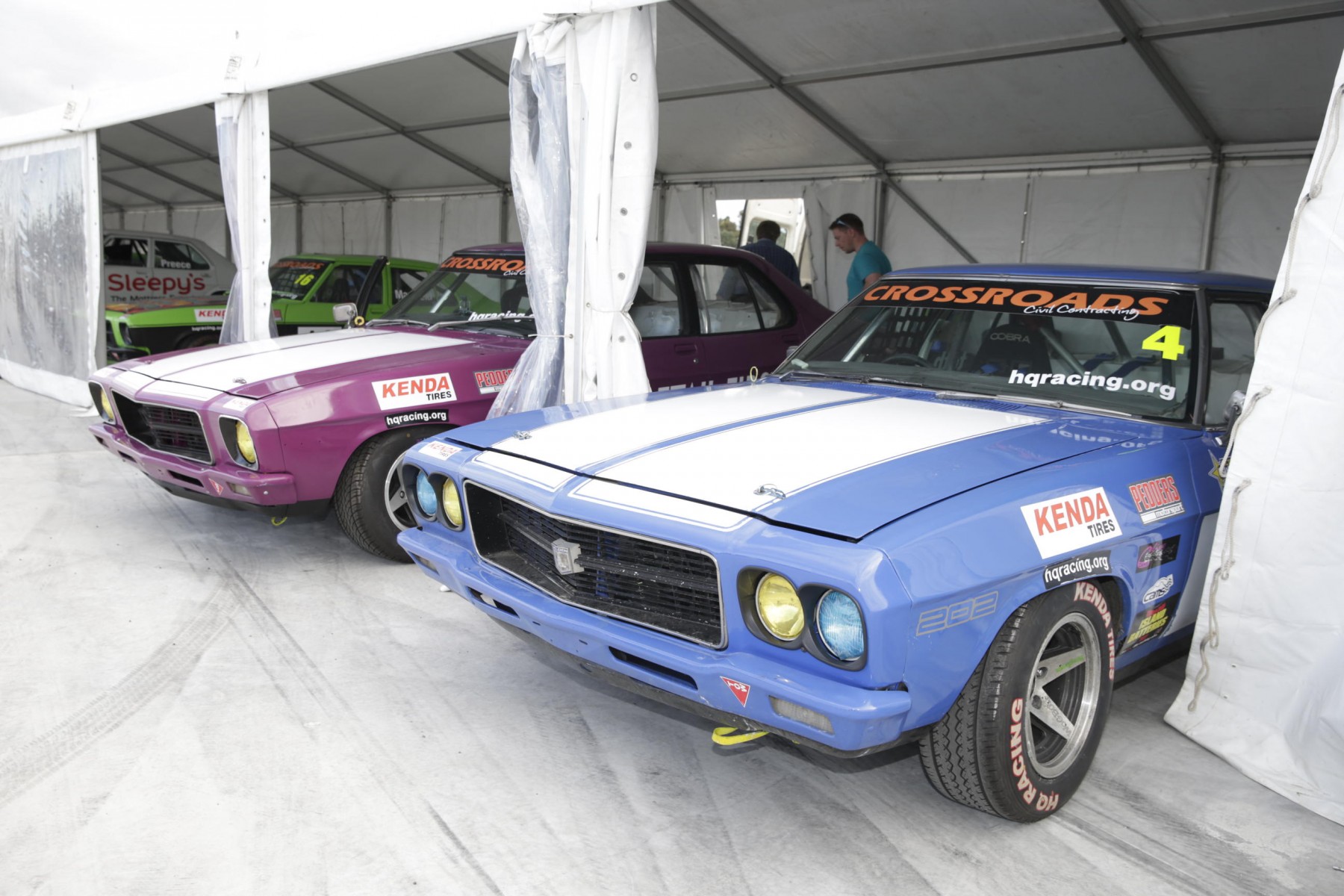 Better dust off your old VCR because the HQ Holdens are turning back the clock this weekend at the Tyrepower Tasmania SuperSprint.

Fittingly, they are on the programme with the V8 Utes and also Formula 4, which is full of kids too young to know what an HQ is.

In many ways, the V8 Utes have kind of taken over from the HQs as the all-Aussie support category that can get a little bit WWE at times. Which is why we love it.

Quality over quantity was the order of the day in Adelaide. Yes the entry numbers are down as the category changed management (with V8 Supercars stepping in to run the series) but the guys who have stuck around are the best in category.

Leading the way in Adelaide was David Sieders. Fans of this category will be well aware of how close he has been to winning this championship for the last few years. Hopefully this year he'll 'do a Frosty' and finally break through for that trophy.

The second ever Formula 4 championship kicks off in Tasmania. It's the first of 6 rounds and the first time the nimble open-wheelers have had a chance to tackle Symmons Plains' trademark hairpin.

While the entry list is fairly light on, this category proved last year that it is a wonderful launching pad for Aussie kids. Five drivers from last year's championship have moved to England or the USA to race. That's pretty damn cool.

Hoping to follow in their footsteps will be last year's Burson Rookie of the Year, Will Brown and Nick Rowe, who annihilated Formula 4's big names in a wet race in Sydney last year.

Not the Kingswoods! When I was a kid I was just as excited about watching the HQs tear around the track as I was watching the Touring Cars.

This category was bigger than Daryl Somers back in the nineties with huge fields of 40 plus cars tackling venues like the Thunderdome.

The schedule includes a Sunday twilight race long after the V8 Supercars have finished. I'm tipping this to be the most chaotic race all weekend.

You'll be able to catch all the support races live on Fox Sports 506 this weekend.