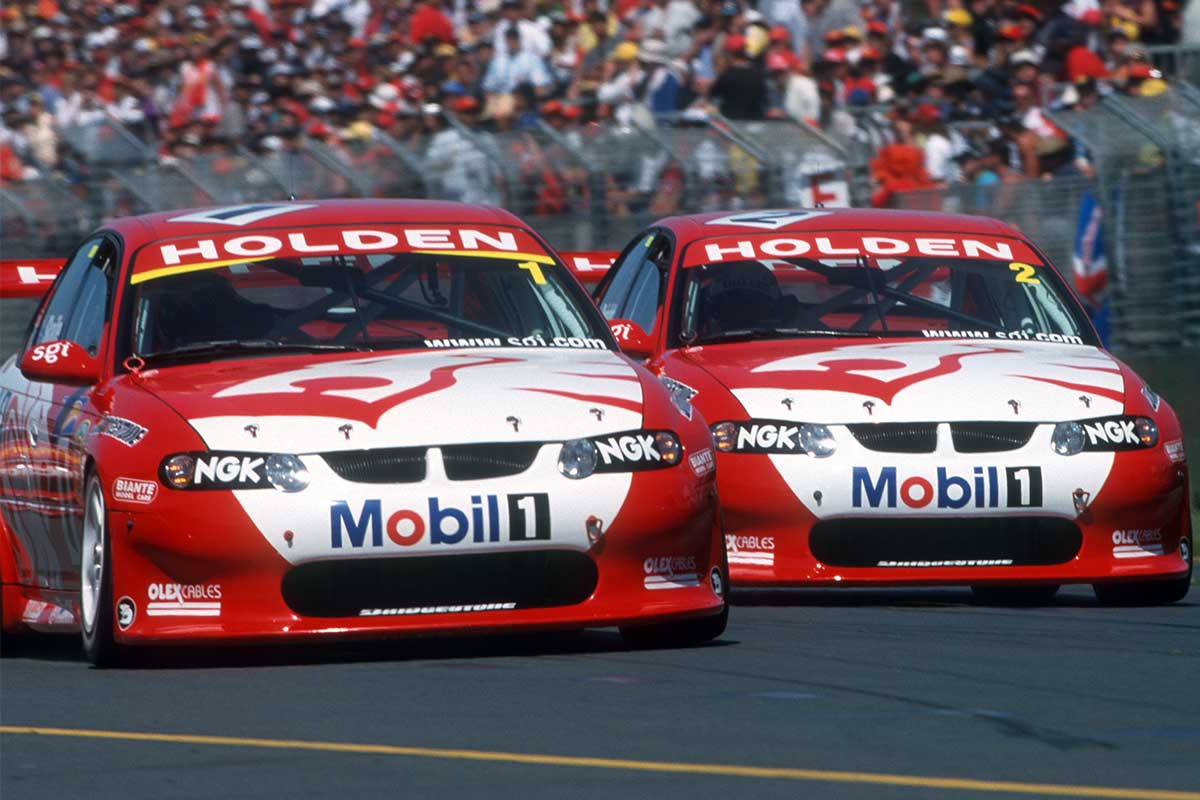 When looking for the architects of the intensely passionate following of the Holden brand in the Virgin Australia Supercars Championship, few people are more pivotal to the story than John Crennan.

Although his office was a boardroom and not the cockpit of a racecar, 'Crenno' was central to the marque's success on and off track as the chief of both Holden Special Vehicles and the Holden Racing Team through the 1990s and into the 2000s.

Although, as Crennan told Saturday Sleuthing, HRT came close to having the plug pulled on it multiple times before its era of domination.

What does an average day look like for John Crennan in 2019?

For 40 years I've been retiring each night with a list of at least five priorities that I'm going to attend to the next day. That's still going.

I'd describe myself as doing freelance work at the moment. As we talk I've got two projects on the go, one involving an AFL club, one involving an automotive company. On a busy week it might represent 20 percent of my time; on a not so busy week, 10 percent.

So I'm keeping myself business savvy-fit, one way or another. 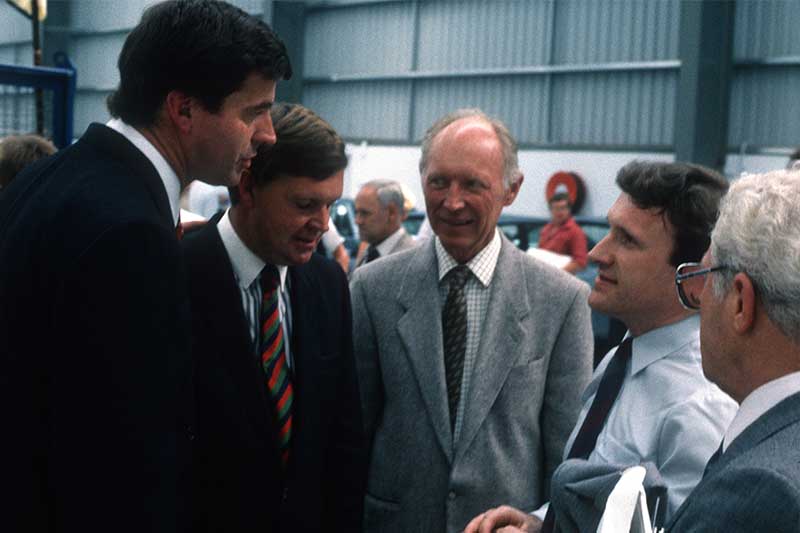 What were you more passionate about, cars or motorsport?

The car is obviously a work of art that is to be appreciated but, while there are product specialists in both the automotive and the motorsport game, it is the business, and the commercialisation and monetisation of those businesses that has interested and intrigued me the most.

So where did that passion come from?

My father was with General Motors for 42 years and, like so many people in those days, you followed your father's footsteps.

Fortunately, while he was involved in the purchasing and logistics side of the business, he told me that I was best suited to sales – and I suppose the sales side of my background at General Motors was what made me more interested in the overall business side of the game. 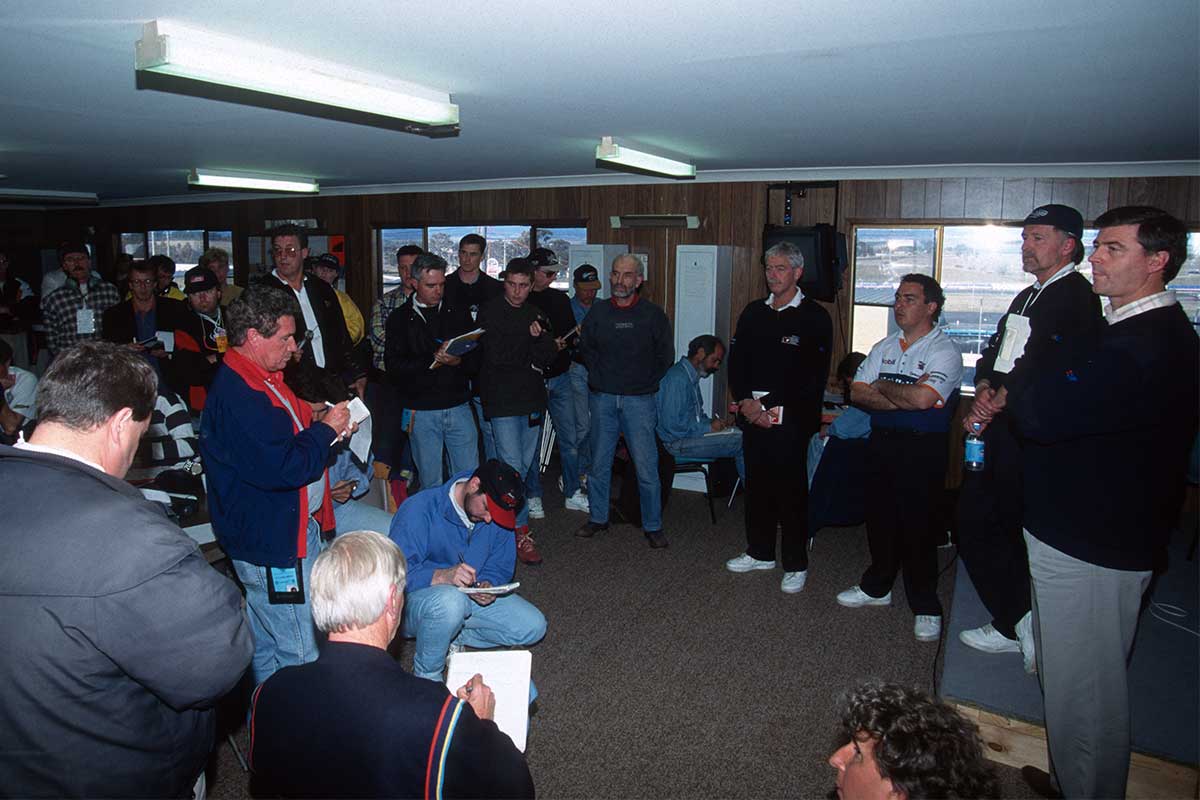 In that case, what was your first involvement in the business of motorsport?

That was in 1978 when I was made merchandising manager, and that involved me being in charge of advertising, sales promotion, activations, man power training, and motorsport.

The motorsport portfolio came under my jurisdiction at that time because the guy who'd been previously overseeing that was John Bagshaw – who was really the father of Holden Motor Sport – and he got transferred with a big promotion to Detroit.

That put you right there in the heart of things at the height of Peter Brock's Holden Dealer Team, but on the factory side of things. How did those next few years play out from a factory perspective, because from a racing perspective the HDT was the biggest brand of the day and the team to beat.

It was very much an administrative role, and one where you didn't overly interfere with the manner in which the Brocks and that worked.

And in those days, motorsport was pretty much banned by General Motors worldwide, so you had to be very careful in the manner in which you approached all those activities, and the sponsorship programs. 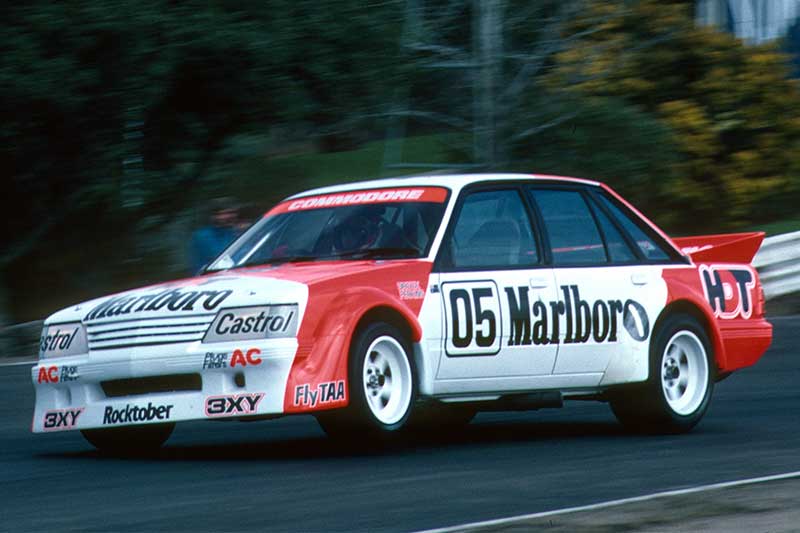 You didn't get involved in driver appointments but you helped wherever you could on sponsorships, and then making sure those motorsport activities transferred into the dealer organisation and into your sales and sales promotion activities.

Towards the end of the 1980s when you left Holden to join Holden Special Vehicles and its new racing team – soon to become known as the Holden Racing Team – did you consider that a risk or a gamble at the time?

Yes, yes I did. I certainly weighed it all up.

I'd been offered a couple of external roles in my early 40s, but when this one came along from Tom (Walkinshaw) – having lived through Brock's and the change when Holden felt they had to part company – I felt pretty good about it.

I felt that there was room for improvement by way of leveraging the motorsport activity and the special vehicles side of things.

Whilst I was apprehensive I still felt pretty good about it, and I thought at that stage of my career that we could give it our best shot – and if it failed, time was still on my side to pursue other activities! 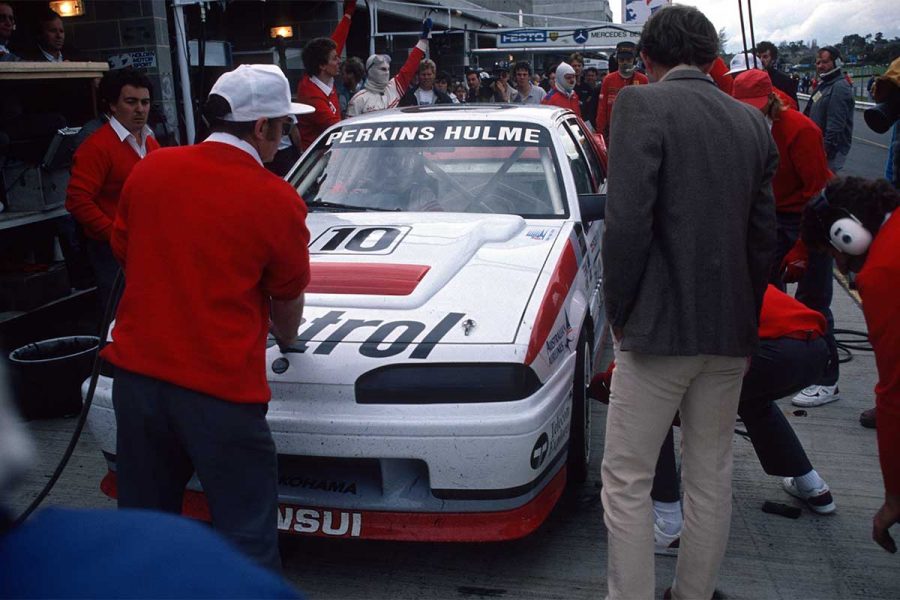 For younger fans who might not know, what was your role/what did you do across the road and race sides of HSV and HRT?

Initially I started off as CEO and managing director of HSV. At that stage Holden didn't want us necessarily getting involved in the motorsport side of things, they just wanted us to get a good job done at HSV.

I suppose we'd been running about three months when Holden changed their mind and said they'd like to have a race team!

There was no way known we could start from scratch, so I went and did a deal with Larry Perkins and he set us up in 1988 and 1989, until such time as we were in a position to get ourselves cracking.

Tom, at that stage, entrusted me purely with the commercial side of things; I didn't get involved in the relationship he had with (then-HRT team manager) Win Percy.

I found that very, very frustrating that while you were responsible for the overall operations – to a large extent – the racing team aspect of it was to the side.

That existed through to 1992-93 when I said to Tom, 'hey, I'm really not interested in just doing purely the commercial side, I need a greater feel for the overall business.'

That allowed me to then appoint Jeff Grech, and from that point on we didn't look back. But up to that point it was a hell of a struggle. 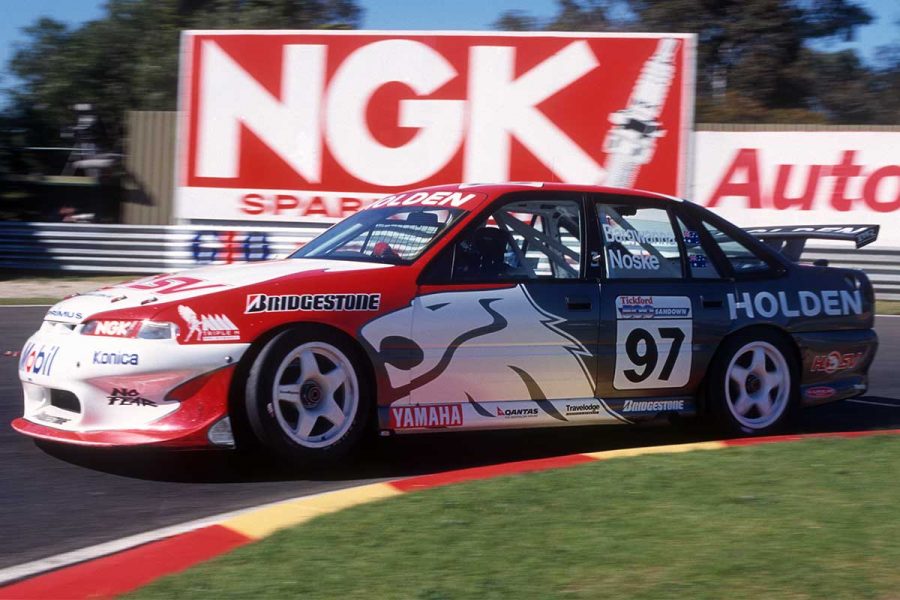 In those days, I could not fault it. In particular when we hit our stride.

I saw how he worked with other people and that was pretty ferocious, full-on and aggressive, but with me I couldn't have asked for a better boss because he said, 'John, it's your business, you run it the way you see fit.'

In those days, Tom was so preoccupied with all of his UK, European and USA activities; he was not the slightest bit concerned about what was going on here. We were small fry in his empire, and the mere fact that we presented no worries or difficulties meant that he left us alone.

I'd come out of an environment working at General Motors where Detroit kept a very sharp eye on every activity you did – you reported to them on just about everything!

Up until the demise of his operations at the start of 2003, I really had unfettered control of running both the race team and HSV, very little involvement from Tom at all.

Then when things went belly-up over there, Tom's only real business interest was out here. That's when it became a little more difficult to work with Tom as a boss. 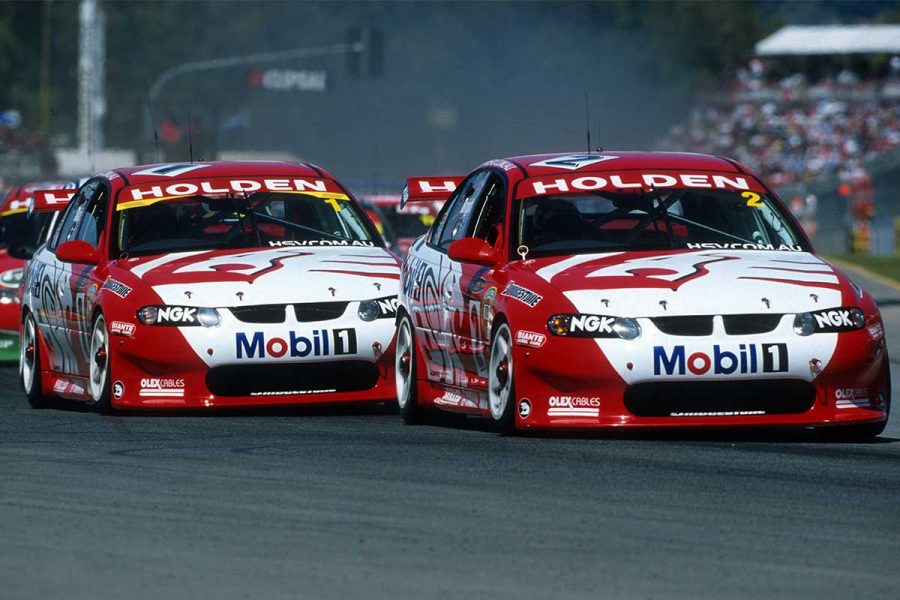 At its peak, HRT dominated the sport like few other teams. If TWR didn’t go under, how much longer could that performance have been sustained?

It's a very interesting question.

Let's put it this way: as I sit in my office I look across and see eight championship trophies that we won from 1996 through until 2002 under HRT, then another two in 2006-07 as HSV Dealer Team.

That loss of momentum as a result of the receivership over there and going in all sorts of directions for a few years, it's fair to say that we won those eight championship in 12 years, and in the 12 years since then there hasn't been a championship won.

As successful as those years were, the early days of HRT were very tough. How close did Holden come to pulling the plug on the Holden Racing Team in the early-to-mid 1990s?

First and foremost Tom wanted to pull the pin in June 1991, and it took me two to three months to convince him not to do that. That's when I said to him: 'Can I please have a go at it and keep the UK factor out?' We dodged that bullet then.

Then in September 1993 Holden indicated to me they were looking elsewhere – Gibson Motor Sport – and Tom had lost all interest.

We did our best to turn that around, and the conversation I had with Brock at Bathurst in 1993 that led to him joining HRT was significant in that. Although GM and Tom took some convincing, Brock joining HRT changed the whole dynamic.

Then at the end of 1995, General Motors gave Tom and I notice of termination. I managed, behind the scenes over a three or four-week period, to have that decision reversed thanks to Kevin Wale (Holden's head of marketing) and Bill Hamel (Holden's managing director).

The next year we went on and won the championship, but the dilemmas of Bathurst 1995 live long in my memory! 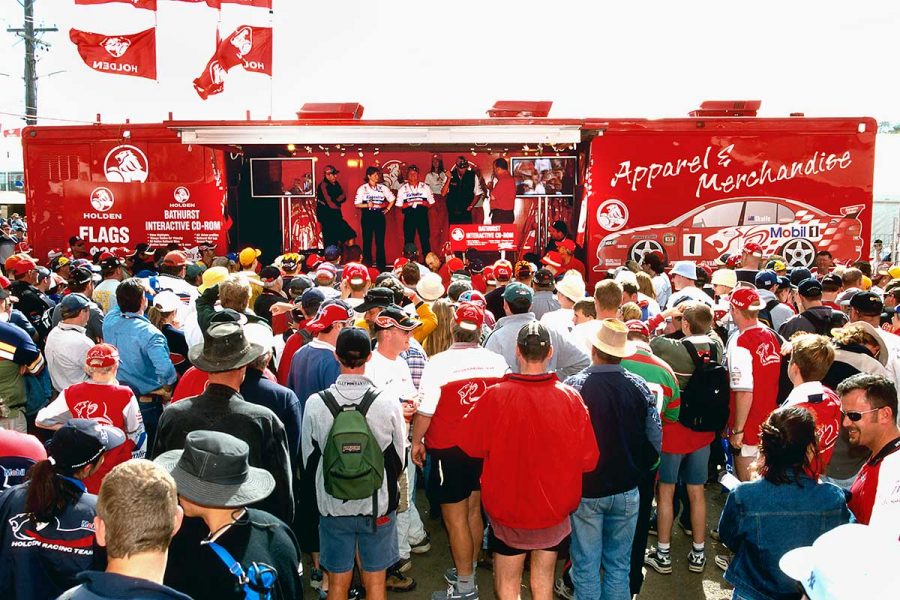 Do you think it’s possible for such a relationship between a race team and a road car operation to prosper as strongly now or in the immediate future?

I just don't think you can get a better combination than delivering on the racetrack and transferring all that success through.

It knocked the hell out of me (in mid-2016) when I saw HRT had been sacked by Holden and that HSV was standalone. I found that very awkward, that was a tough one.

I'm still a true believer in a race team and a special vehicle operation being joined at the hip and working to everyone's benefit, and bringing an enormous glow to the brand they're representing.

After leaving HSV you held various roles with Supercars teams including Kelly Racing and DJR Team Penske. Will we see you back a role with a Supercars team in the future?

No. My greatest love in the game is being able to do sponsorship deals.

In 2002, before the dilemmas overseas, our income level for HRT was $13.5 million, made up of $8 million in sponsorship, $2 million in prize money, and the rest coming from the net profit of merchandise.

I'm certainly well past having any direct team involvement, but to be able to do sponsorship deals or business activities that generate income for race teams, that to me is still very important, and making sure they're enduring sponsorship relationships. 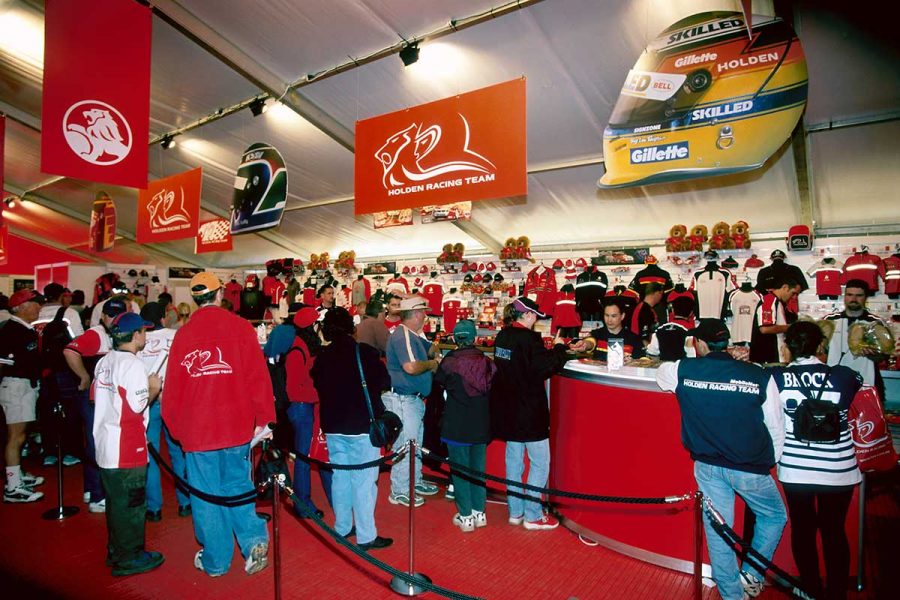 What’s the most satisfying thing you achieved in motorsport on a personal level?

Weirdly enough, eight championship and seven Bathurst wins are good, but they're gradual.

It's really the commercial activities and the building of the commercial business that, to me, is the secret to everything: you get the budget and you'll get your successes.

Creating a lot of varying activities, such as the merchandise sales where we got that to $11 million dollars in any given year, setting up specialty shops, licensing memorabilia sales, those are the sort of things that make me feel good.

An activity such as Holden Young Lions, that was very satisfying. We started some great careers for drivers.

But overall I would have to say the development of not just sponsorships, but other income-producing activities around the team is really important.

That gave you the budget to get the right people and hopefully put the package together that was going to make you very competitive.

In that sense, working the last four years of my career with the Penske organisation was inspirational.

Their commitment to doing business and running a race team in such an elegant, modest and classy manner was a breath of fresh air amid those with otherwise overly-aggro and often confrontational tendencies.

Ryan Story (DJRTP managing director) and Chris Wilson (DJRTP commercial director) are two of the most capable operators I have worked with in all my years in the sport.