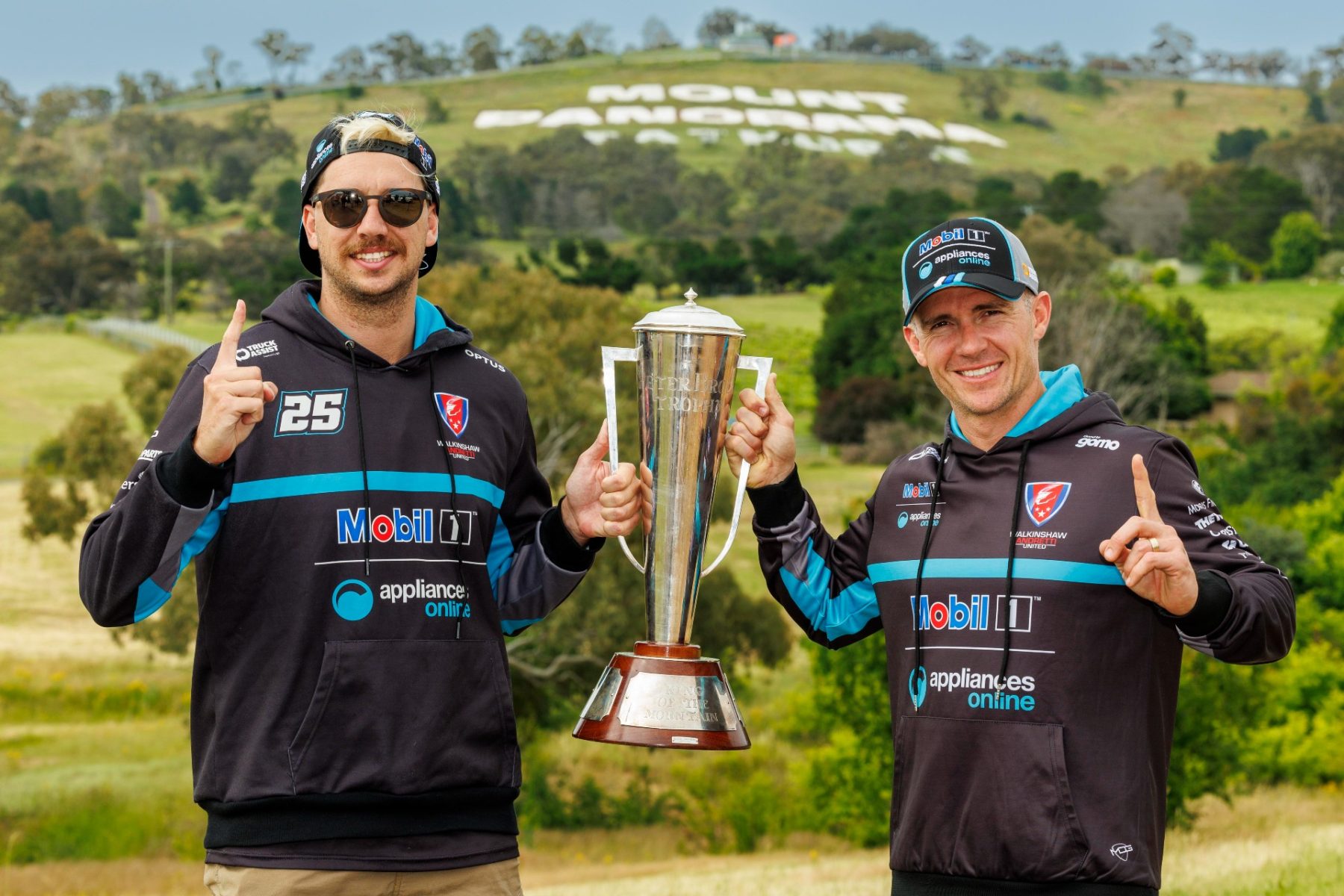 It marked Mostert’s second Bathurst win, and veteran Holdsworth his first at his 18th attempt.

There could be more excitement on the horizon for Mostert should he request a reward from WAU co-owner Brown.

American Brown, who is also CEO of the McLaren Formula One team, owns an impressive car collection and has delivered on some promises to some of his drivers.

Brown bet Australian F1 ace Daniel Ricciardo that if he scored a podium for his team, Ricciardo would get to drive NASCAR legend Dale Earnhardt Sr's 1984 race-winning Chevrolet Monte Carlo.

Ricciardo duly won the Italian Grand Prix, and took the wheel of Earnhardt Sr's stock car on at the United States Grand Prix.

Brown also bet Arrow McLaren IndyCar driver Patricio O’Ward a steer of the McLaren MCL35M at the post-season Abu Dhabi should he win a race.

Mexican O’Ward won two races on his way to finishing third in the points, and has recently been to the McLaren Technology Centre for a seat fit.

Mostert, who helped co-owners Brown and Michael Andretti to their first Bathurst wins, believes he can convince Brown to reward his Bathurst breakthrough. 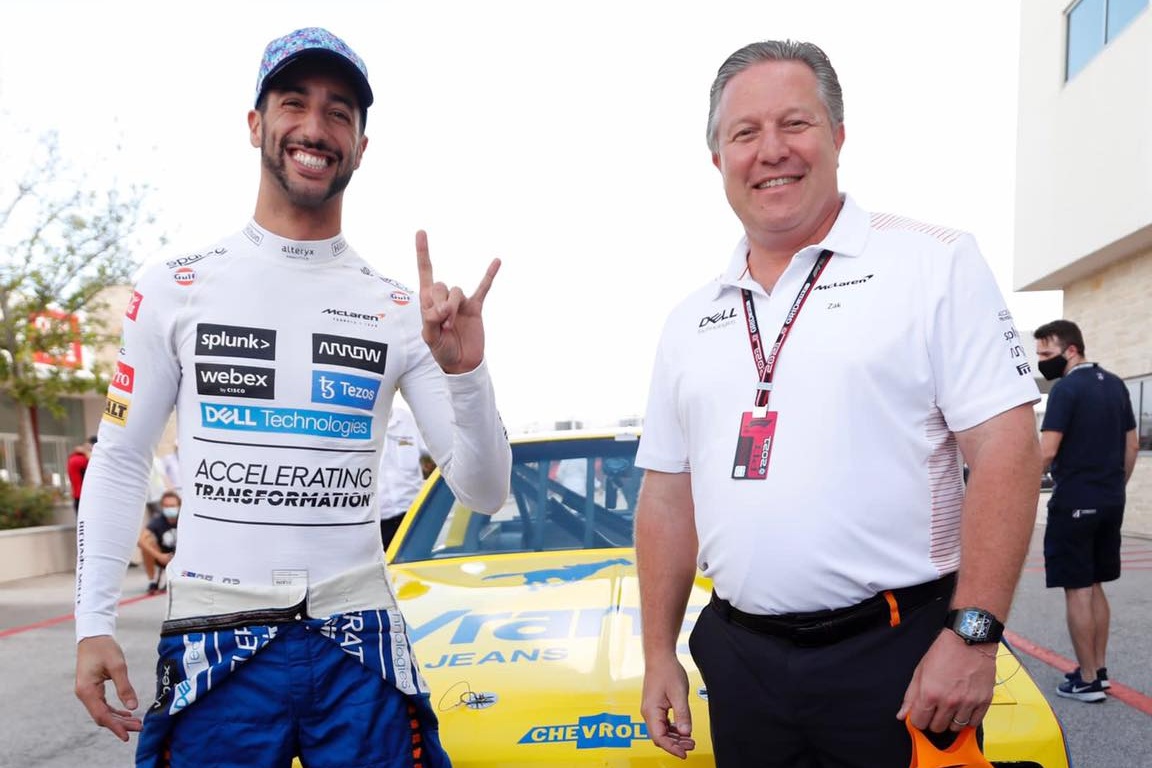 Ricciardo and Brown in Texas in October

“We never really settled on anything, but I reckon he owes me now for sure,” Mostert said.

“I’d better have a look through his garage and work out what I want to drive.

“I think there’ll be a couple of happy co-owners.”

“Do you want to come along too, Moff?

Mostert and Holdsworth had to work for their win on Sunday following a mid-race puncture.

Mostert defied a racy Shane van Gisbergen to secure his third win of 2021 and third overall.

We are Bathurst champions!! What a drive @ChazMozzie and @leehold5worth, and awesome job everyone at @walkinshawandrettiunited! Great job too Bryce and Luffy for coming home 5th! What a win pic.twitter.com/ELm3rYODzt

The 16-time race winner paid tribute to WAU for preparing a dominant car.

“Just super grateful that the car that the team gave us was super fast,” Mostert said.

"We have got some days to reflect on this now, it’s just such an amazing team effort, I’m so proud of all our guys and the girls back at the workshop.

"The effort they put in for this race is second-to-none."