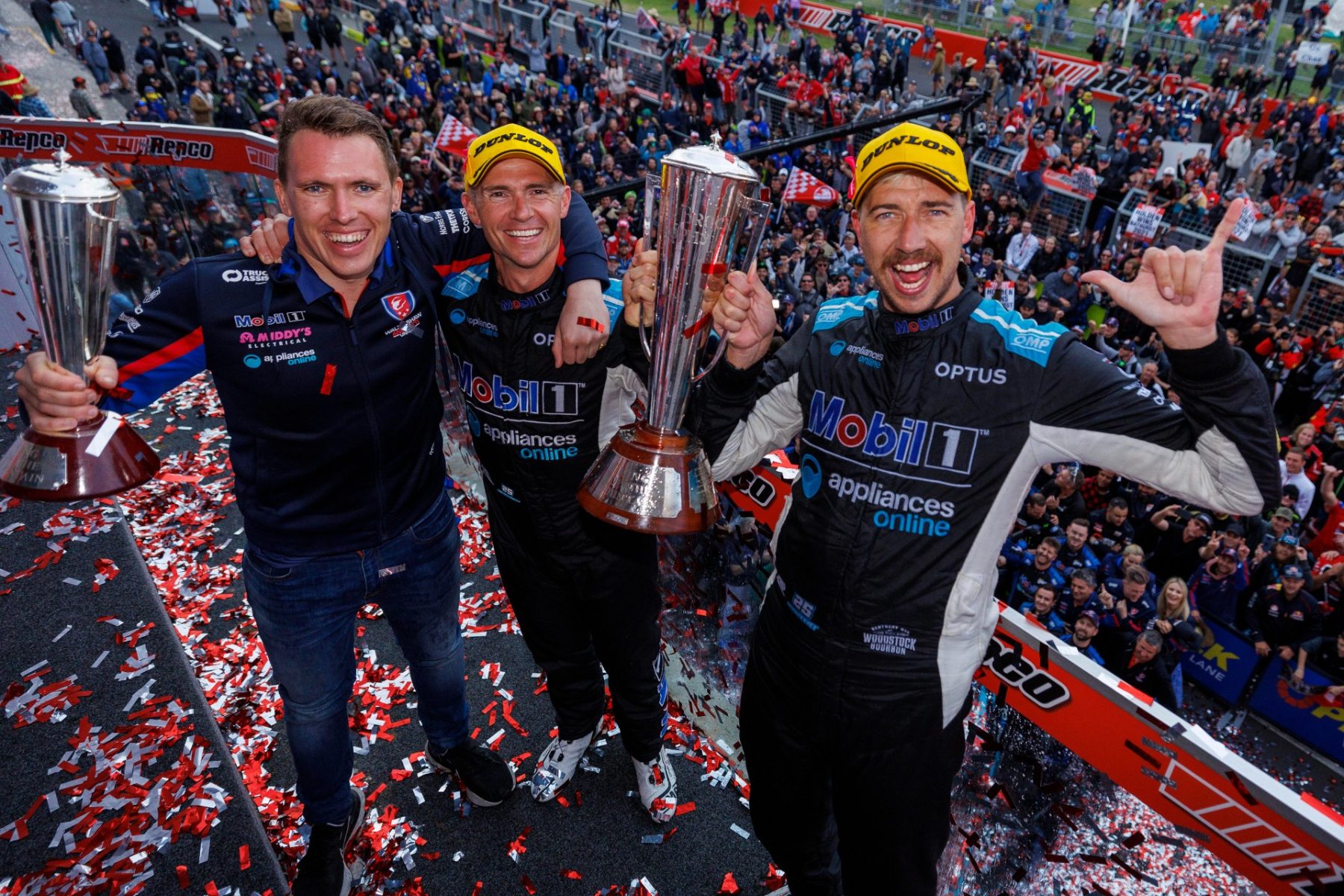 Lee Holdsworth has sealed his place in Great Race history, having scored victory in his 18th Bathurst 1000 start.

Holdsworth combined with Chaz Mostert to secure victory in the 2021 Repco Bathurst 1000 on Sunday.

Mostert helped himself to his second Bathurst 1000 win, having won the race with Paul Morris.

Morris made history in 2014 when he won his first Great Race in his 22nd start - the longest ever wait for a maiden Bathurst win.

In a remarkable piece of symmetry, Mostert’s first Bathurst win came alongside Morris.

"It's been a dream this week, like it's not going to sink in for a while, I don't think," Holdsworth said.

"This week it just couldn't have gone more to plan.

"We rolled out was such a quick car and Chaz has been quick and the team has given us a great car, so thanks to those guys, they're just amazing.

"This one's been a long time coming for me, so I'm just stoked to get that one and this we are going to enjoy."

It was a day of milestones for the other podium-finishers; David Russell - who made his Bathurst debut in 2003 - scored his first Bathurst podium on his 12th start.