Scott McLaughlin has extended his Virgin Australia Supercars Championship lead by recording his 15th win of the season at the OTR SuperSprint.

The Shell V-Power Racing driver was quick to make amends for losing ARMOR ALL Pole to rival Chaz Mostert, taking the lead off the start.

Mostert tracked McLaughlin through the first seven laps before pitting and attempting an undercut but, with McLaughlin taking service a lap later, the order remained unchanged.

The Supercheap entry stalked McLaughlin for the remainder, until having to back off to conserve fuel on the final lap, taking the flag seven seconds behind.

McLaughlin said: “I knew the start was going to be the key and that was probably the best start for me for the year. That was just hooked up and got going.

“[There's been] a lot of hard work behind the scenes. I’ve been working hard on my fitness and on the preparation side for Tailem Bend, as well as the team on the car.

"I’m just proud that it all came together.” 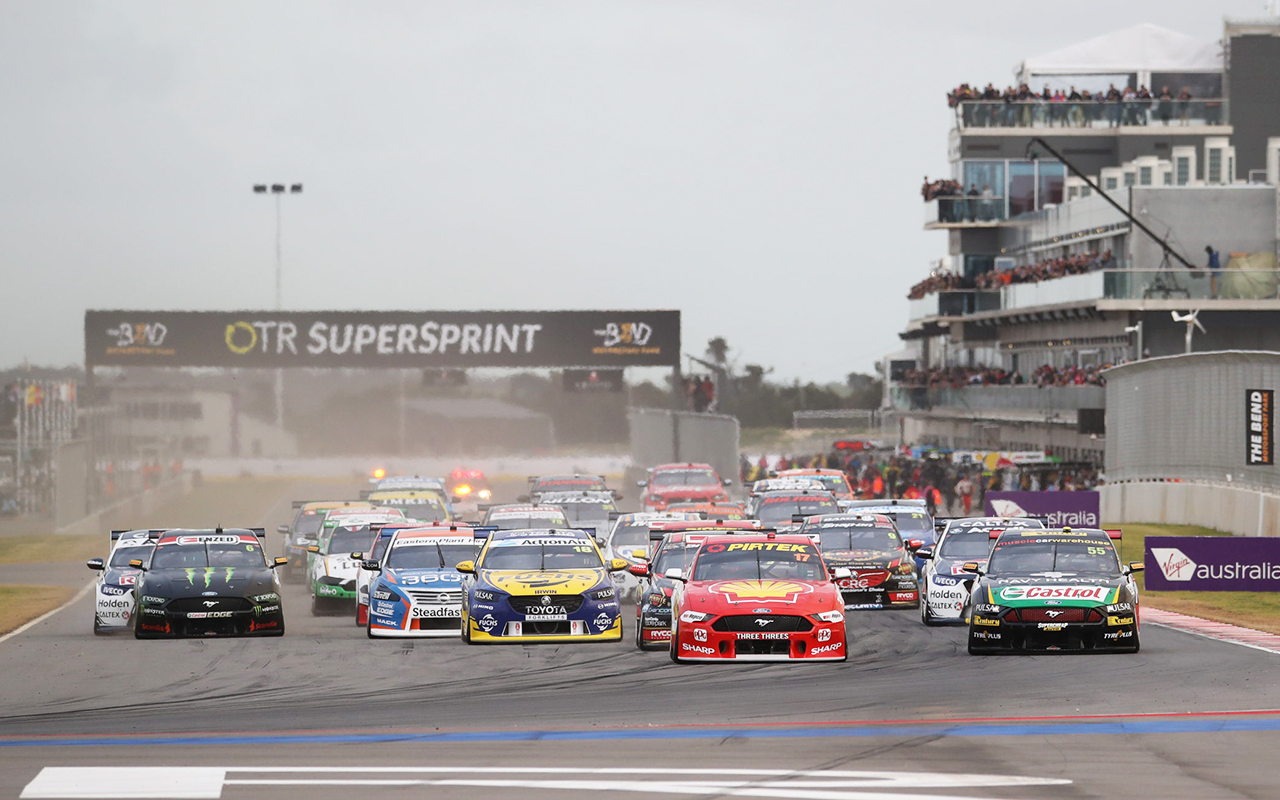 Mostert, who moved up to third in the standings with second place, was surprised to have lost out at the start.

“He kind of out-grunted me … the launch and all that was OK but I just couldn’t go in a straight line with that thing,” he said.

“I was able to keep the gap for most of the race with him so I’m pretty positive, I’m looking forward to tomorrow.”

He added of the late fuel scare: “I think there was plenty but just being cautious, you never want to come across the last couple of corners and have a big cough.

“The guys know their numbers but they are never 100 percent, so yeah ,when the alarm is flashing at you, you just back out of it.”

The two Mustangs were clearly the class of the field, with third-placed Anton De Pasquale a full 25s behind the winner at the end of the 24 laps.

Diverging strategies meant McLaughlin did not regain the lead until lap 19, with De Pasquale among those going longer than the Mustang duo.

Starting fourth, De Pasquale pitted from the lead on lap 12 and, despite a stall and near-miss with Fabian Coulthard as he rejoined, took the second podium of his career.

Mark Winterbottom converted third on the grid into a fourth-place finish, holding off a train of cars led by the Kelly Racing Nissan of Andre Heimgartner.

Fifth for Heimgartner marked a strong debut for the Nissan Altima’s revised aerodynamic package, on an otherwise tough day for the team. 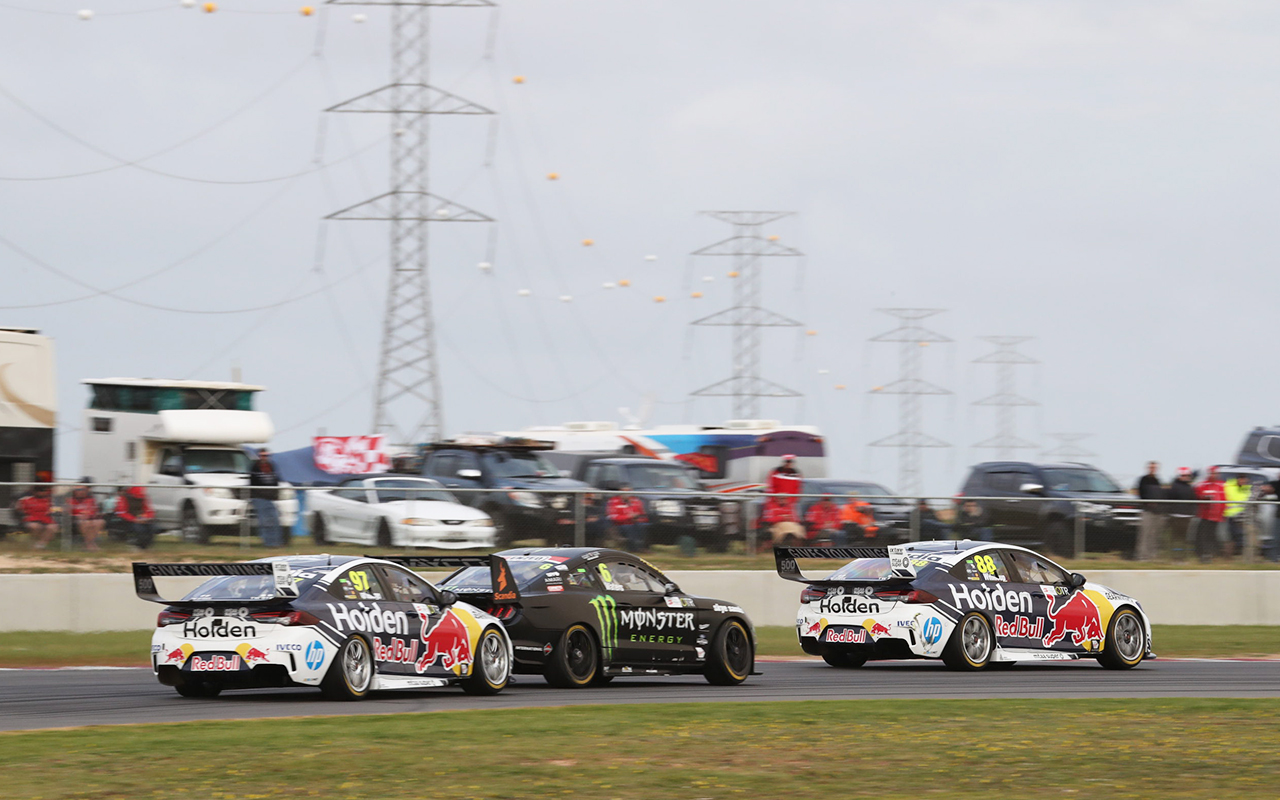 Reynolds and Percat were among the last to stop, rejoining eighth and 10th after pitting on lap 17, before attacking the closing laps on fresh rubber.

Jamie Whincup was 11th, having dropped three spots with an off at Turn 1 in the early stages while trying to round up Reynolds.

Fabian Coulthard was a lacklustre 12th in the second of the Shell V-Power Mustangs and is now 514 points adrift of McLaughlin in the championship.

The opening lap featured two incidents, starting with Macauley Jones and wildcard Thomas Randle clashing at Turn 1, both spinning to the back of the field.

Further trouble occurred at Turn 6, where a three-wide squeeze between Rick Kelly, James Courtney and Will Davison spinning the Milwaukee Mustang.

Kelly was dealt a drive-through penalty for triggering the incident, having been on the inside and tagged Courtney, who then hit Davison. The Castrol Nissan finished 23rd.