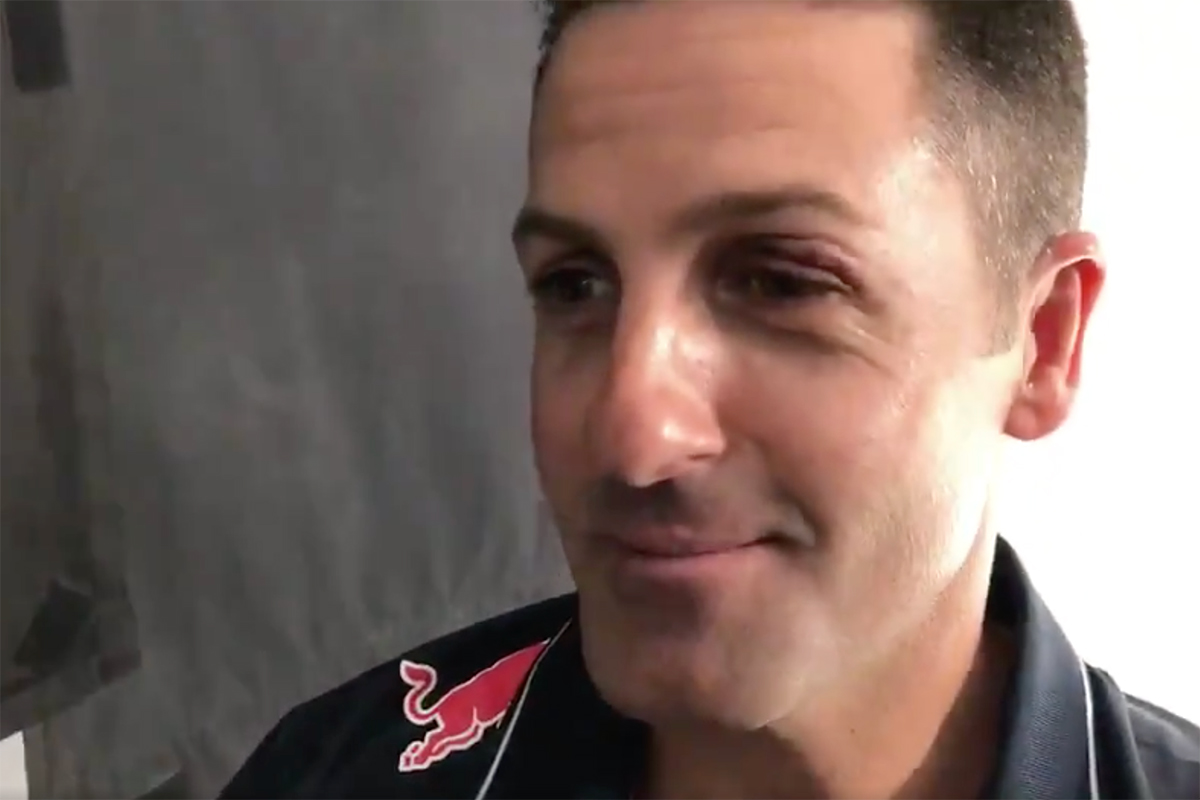 Jamie Whincup will head to the OTR SuperSprint looking a little worse for wear after suffering a cut above his left eye just days out from the event.

In a video posted to the Red Bull Holden Racing Team’s Twitter account on Tuesday evening, Whincup explained the injury as being the result of an incident with a roller door.

“There's no good story, I wish I had some crazy crash on my jet-ski or something," he quipped.

"I ran into a roller door. In my defence, the roller door shut while I was inside, I turned around and ‘boom’.

Whincup is an ambassador for the new Bend Motorsport Park circuit and is among a host of drivers to have cut laps at the venue ahead of its inaugural Supercars event.

The seven-time Supercars champion drove a Mercedes-AMG GT3 on the venue’s GT layout in April.

His 2012 Bathurst and title winning Supercar features in the circuit’s Welcome Centre, placed there on loan from Whincup himself.