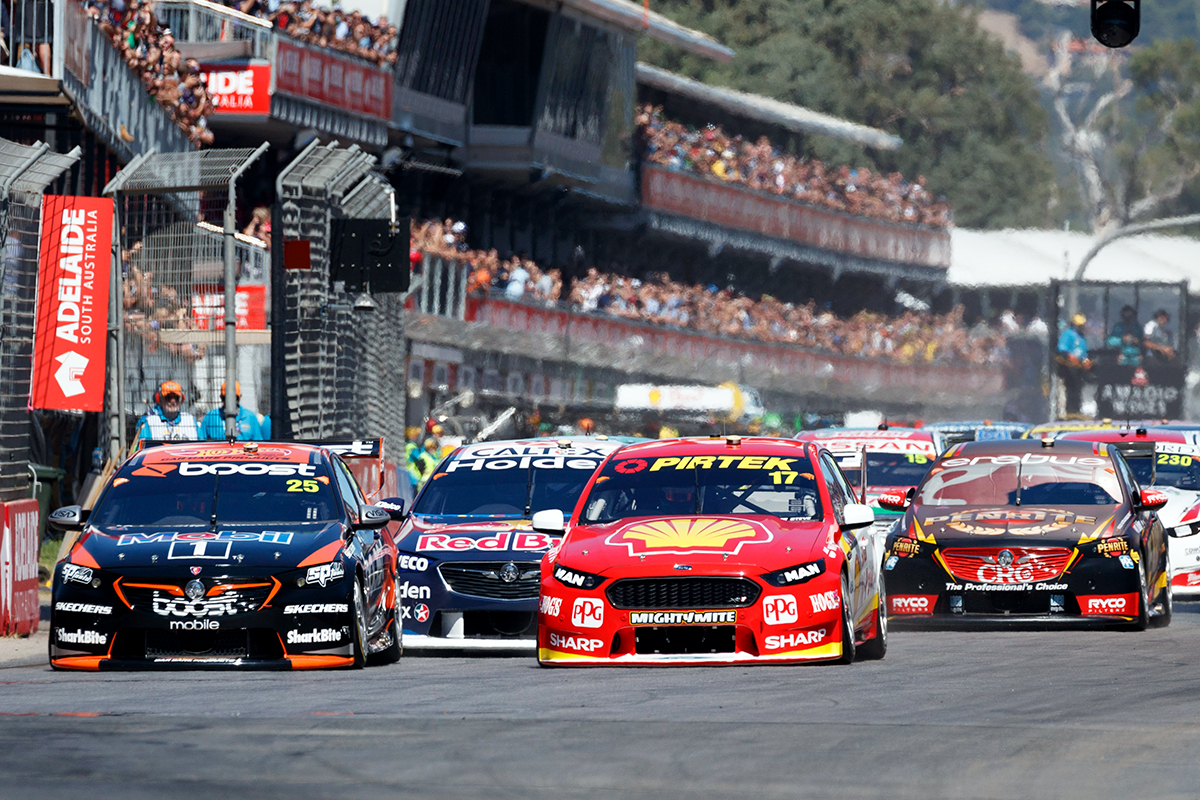 1. This year is the 20th anniversary of the Adelaide 500, which was first held in 1999, and the 16th time the event has hosted the first round of the championship.

Since 1999, a total of 42 Supercar races have been held at the street circuit, with Jamie Whincup the most successful driver with four overall Adelaide 500 event victories, 10 individual race wins and seven ARMOR ALL Pole Positions. 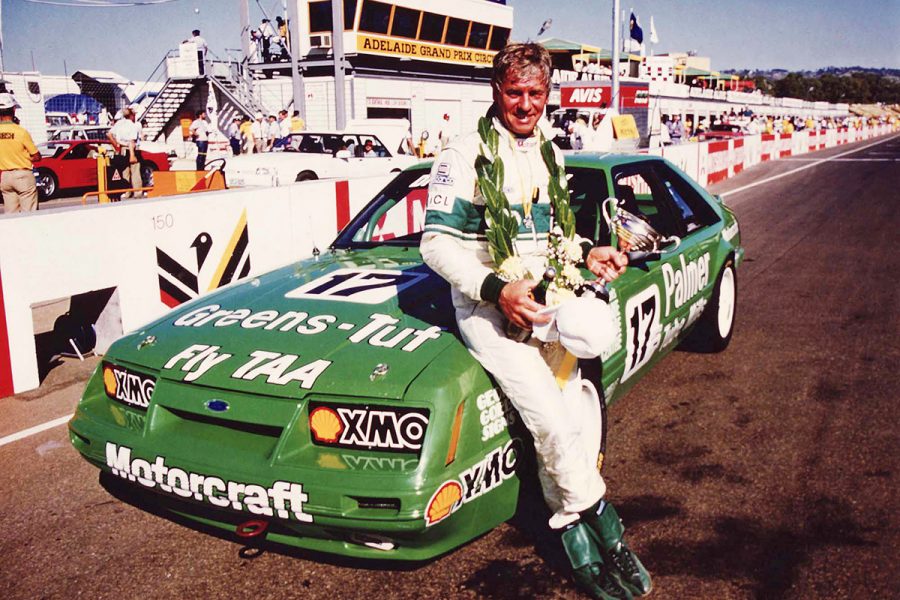 2. The Ford Mustang makes its return to the Supercars Championship grid for the first time in almost three decades, its last appearance coming at Phillip Island in 1990.

Adelaide is an appropriate venue for the new Mustang's race debut; Dick Johnson took the model to victory in the first touring car race on the city's streets, supporting the inaugural Formula 1 Australian Grand Prix in 1985.

3. Shane van Gisbergen is chasing a slice of Adelaide 500 history this week.

The Triple Eight driver holds a perfect streak of four pole positions and four race victories across the 2017 and '18 events.

A victory in the Saturday race will make him the first driver to win five races in a row at the event, while an overall win will complete a hat-trick of Adelaide 500 triumphs, a feat never before achieved.

4. Scott McLaughlin will notch up a career milestone in Adelaide, with Sunday's race his 200th Supercars Championship start.

The reigning champion's best result in the city of churches is a pair of second placings, most recently in the Sunday race of 2017. 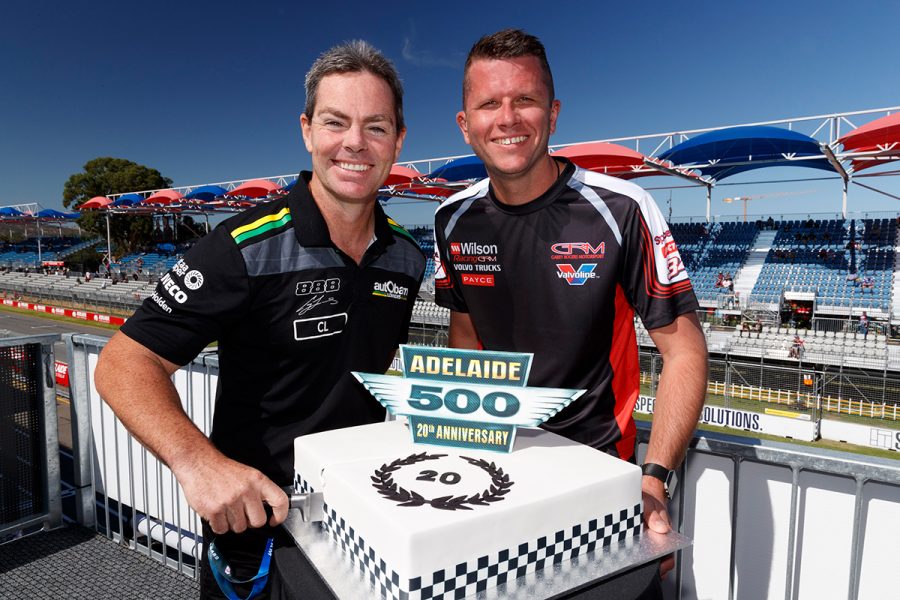 5. With no Craig Lowndes or Garth Tander on this year's grid, Rick Kelly is the veteran driver of the 2019 Supercars Championship field.

The Kelly Racing co-owner makes his 240th round start at the season opener and his 18th appearance at the Adelaide 500 – more than any other driver in the field.

But Kelly is not the oldest driver, that honour goes to 38-year-old James Courtney.

6. There are six Adelaide 500 winners in the 2019 field; Whincup, Courtney, van Gisbergen, Kelly, Will Davison and Nick Percat.

A seventh driver – Fabian Coulthard – has won a race in Adelaide though not yet won the event overall.

7. Mark Winterbottom continues his pursuit of a maiden Adelaide 500 triumph aboard a Holden, his switch to IRWIN Racing ending a run of 212 championship rounds in Fords.

The 2015 champion is yet to claim either a race or an overall victory in 15 appearances at the event.

Winterbottom's Holden debut will also break a tie with Peter Brock for 10th on the all-time list of career round starts.

No Adelaide 500 race has ever produced a 100 percent finishing rate, though it came close in 2010 when 27 of 28 starters finished on Sunday, and again last year when Whincup was Sunday's only retirement from a 26-car field.

Only six of the 42 races have been held without the appearance of the Vodafone Safety Car, including last year's Sunday race.

9. The smallest Adelaide 500 pole-winning margin is 0.0065 seconds, set on Sunday in 2016 when Coulthard shaded Chaz Mostert.

The biggest margin is 0.4957s from 2004 when Greg Murphy took pole over Jason Bright. 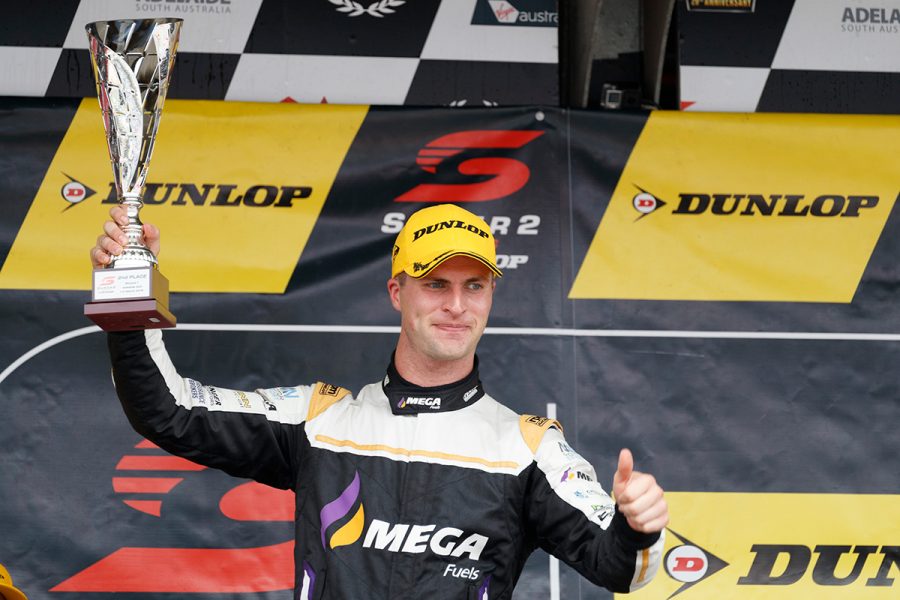 10. Adelaide 500 rookies Garry Jacobson and Macauley Jones embark on their first full Supercars seasons in 2019, but both have plenty of experience at the circuit.

Jacobson won the 2016 Dunlop Super2 Series round en route to that year's title and claimed pole and a race win last year, while Jones has made 10 Super2 race starts on the Adelaide streets.