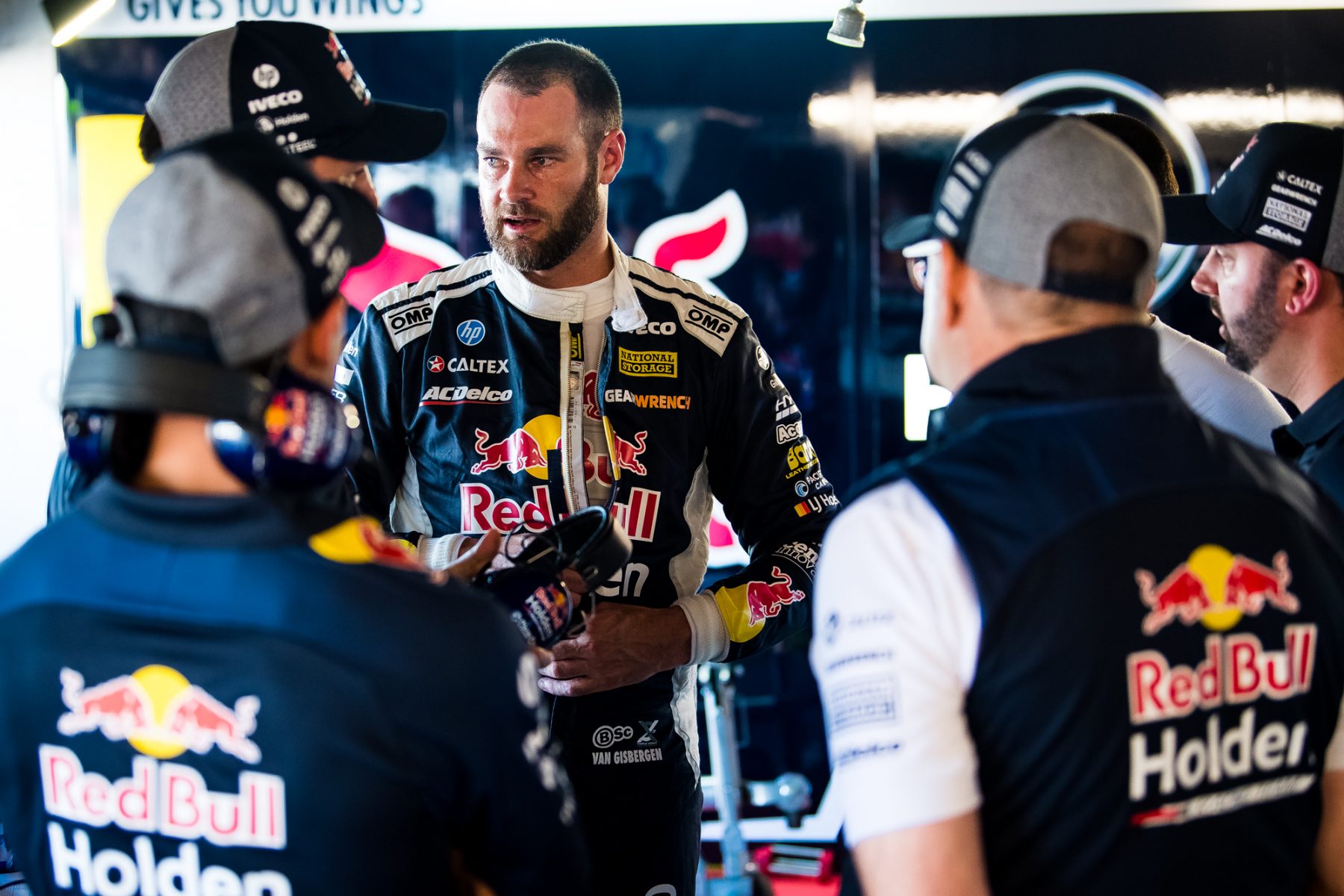 An engine problem was the cause of Shane van Gisbergen’s failure to finish the opening race of the Beaurepaires Melbourne 400.

Van Gisbergen slowed while running fourth on lap 22 of the 25, pulling off the road and parking on the right-hand side at Turn 2.

The 29-year-old had trouble downshifting when the issue occurred, leading to the team initially suspecting a problem with the new-for-2019 Xtrac gearbox.

However, the Red Bull Holden Racing Team has since confirmed that an engine problem was the root cause.

The team began changing the engine immediately after the race, ahead of Saturday’s second and third encounters.

Failing to finish drops van Gisbergen from second to fifth in the standings, now 142 points adrift of leader and reigning champion Scott McLaughlin. 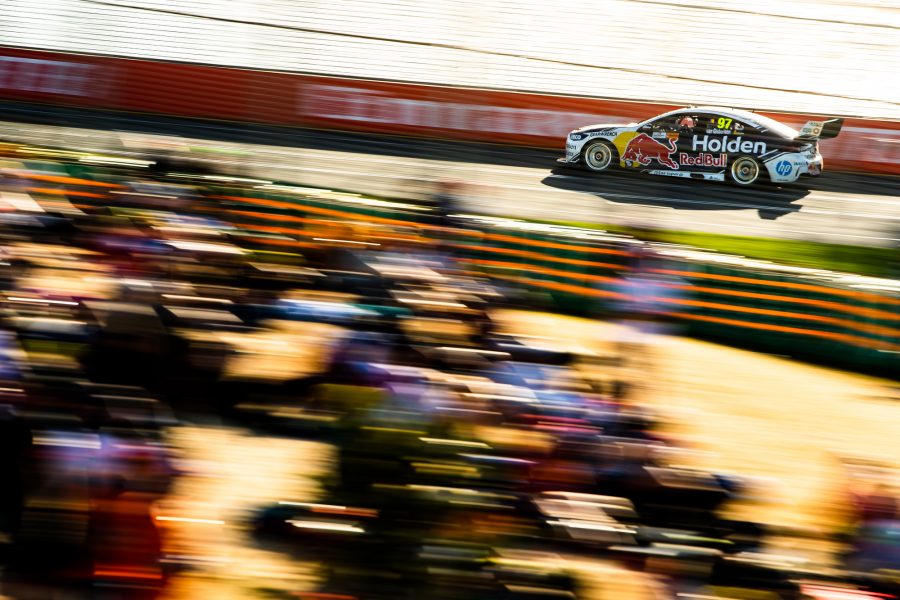 Van Gisbergen started fifth and, after passing Will Davison into Turn 1, ran fourth through the early stages.

He held back a train of cars in subsequent laps as he drove conservatively to save tyres ahead of what would be a 15-lap opening stint, the longest of anyone in the field.

"My qualifying was bad however the race was good and fun,” said van Gisbergen who, like race winner McLaughlin, paid tribute to the victims of today’s terrorist attack in Christchurch.

“I was trying to save tyres and push as hard as I could as there was no pace at the start with the other cars simply too fast for us. 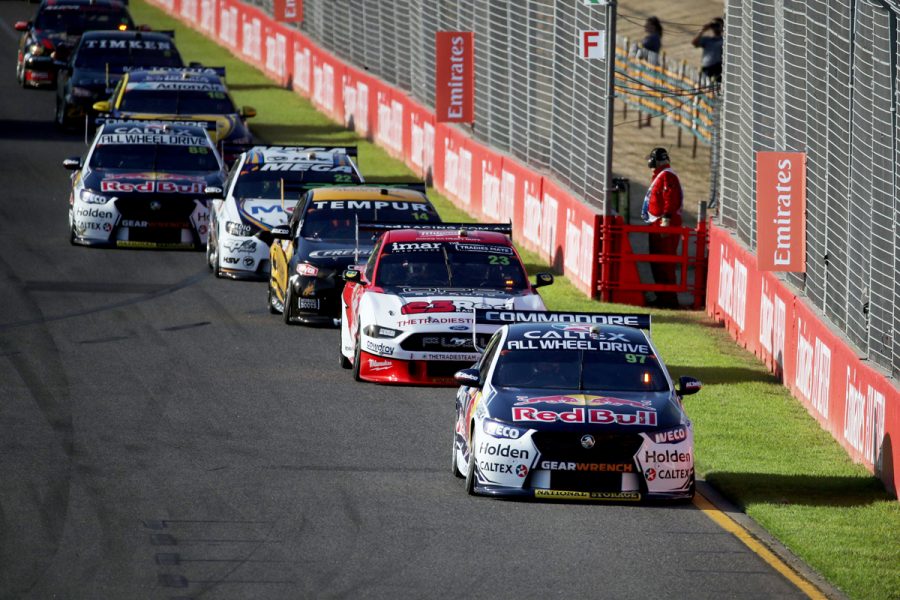 “Towards the end of the race I passed a few cars and was running down at the end but then had a motor issue. It’s a real shame to end the race.

“We will check the damage, hopefully it’s a not a big fix and have another crack at it with three races to go this weekend.”

Van Gisbergen will start 11th and 13th in the Saturday races after two difficult qualifying sessions, before lining up fifth for Sunday’s finale.

Team-mate Jamie Whincup turned seventh on the grid into an eighth-place finish in the opening race, on a tough day for the Holden squad. 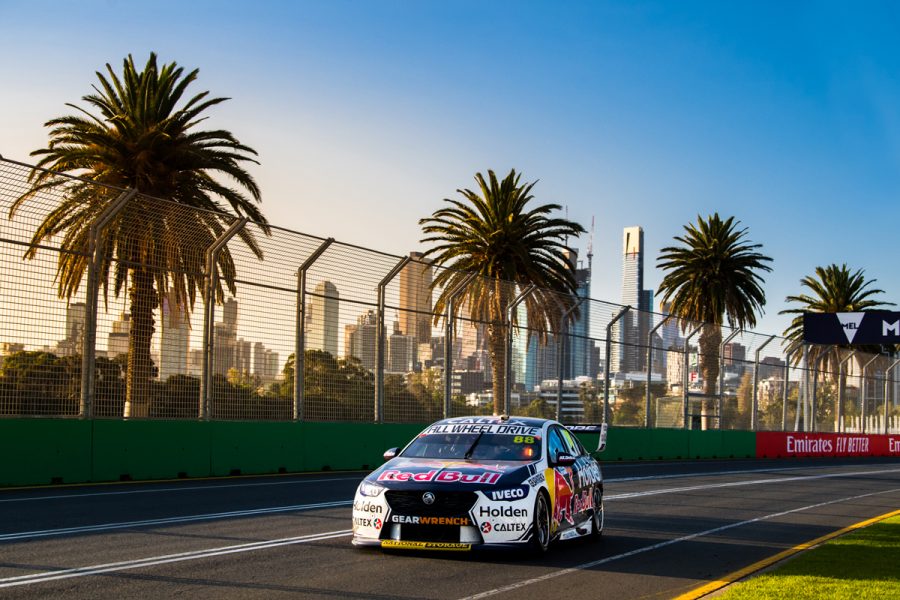 “I had a poor start to the race losing a spot straight away, so I need to do a better job there.

“Also, there is some very fast opposition out there, so our finishing position is combination of all those factors.

“Eighth position is down the order, a lot further than what we would like but that’s the way it goes.

“I am looking forward to starting a little further up, closer to the front, for the race tomorrow and getting some cleaner air.”

Whincup will start third, sixth and third in the remaining races.