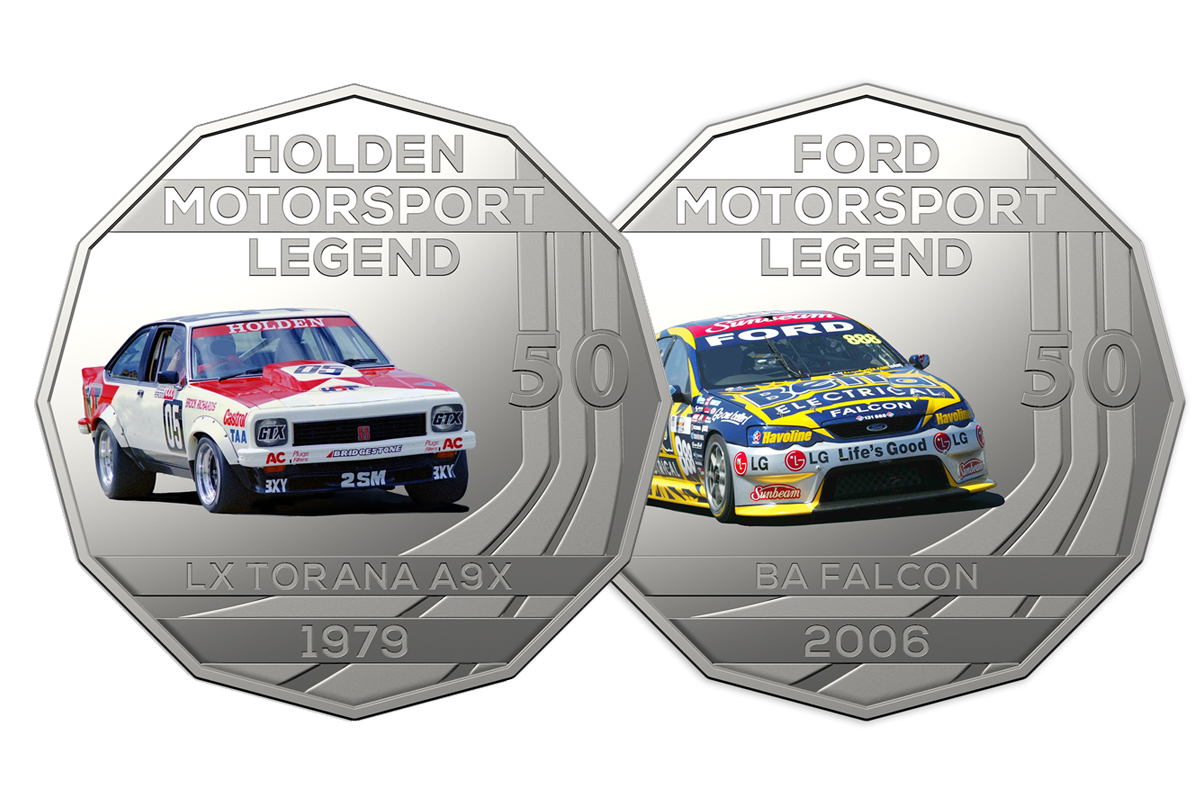 The Royal Australian Mint is paying homage to a group of iconic Ford and Holden race cars from the likes of Peter Brock, Allan Moffat, Dick Johnson and Craig Lowndes in a new series.

Two fresh collections feature seven, uncirculated 50cent coins each from Ford and Holden chronicling the success of the brands in Australian motorsport.

Six coins from each marque are also available for separate purchase, with models including the Mustang, Falcon, Monaro, Torana and Commodore.

Bathurst winners are the headline act, spanning Moffat's 1971 XY Falcon to Lowndes and Jamie Whincup's BA Falcon that won the Great Race in 2006, and including three of Brock's Holden Dealer Team entries.

Accompanied by a presentation card featuring information about the vehicle, 30,000 of each of the 12 new coins will be produced.

To coincide with the release, the Mint is hosting an online 'Reverendum' to crown Ford or Holden as the nation's favourite.

“Coins and cars are hot topics in collectibles, making this the perfect partnership. To celebrate the new coins, we are calling on all Aussies to have their say in Australia’s first ever Reverendum.

“Whether you prefer the classic Holden 1970 HT Monaro or the 1996 VR Commodore HRT, it’s your chance to have a say.

“Ford fans will be able to select from the Ford 1969 Boss 302 Mustang Trans-AM and the 1977 XC Falcon Hardtop, amongst others.”