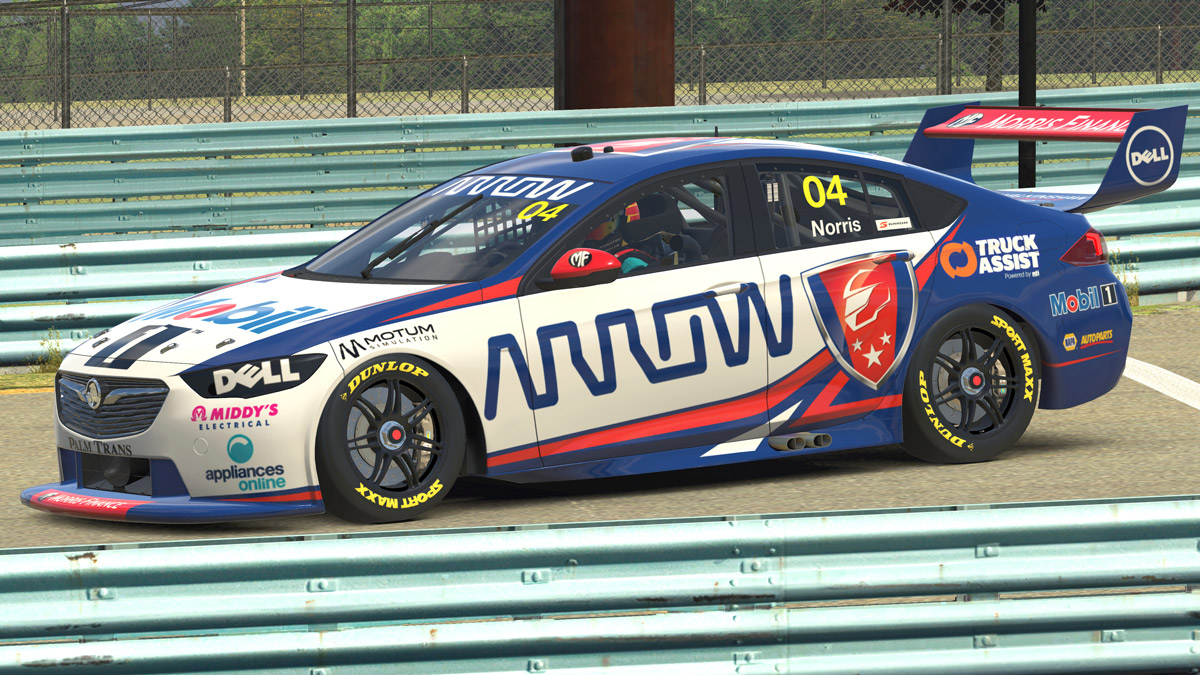 The livery that star wildcard Lando Norris’ ZB Commodore will run in the BP Supercars All Stars Eseries this week has been revealed.

Norris will run the #04 on Wednesday night; he uses #4 in F1, but that number is already taken in the world of Supercars by Brad Jones Racing’s Jack Smith.

Familiar WAU colours of red, blue and white are present on the Commodore, bolstered by McLaren partners Arrow Enterprise Computing Solutions and Dell. 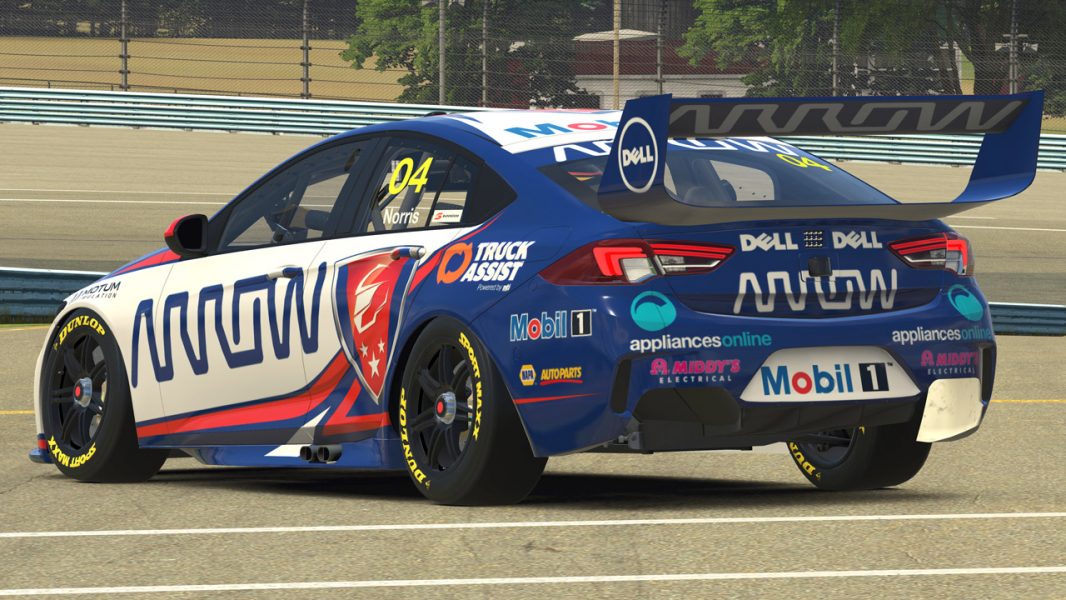 Arrow is particularly prominent, displayed on the car’s side and rear panels as well as the spoiler.

Round 5 will take place at Spa-Francorchamps, the legendary Belgian circuit where Norris won two races on his way to the 2017 Formula Three European Championship title.

Qualifying starts at 6pm AEST, with a trio of races occurring across a two-hour window from 7pm.

Mostert and Fullwood sit fifth and eighth in the BP Supercars All Stars Eseries standings, while WAU’s Round 4 wildcard Alexander Rossi’s appearance was headlined by a second-place finish in the Watkins Glen finale.