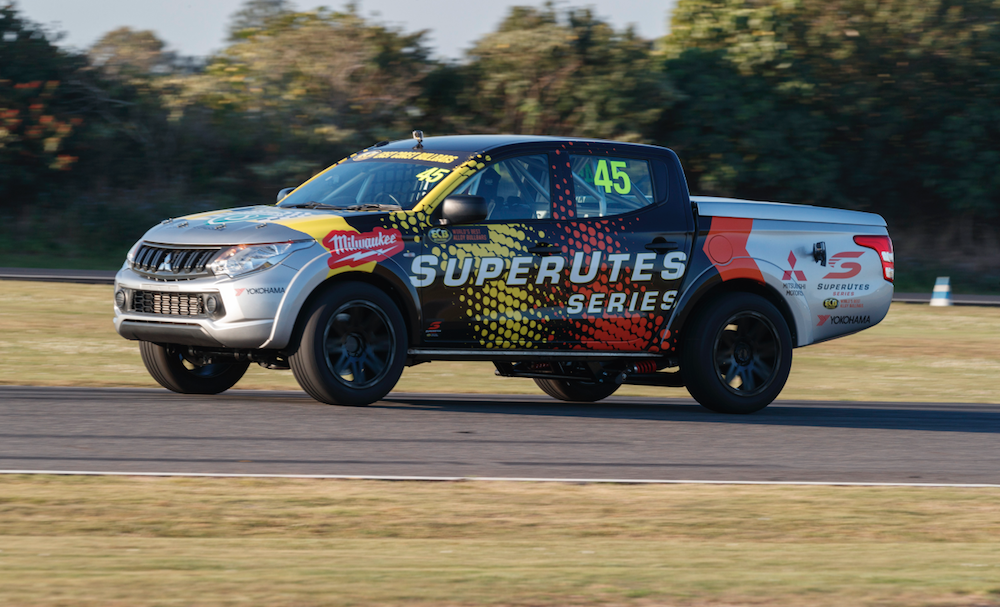 Full-scale testing of the first ECB SuperUtes will begin later this month following the completion of an initial shakedown.

The Mitsubishi Triton set to be raced by Craig Dontas underwent approximately 50km of track running in a behind-closed-doors session at the Gold Coast’s Norwell Motorplex last Friday.

Supercars’ technical staff, including consultant Ross Stone, were joined by representatives from engine electronics company Motec for the maiden running.

Initial mileage was undertaken purely for engine tuning before Paul Morris undertook a series of hot laps during the afternoon.

Supercars sporting and technical director David Stuart said the Norwell shakedown was the start of an extensive track testing program ahead of the dual-cab diesel category’s debut next year.

“We’d had the Mitsubishi engine on the dyno and have done some basic tuning so the shakedown was an extension of that, working closely with Motec,” Stuart told Supercars.com.

“It was also a good shakedown for everything that had been designed and manufactured for the car, including the rear axle housing, the braking system, front wheel hubs and internals.

“That all worked as it should but the engine is completely stock at the moment so it was the very first part of engine tuning, which there is some work to go on.

“The tyre that we have it on (Yokohama high-performance street tyre) may not be the tyre they end up racing with but even that hung in well for the period we were on track.”

The Ross Stone Racing prepared Ford Ranger is also expected to undergo a shakedown following the Red Rooster Sydney SuperSprint before taking part in the first phase of the full testing program.

“We’ve got a couple of small issues that we’re working with on the Ford at the moment but it’s not far away,” said Stuart.

“We aim to have the first Isuzu D-Max and Holden Colorado shortly after that, which make up the six vehicles we committed to homologating ahead of next season.

“If someone is to bring a Nissan Navara or VW Amarok or something else, we’ll deal with those as they come, but we can’t guarantee any outside of those first six models will be available as a kit to race at the first round next year.”

The provisional 2018 ECB SuperUtes Series calendar has the inaugural season scheduled to get underway at the Adelaide 500 (To be confirmed) on March 1-4.

03/07/2017
Stay In The Know
Sign up to the Repco Supercars Championship Newsletter
We use cookies to ensure that we give you the best experience on our website. If you continue to use this site we will assume that you are happy with it.Ok