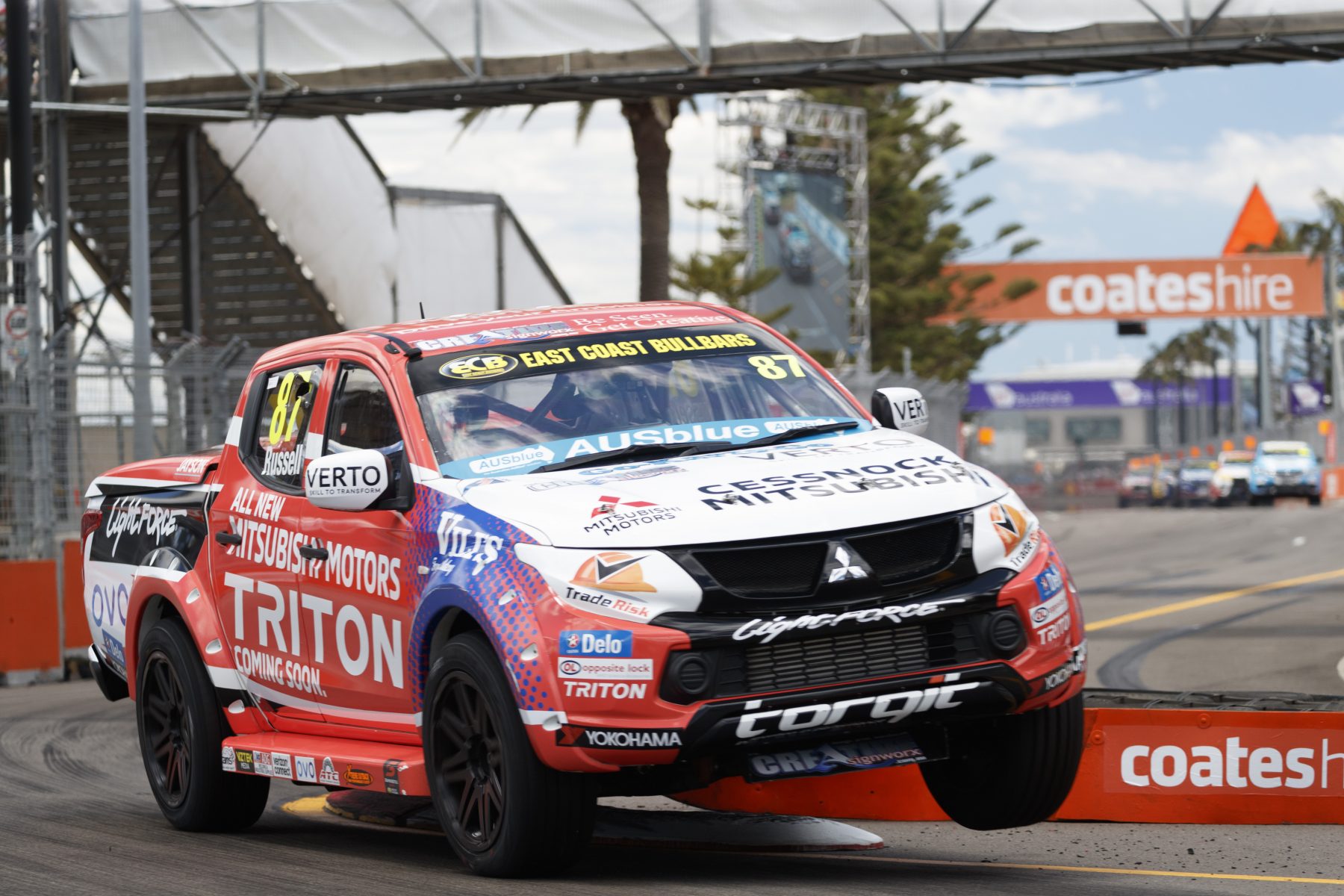 A third Mitsubishi Triton will join the ECB SuperUtes Series for the category's sophomore season.

Team Triton will run the new addition, adding to the squad's current two-car line-up, with the build expected to commence early next year.

The team has already built four Toyotas and three Mitsubishis, including the original #45 Triton that was written-off at Queensland Raceway in July.

The newest Triton's pilot, along with the squad's driver line-up for the other two Mitsubishi entries, is yet to be revealed.

"We are going to add a third Mitsubishi to the field, we'll start doing that early in the new year, we're just working through the process of getting that happening now," Sieders told Supercars.com.

"We'll get the third car in the build process very shortly.

"That'll knock us up to seven cars for the year, as we've got the four Western Sydney Motorsport Toyotas that we're looking after and the three Mitsubishis.

"Who's driving what and who will be in what is still getting pieced together, but it is pretty close."

The squad ran two factory-backed Triton's in the category's inaugural season and had six different drivers jump between the #87 and #45 entries throughout.

The idea of running multiple drivers throughout the season could well play into 2019, as Luke Sieders weighs up his options for the newest Triton.

"We are actually thinking of putting the word out there to people, if they're interested in doing something with the category and if there's enough interest," Sieders added.

"There is always the potential to add another car into the mix if we get enough interest, even if they want to do a one-off or something like that.

"Say they lived in Perth and they wanted to do their local round at a Supercars event, that is a way of doing it.

"I've been thinking, if it is something that we could potentially start doing, an overflow type car, that we could lease out round-by-round to people.

"I've had a lot of interest to do stuff at Bathurst and Newcastle this year, I just didn't have the cars to do it, so if I had an extra car, then maybe there's an opportunity for the people to do their Perth round and so fourth.

The eight-round 2019 ECB SuperUtes Series kicks-off in Adelaide on February 28-March 3, as part of the Superloop Adelaide 500.

24/11/2018
Stay In The Know
Sign up to the Virgin Australia Supercars Championship Newsletter
This website uses cookies to improve your user experience. By continuing, you will be providing your consent to our use of cookies.Ok