The Holden of Alexander and Mazda of Harris shared the front row in Race 3, having split the wins in Races 1 and 2.

Alexander on the inside got out of shape out of Turn 1 and made contact with Harris, both drivers running wide. 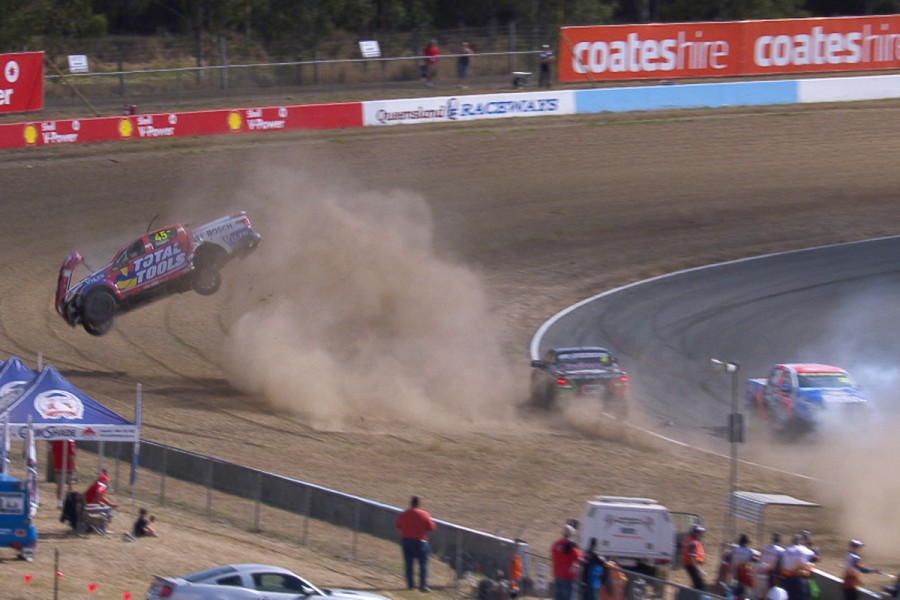 As the Colorado was spun back onto the racing line, Alexander tagged Sieders, who was looking to capitalise on the incident.

Left-rear contact spun and tipped the Total Tools Triton into a roll, which continued at high speed through the gravel trap.

It came to rest against the fence on the outside of Turn 2, Sieders unhurt and taking the time to acknowledge the crowd while exiting the stricken SuperUte.

After a lengthy Safety Car period, the race was shortened to a one-lap dash.

Christopher Formosa took the chequered flag first but then copped a time penalty for jumping the leaders at the restart.

Craig Woods, who was leading the race, was to control the pace back to green flag, however Formosa went early and jumped ahead.

Formosa dropped to ninth and Woods was awarded top spot once the penalty was given, claiming a maiden race victory.

“The car was a weapon; we were managing a blown head gasket but the handling was unreal," Woods said.

“We managed to salvage a result once again, and I can’t wait for Sandown because I think it will suit the Hilux.” 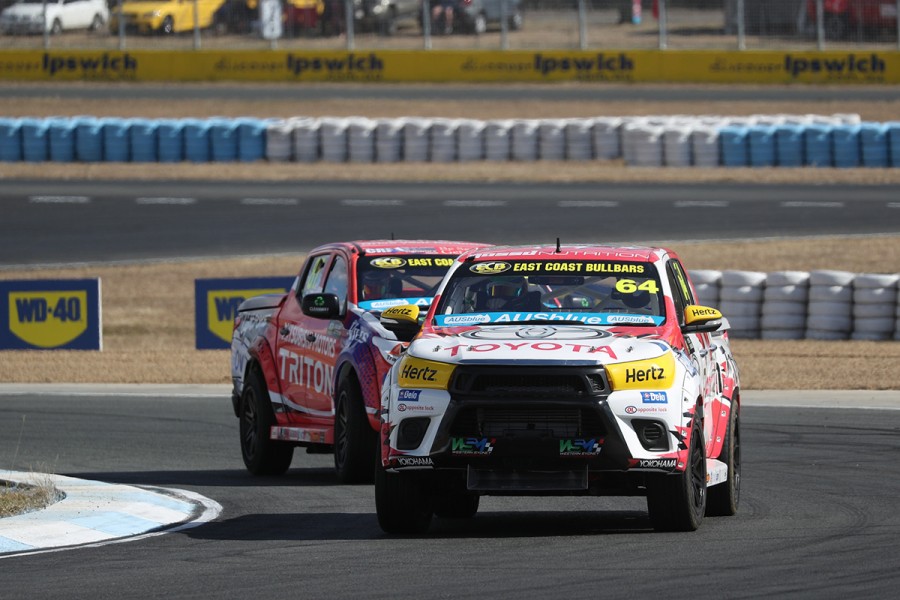 Cameron Crick, Sieders' team-mate in the other factory-backed Mitsubishi, went on to finish second, 0.1353 seconds behind Woods.

“Obviously not the way we wanted to finish the weekend, and I feel for Mick because he was very much the innocent victim in that incident," Alexander said of the lap-one incident.

“I tried to give Ryal room on the outside, but my car got sideways on the inside and once I made contact with Ryal, it all happened very quickly.”

Harris added: “Tom lost control on the inside, and the impact bent my steering. It’s a shame because the racing had been good up to that point.”

Steve Wilson took eighth spot in his Isuzu, while Matthew MacKelden's Kubota Racing Hilux was sidelined after an opening lap incident in Race 2.

Alexander still took the round win ahead of Woods and Harris, while Woods reclaims the series lead by five points over Harris.