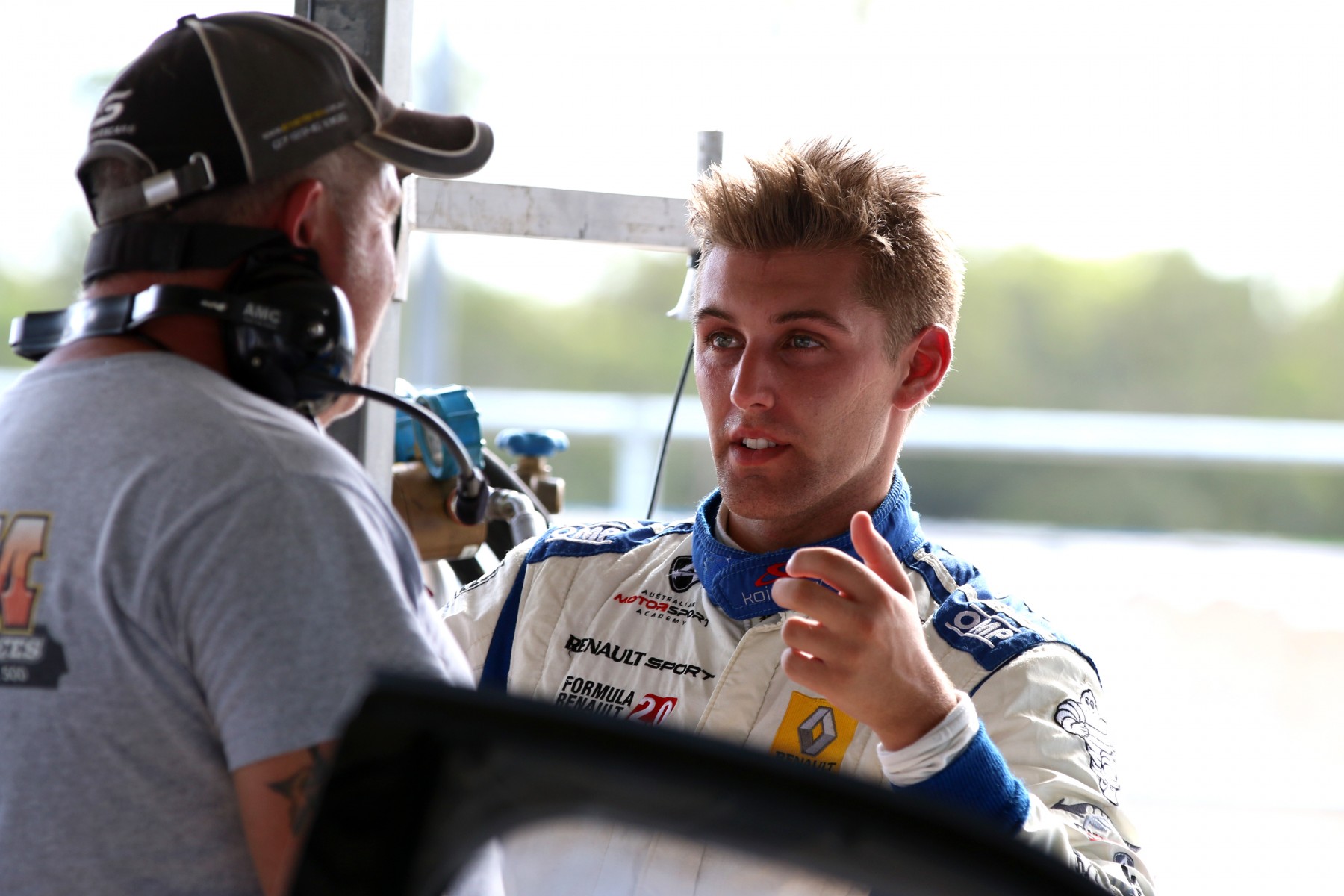 Last month it was announced Morris’ Norwell-based outfit had secured de Pasquale – winner of the 2014 Formula Renault 1.6 NEC title – to take over driving the #67 in the V8 Supercars Dunlop Series in 2016.

The team enjoyed its first official test day with its new driver yesterday, which proved to be a faultless running, with de Pasquale on the pace within his first few laps, Morris told v8supercars.com.au.

“He’s obviously shown the reason why we picked him,” Morris said.

“We tested him late last year and he showed us not only his car speed but how quickly he can get on to the pace, and he’s just kicked that off again today.

“He didn’t put a foot wrong, so we’re really happy. The team is in good spirits and we really think we’ve got someone that can do a good job for us.

“When you have a race team, you need a race driver, and I reckon I’ve got one of the best around.”

De Pasquale’s quick adaption to his new V8 Supercar saw the team waste no time in testing componentry on the #67 Falcon.

It was an impressive effort from de Pasquale considering the accomplished open-wheeler driver has minimal experience in touring cars.

“His time in Europe has obviously transferred back into these cars pretty well,” Morris said on de Pasquale.

“Straight out of the box he was straight on the pace again, which allowed us to do a lot of testing, which we normally wouldn’t do with a rookie driver because they wouldn’t be doing the lap times that we would need.

“So, we got through a lot that we wanted to try with the car and the 18 inch tyre, which helped us a lot.

“We are way ahead of where we thought we’d be with someone with not that much experience in a V8 Supercar.”

Morris himself even jumped into the #67 for a steer and to confirm de Pasquale’s feedback – the first time he’s driven a V8 Supercar since the Dunlop Series mini-enduro at the Supercheap Auto Bathurst 1000 last year.

De Pasquale’s Paul Morris Motorsport stablemate Renee Gracie was absent from the test, however will cut her first laps of 2016 at a test on Thursday at Queensland Raceway when she returns from holiday.