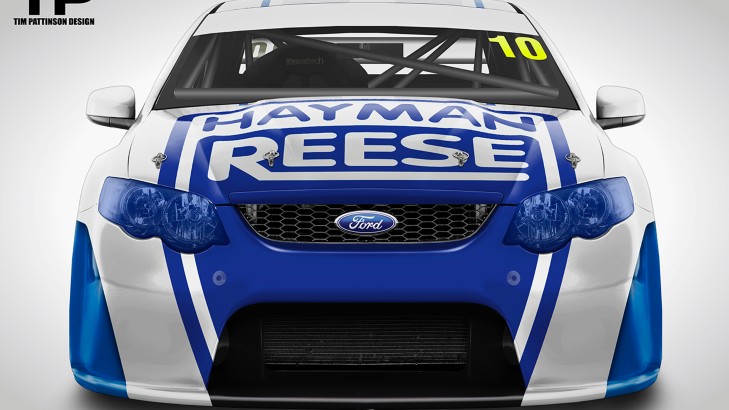 Although originally slated to take part in the V8 Ute Racing series for a third season, late changes with long-time partner Hayman Reese meant the 22-year old was able to take the next step in his career into the development category.

Dixon saidhe was excited at theprospect of getting back into a V8 Supercar.

"It's been an extremely exciting off-season and I can't thank Hayman Reese and Terryenough for their unwavering support and faith in me,"he said.

"I was comfortable going around in the V8 Utes again because it's such tight and competitive racing, but when the opportunity arose just before Christmas to step up, it was one that I was never going to let slip through my fingers."

Dixon, the winner of the 2012Shannons Supercar Showdown TV Series had not been in a V8 Supercar since completing that year's Supercheap Auto Bathurst 1000 with Cameron Waters, until a recent sponsor day with Ice Break Racing where he completed almost three hours of running at Sydney Motorsport Park, fuelling his desire to get back to the big leagues.

"Chris Pither asked me to come along and help run their ride car at SMP but I certainly didn't expect to do so many laps, and it was fortunate that some Hayman Reese people were in town as well which enabled me to give them a taste of a V8," said Dixon.

"It was pretty clear that after that day it was both Hayman Reese's and my intention to take the next step, so I can't thank Chris enough."

Jesse will undertake his first test session in the car this coming Tuesday at Winton Motor Raceway under the watchful eye of experienced Engineer Les Small and team owner Terry Wyhoon.

"We saw in 2014 what Jesse is capable of, and I'm really looking forward to seeing what he can do in a V8 Supercar," said Wyhoon.

"Jesse is a great communicator so this test will be all about him telling us what he is feeling and simply getting him used to 640 horsepower again."

The 2015 V8 Supercars Dunlop Serieswill see all three winners of theShannons Supercar Showdown competing against each other in V8 Supercars for the first time with inaugural winner Cam Waters and final series winner Todd Hazlewood also confirmed to be racing.

"This is my first full year in DVS so I doubt it I'll be wheel to wheel with Cam and Todd on too many occasions but it will be great to be on the grid with both of them," said Dixon

"I will be taking the same attitude into this year as I did last year, which will be to finish every race, listen and learn as much as possible. It served me well last year so I can't see any reason to change that strategy."

Dixonwill undertake his first shakedown and test of the #10 Hayman ReeseFG Falcon next Tuesday at Winton, followed by a full season of the V8 Supercars Dunlop Series.

06/12/2014
Related Content
Jesse Dixon  ›
Stay In The Know
Sign up to the Virgin Australia Supercars Championship Newsletter
We use cookies to ensure that we give you the best experience on our website. If you continue to use this site we will assume that you are happy with it.Ok