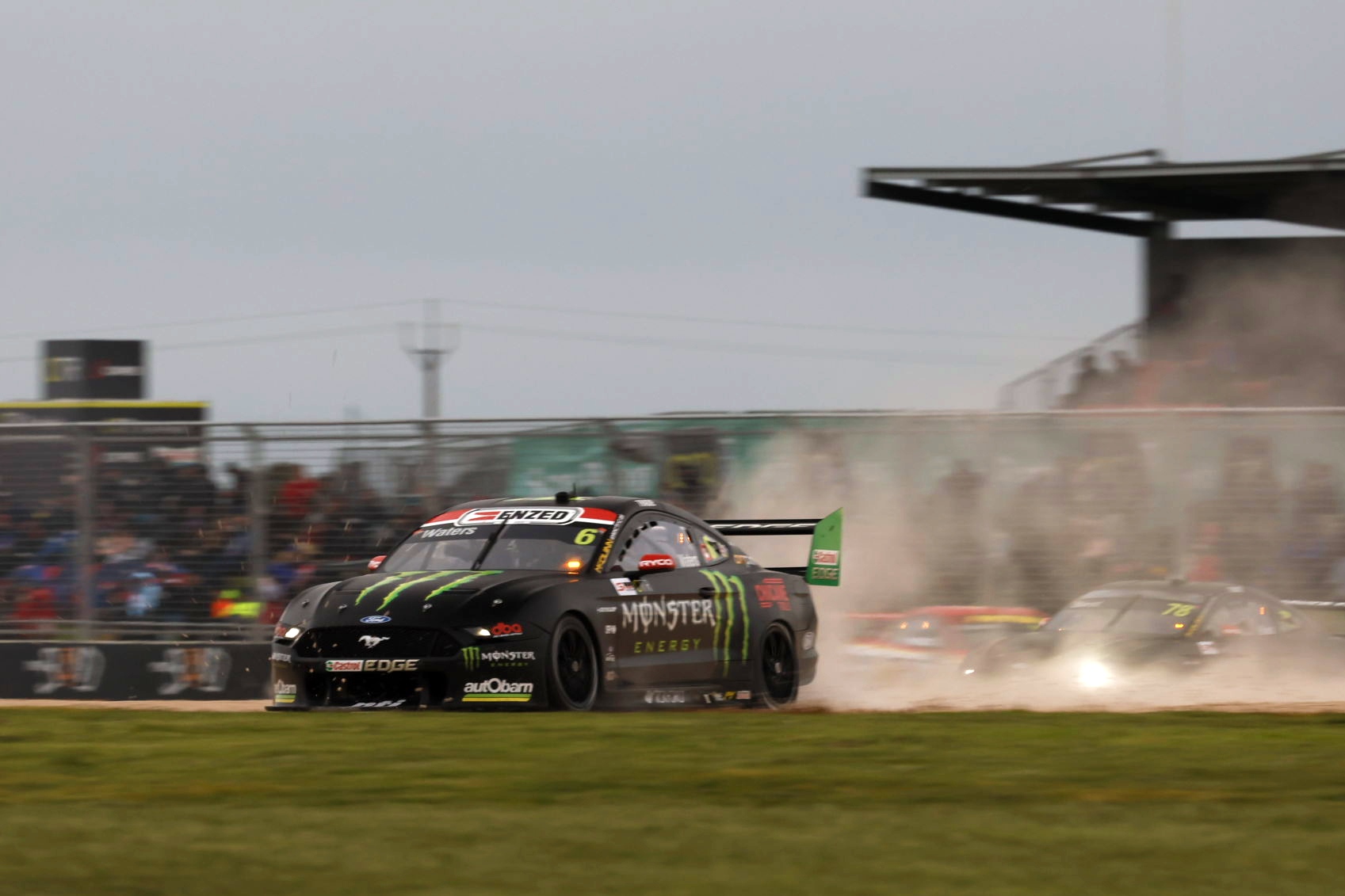 Cam Waters believes his team has turned the corner on race balance after a lock-up cost him a Saturday podium.

Waters sailed to dual ARMOR ALL Pole Positions at the OTR SuperSprint on Sunday.

It came after he raced to fourth on Saturday, despite holding second early on.

He surfed through the gravel and was passed by Chaz Mostert later around the lap.

Waters had to deal with vibrations, but managed to hold onto fourth with teammate Zak Best keeping rivals behind.

Speaking after Sunday qualifying, Waters admitted his error ruined his chances of a trophy.

However, he believes his Tickford Racing crew has rectified the imbalances in race pace.

The Mildura-born driver revealed the vibration was so significant, that he thought his tyre was going to blow. 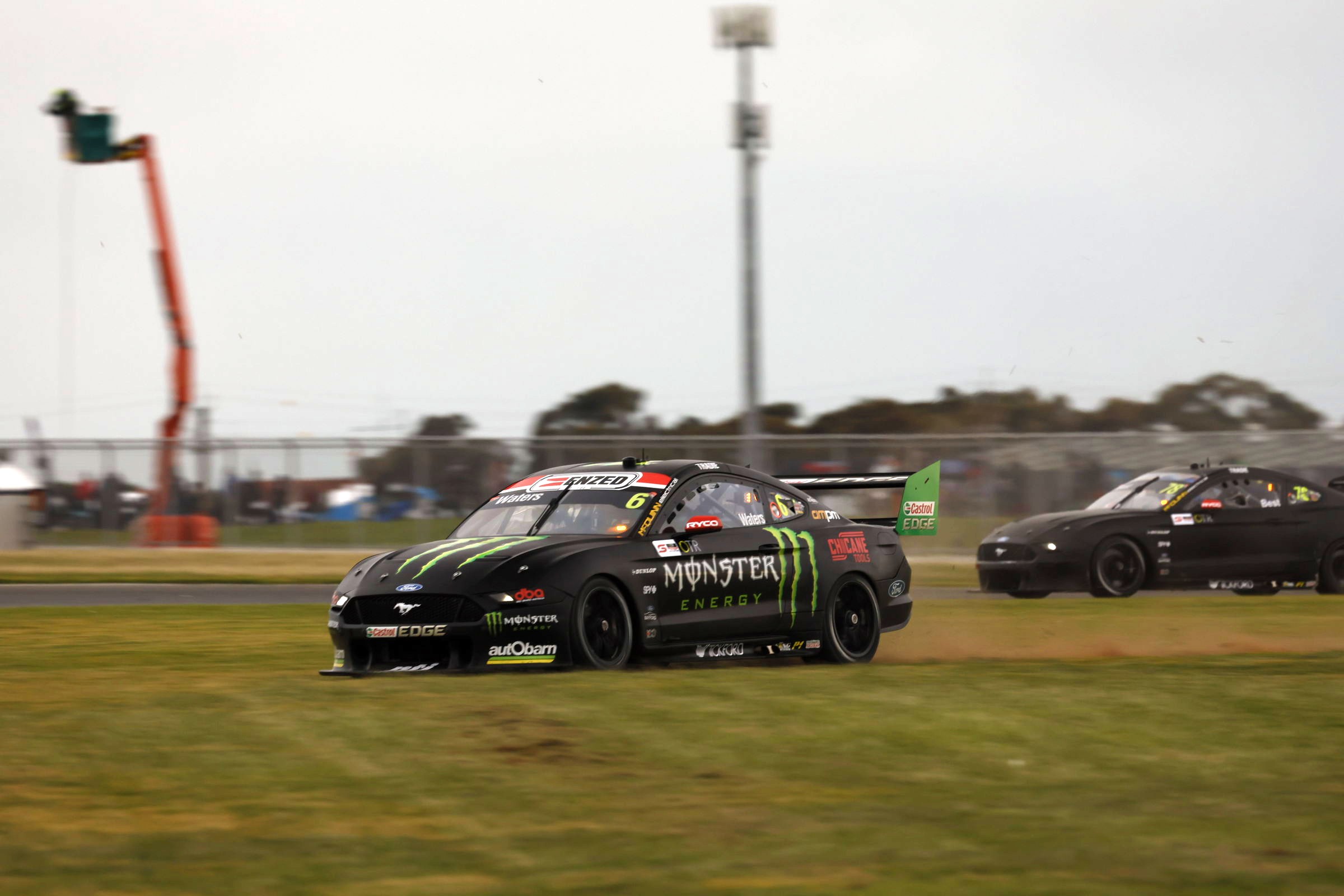 “We focused on the things we’ve struggled with yesterday,” Waters said.

“I had that lock-up which cost us a fair bit, probably a podium.

“I don’t know if it was me, the car, the track, whatever it was, but it happened.

“We had to deal with it. The focus was making sure it didn’t happen today.

“I actually thought it was gonna blow, so I had to nurse it home.

“I was pretty lucky to come home fourth, I had my little mate Zak behind me looking after me.

“It was good to get home in fourth.”

Van Gisbergen ran a successful overcut strategy to seal win No.12 of the season.

Waters scored poles six and seven of his 2022 campaign, and he has won three races.

The 27-year-old believes overnight work will help close the gap to the points leader in race pace.

However, he reiterated that van Gisbergen had too much for the field on Saturday.

“He was quicker yesterday,” Waters said of van Gisbergen, who will start both Sunday races from third.

“My car from qualy to the race was the same.

“What we wanted to fix, I think we’ve fixed some of it.

“Being such a long lap, you don’t need a lot of small gains to add up to a big bit of lap time.

“Hopefully it’s added up to enough, and we can give it to him today."