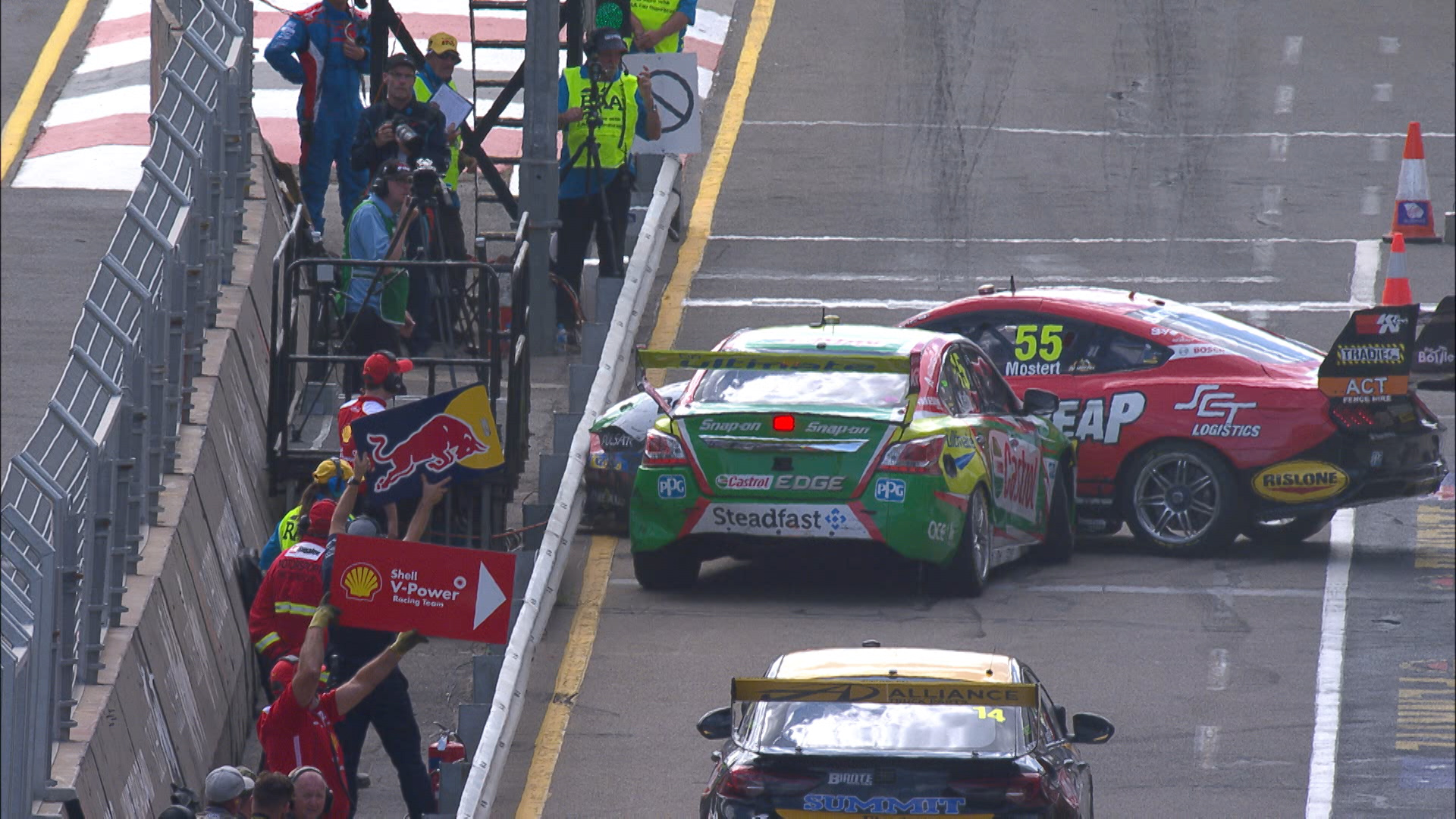 Tickford boss Tim Edwards has teed off at Rick Kelly following the Nissan driver’s clash with Chaz Mostert in the Sunday leg of the Superloop Adelaide 500.

Amid a congested pitlane during a flurry of Safety Car-induced stops, Mostert was released into the path of Kelly, with subsequent contact spinning the Supercheap Ford.

While Mostert was penalised for the incident and later apologised to Kelly over the clash.

Edwards conceded the initial contact was "100 percent our fault", but was incensed by what he felt was Kelly’s contribution to the subsequent melee.

“It's a difficult one, because we were 10 metres from our own pitbays doing three-point turns trying to get out,” said Edwards.

“No one was really focusing on what was coming down pitlane because we were too busy pushing the car back, pulling it forward... so it was a very difficult situation.

“To be honest, I blame Rick. Because that was he dumbest thing, just driving straight into the side of Chaz at full steam and taking himself out of the race.

“There's a middle pedal in the car, and he didn't touch it. Pretty stupid by him.

“Of course Chaz was done for unsafe release, but Rick took himself out of the race and turned Chaz sideways, so it was pretty dumb.”

Mostert fought back to 15th after his penalty, while Kelly finished 24th and last, having had to pit for repairs.

Tickford’s four-car charge in Race 2 was led by Cameron Waters, who finished second, while Will Davison and Lee Holdsworth were eighth and 11th respectively.

On Saturday, Waters ran as high as fourth early before a coolsuit failure ruined any chance of a strong result.

Fourth for Davison had been Tickford's Race 1 best, with Mostert fifth and Holdsworth 21st after being delayed by a Turn 7 crash.

“We had a very up-and-down weekend. There were definitely positives and we’ve got some great car speed,” said Edwards of the team’s first weekend with the new Mustang.

“We had some other challenges, with the pitlane incident, et cetera, so there are things for us to improve, but it’s certainly a very good start to the season.

“For Cam, there was no better way to fight back from what happened yesterday than to be on the podium today.”