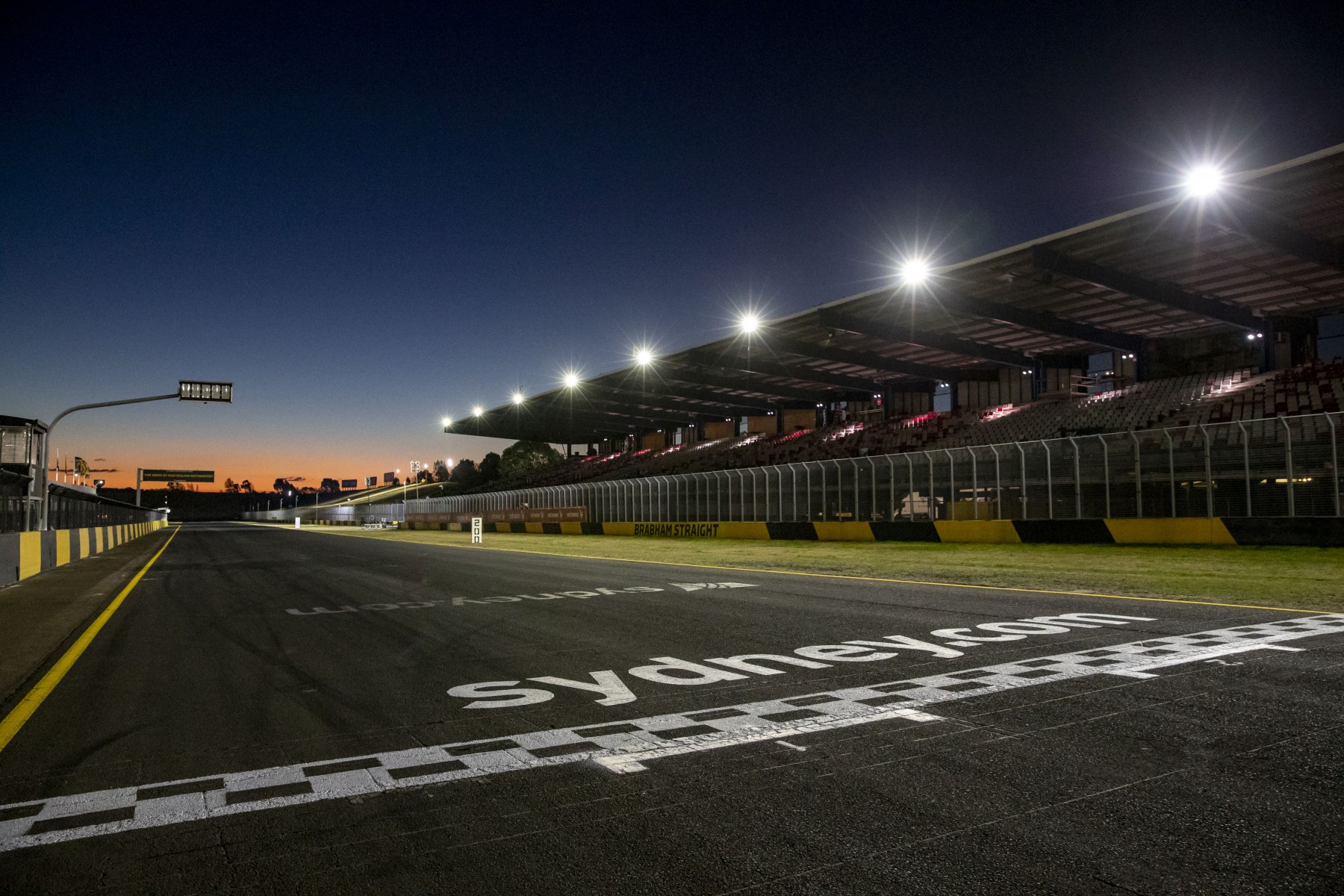 Former Supercars champion Garth Tander has been recruited to tackle a full-circuit lights test on Thursday night ahead of the Red Rooster Sydney SuperNight 300.

Final preparations will take place across the next two nights at the 3.9km venue, before Friday evening’s opening practice and the Saturday night race.

Starting at 7:20pm local time, the 300km Saturday encounter will be the first Supercars night race held on Australian soil in 21 years.

A number of lighting tests have occurred over the last 12 months, starting with Fabian Coulthard and Simona De Silvestro’s run in their Supercars last August.

Tander, Shane van Gisbergen and James Courtney have been involved in subsequent testing aboard road cars, all centred around lighting specific corners. 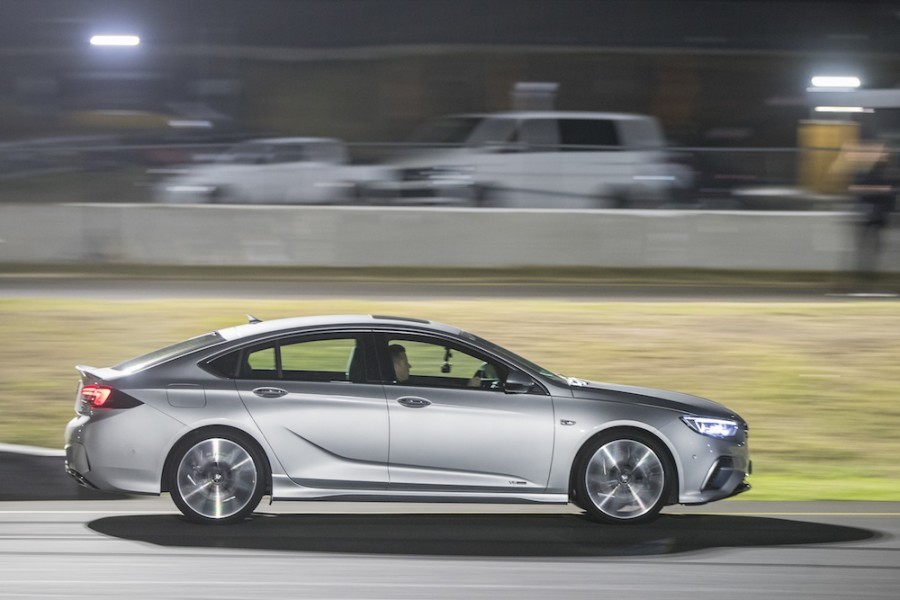 The majority of the lights will be tested by Supercars staff tonight, before Tander takes to the wheel of the Vodafone Porsche Safety Car for a full test on Thursday.

A total of 50 light towers will be utilised, combining road-work style, LED towers and stadium-type flood lights, the latter of which will be placed on the Turn 4-8 hill.

The lighting project has been stitched together by Supercars’ general manager of television and content, Nathan Prendergast.

Coincidentally, Nathan’s father, Kevin, was the circuit manager at Sydney Motorsport Park when Supercars last raced under lights at the venue in 1996.

Prendergast Jr says the lighting will be far more effective than that used 22 years ago, but warns fans not to expect the sort of daylight-effect seen at Formula 1’s night races. 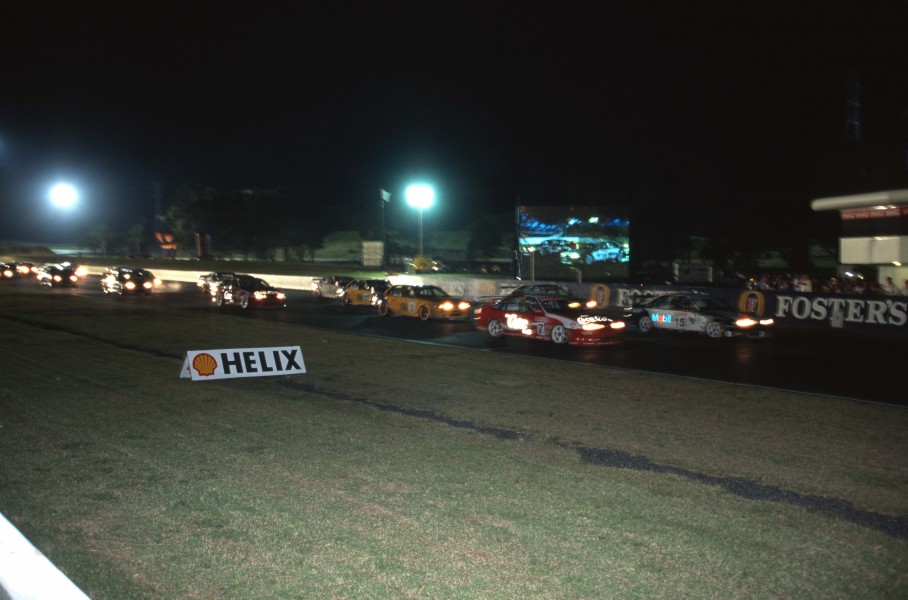 Lighting will be better than the 1996 effort

“It’s not going to be lit like Singapore or Abu Dhabi. It won’t have perfectly even lighting everywhere, but I see that as a benefit,” Prendergast told Supercars.com.

“I want to be able to see glowing brakes and flames. I want the cars to look fast and have a bit of character, which we think it will.

“When James did the last test, we couldn’t believe how fast it looked. It looked twice as fast as in the daylight.”

Prendergast explained the difficulty of balancing the needs of the television broadcast with the mandate of not disturbing the drivers.

“All the feedback we’ve had from the drivers is that there’s more than enough light for them, but the biggest challenge is that TV cameras need more light than the eye,” he said.

“There are going to be some places where it’s lit perfectly for the drivers, because I’ve lit it to suit the apex, but it’s back-lit to the camera, so the cars look dark or silhouetted.

“You can’t just shine the lights directly in the oncoming directions of the cars, because the drivers get glare and get flooded. 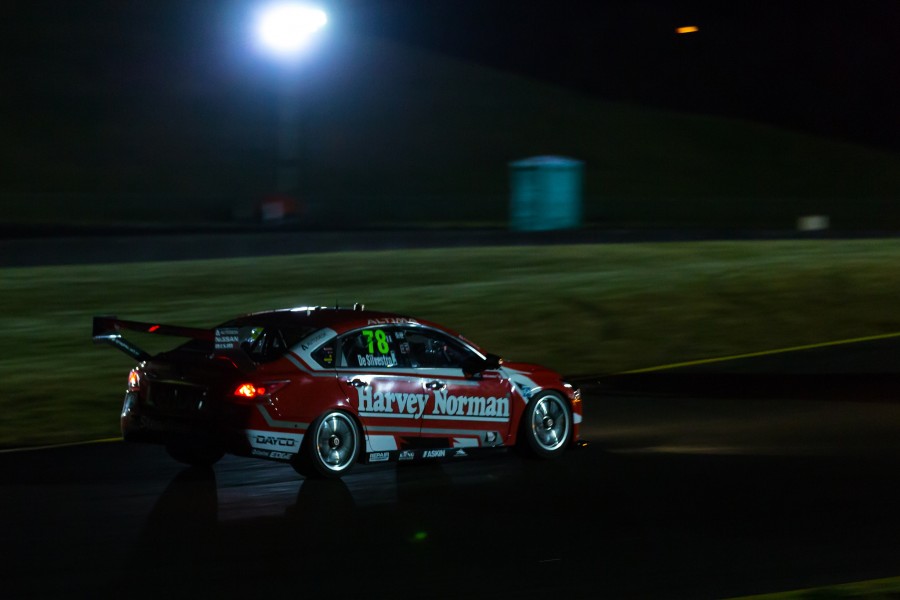 “So we’ve tried, where possible, to light from the inside out or across on the diagonal, so the drivers don’t get hit in the eyes by glare.

“The only issue we’ve found is we’re weirdly getting hit in the eyes glare-wise at different parts of the track.

“That’s what tonight is going to be about, checking all of those things and angling the heads of the lights to reduce glare, before Garth does the final checks tomorrow.”

Teams have been told not to increase the intensity of their headlights due to potential impacts on glare for other drivers and the television cameras.

They are, however, free to add various other lights to their cars to increase the spectacle, and use reflective stickers to best showcase their sponsors. 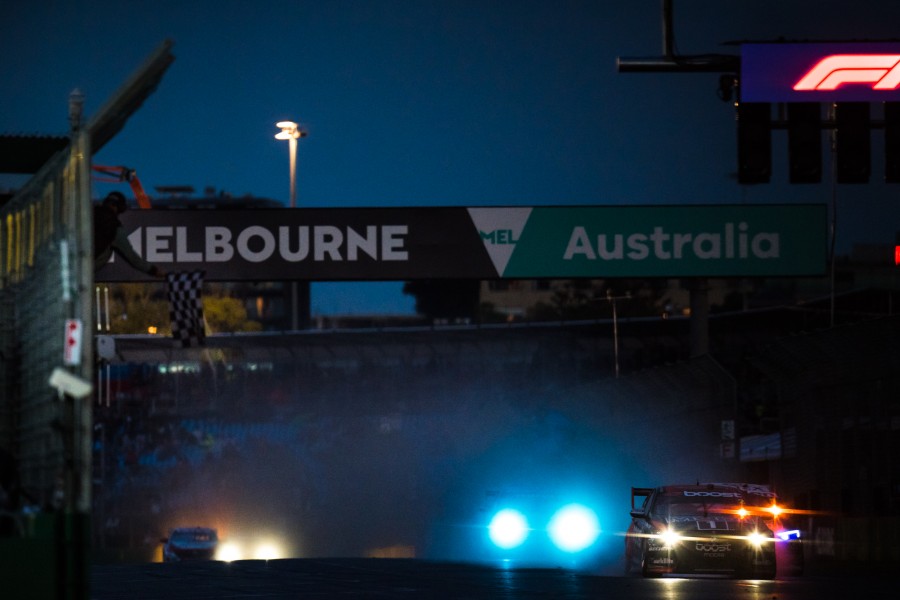 Supercars and Tickford undertook a test of LED light bars in the cabin of the team’s Falcons at Phillip Island earlier this year, aiming to help the in-car cameras pick-up the drivers.

“The learnings out of Albert Park (which finished late on Saturday evening) was that the (in-car) shots forward are fine, but the drivers are in a black hole,” Prendergast said.

“We wanted to put a tiny bit of light on the driver’s helmet and legs to give some definition to the driver, but obviously not so much as to distract them.”

Prendergast subsequently sent a document to teams suggesting, but not mandating, various additions for the cars. 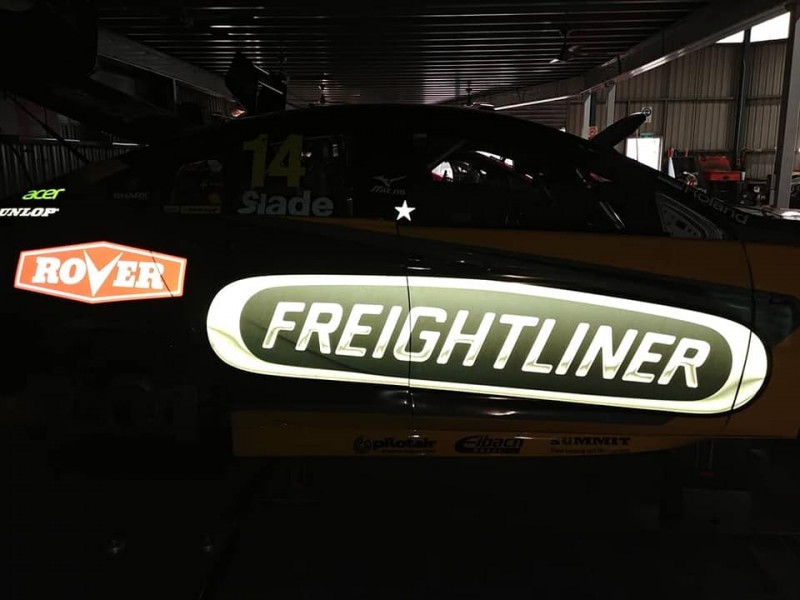 BJR has shown off its reflective vinyl logos

Those include the use of LED bars in the cockpit and on the grilles and sill panels, as well as reflective pin-stripping to help sponsor names standout.

The possibility of mandating titanium skid blocks for the underside of the front splitters to create sparks was also investigated.

It was ultimately decided against on the basis it could impact ride-heights and downforce levels, creating an unwanted extra variable for teams.

The Supercars will hit the track for the first time under lights for Practice 1 on Friday night, before a second practice and ARMOR ALL Qualifying in the day on Saturday, followed by the night race.