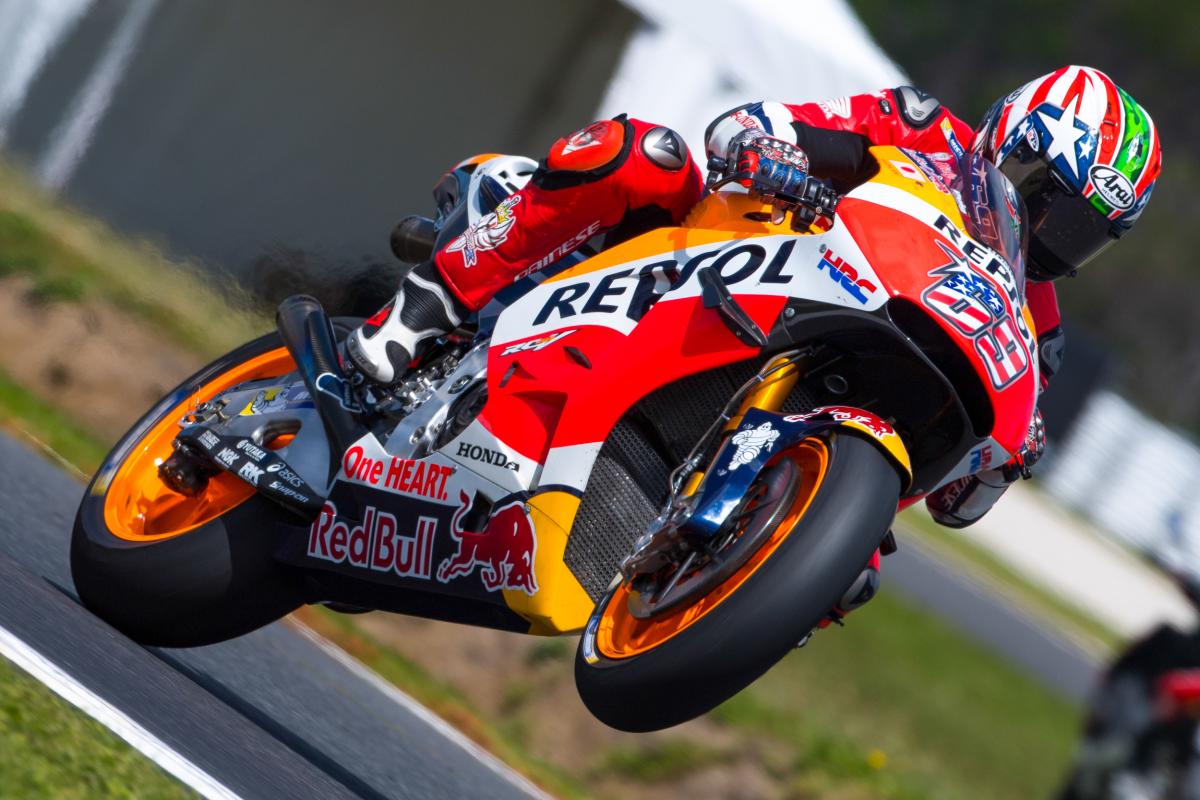 The Supercars community has paid tribute to 2006 MotoGP world champion Nicky Hayden after the American died from injuries sustained in a cycling accident five days ago.

A number of Supercars teams and drivers showed signs of support throughout the Winton SuperSprint when the popular American was then in a critical condition in hospital.

Drivers and teams have since taken to social media to share their condolences for the speedway star turned world champion.

It hit home hearing the passing of Nicky Hayden, thoughts and prayers with his family and friends a bloke taken way to soon, rest easy mate pic.twitter.com/gF8KV5fM3Y

A terribly sad day for motorsport, losing Nicky Hayden. Our thoughts go out to all those who were blessed to know him. #Kentuckykid69 pic.twitter.com/xUi21Wdeg3

RIP Nicky Hayden. You gave motorsport fans around the globe so much joy. #RideOnKentuckyKid pic.twitter.com/ZrQo59Me44

Thankful for the time that I was privileged to know you! #RIPNickyHayden #Legend Pray for his family during this time? We'll miss you mate! pic.twitter.com/oV40J7ykTE

What a terrible day... first the terrible news of @NickyHayden and now the shocking news of the explosion in Manchester. Sad day

Just so sad to hear of the passing of @NickyHayden. Thoughts and prayers to his friends and family. #RIPKentuckyKid pic.twitter.com/3nG6IfV7kK

21/05/2017
Stay In The Know
Sign up to the Repco Supercars Championship Newsletter
We use cookies to ensure that we give you the best experience on our website. If you continue to use this site we will assume that you are happy with it.Ok