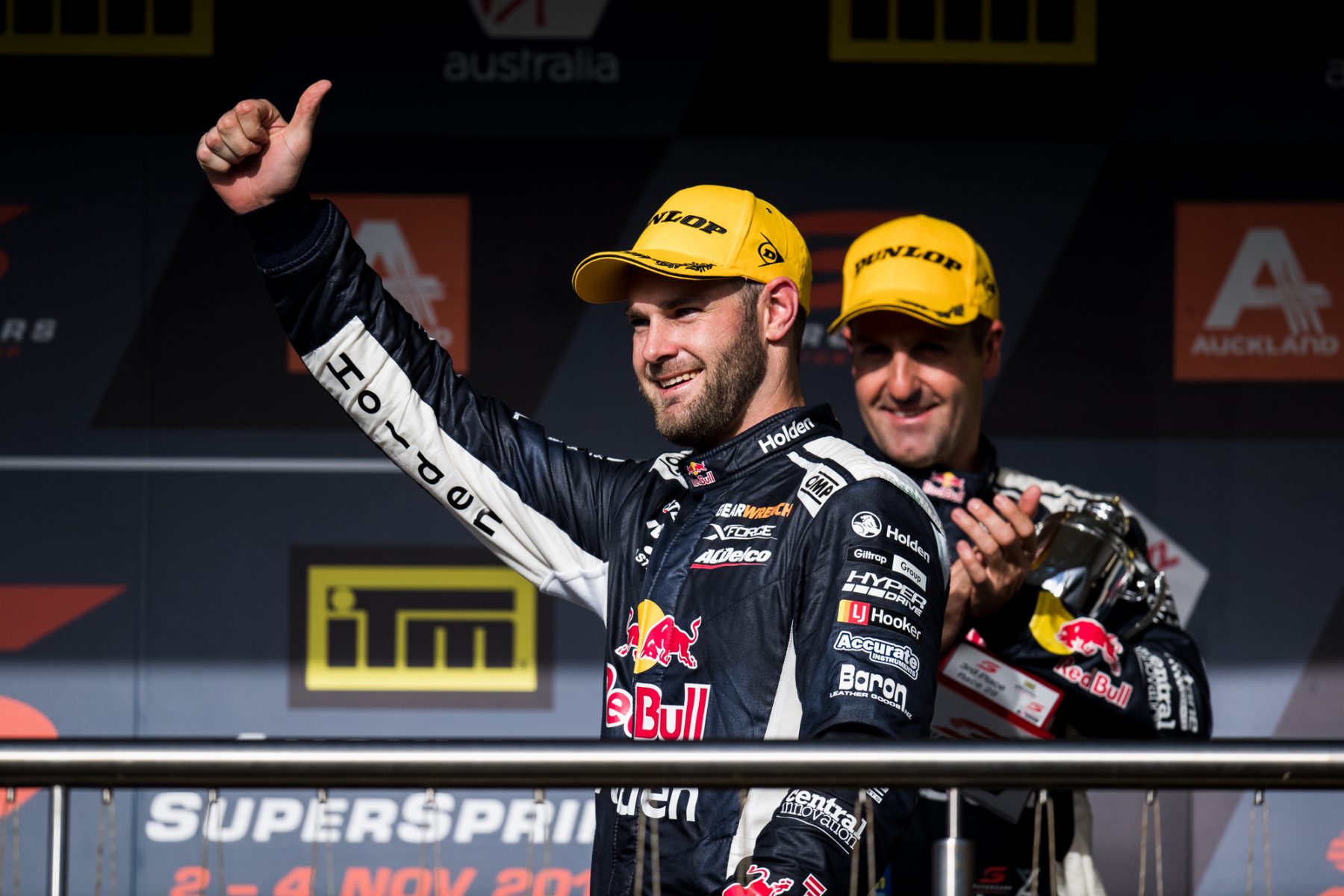 Supercars has moved to clarify the legality of team orders following confusion in the aftermath of the recent ITM Auckland SuperSprint.

While the team subsequently claimed Whincup had been running out of fuel at the time, it appeared a strategy to gain van Gisbergen vital extra points for his title battle with Scott McLaughlin.

The dramatic nature of the switch meant the Red Bull drivers were booed by sections of the Pukekohe crowd post-race, despite van Gisbergen’s status as a local hero.

Following the controversy, Supercars has clarified to media that team orders are in fact legal, provided they are given by a team member, as opposed to a third party.

The relevant rules in the Supercars Operations Manual state:

D24. TEAM ORDERS
D24.1 Team Orders
24.1.1 Means an instruction to a Driver or Team member, either verbal or otherwise the effect of which may interfere with a race result.
24.1.2 It is not permitted for any sponsor, supplier, entity or related entity, including an Automobile manufacturer, importer or their representative to impose or seek to impose Team orders, on any Team.

According to Supercars’ clarification, 24.1.1 outlines “the definition of the term ‘Team Orders’, hence use of the word ‘means’ to start the rule”.

The clarification added: “The specific Parties noted in D24.1.2 cannot instruct any Driver or Team, either verbal or otherwise the effect of which may interfere with a race result.

“These parties do not include Teams or Drivers giving or receiving instructions within their own Teams.”

Crucially, the word Team was removed from 24.1.2 at the end of last year, when the rulebook underwent a major overhaul.

The battle lines are therefore clear for next weekend’s Coates Hire Newcastle 500, which McLaughlin enters 14 points ahead of van Gisbergen.

While Triple Eight also has its third car for Craig Lowndes in the mix, McLaughlin’s team-mate Fabian Coulthard too has played the team game at recent events, most notably on the Gold Coast.

Coulthard and co-driver Tony D’Alberto were well positioned in the 300km Saturday race, before being short-filled at a pitstop to ensure the McLaughlin/Alex Permat entry did not have to double-stack.

Speaking amid the controversy in the aftermath of the Pukekohe race, McLaughlin downplayed the drama, suggesting that his team “probably would have done the same”.