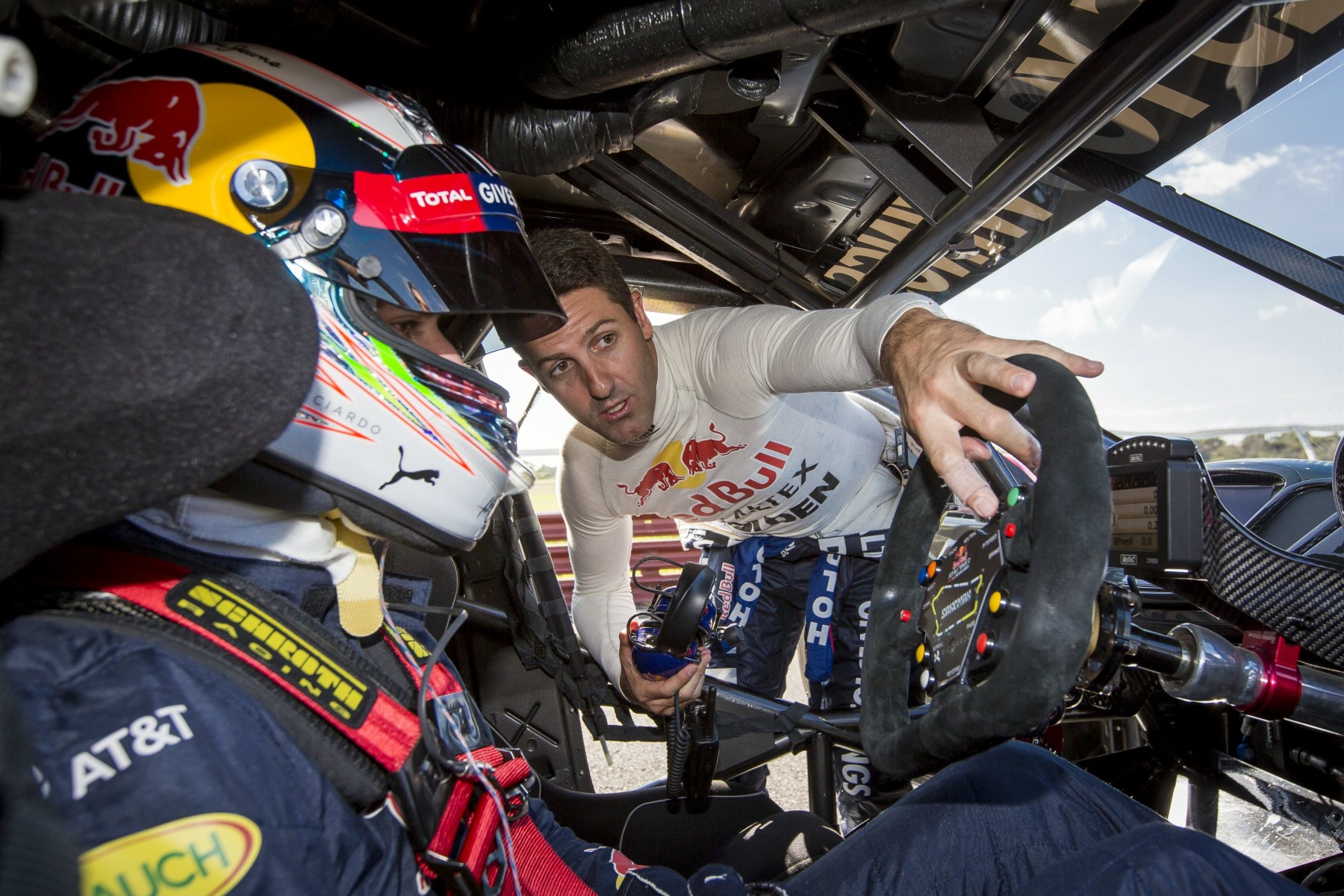 The Supercars Commission is analysing the prospect of introducing paddle-shift to the Virgin Australia Supercars Championship.

The topic was discussed by the Commission last week, where cost, safety and sporting implications of such a move were debated.

Supercars has run with its current sequential stick mechanism since 2008, taking over from the traditional H-pattern.

Triple Eight has already developed a paddle-shift that works with the category’s Albins control gearbox and Motec ECU, running it on the Sandman ride car that it built in 2014.

Team manager Mark Dutton is vocal in his desire to see a version of the system introduced into the championship, stressing potential cockpit safety benefits.

Supercars has mandated that upgraded leg protection must be installed by this year’s Sandown 500 in September, while the new nets seen in some cars this year remain optional.

“It needs to happen sooner rather than later because it addresses so many issues,” Dutton told Supercars.com of paddle-shift.

“Albins have talked about it doubling the life of the gearsets as well. Currently they last quite well if you treat them right, but you don’t wear through them as quickly.

“When you look at the market relevance too, everyone knows about paddle-shift. There are so many reasons that it needs to happen.”

Supercars team owner, driver and Commission member Todd Kelly is among those cold on the idea of paddle-shifts, saying that the change would detract from the driving challenge.

Moving to paddles would include an auto-blip for the downshifts, as is the case in the Sandman, removing the heel-and-toe technique currently used by all right-foot brakers.

“I like technology in a lot of areas on the cars, but it makes me feel like you’re sitting there driving a simulator,” Kelly told Supercars.com.

“It was really enjoyable having a chance to drive the GT-R GT3 at Bathurst, but it didn’t feel like you’re a race car driver.

“That process of heel-and-toe, getting the timing of the change right… if you take all that stuff away you’re a step closer to sitting on the PlayStation.

“I’m keen to leave the gearstick as it is now if we can.”

The paddle-shift seen on the Triple Eight ride car features a pneumatic rather than electric actuator, which is thought a more likely proposition if it is to be introduced into the race cars.

Cost implications currently being assessed by Supercars includes the need to adopt fly-by-wire throttle control, which would see teams redesign their inlet manifolds to suit.

Fly-by-wire is, however, already built into the ECU for the Next Generation cars, running on Supercars’ Holden prototype and briefly on the Erebus Mercedes race cars in 2013.

Dutton admits the Triple Eight system is not fully refined for racing.

“It needs to be refined a little bit more, it wasn’t done with the nth degree of weight saving in mind, but it works fairly faultlessly,” said Dutton.

“It’s not excessively expensive or a part that needs to be bought off us, because it’s made up of various off-the-shelf parts.”

24/04/2017
Stay In The Know
Sign up to the Repco Supercars Championship Newsletter
We use cookies to ensure that we give you the best experience on our website. If you continue to use this site we will assume that you are happy with it.Ok