Every year when Supercars heads to Symmons Plains, there is a sense of significance for veteran Team 18 fabricator George Smith.

The 2020 edition of the Tyrepower Tasmania Super400 might have been postponed, but he’ll keenly await its return to the calendar later this year.

After all, it’s the venue where he overnight went from an apprentice Holden dealer mechanic to a key member of Peter Brock’s crew.

It was in 1974 that Smith, born and bred in Launceston, got the call-up to help out Brock and the Harry Firth-run Holden Dealer Team squad.

“In the day, the teams never actually worked at the track, so everyone would pack up the trailers and generally go back to either a workshop or a Holden dealer,” Smith told Supercars.com.

“So Harry rang the Holden dealer and said ‘we’re only bringing one mechanic down this weekend, would there be any chance of you sparing a bloke to come out and give us a hand?’

“I’d had a little bit of previous experience racing a stock car down there with a few mates just for a bit of fun, so they must have thought, ‘well George is interested in motorsport, we’ll ask him’.

“Of course, I pounced on the chance.” 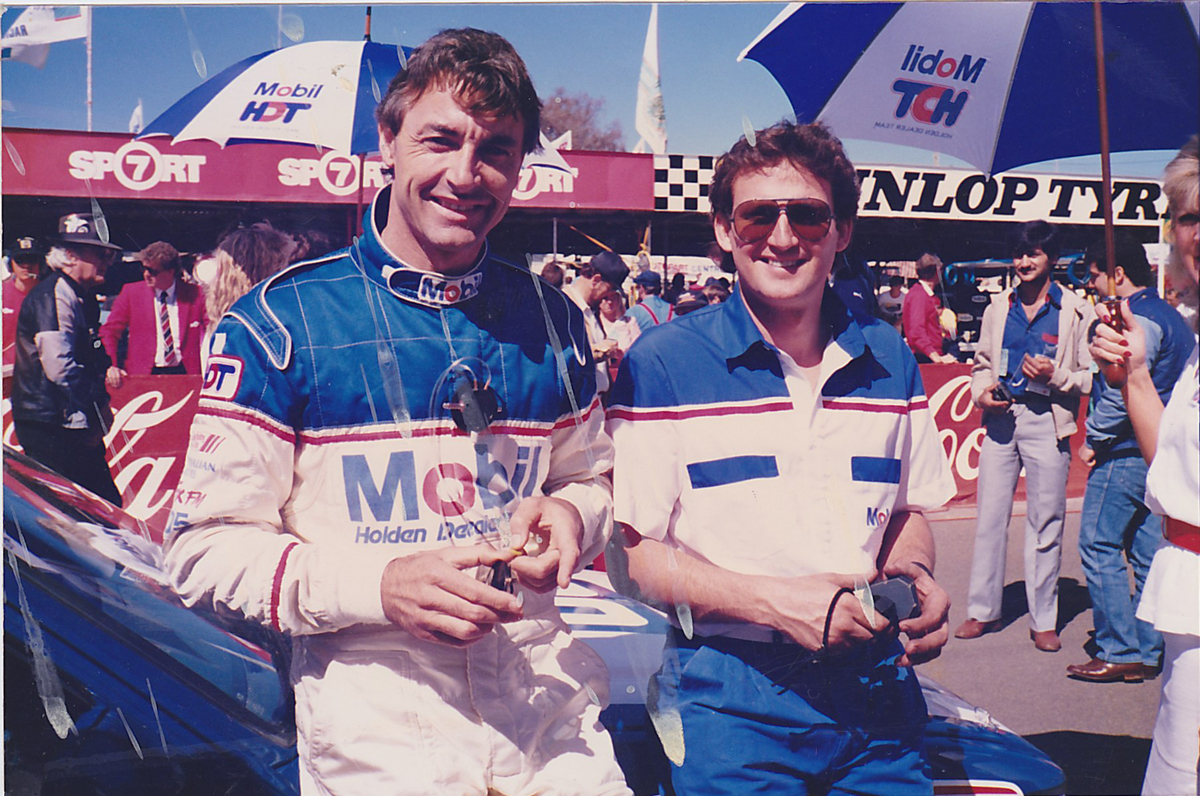 What followed was a winning weekend for Brock, albeit not without its dramas; Smith and HDT lead engineer Ian Tate were required to execute a head gasket change on the #8 Torana mid-event.

Such an impression he made, Firth specifically asked for Smith when Symmons Plains approached in 1975.

By the end of that race weekend, a Melbourne-based job with HDT was Smith’s and he’s just about been in the Australian Touring Car Championship/Supercars ever since.

He followed Colin Bond to head up a new second base for the Marlboro-backed HDT in Sydney in ’76, and then moved with Bond to Allan Moffat’s Ford team.

Stints in various forms of motorsport including rallying preceded a reuniting with the HDT in 1985, now spearheaded by Brock. 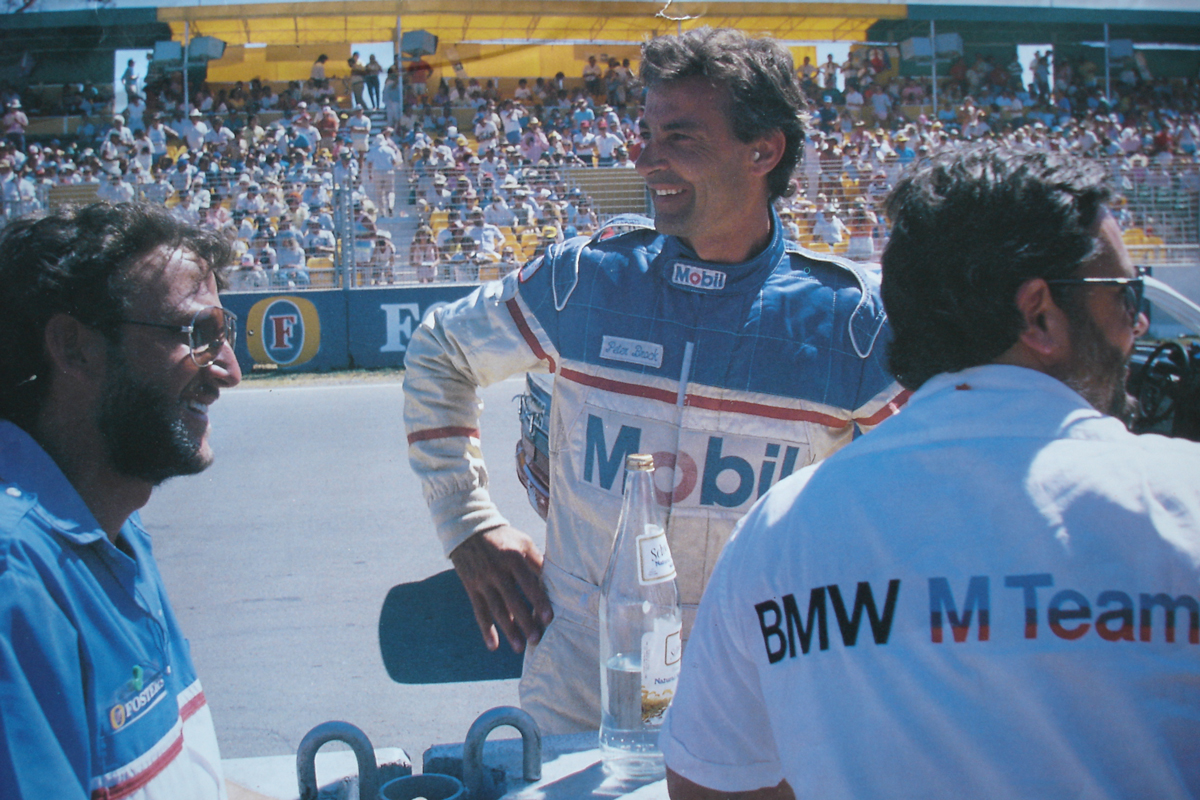 The Bathurst hero personally requested Smith with an eye on a two-car VL Commodore international program, looking towards the 1987 World Touring Car Championship.

That campaign fell by the wayside with the high-profile split between Brock and General Motors in ’87. It did lead to a remarkable underdog story close to Smith’s heart, though.

“Lo and behold we won Bathurst in 1987 with no money really,” he said. “It was a massively rewarding time to be with the team considering the chips were down.”

Smith partnered with Dennis Watson in late 1990 to form fabrication business Dencar and before long, they would pretty well exclusively act as contractors to the Holden Racing Team.

Twelve years in the heyday of the famous HRT netted title after title and Bathurst win after Bathurst win, before Smith sold his share of Dencar. 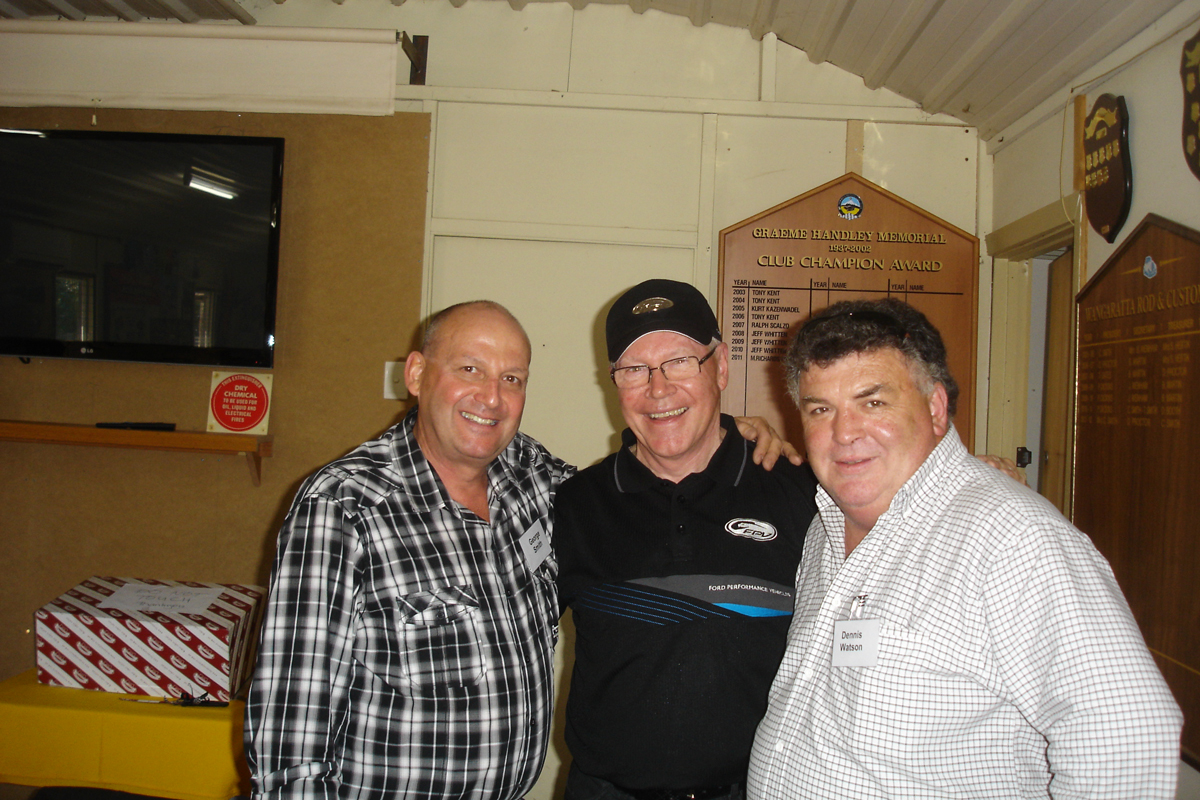 “It was a massively strong entity and we were proud to be part of it. It was a really great time,” Smith said.

It was during that era that he worked alongside a young Craig Lowndes, who stands out above all of the legendary drivers Smith has seen up close.

“Craig came along as a young kid… in his breakout year, it was just so thrilling to be part of it,” he said.

“Listening to him on the radio at the various races, engineers would suggest ‘Craig we’d like you to do this or try that’ and his response would be ‘you beauty, I’m on it, leave it to me’.

“You would sort of stand on your tiptoes, almost lift up off the ground through his enthusiasm.”

Between then and now, Smith contracted for multiple other race teams before joining the Team 18 family when Charlie Schwerkolt’s squad went out on its own for the 2016 season. 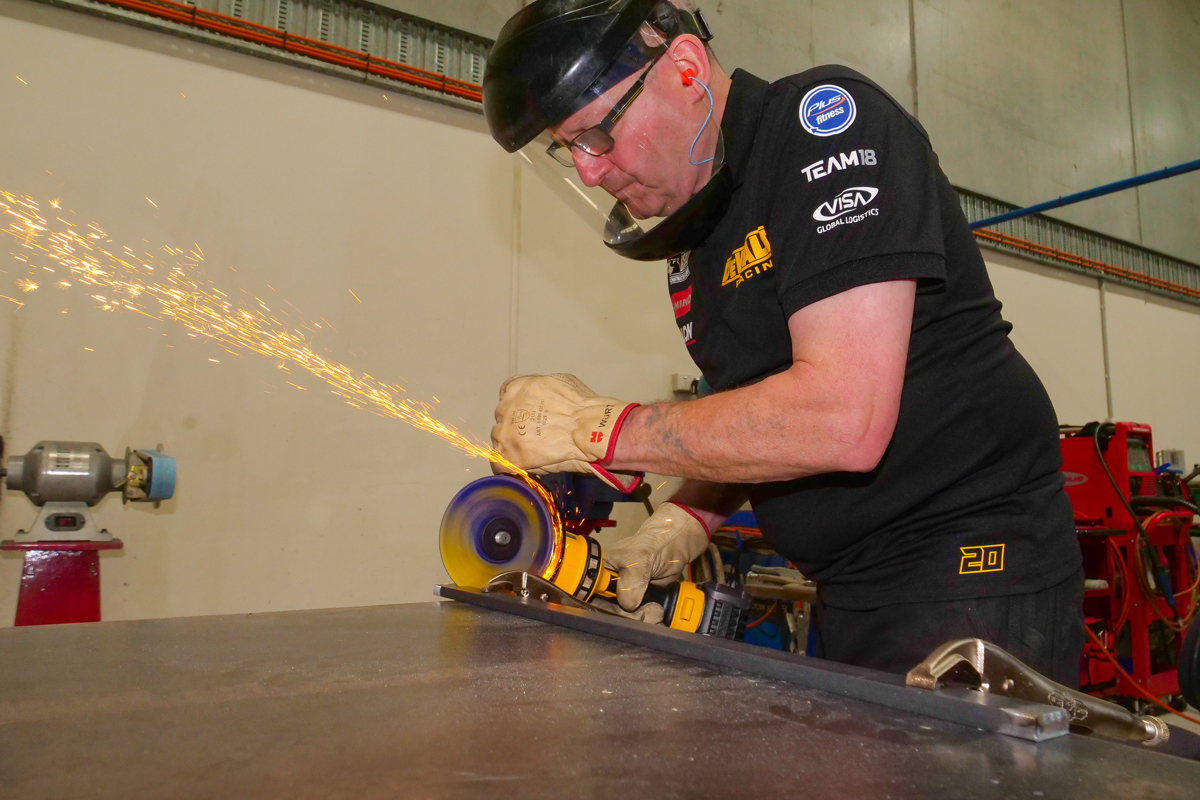 The Dandenong workshop Smith took over when Tasman Motorsport folded at the end of ’09 became Team 18’s home, until a premises next door to Schwerkolt’s Waverley Forklifts business became available at the end of ’16.

Smith, who turns 66 next month, stayed on as their sole fabricator.

His workload has soared with Team 18’s expansion to two cars in the recent off-season, but it remains a very different challenge to his HRT days.

“As a small team there’s not as many personnel so everybody needs to be a bit more hands-on in other areas,” he said.

“I don’t only work on the race cars – when there’s fabrication to be done in the trucks or in the workshop or on a forklift, that’s kind of my role.

“Anything that’s creative and you end up making something from nothing, that’s where I really fit into workshop life these days and I really love that side of it.” 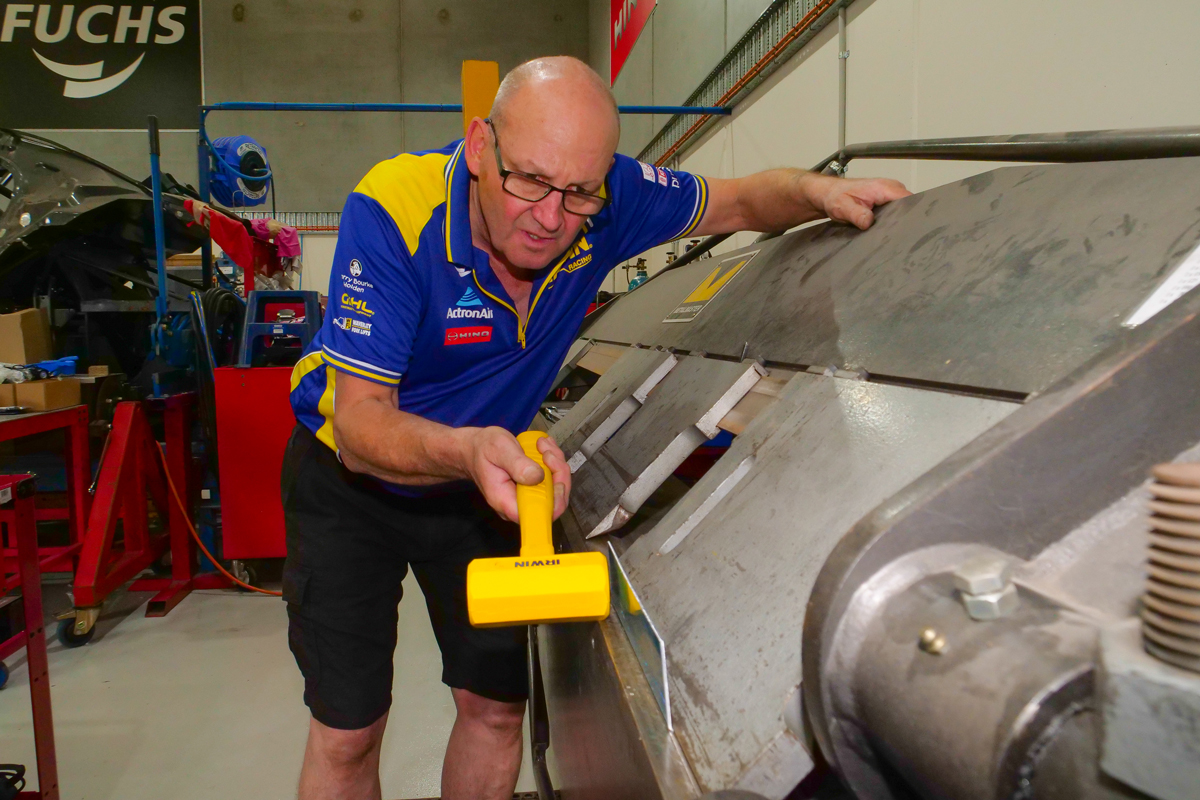 Throughout the journey, he’s had wife Jan by his side.

“She’s been a massive supporter all my life,” Smith said.

“She’s not an overly avid motorsport fan but she understands that’s where my side of the bread and butter comes from.”

That takes us back to the very start… the unusual beginnings for Smith’s love of motorsport.

“I have an older brother who’s about six years older than I am and he was involved in the North Launceston Cricket Club and they had the rights to do the catering at Symmons Plains back in the day,” he recalled.

“So from my earliest recollection, I reckon I might have been six or eight, he’d drag me along to Symmons Plains.

“Obviously there was a lot of time where you could go and look at cars or watch races, so I think that probably gave me a bit of a direction in life.

“I knew really with about a year to go in high school that all I wanted to be was a motor mechanic… and then the Harry Firth thing just happened. It was just part of my destiny.”