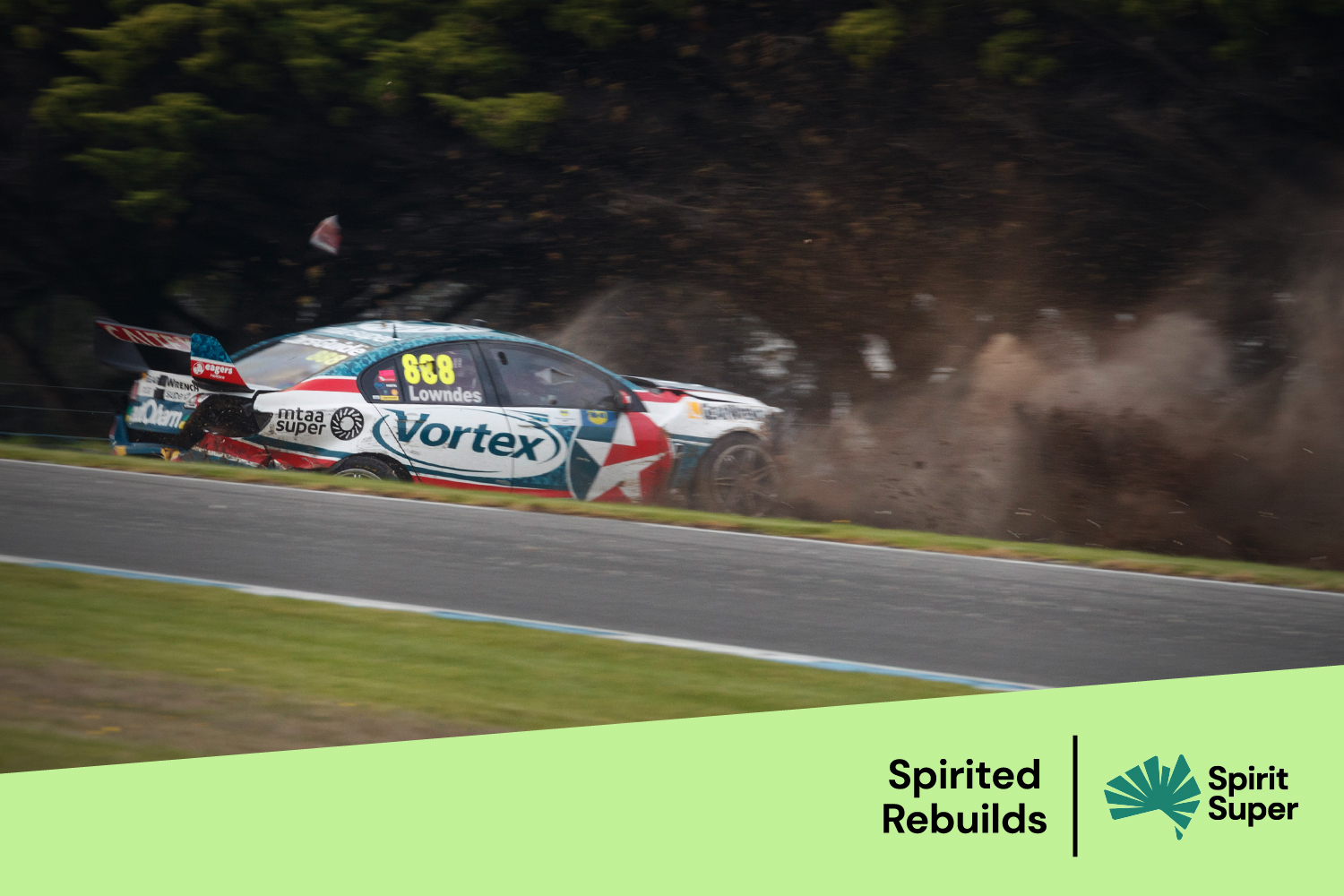 This is the fourth of Supercars.com’s Spirited Rebuild series brought to you by Spirit Super. The fourth entry covers Triple Eight's brave effort to repair Craig Lowndes’ damaged car after a major practice crash in 2017.

The face of race engineer John McGregor said it all. Craig Lowndes had not suffered a small crash, and Triple Eight faced a major repair job.

In the dying stages of first practice at Phillip Island in 2017, Lowndes was on a flying lap.

When he approached the high-speed Hayshed section, everything seemed fine. All of a sudden, the front right tyre exploded. Lowndes slid off the circuit at over 200km/h, and an accident was inevitable.

Unfortunately for Lowndes, overnight rain had rendered the grass and gravel trap too slippery to arrest the speed of the car.

The result was an impact almost at full speed, with Lowndes a passenger as the #888 Vortex Commodore speared hard into the barriers on the run to Lukey Heights.

Lowndes stayed with the wheel, reported back to pit lane and alighted the car under his steam.

However, the car had sustained heavy front and rear damage, leaving his crew with a big effort to return the car to the track.

Lowndes visited the circuit’s medical centre as a precaution and was released following a check up.

The team had less than two hours to fix the car before Practice 2, which Lowndes failed to start.

Triple Eight’s mechanics worked until midnight to repair the car, and another three hours on the Saturday morning before qualifying.

All up, 13 hours were spent fixing the damaged Commodore, with Lowndes able to return for qualifying.

Jessica Dane, who was in the garage at the time of the crash, knew her team had a big task at hand.

“Seeing that crash was scary,” she told Supercars.com.

“It was high speed and very frightening. But we had to accept it happened and remove emotion from it.

“Once we knew Craig was safe, as well as marshals and officials, it was a case of planning for the next steps.

“The car came back into pit lane and it was all hands on deck back then, under our three-car set-up.

“Our mechanics put their heads down, because they had a task in hand. They cracked on and got it done.” 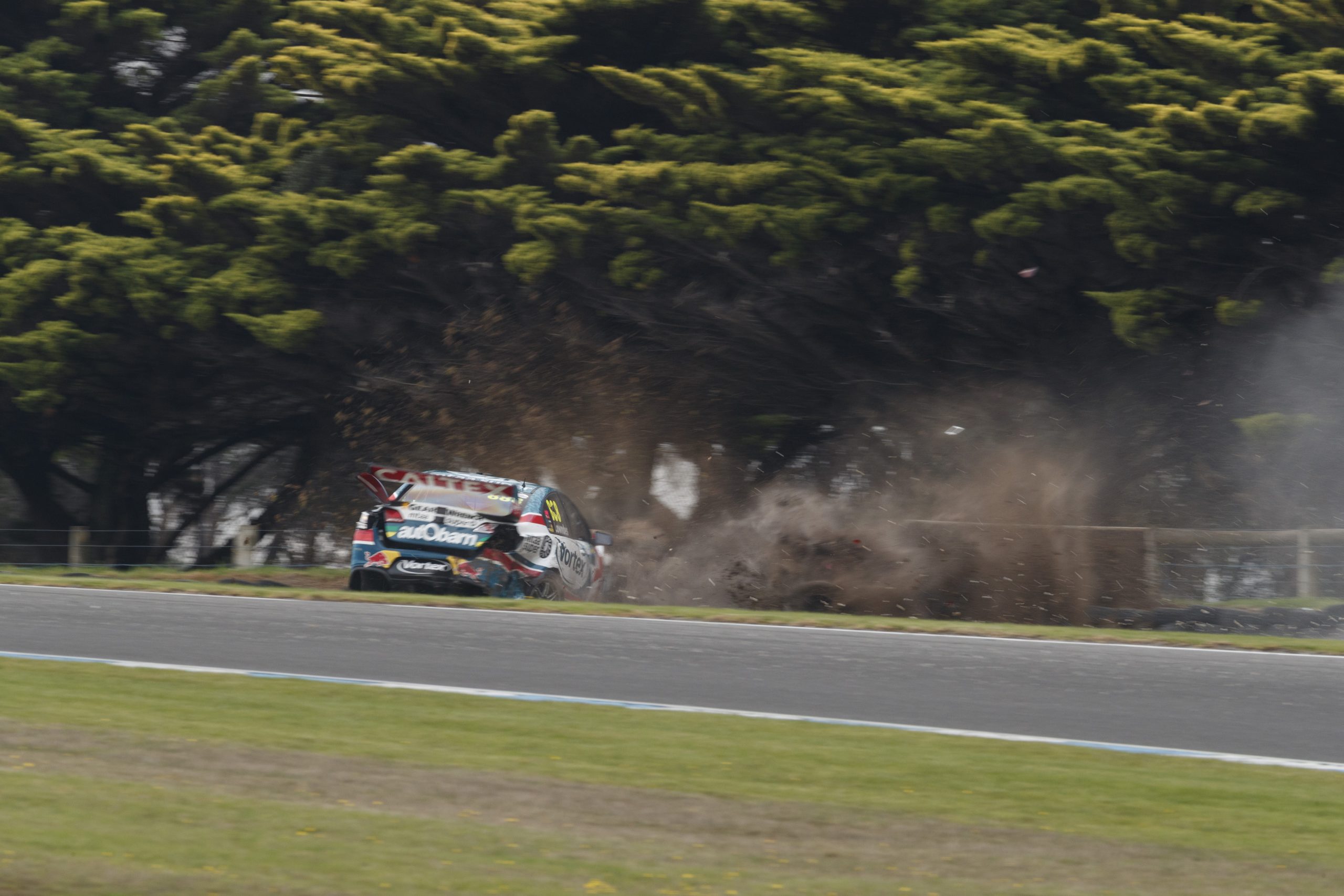 The extra time taken on the Saturday morning by the mechanics, despite having little sleep, ensured the car was in the best condition possible for the remainder of the weekend’s action.

Much of the damage was to bolt-on parts, with the team avoiding dragging out the welder.

That was a surprise considering the impact, with the car lifted up in the air.

Somehow, energy in the impact had been dissipated elsewhere, meaning the car was able to be repaired with significant chassis damage.

The rear subframe wasn’t bent, and several panels were thrown out.

Regardless, mechanics took the option to take their time with the rebuild, and sacrificed running in Practice 2. 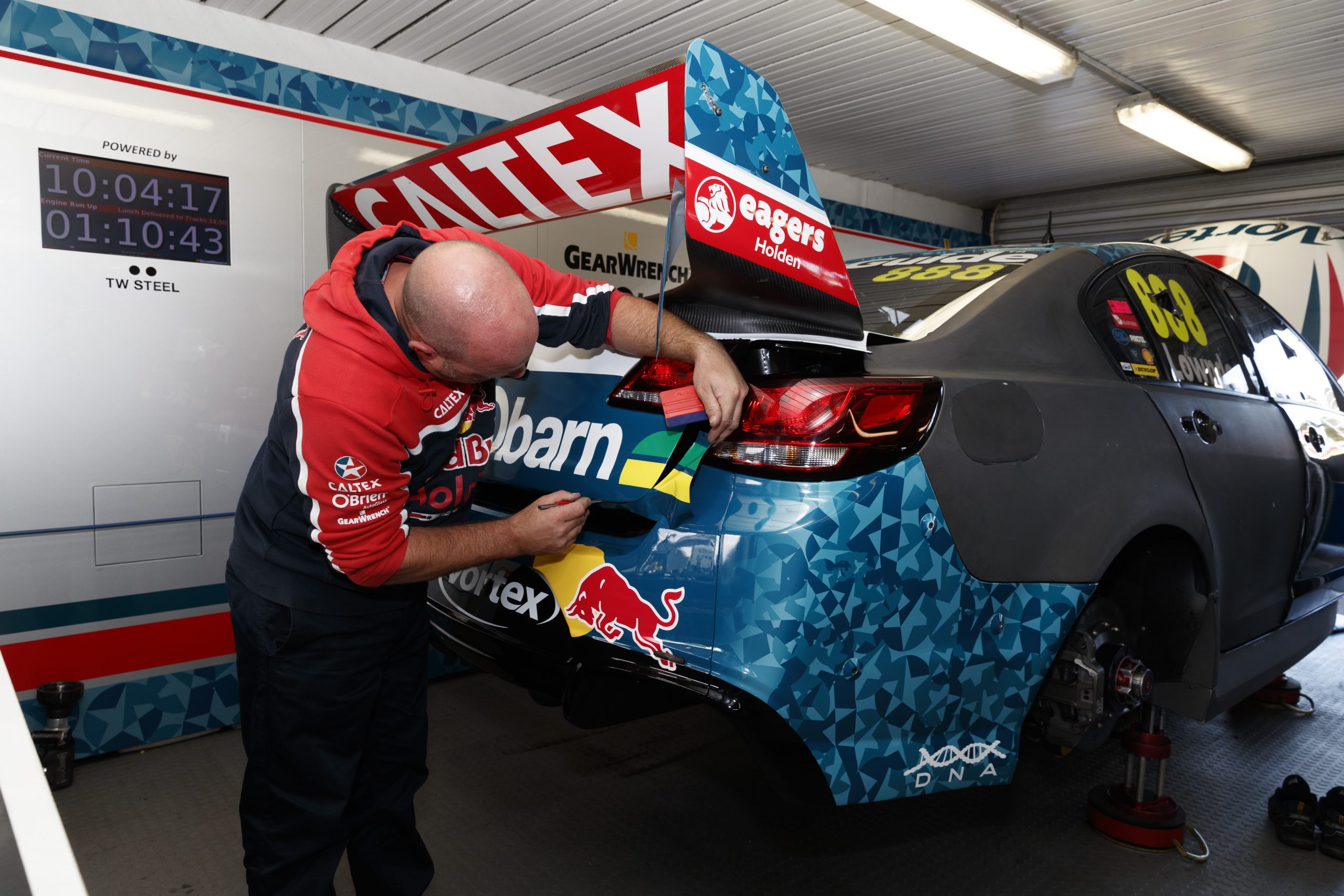 “Fortunately for us, we have such a fantastic group of people in the team,” Dane said.

“Everyone knew their role; it was like watching choreographed dancing. Everyone knew what to do at which point.

“Which area of the car, which tools they need. Mechanics from the other car will also jump in and help too as time allows.”

Such was the team’s effort, that Lowndes was equipped with a fast car; he crossed the line first in Saturday’s race, but a Safety Car restart breach saw him drop to 12th.

On Sunday, Lowndes suffered another puncture in the closing laps while running a strong fourth. He was forced to crawl back to the pits, lost a lap and finished 23rd. 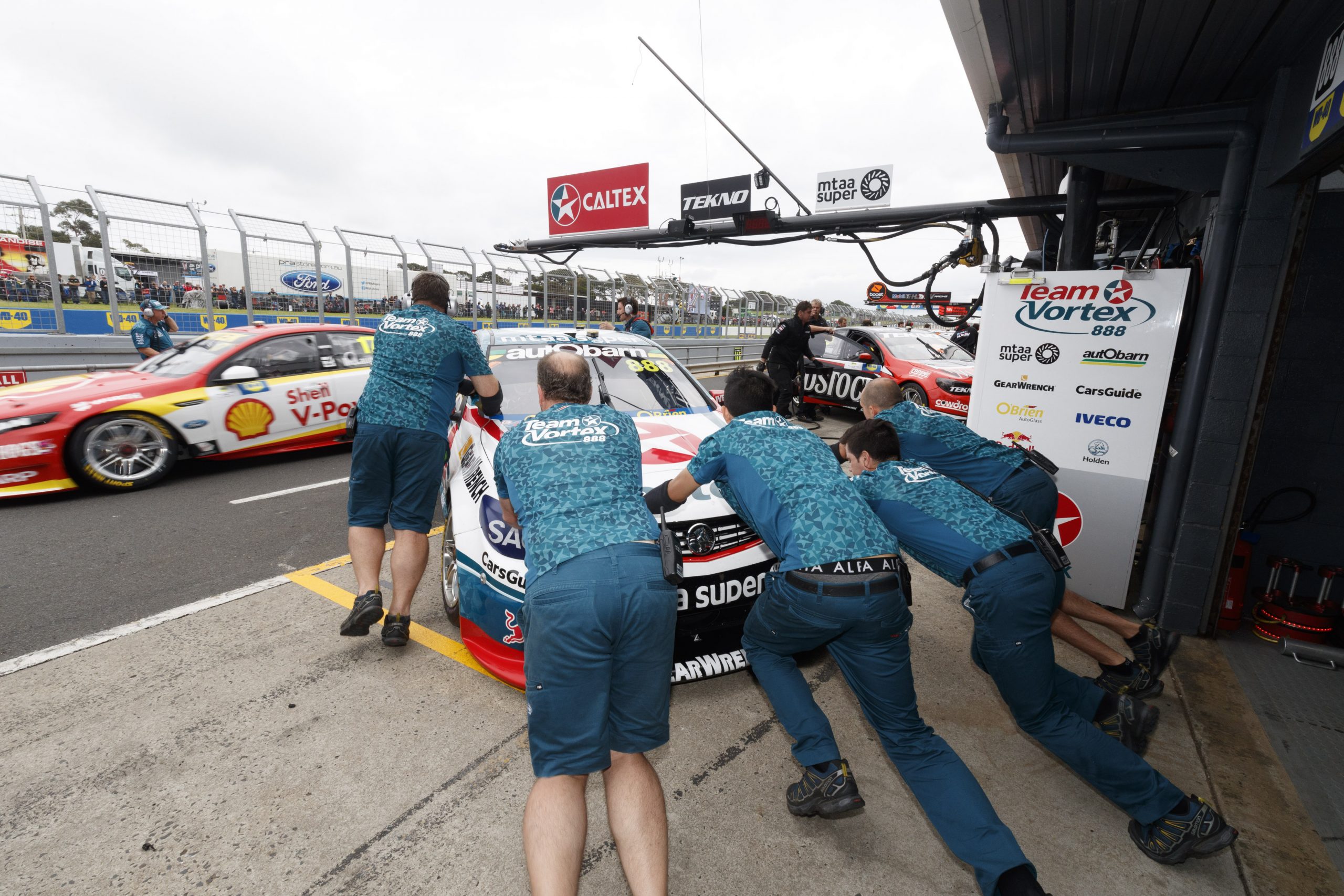 In 2018, the team also repaired the heavily-damaged car of Jamie Whincup after he fell foul of Adelaide’s infamous Turn 8.

For Dane and her team, it was all stations go, with mechanics managing a last-ditch effort to keep Lowndes’ weekend alive.

“I remember walking into the garage and saying, ‘How are we looking?’, and that we wouldn’t be out for Practice 2,” Dane said.

“You have to assess the damage and you have to remove emotion. Every time a car is damaged, there’s work to be done.

“With Practice 2 that afternoon, we had to assess the situation as quickly as possible so we could get the car back on track.

“It has to have been a really big one for us to say we can’t get back out there.”