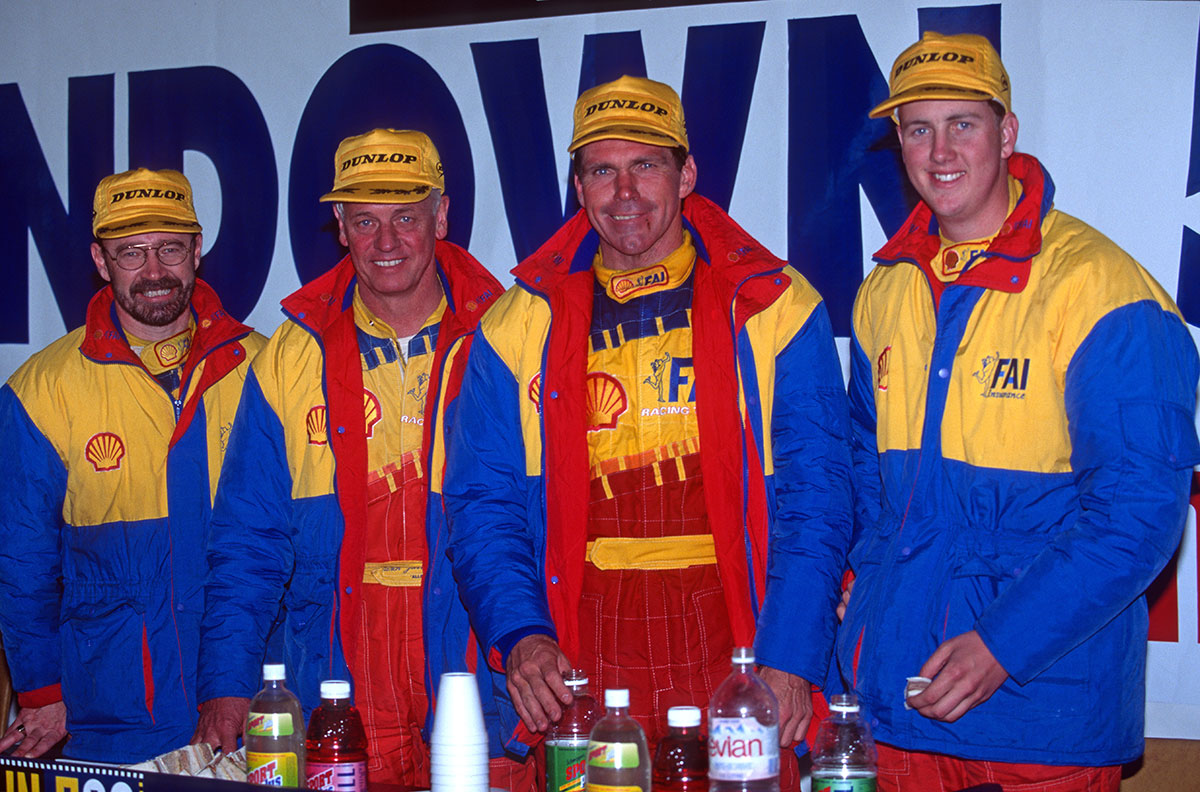 Being the son of one of the most famous identities in Australian motorsport has its upsides and its downsides – and Steven Johnson can attest to this.

The former Supercars racer has now found himself a happy home aboard a Team Johnson Mustang in Touring Car Masters, having enjoyed a full-time career in the main game spanning 13 seasons.

A winner of the Queensland 500 and Canberra 400, Johnson’s last Supercars appearance came in the 2014 endurance events, pictured below on the Gold Coast.

Now his own son Jett is embarking on going car racing as Steven juggles plenty of motorsport and automotive commitments.

We caught up with him to look at the past, present and future. 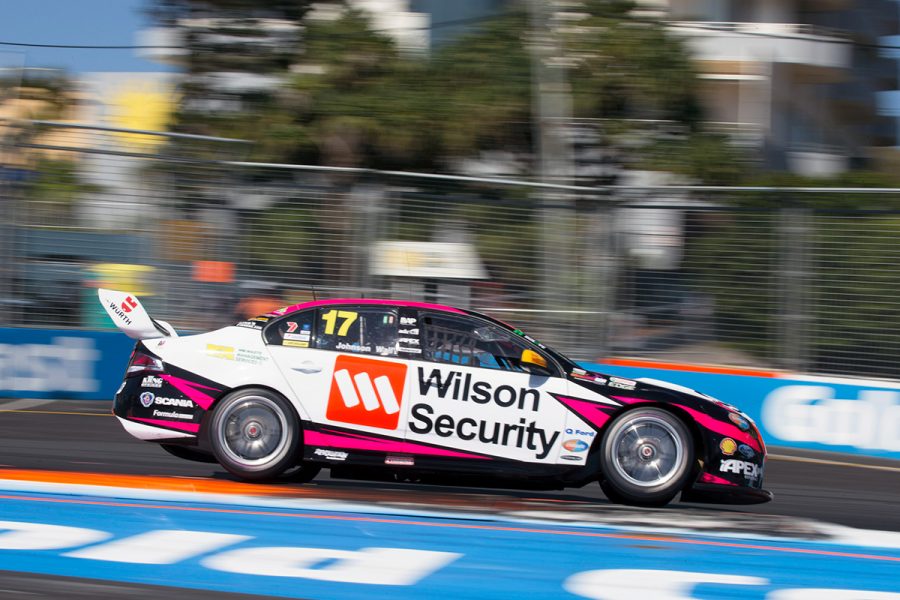 What makes up an average day in the life of Steven Johnson in 2019?

It's a little bit all over the place! There's racing, getting the TCM stuff organised and making sure things are sorted car-wise while my wife does all the logistical side of things.

On top of that I do a lot of Porsche advanced driver training, I do the Audi and Volkswagen drive experience programs as well. I'm heading away, doing Porsche Carrera Cup Driving Standards Advisor, and separate to that I'm also the GT3 Cup DSA for Porsche.

Last but not least is also all the Team Johnson side of things, trying to get that new little Team Johnson business up and running with regard to race prep, a little race shop, restoring old racecars and building new ones – and also trying to fit in an XD Falcon build for TCM! 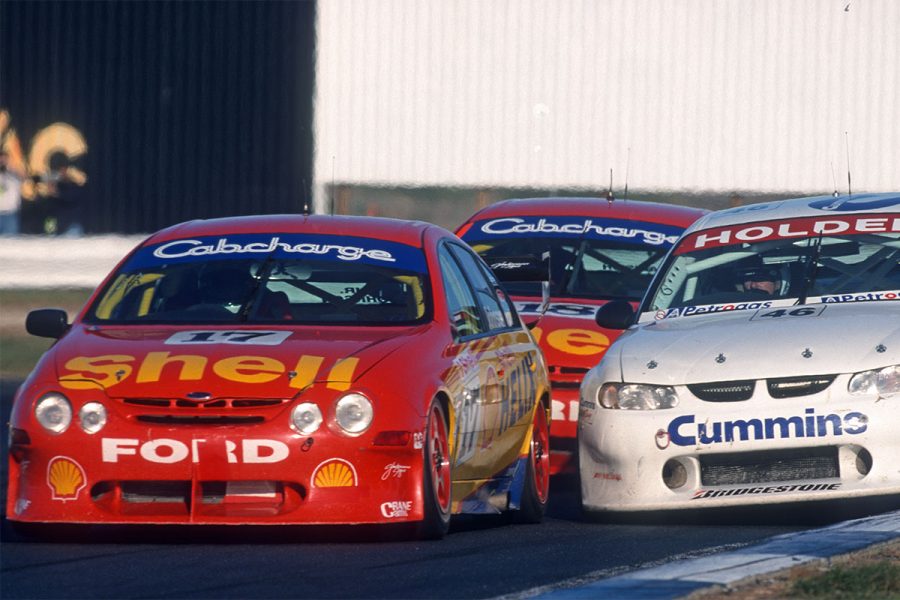 Johnson at Calder Park in 1999, deputising for his father Dick

Looking back now, did you feel extra pressure from being the son of Dick Johnson? If so, did that affect your driving, or the way you approached the sport, the fans, and the media?

It's funny, I didn't ever really feel the pressure – but a lot of people always told me about it! What I had to fulfil, how I had big shoes to fill, et cetera.

I've been hearing that my whole life. Honestly, I never really let that affect me. As time got on and people were saying the same things, I'd always turn around and jokingly say: 'Lucky I've got big feet then...'

Dad's always said to me, 'I'm my own person; you're your own person. Yes, we're related, but I can't drive the car for you. So whatever you do in the car is a testament to your own ability and what you've worked hard to achieve'. We've always been very grounded. 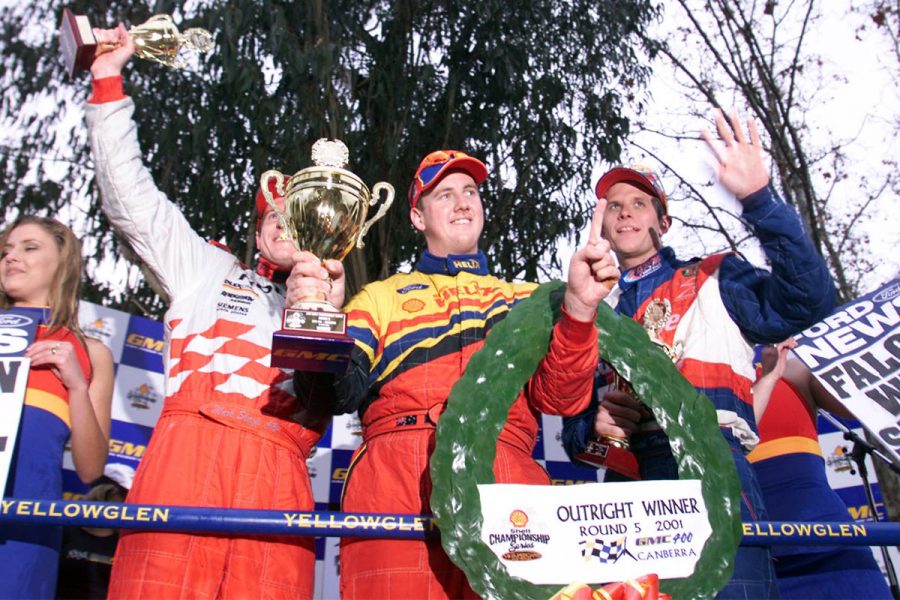 2001 was a big year for you. Maiden win at Canberra, winning the Queensland 500 with Paul Radisich, and you finished top-five in the championship. Did you feel like that was the breakthrough? The start of bigger and better things?

I did. That was only my second full-time year as well, and that was an amazing year.

Winning those races, being such a strong championship contender and thinking that... not that I'd made it, but that I was in a position where I'd proven what I was capable of doing in the right equipment.

The frustrating thing about motorsport is that you've got so many other variables that can dictate your end result.

You can be the best driver in the world, but if you haven't got the best car or at least a very good car you're going to look like an amateur. 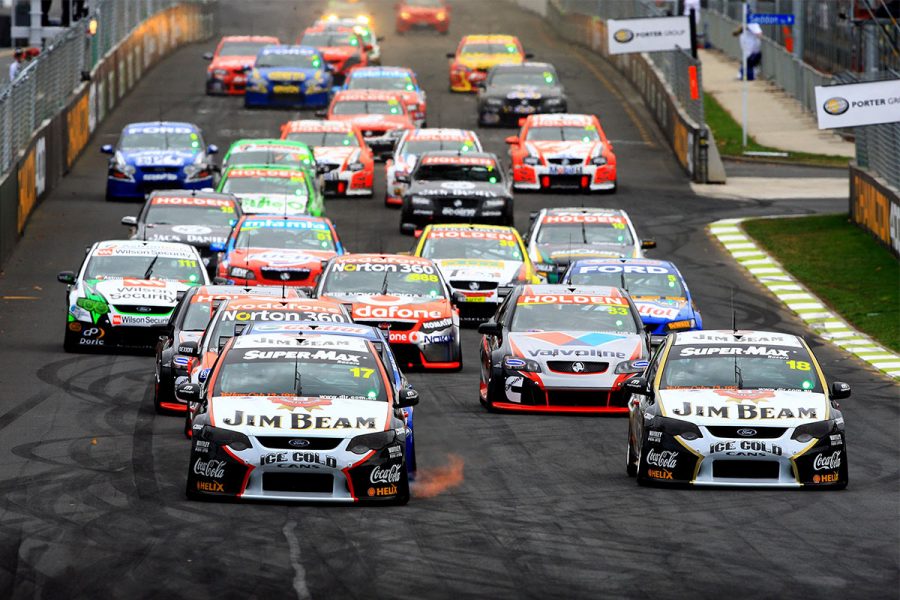 When do you feel you were at your best as a driver?

There were opportunities to do well and finish well in the championship but there were circumstances that happened through the year, whether that be mechanical failures, getting involved in crashes that I shouldn't have been involved in... but as a driver, that's when I think I was driving my best.

I also felt as if I was probably one of the best co-drivers on track at the enduros in 2013 and 2014, and then circumstances didn't happen from 2015 onwards for an endurance drive.

The only opportunity I got outside DJR was when I was running with Erebus in 2013 in the SP Tools Mercedes with Maro Engel. 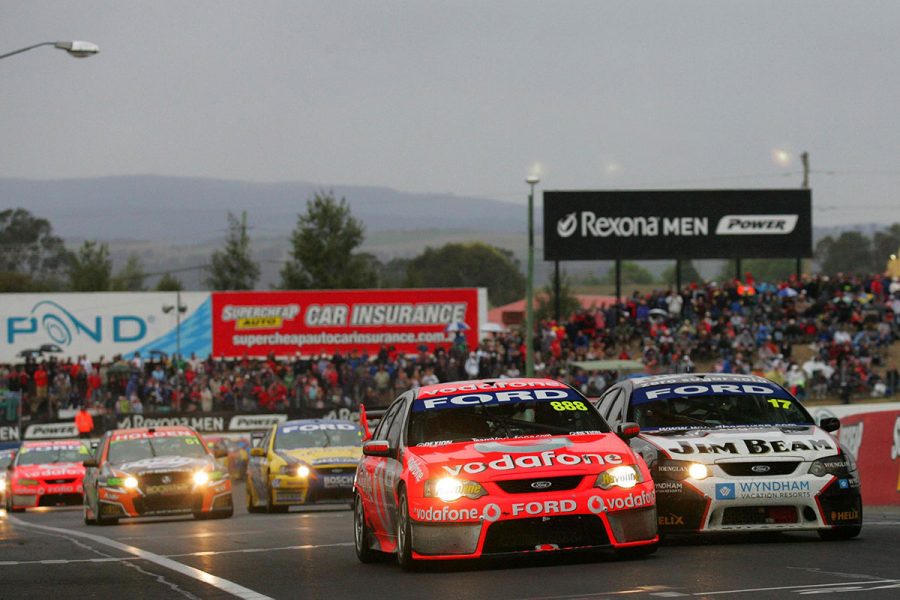 In that era an obvious highlight is being on the Bathurst 1000 podium in 2007. Where does that rank for you relative to your wins?

It ranks really highly for me personally. At that time it was positive and negative.

The positive side of things was that it was a rebuilding time for the team. It was the first year of the Jim Beam sponsorship [but] we really didn't have a massive budget. It was a tough year.

But then to come to Bathurst with one of the fastest cars there, with what we had at our disposal was a massive effort from everybody at DJR at the time.

I was stoked that we were on the podium because it was almost like a bit of a relief to show Jim Beam that this team is capable of doing great things and to extend their sponsorship, because it was only a one-year deal at that point.

But on the other hand it was really disappointing because it was the one that got away.

It was a pretty wild end to the race with everyone on slicks in the wet and people crashing everywhere. There was a massive tussle between Craig Lowndes and myself, James Courtney and Greg Murphy at the front.

To be leading that race with eight laps to go and lose the lead to Craig, getting pushed off the track coming onto Mountain Straight which cost another spot... there's definitely some things now that I would've done differently if I had the opportunity again.

You’ve been a son watching his dad race, you’ve been and are a racer yourself, now you’re watching your son Jett going racing. How has that transition been?

I think it's been OK for me. He finished karts a couple of years ago and he's now moving into cars.

We've had a bit of a break, got him right and settled in his schooling. He's now ready to go racing again, we got him a little Hyundai Excel and we're going to really hopefully have a bit of fun with that very soon.

Jett understands motorsport. He knows what needs to be done for him to succeed in motorsport.

He knows what we do is on a budget. It's about having fun and doing it together, but it's also about learning along the way.

Yeah, if you get a trophy along the way that's a bonus, but it's all about making sure that we can go out and learn a lot and have a great time; work more towards what he wants to do as a race driver in the future. 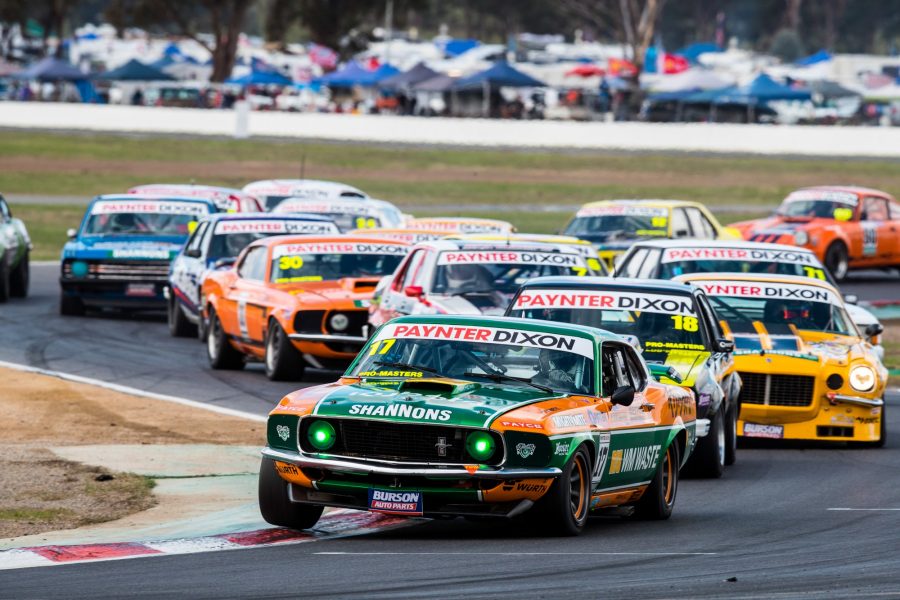 How long do you see yourself being behind the wheel?

I can't put a time limit on that to be honest. I'm really enjoying my time in TCM, I really enjoy the weekends away with Nick who works for me and my cousin Robby.

I love the interaction I'm having with my dad at the moment.

We've always had great interaction, but racing together, doing the Team Johnson workshop together and preparing that racecar and others, I think it's almost given dad more of a lease on life too.

It's given him another thing to go and do rather than just going to DJR Team Penske headquarters. He can come to our shop now too, he loves it.

Dick Johnson is the name on the wall at DJR Team Penske, and he's a very important part of that team – as a figurehead.

He hasn't got an influence in regard to being hands-on because everything's done there. At Team Johnson he's massively hands-on. It's really given him a bit more hands-on work that he loves doing.

While we're racing and having a good time, while I'm competitive – I know it's a big cliché but it's true, you don't want to go out and run around mid-pack – while I'm enjoying it, and while I've got great backers like WM Waste, Kubota, Herrod Performance, Pirtek, Mighty Mite, all these guys that sponsor us and love what we do... then we'll keep doing it.