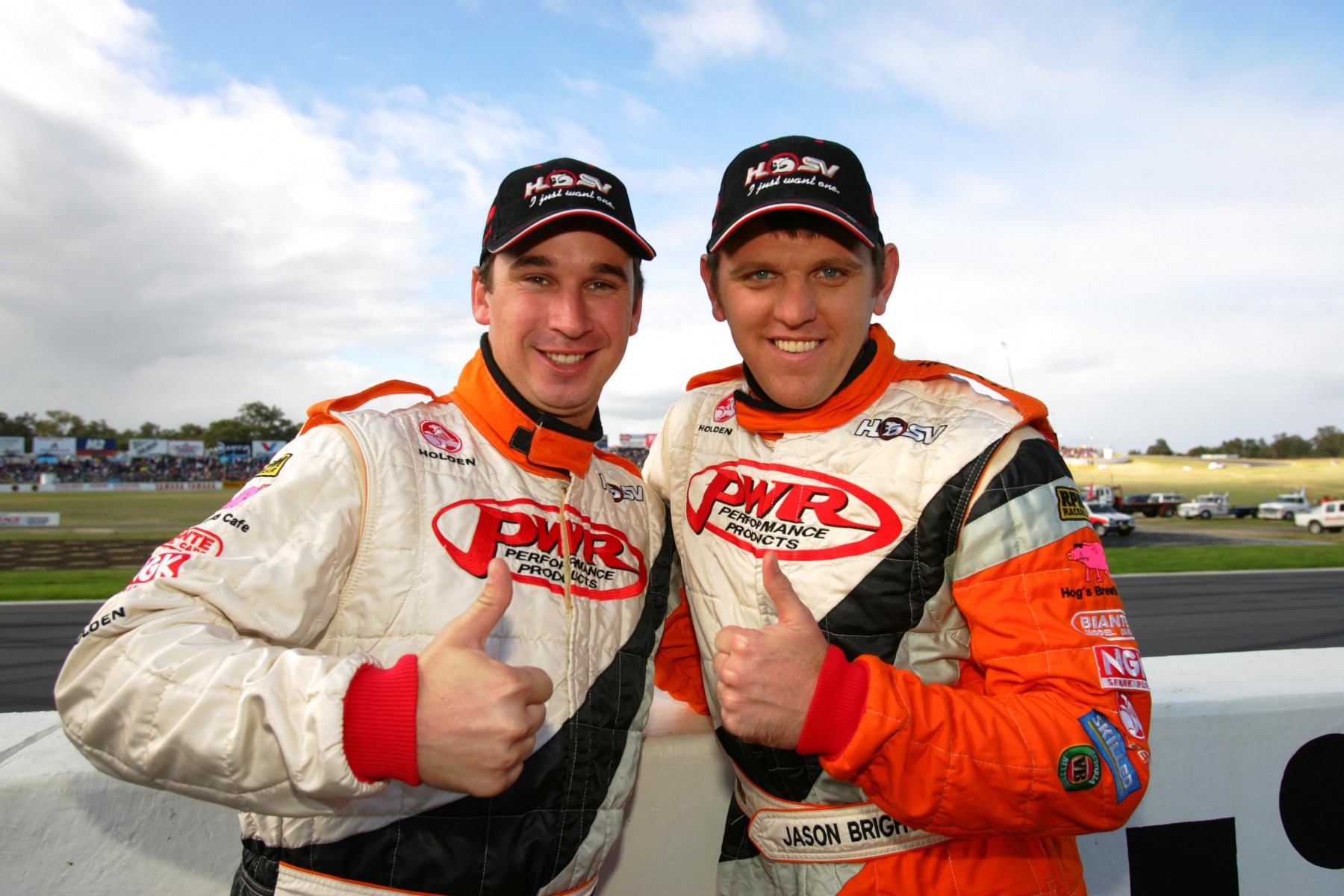 Paul Weel’s career in the Supercars Championship totaled a decade of competition between 1998 and 2008.

Now, 10 years on from his final appearance in a Supercar, he’s the latest ‘where are they now?’ focus in our latest edition of Saturday Sleuthing.

The former motocross rider and stadium truck driver made the move into Supercars as a teenager, acquiring an ex-Steve Ellery, ex-Tony Longhurst Falcon to join the Shell Australian Touring Car Championship trail as a privateer in 1998.

He and father Kees ran a single-car Falcon team for five years before moving to Melbourne to set up their team as part of the TWR ‘Clayton’ empire under the Team Brock and, later, PWR Racing banner.

Weel Jnr was team-mates with Jason Bright and Greg Murphy before stepping down from full-time driving at the end of 2005 to focus further on the growing PWR business.

He remained an endurance driver for the team for the next three years until a massive accident at Bathurst in practice for the 2008 race proved to be the end of his driving career.

However, as he explains, this huge crash was not the reason he didn’t continue to drive. 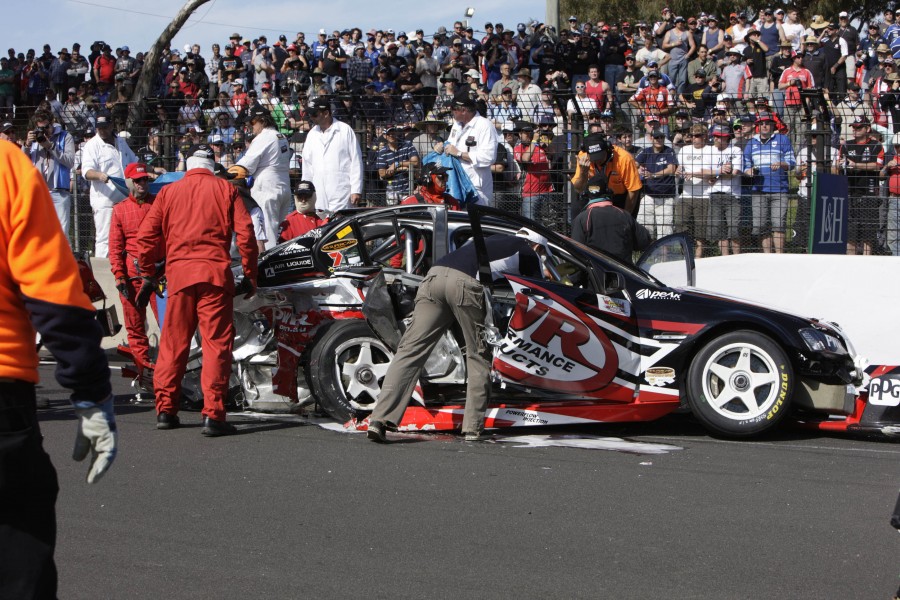 The biggest achievement of Weel and his family’s career in motorsport is not on track or with their Supercars team, but with the global boom of the PWR Performance Products business.

PWR listed on the Australian Stock Exchange in November 2015, underlining it as one of the true Australian export success stories of the local automotive industry.

In simple terms what are you doing with yourself now?

Not much really. I’m 38 now and just being a Dad with my two girls, 7 and 5. I’m running them to school and doing all the sporting drop offs too. They’re both into horses and my wife Emma has just got back into horses in the last six months or so, it’s a different type of horsepower to what I am used to!

I’m still a shareholder in PWR, after we floated in 2015 I went to America to go and run C&R Racing, which was a competitor business over there that we bought out before we floated, to turn it around. I spent six months there; it was hard on everyone, flying back and forth with three weeks there and one week at home - with two young kids that was pretty tough.

I came back and I’d had enough and wanted some time for myself and my family. I keep in touch with Kees and PWR and what’s happening there but other than that I’m doing some industrial property work. I’ve played with it over the last 10 years anyway so am doing some more of that.

Life’s pretty good at the moment and I’m enjoying what the kids are doing and having time to spend with the family, which is different to what I grew up with, having parents that were busily working away all the time and working late often too. 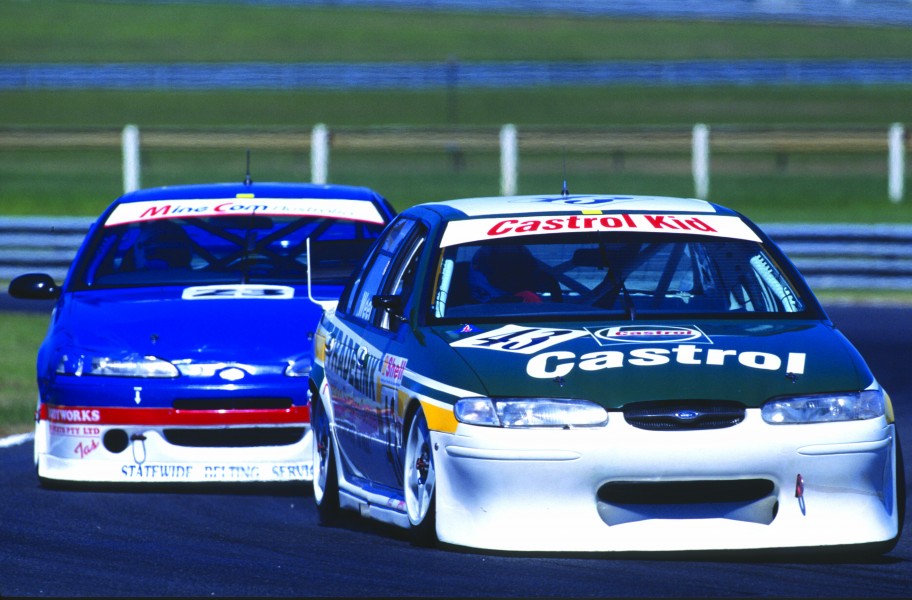 What got you into Supercars in the late 1990s?

We had been running stadium trucks and Allan Bradshaw; the Yokohama motorsport manager said we should think about racing cars on a circuit. They were in V8s and he reckoned I would go OK, so off we went and bought an EL Falcon from Steve Ellery and turned up having no idea what we were doing and how we were going to do it!

I look back on it now and think ‘what were we thinking?’ We bought the car, got engines and parts and ran it out of a little part of the shed where we were making radiators.

No, thankfully not. I fractured my L1 to L4 in my back, split my spleen and punctured a lung and spent a week in intensive care. Initially they weren’t sure what was wrong with me other than the lung and spleen - when I had got flown to Sydney in emergency they had missed the fractures in my back!

It was one of those injuries where the lower area is right near your tailbone. There was nothing I could do for it other than just lie down and rest and chew on Panadeine Forte and spend a month at home resting; then I was pretty much good to go.

Going into Bathurst ’08 we had Andrew Thompson driving for us and he was doing a reasonable job - we’re good mates today in fact.

At the time there were some issues with the money coming in from agreements we had for him to drive and not many people know that going into Bathurst if the money hadn’t come in I would have finished the year in the car.

At the end of the day had I not had that crash I would have kept on being a co-driver. But one of the issues being a co-driver is that you don’t get many laps and not much time to find where the edge of the car is.

At the time we were trying to get out of motorsport to concentrate fully on PWR. I still liked the actual driving of the car but I wasn’t into the politics and all the stuff that goes with it.

That was one of the biggest reasons why I stopped; the enjoyment of racing started to get overtaken by the politics.

Many people forget you drove with Stone Brothers and Marcos Ambrose in the 2002 endurance races - how did that come about? 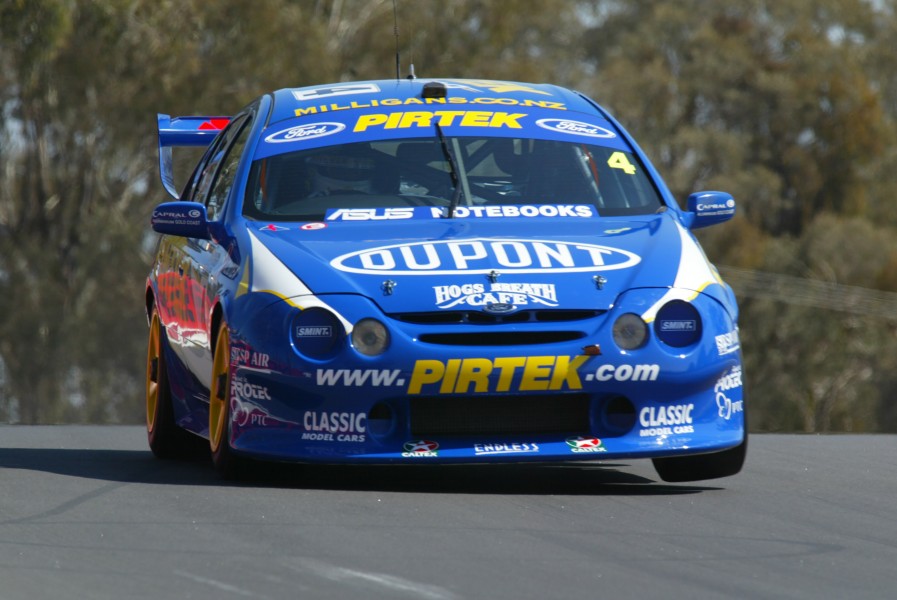 Two years before that I had Cricky (Greg Crick) co-drive with me and in 2001 he drove for SBR for the Queensland 500. He decided to step down for Bathurst and they asked me to drive. It was too late; we had our own deal and Tim Leahey sharing with me so they got Wayne Wakefield.

They spoke to us again in ’02 but our biggest problem was we had a few sponsors in Hog’s Breath Café and DuPont that needed to be looked after so we put them onto the bonnet of the Pirtek car. Before we signed the deal we wanted to do a drive swap at a test at Ipswich - so Marcos drove my car and I drove his to make sure I could drive it well.

I remember at the time it turned a few heads! Doing that deal was probably one of the biggest things we ever did. The experience and stuff you get from being around a good team like SBR … I got a lot out of it.

Then there was Team Brock in 2003. Basically it was PWR Racing but with Brock branding and Peter as figurehead with no financial stake.

That flowed out of the previous year. I’d had discussions with TWR about driving enduros in 2002 but the SBR deal was done. So the next year it was a case of ‘bring your licences to TWR, we’ll pay for everything, Paul gets a drive and gets paid, you won’t have to put your hand in your pocket’. Then Tom Walkinshaw went bust! 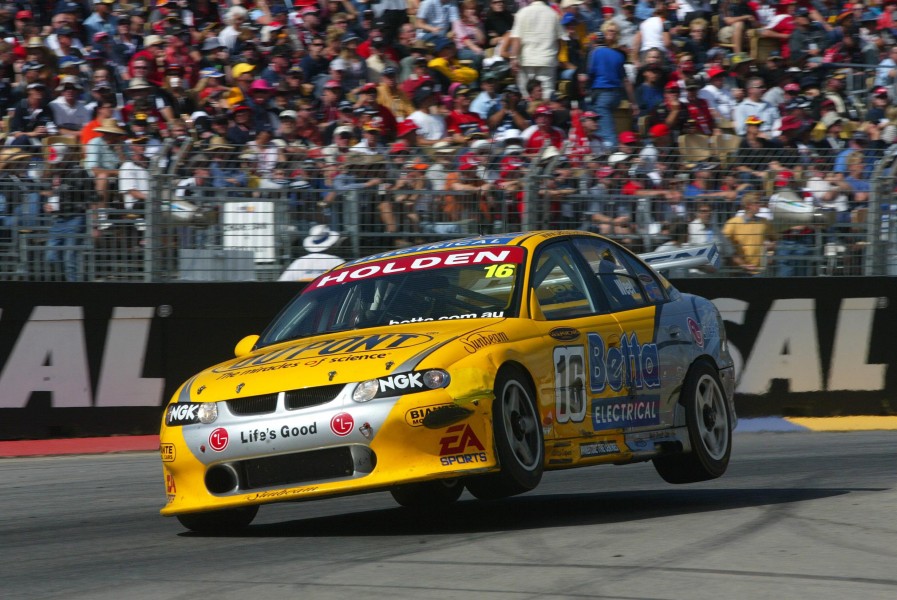 So that put a big curveball in. When Holden went over and bought it all and then on-sold it, you had three different owners (Weels with Team Brock, Mark Skaife with HRT and John and Margaret Kelly with Kmart) trying to get the best parts for themselves and everything like that. We ended up taking on board the challenge and if you look at what Brighty did in 2003, we punched a fair bit above our weight.

With Peter he was Peter, a legend of the sport and will always be. He was quite good; it would have worked out if it were more controlled properly from the other side from Holden. We had no clashes but differences of opinion over how the team should be run but, at the end of the day, everyone’s opinion counts, but when you’re paying the bills it makes a big difference.

If the way Holden had sold it to us had have happened, I think it would have been a great marriage continuing for everyone. But, at the end of the day, he’s a legend and will always stay like that.

You scored a Clipsal 500 podium result that year, but only after crossing the line fourth and third-placed Russell Ingall being penalised post-race and post-podium presentation, so you didn’t get your moment on the podium …

Yeah true, but I’ve got the trophy and the empty bottle of champagne though!

That makes me think of all the times we ran well, Adelaide was a place we always ran well, but in the Holden era of the team we’d have good starts to the year but after two or three rounds we’d lose our way and go to pieces.