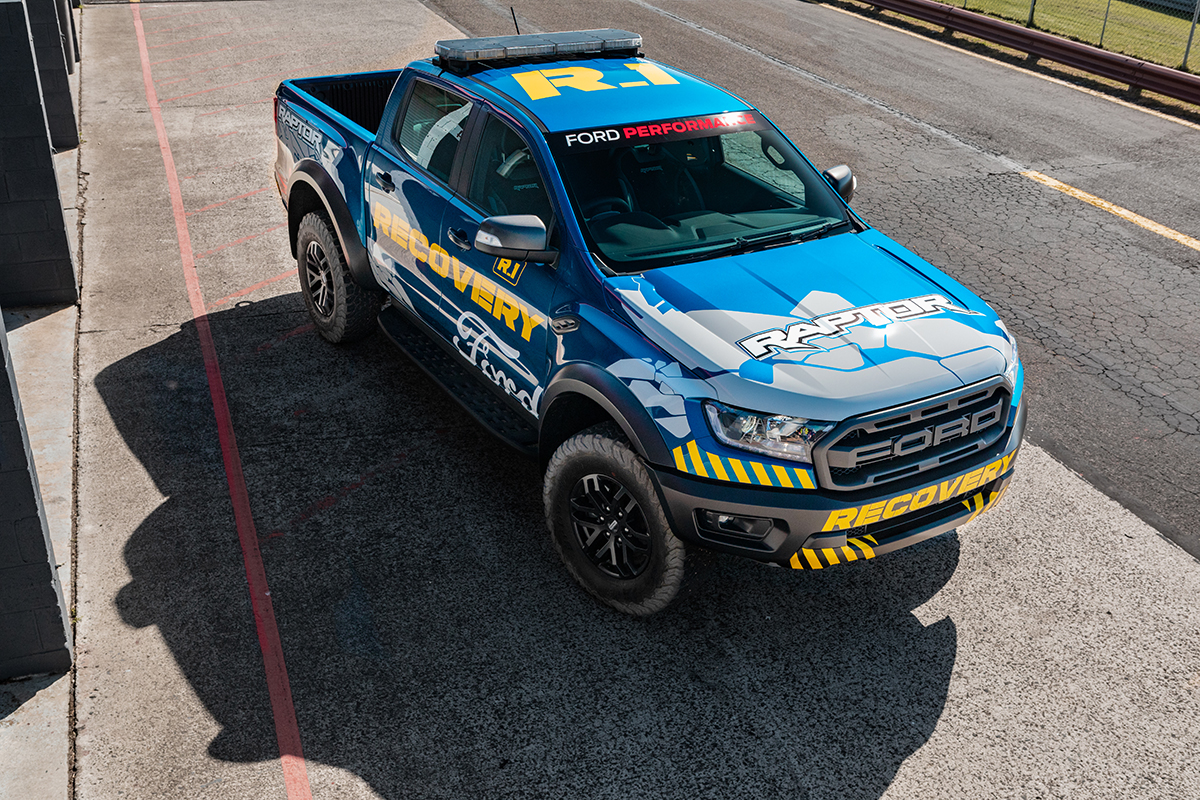 The Ford Performance Ranger Raptor is making its debut as the Official Recovery Vehicle of Supercars at this weekend's RABBLE.club Sandown 500.

Part of Ford Performance's new offering in Australia, the Raptor is the flagship version of the Ranger.

Its trackside role was announced in April, alongside news that Ford's Mustang will enter the Virgin Australia Supercars Championship in 2019.

“We’re immensely proud of the Ranger Raptor, and we’re so excited to have the opportunity to show off its capability and strength while supporting the Virgin Australia Supercars Championship,” said Kay Hart, CEO and President of Ford Australia and New Zealand.

“It’s a vehicle that we know will be able to tackle the serious challenges presented by one of the most exciting race series on the planet.

"We can’t wait for it to be crossing sand traps and rescuing stranded Supercars – preferably while Fords are out in front, mind you.”

“It’s great to have the Ranger Raptor, the ultimate Ranger and a vehicle we know resonates with fans,” Supercars CEO Sean Seamer said.

“It’s a vehicle with the strength and dependability we need, and shows Ford and Ford Performance’s complete commitment to our sport.”

The Ranger Raptor Recovery Vehicle is effectively standard, with the road-going model on sale now. 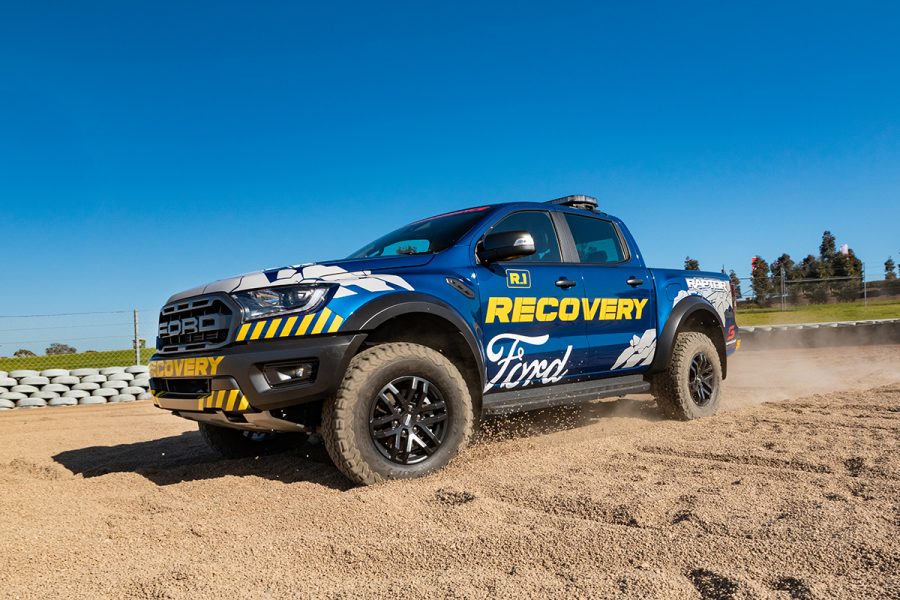 Changes are limited to adding communications, GPS and Dorian timing equipment - like the Safety and Course Cars – extra lighting and a livery designed by Ford Asia Pacific in Melbourne.

“I’m looking forward to getting used to the vehicle and really stretching it to its full capacity," Alastair Walker, head of recovery for Supercars, said.

"I’m sure it will provide an excellent tool to assist the team and me moving forward.

“Each track is different, even if they appear similar, so the demands on the vehicle can change from event to event, day to day or hour by hour.

“Tracks such as Winton and The Bend have a lot of runoff, which, when dry, is not too much of an issue, but when wet, can cause issues in being able to access stranded vehicles.

“Barbagallo has a lot of deep, soft sand in its runoff areas. Sandown, too, has areas such as Turn 3 that, when wet, can have up to 12cm of water at the bottom of the hill.

"Bathurst, as we know, can be sunshine at the bottom of the mountain and teeming at the top.”

Ford's Ranger also races in the ECB SuperUtes Series, with a second turbo-diesel machine joining the grid at Bathurst.