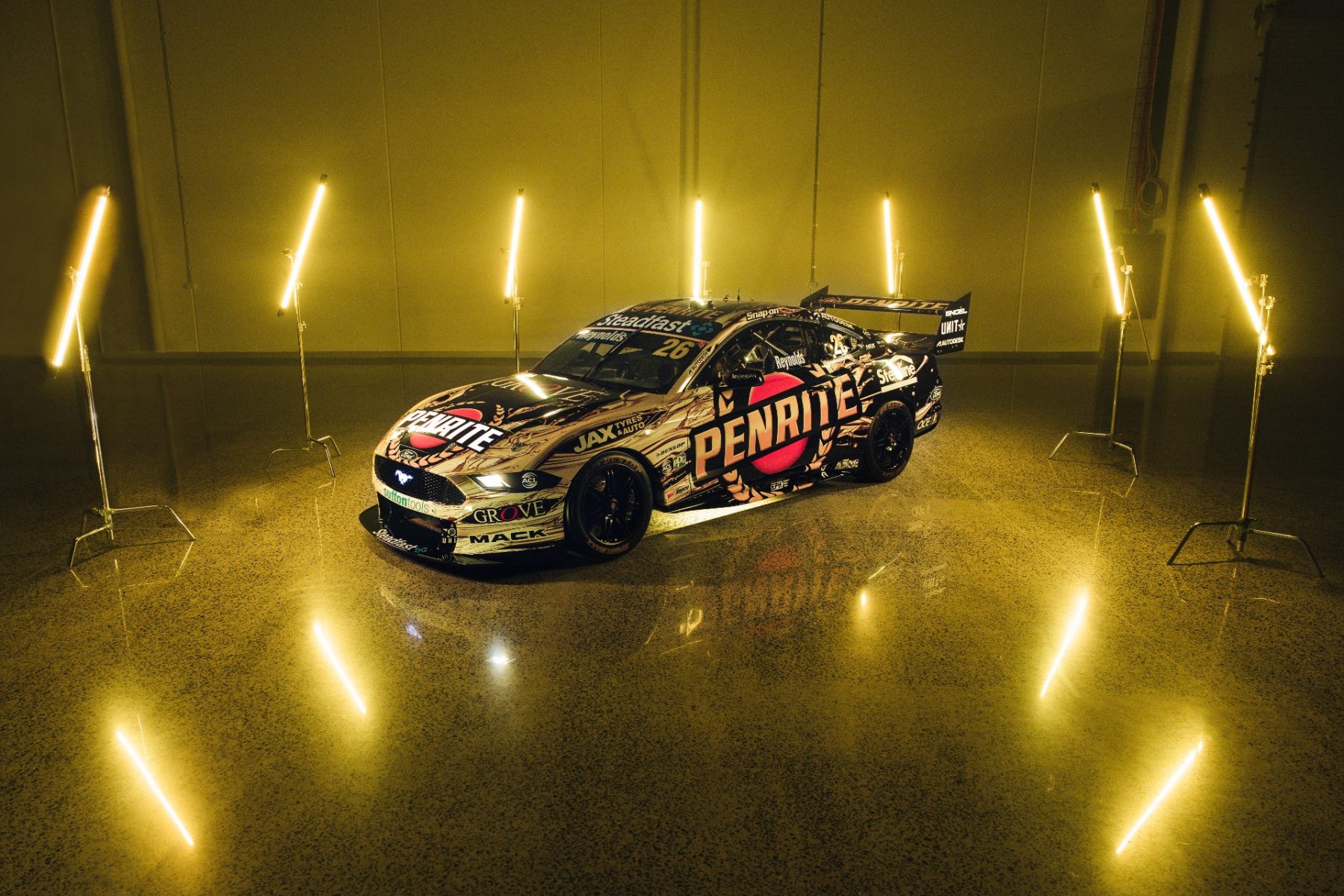 David Reynolds will campaign a striking new livery on his Penrite Racing entry when the season resumes in Sydney.

The #26 Penrite Racing Mustang Supercar will roll out on Friday night with an illuminated golden livery.

The special livery will feature at all four rounds at Sydney Motorsport Park.

The #26 Kelly Grove Racing Ford has been wrapped in electroluminescence vinyl which will illuminate Penrite branding on both the front bonnet and rear bumper.

Golden oil is also highlighted on the car, with oil flowing down the bodywork.

The car will also feature yellow in and under car lighting.

Reynolds, who also competed in a special one-off livery for his 350th race start at Sandown, was excited to roll out in the striking new look. 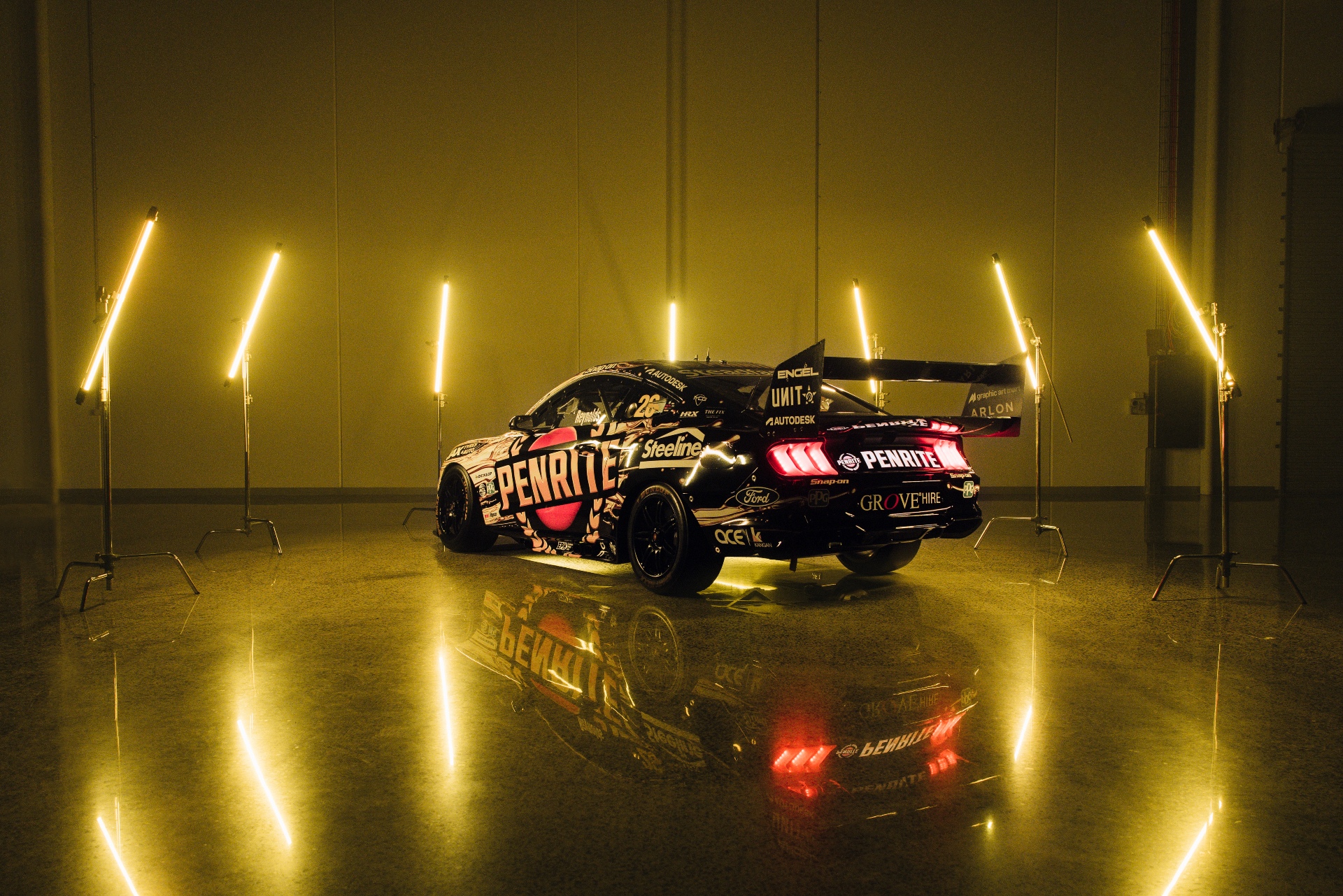 “What better way to get back onto the track than with a new livery to celebrate,” Reynolds said.

I’ve never seen an illuminated vinyl before and what we’ve put together is mind blowing.

"I can’t wait to see it under lights at SMSP."

Jarrod Harding, Penrite Director of Motorsport added: “It’s great to finally be back on track.

"We’ve got something really special here with the new car lighting and I can’t wait for everyone to finally see it. 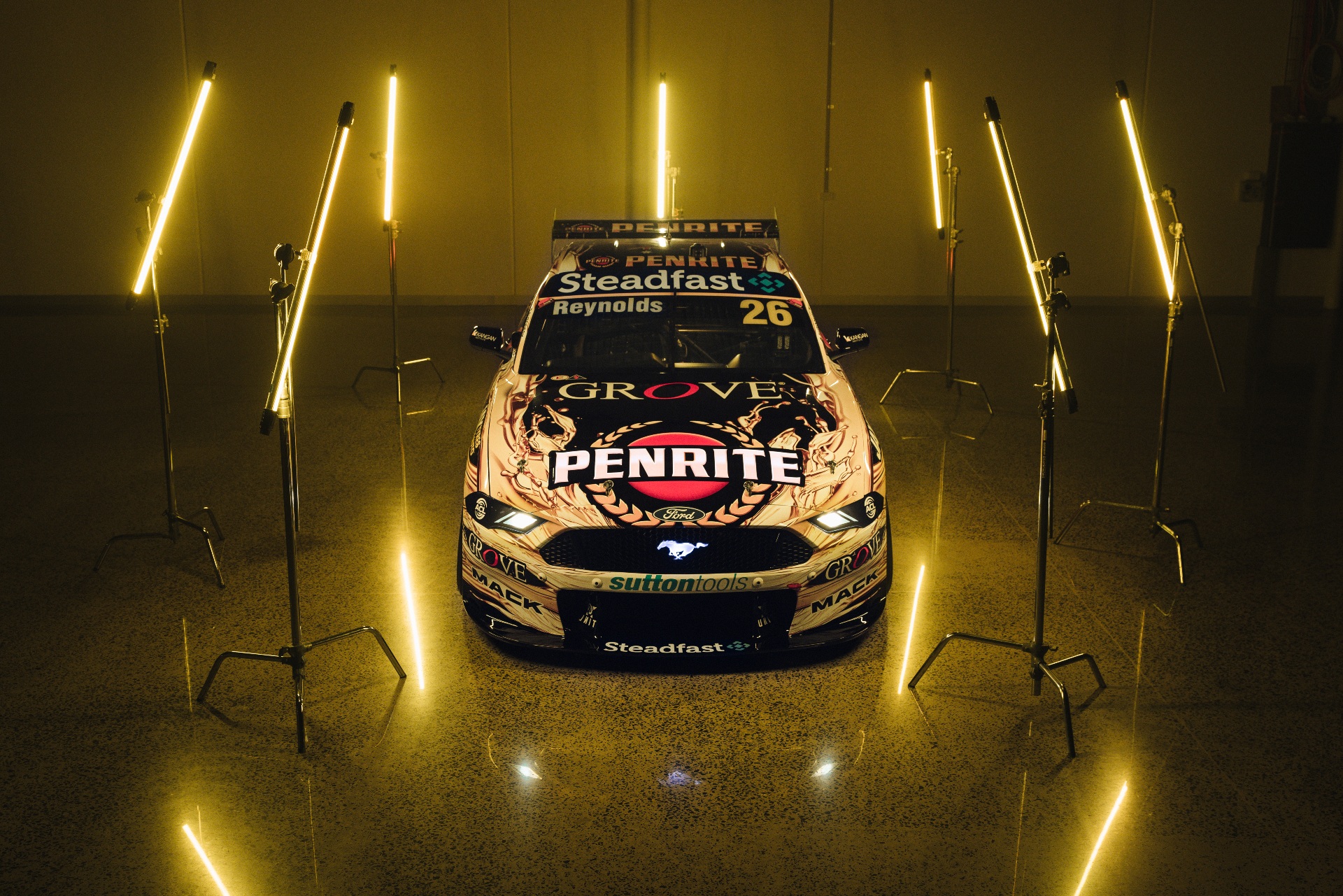 "As an oil company it’s also great to do a livery design that emphasises who we are and what we do.

"Seeing it under lights this weekend is going to be fantastic."