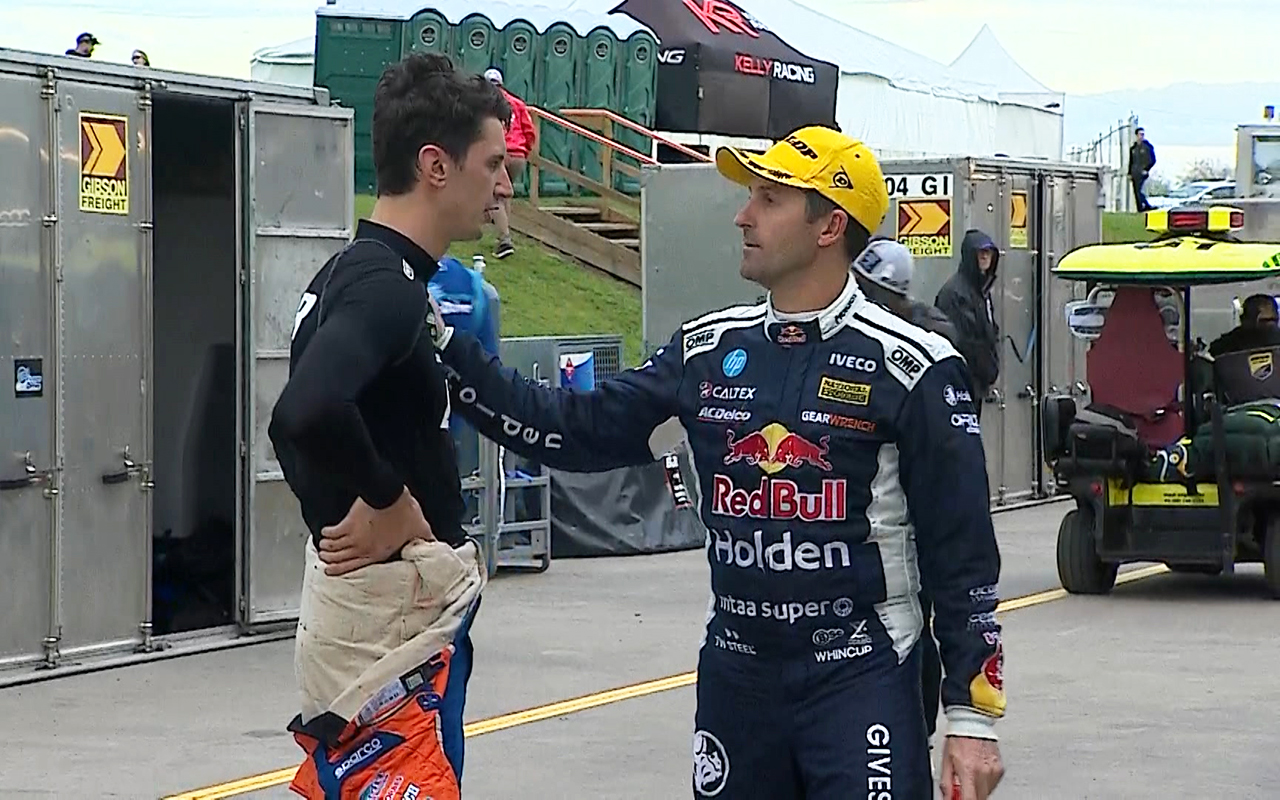 Nick Percat expected Jamie Whincup to be handed a drive-through penalty for their Pukekohe clash, rather than the post-race sanction the Red Bull driver received.

The Brad Jones Racing driver was turned around at the Turn 8 hairpin on lap two, dropping to the back of the field.

Whincup had been passing Scott Pye into the right-hander, tagging Percat on the exit.

Percat recovered to 12th by race finish, while Whincup challenged for the race win before settling for second at the flag behind Red Bull teammate Shane van Gisbergen.

That became sixth when the stewards imposed a 15-second post-race penalty on the seven-time champion, who sought out an animated Percat for a chat about the incident.

Percat, who turned 31 today, was blunt in explaining the discussion.

“Jamie just said sorry. It was a pretty shit birthday present,” he said.

Asked prior to the stewards’ decision if he expected a penalty to be issued, Percat added: “I would have assumed an instant drive-through penalty which, to be honest, would have been fair for any form of motorsport over the years.

“I said to Jamie, if it wasn't me and you, and we were just sitting on the couch watching the TV and we saw that happen, what would we expect to happen?

“I said I think it would be a drive-through and he was like 'well, probably'.”

The penalty denied Red Bull a 1-2 finish, which would have marked a significant turnaround from their trying previous round at The Bend.

“I went down and spoke to his whole crew and Nick as well,” Whincup said.

Percat took positives from the pace his ZB Commodore showed to charge back through the field, providing optimism for a better result tomorrow.

“[The] frustrating thing is we're showing good pace and we've got some new stuff in the car, everyone here at BJR is doing a mega job, and just got to get some more good results,” he said.

“Disappointing. Fight back tomorrow and see how we go.”