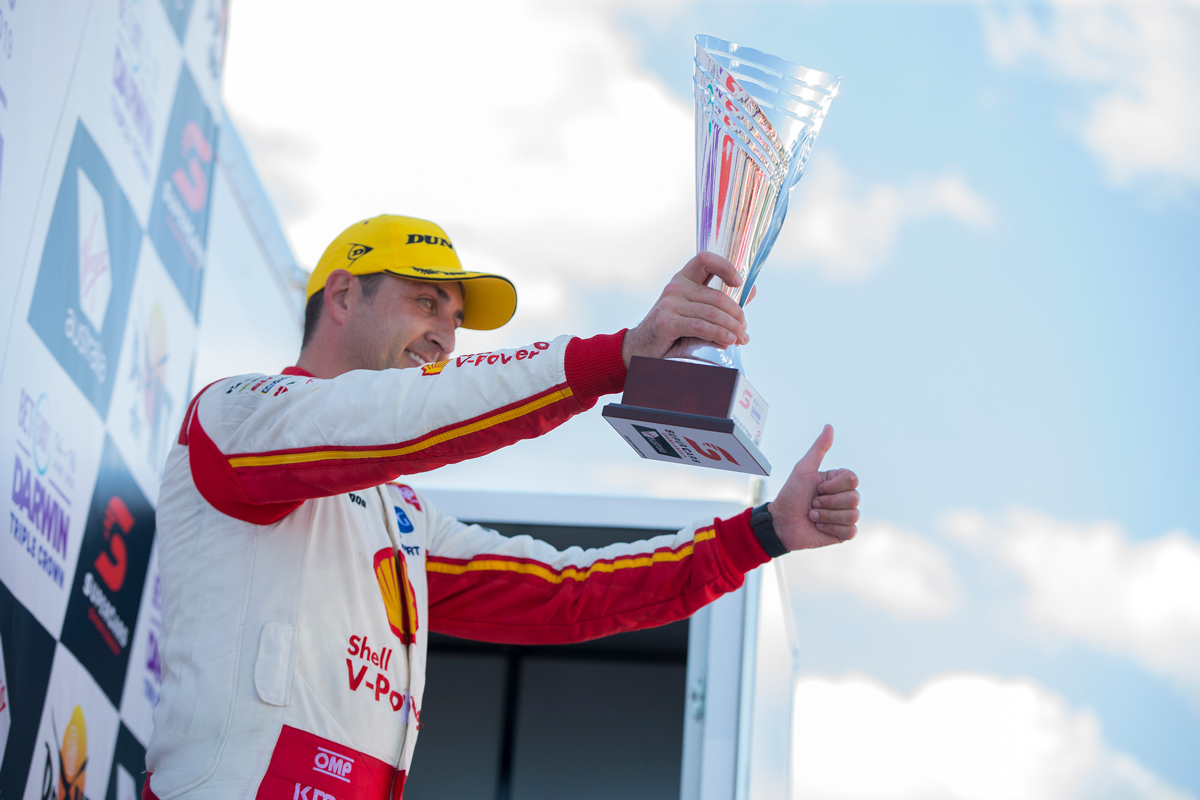 Team Penske boss Tim Cindric has given the strongest hint yet that Shell V-Power Racing will enter 2020 with an unchanged driver line-up.

The in-form squad is a key part of the current silly season, with 36-year-old Kiwi Fabian Coulthard out-of-contract.

Coulthard’s future beyond his current deal appeared under threat after an underwhelming 2018, where he finished eight places behind champion team-mate Scott McLaughlin.

However, Coulthard’s form has improved dramatically with the introduction of the Mustang in 2019, currently second in the standings with two wins to his name.

While Penske has a policy of not speaking publicly about driver contracts, Cindric hinted at status quo when asked of DJRTP’s 2020 line-up at Hidden Valley.

“I think the guys we have are doing a good job and continue to push each other forward,” he told Supercars.com.

“As far as when contracts end and all the rest of it, I don’t anticipate too much changing in the near future.” 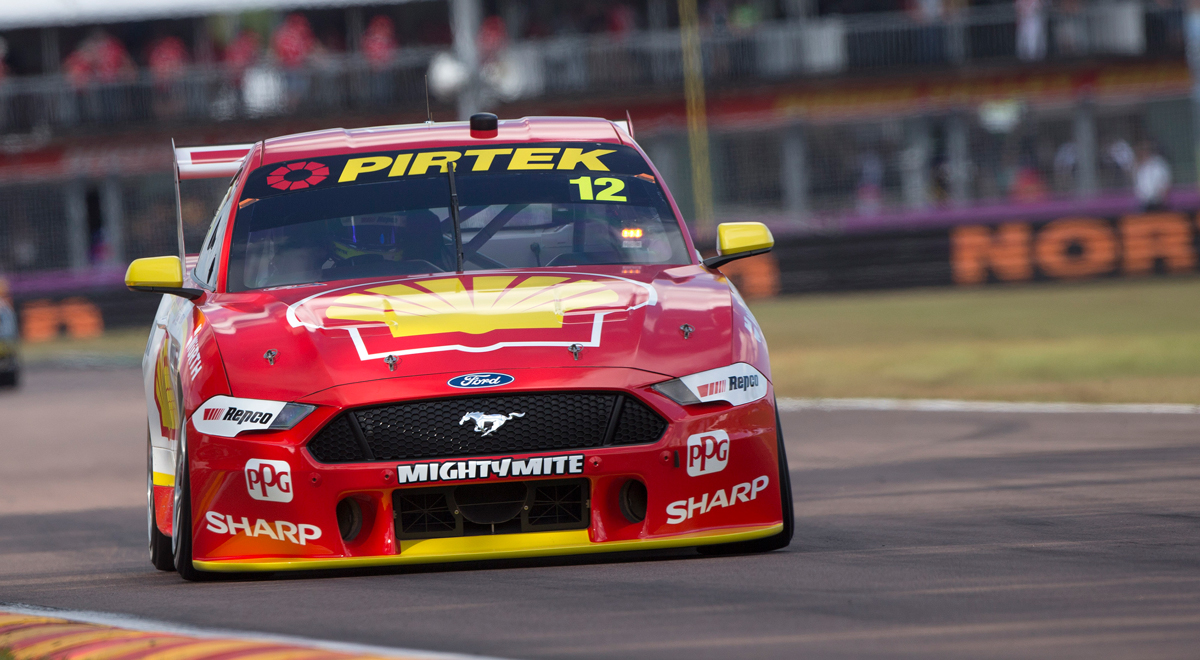 Out-of-contract Tickford Racing star Chaz Mostert has been heavily linked to a future at DJR Team Penske, but may now have to wait until at least 2021 if he wants to join the squad.

That could be in place of either Coulthard or McLaughlin, who has been open about a desire to eventually race in the United States.

Pressed on whether DJRTP’s plans for 2020 have already been finalised, Cindric added: “No, we’re not ready to announce anything, but as I said I’m confident.

“We’ve got to work out a few things, but I think it will all come into place in the next few weeks.

“We were hoping that by the end of June, that was our goal, to understand where we’re going for next year.

“We’re not prepared to make any announcements, but we’re happy with where we are.”

Coulthard joined DJRTP when the squad expanded to two cars for 2016; the second year of Team Penske’s Supercars sojourn.

Already a five-time Supercars race winner at that point thanks to a stint at Brad Jones Racing, the well-presented Coulthard was a clear fit with Penske’s clean-cut image. 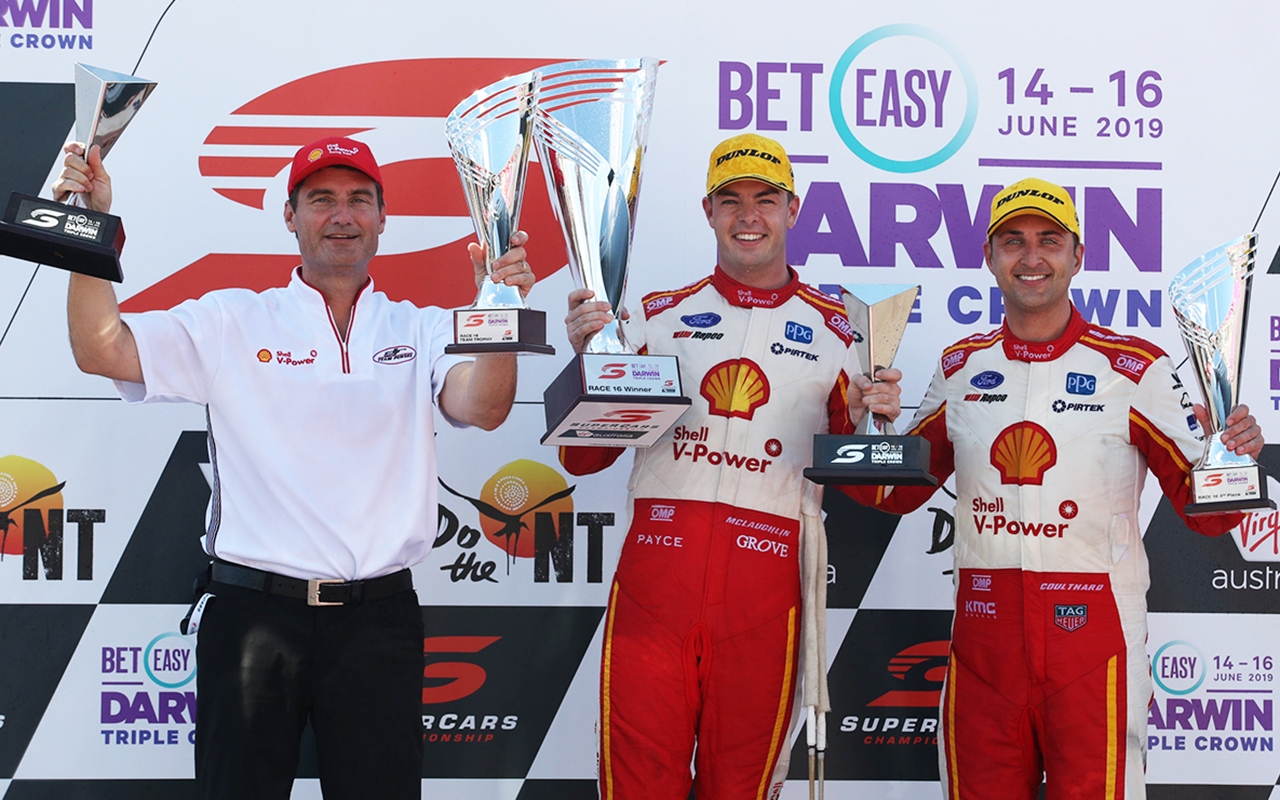 Cindric on the Hidden Valley podium with McLaughlin and Coulthard

While he’s been overshadowed by McLaughlin since the youngster joined the team in 2017, Cindric stresses the value of Coulthard’s contribution.

“I think in all different teams, you have highs and lows and whatever else, but he’s been a guy who’s been really good for us on and off the track,” said Cindric of Coulthard.

“You have to have success and there’s times we’ve been in a position to do well and haven’t executed.

“But as you go on and get better and better at the execution piece, then the success comes with it. I think you’re starting to see some of that.

“[Sunday] when we executed and put a good car under him, he put the thing on the podium.

“[Saturday] we probably didn’t put a car under him that was capable of being on the podium.”

Coulthard finished seventh on Saturday at Hidden Valley after a broken rear pushrod hampered his qualifying, before improving to third on Sunday.