On this day: Ambrose’s march continues at Winton 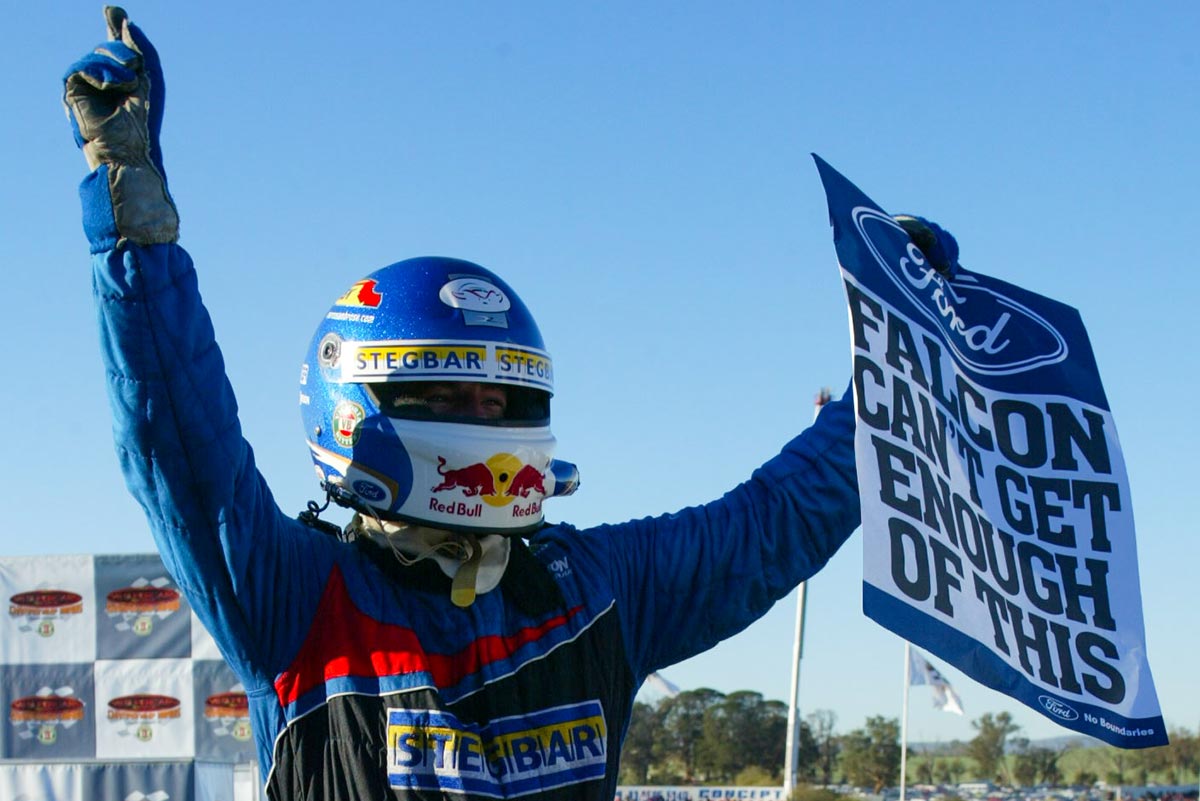 The 2003 visit to Winton Motor Raceway marked a key moment in Marcos Ambrose’s 2003 title charge, with the Ford hero scoring victory on this day 18 years ago.

On May 25, 2003, Ambrose became the first Ford driver in eight years to win consecutive rounds in a season.

Ambrose, who will return to the broadcast team for this weekend’s Winton SuperSprint, won nine races en route to his maiden title.

He commenced his 2003 campaign, his third full-time campaign with Stone Brothers Racing, with victory in the Adelaide season-opener.

A DNF in the second race left Ambrose 11th in the standings and with it all to do, and being spun by Jason Bright at the following event at Phillip Island didn’t help.

A 17th-place finish at Phillip Island left the #4 Pirtek Falcon pilot 13th overall heading to Sydney, and victory saw him rise to ninth.

Heading to Winton, where he scored pole position in 2002, Ambrose was 126 points down on runaway leader Bright.

After topping the Top 10 Shootout, Ambrose beat Greg Murphy to Turn 1, despite the eventual Bathurst winner enjoying a better jump.

An early Safety Car period saw SBR opt for an alternate strategy, and after his first stop, Ambrose was eighth behind new leader Bright. 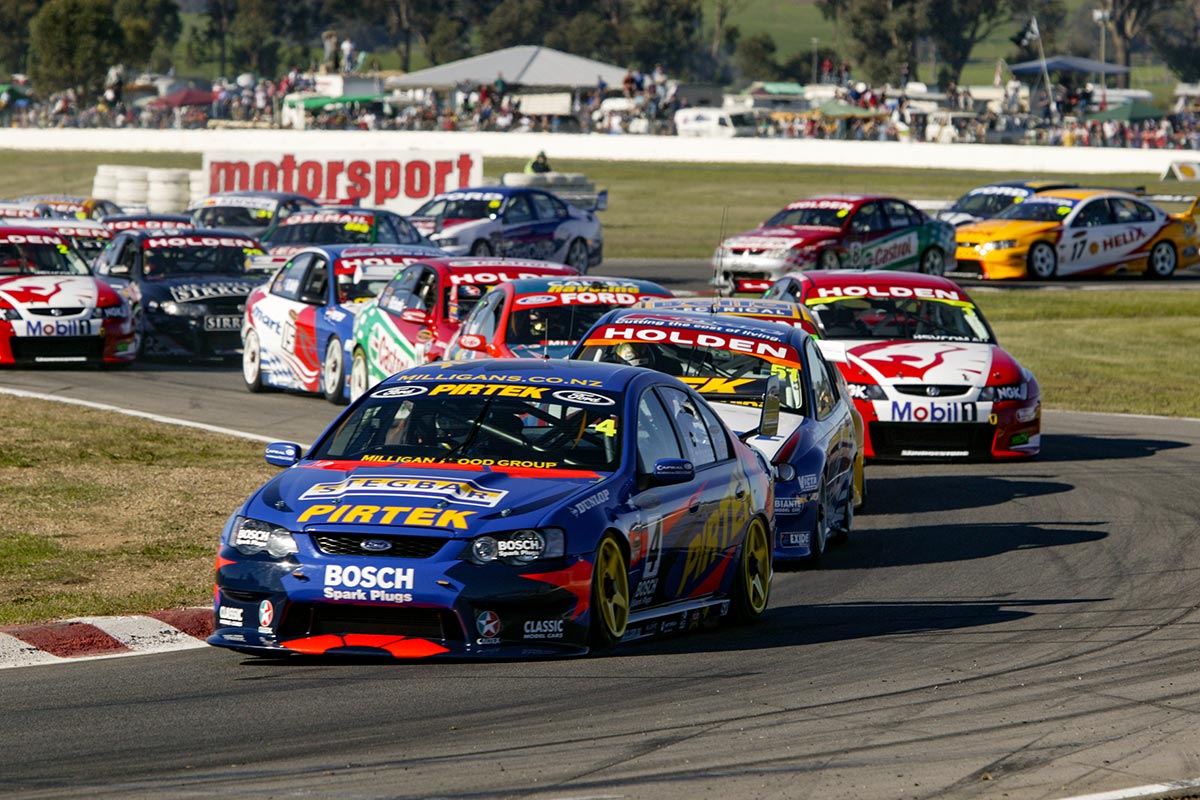 However, such was the pace of the Pirtek Falcon, that Ambrose had recovered the third by the time each driver had made two compulsory stops for fuel and tyres.

From there, Ambrose was a man on a mission as he chased career win No. 6.

It was a day to remember; after claiming career pole No. 10 from 30 starts, Ambrose had taken his first Winton win and fourth round victory.

The end margin to Bright was nearly four seconds, with the race also notable for the late controversy between Lowndes and Murphy.

With 37 laps to go, the final spot on the podium went begging for both drivers in a moment of high drama.

Lowndes slid wide rounding Turn 5, and contact with the closely-trailing Murphy was inevitable.

Lowndes finished 10th, and Murphy 14th, having been slapped with a penalty over the incident.

However, the smiles were reserved for Ambrose, who had moved up to fourth in the standings, having claimed the first back-to-back win by a Ford driver since John Bowe did it in his championship season in 1995.

"I guess you could say we did it the hard way, but we did it,” Ambrose beamed after the race.

"Our strategy was not the best, but we just knuckled down and got on with the job.

"That was really a championship effort today... it has put us back in the race and given us a real sniff.”

It wasn’t all smooth sailing for Ambrose, who on lap 50, nearly saw his hopes go up in smoke following a botched overtake on Max Wilson.

Wilson turned in on Ambrose, who sent the #18 Shell Falcon into a pirouette at Turn 6. Wilson would finish ninth. 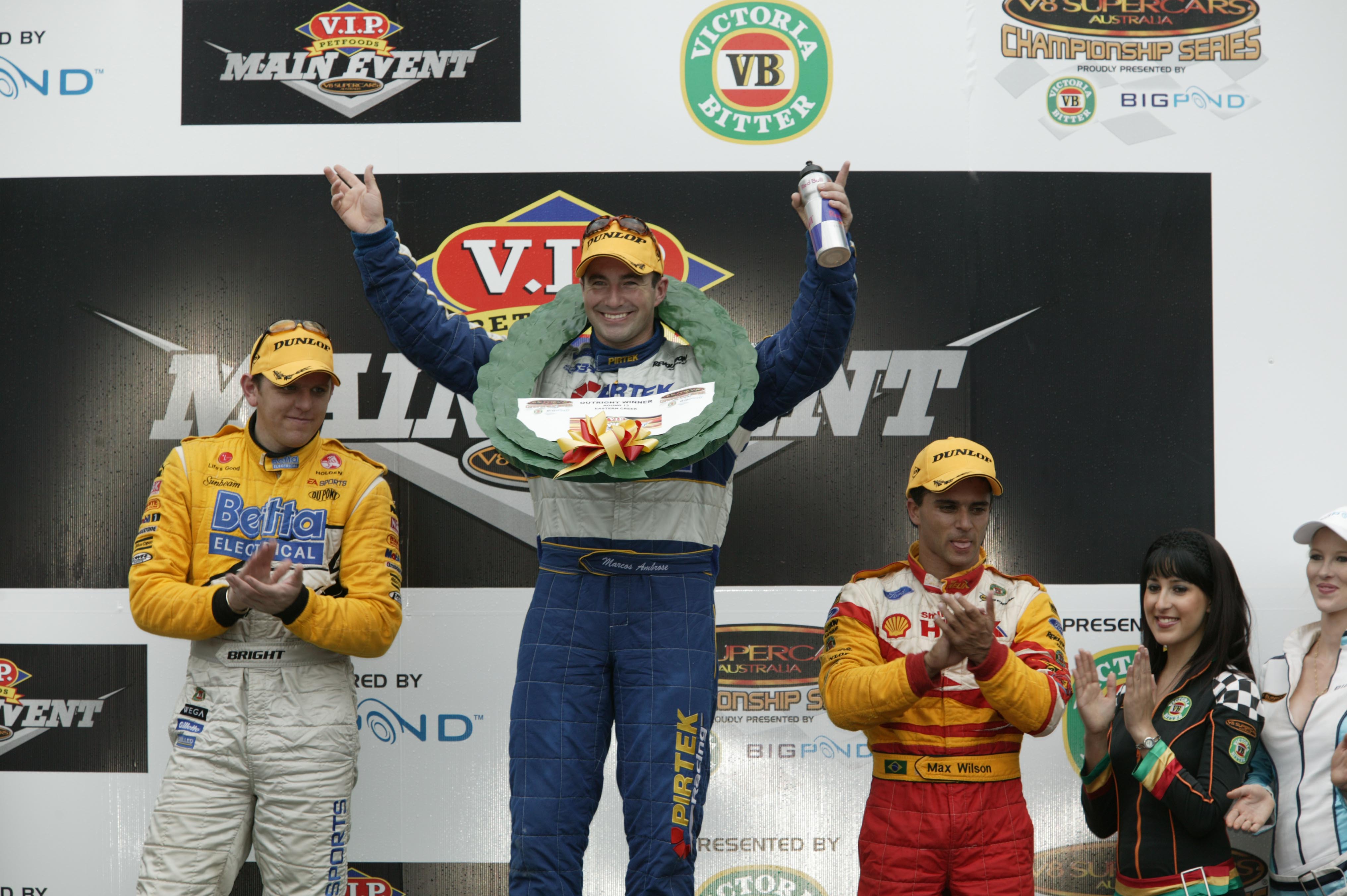 "I went up the inside of Max and I could see his eyes when I looked across at him,” Ambrose added.

"I felt pretty comfortable that I had not done anything illegal.”

Wins at Wanneroo and Oran Park saw Ambrose into the lead, and top six finishes in the Sandown and Bathurst enduros ensured he didn’t give away much ground chasing the crown.

The return to Eastern Creek for the finale saw Ambrose dominate both races to claim his first crown, and Ford’s first since Glenn Seton, another Winton hero, in 1997.