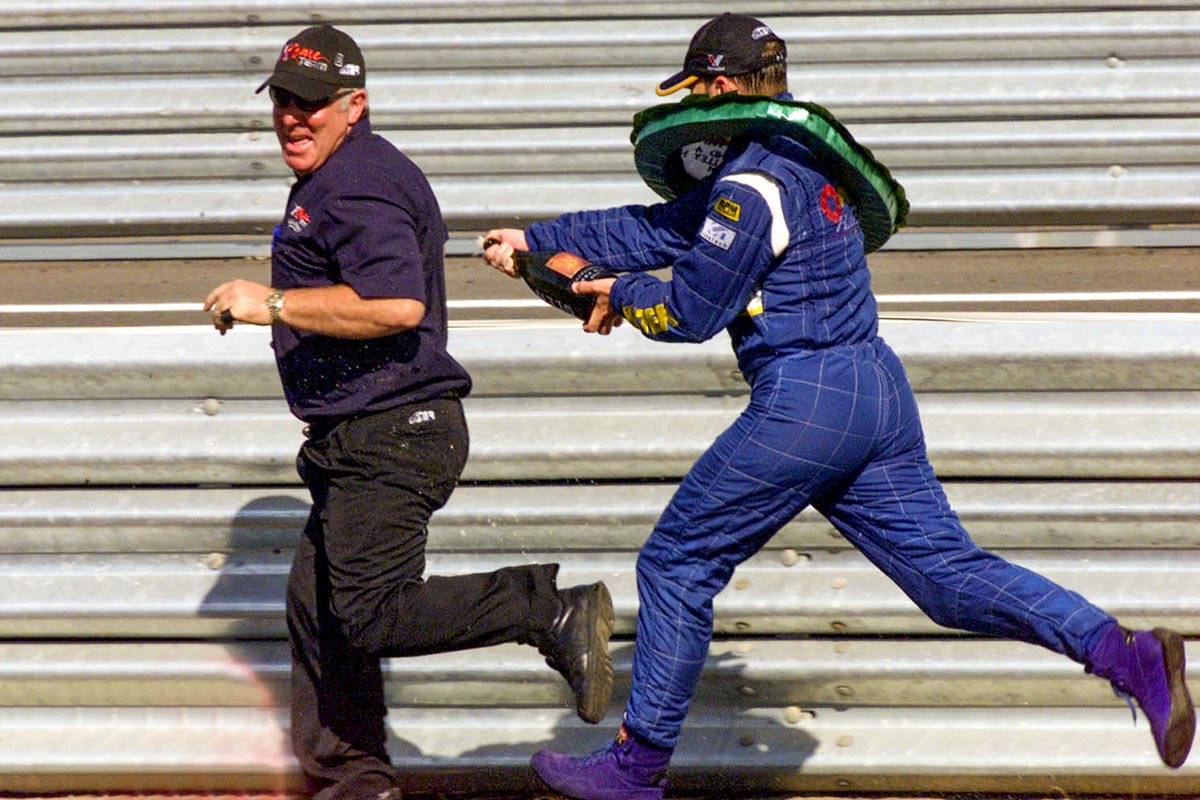 Marcos Ambrose needed only four events to make a splash in the main game as a rookie in 2001.

However, the Ford legend’s breakthrough at Hidden Valley, the site of next weekend’s Merlin Darwin Triple Crown, came amid a rare sequence of events.

Ambrose claimed Ford’s first round win of the 2001 season in the Top End without winning a race.

In fact, Ambrose wouldn’t win a championship race until 2002, meaning he claimed overall round honours before meeting the chequered flag first.

Ambrose, who will join a tweaked commentary line-up for next weekend’s event, impressed in his maiden rookie campaign.

He started third and finished fourth in his maiden event at Phillip Island, and scored pole at Eastern Creek in just his third event.

It was at Hidden Valley Raceway, however, where the planets began to align for a driver who would go on to claim consecutive drivers’ titles in 2003 and 2004.

Ingall, who won three of the first four races in Darwin, was unchallenged in the opener.

It came after Ambrose was involved in a first-corner bingle with John Bowe, Garth Tander and Glenn Seton, with the latter coming off worst of all.

Seton’s Falcon was crunched, with Tander also retiring from the 17-lap sprint.

Both Mark Skaife and Craig Lowndes were hit with drive-through penalties; Skaife was deemed to have jumped the start, while Lowndes was pinged for an incident with Larry Perkins.

Ambrose was fourth in Race 2, which was won by Greg Murphy. Ingall led most of the race, but suffered a driveshaft problem with two laps to go. 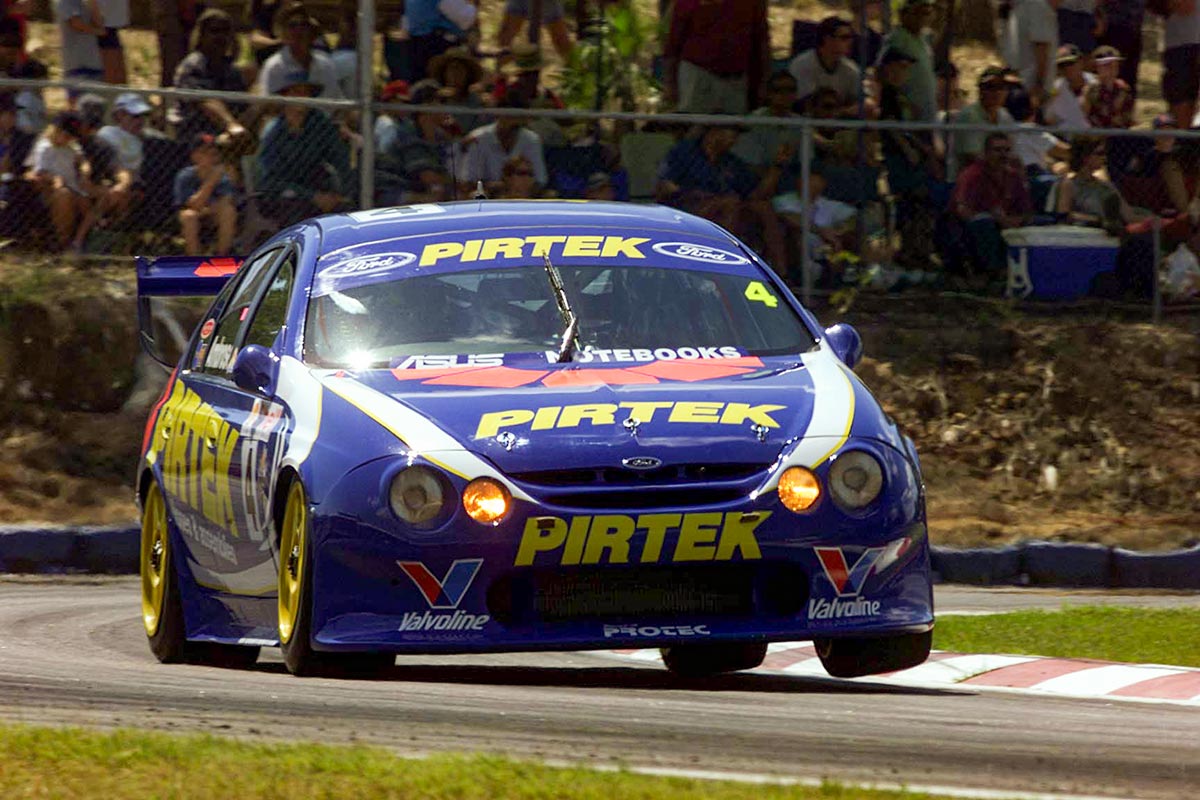 It enabled HRT duo Jason Bright and Mark Skaife to fill the top three, the latter vaulting from 13th.

Third in the finale behind Skaife and Bright helped Ambrose to overall round honours, with Ingall ninth and Murphy 12th.

Despite Holdens winning all three races, and eight of the season’s first nine, Ambrose had helped the Blue Oval and SBR to a famous round win.

Across the Canberra, Perth and Calder Park events, Dick Johnson Racing helped the beleagured Falcon AU model to six wins in seven starts in the middle of the season.

Steven Johnson notably claimed his maiden race and round wins in the nation’s capital, before combining with Paul Radisich to seal an infamous Ipswich enduro victory.

Fords won four of the season’s 13 events as Skaife dominated, with Ambrose eighth overall in his maiden campaign.

However, it was his breakthrough weekend of Darwin consistency which paved the way to a career which reaped 28 race wins and two titles.