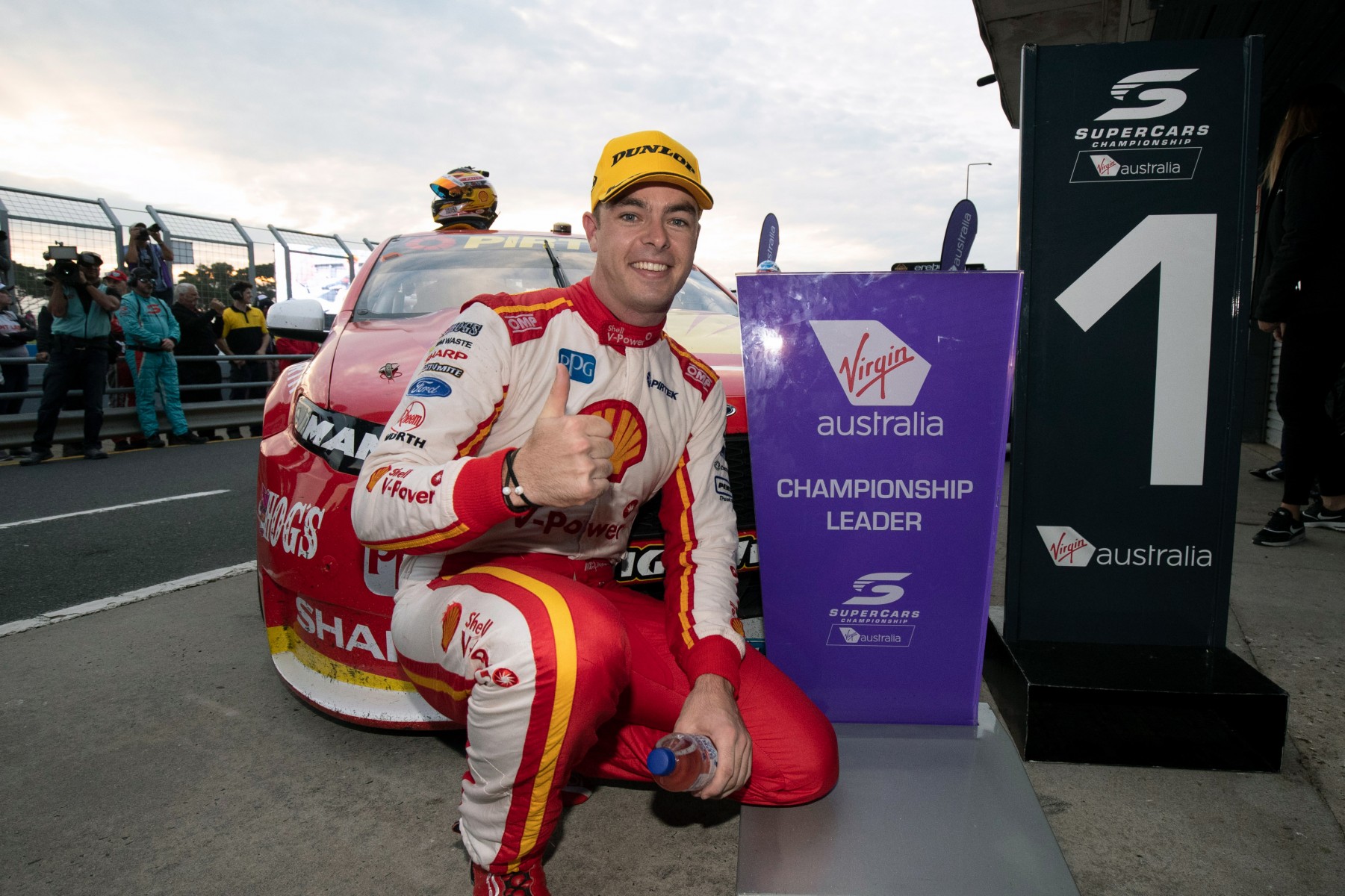 Supercars championship leader Scott McLaughlin’s strong start to 2018 is underlined by a closer look at how many laps drivers have spent in each position.

McLaughlin’s tally of 194 laps led is 84 clear of the next-best driver, Erebus Motorsport’s David Reynolds on 110.

The Penrite Holden led the most laps in both races at Hidden Valley last time out, 20 on Saturday and 57 on Sunday. 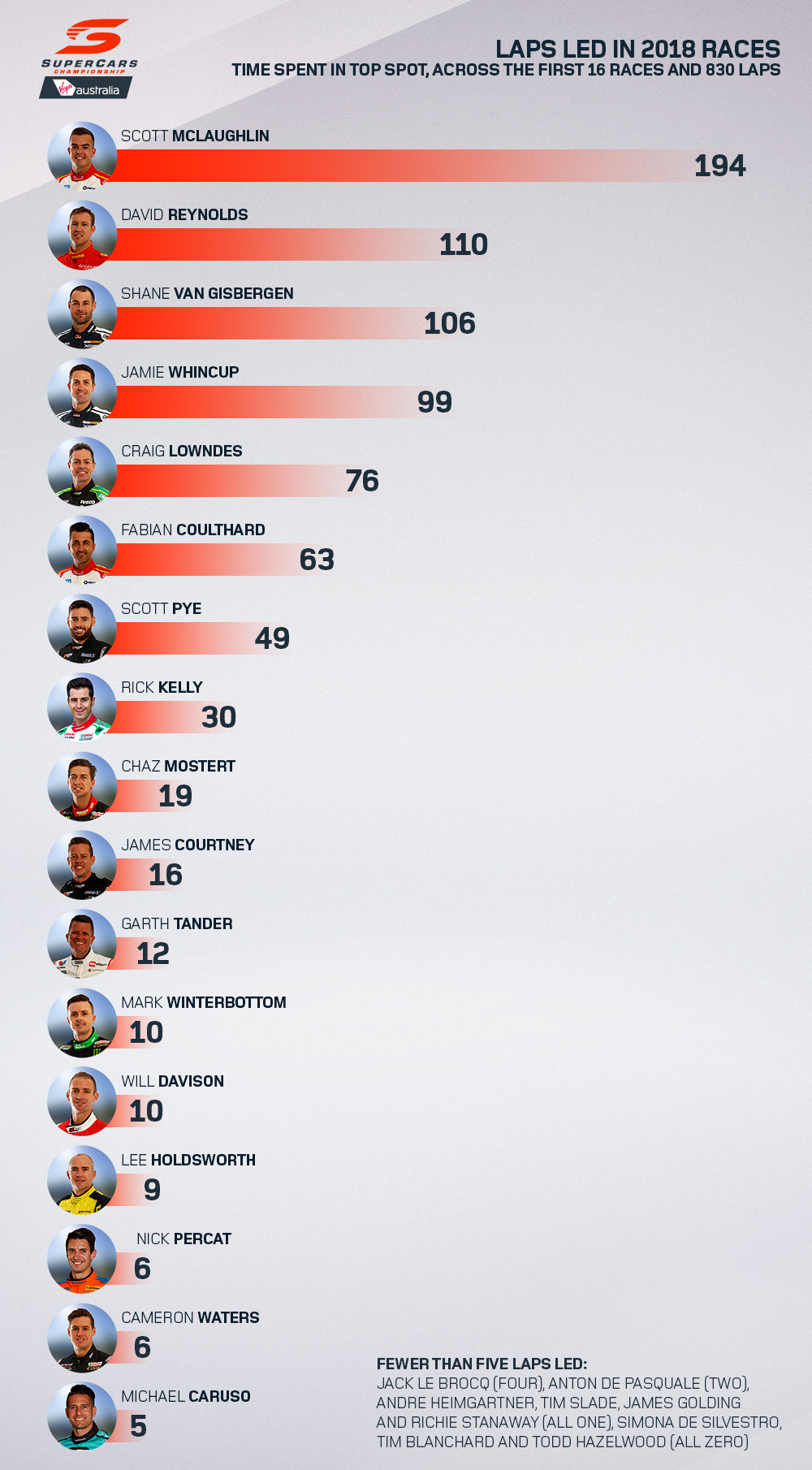 The most laps led by a driver during any given weekend is McLaughlin’s 86 at Barbagallo Raceway, where he won both races.

Reynolds in Darwin is next on 77, followed by van Gisbergen’s 76 in Adelaide and 72 for Lowndes – all on the Sunday – at Symmons Plains.

While McLaughlin heads to the Watpac Townsville 400 with a 161-point championship lead over van Gisbergen, his statistics on laps led and in the top three are actually down on 2017. A 2018 table of the drivers to have spent the most laps inside the top three places has a similar look at the top end.

McLaughlin on 473 leads Reynolds on 303 and Red Bull HRT team-mates van Gisbergen and Whincup on 296 and 275 respectively.

The big movers are Rick Kelly and James Courtney in fifth and sixth, having been eighth and 10th on laps led.

Castrol Nissan driver Kelly has spent 30 laps in first position – 21 of those in the Sunday Phillip Island race – and a further 128 in second or third for his tally of 158.

The 16 laps Courtney has led in his Mobil 1 Boost Mobile Commodore all came in the very first race of the season in Adelaide.

He has another 62 laps in both second and third places to his name across the first seven events of the year to reach 140.

Of the five rookies in the field, Jack Le Brocq has led twice, for two laps each during pitstop cycles at Symmons Plains and Winton, while Anton De Pasquale led a single lap in Adelaide another at Phillip Island.