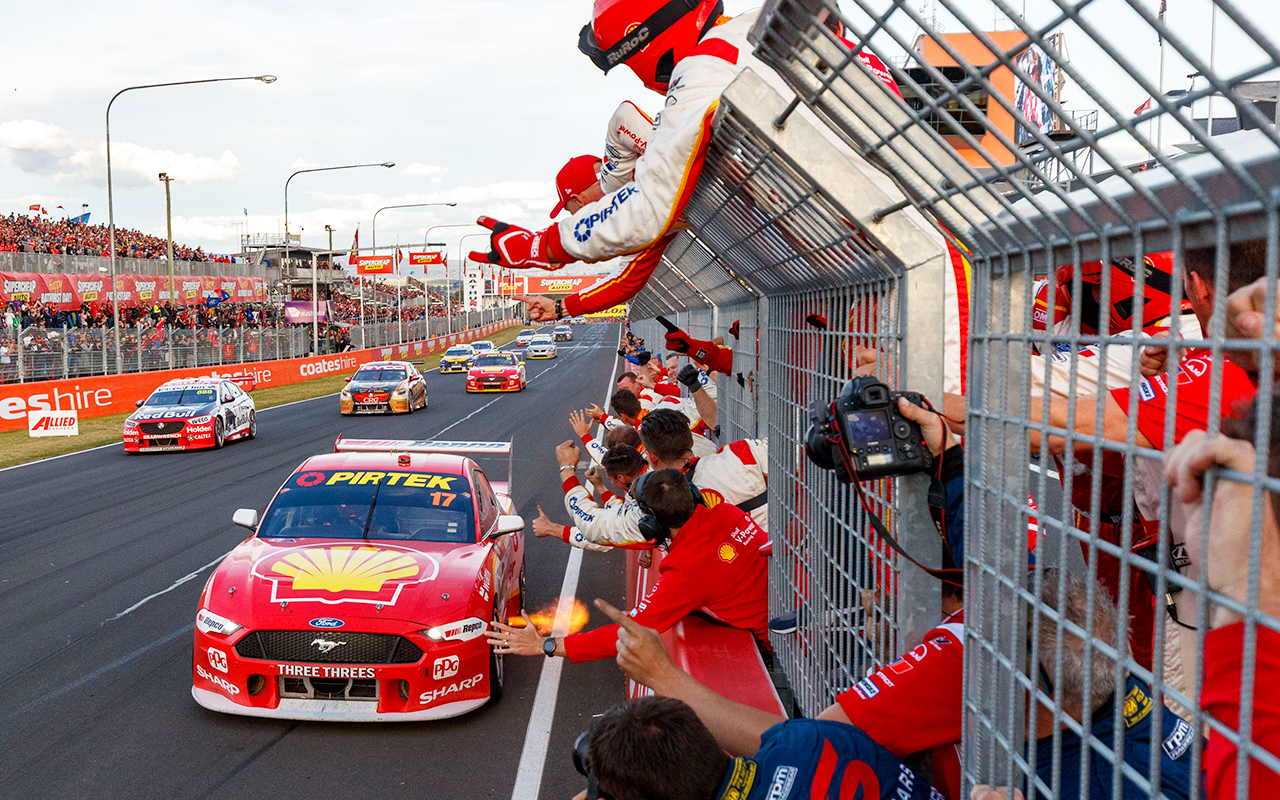 Scott McLaughlin has hit back at those calling for him to be stripped of his maiden Supercheap Auto Bathurst 1000 victory.

The results of Sunday’s contest remain provisional after a post-race investigation led to Shell V-Power Racing being hit with a team orders rule breach charge.

A hearing on the matter – centred around Fabian Coulthard holding back the field under Safety Car for alleged “tactical reasons” – will take place ahead of the Gold Coast 600.

Several rivals have publicly slammed the team’s actions, with Penrite Racing boss Barry Ryan calling for McLaughlin and co-driver Alex Premat to be stripped of their victory.

Drivers David Reynolds and Lee Holdsworth have meanwhile both publicly suggested the team’s actions could be viewed as “match-fixing”.

Speaking on Fox Sports’ Loud Pedal Podcast, McLaughlin said the controversy has cast a shadow over celebrations this week.

“I believe we won it fair and square, it just sucks we have to deal with all this stuff,” he told host Chris Stubbs.

“What probably should be the greatest week of my life, I’m not going to lie, it has been a bit sad and it could have been a lot better for us to enjoy it.

“But I think from my point of view and Alex’s point of view, we have enjoyed it as a pairing, away from it, but it has been a bit frustrating not to fully enjoy it.”

Confident he will keep his win, McLaughlin denied any suggestion that Coulthard’s actions worked in his favour, stressing he was unaware of the saga until post-race.

Coulthard had been running third on the road behind leader Jamie Whincup and teammate McLaughlin when the lap 134 Safety Car was called.

The gap between McLaughlin and Coulthard blew out from one to 46 seconds from the time the yellows were called as Coulthard rounded Turn 6 and the end of the lap.

It allowed Whincup and McLaughlin to pit and return to the track ahead of the field, denying the chance for those behind with a fuel advantage to potentially leap-frog them.

Coulthard was given a drive-through for failing to maintain a maximum distance of five car-lengths to the car in-front, before the team orders inquiry was launched post-race.

“What they’re saying is completely wrong. I think it’s ridiculous,” McLaughlin said when asked of the ‘match-fixing’ accusations from other teams and drivers.

“We didn’t do anything of that sort. I mean, the Safety Car period was nearly 30 laps from the finish and you’ve got to look at what happened after that, two more Safety Cars.

“I think there’s some people in other teams that should be focusing on their internal team issues before they kick-on about us.

“That’s what’s pissing me off a lot about the whole thing. It is frustrating and ridiculous…”

Coulthard received a barrage of public criticism immediately after the race, telling Supercars.com he was “getting murdered” for simply following instructions.

Asked how Coulthard is faring in the aftermath this week, McLaughlin said: “He’s struggling.

“It’s been bloody hard for him, for the team, for Alex and I too, it’s not the place we want to be in, but as we always do we’ll stick together as a team and get through it.

“But what I’ll say is social media is out of control. So-called fans sending death threats to drivers like Fabian is pathetic.

“People sending that kind of bullshit to real people who have families, who have real lives, to deal with it is really, for me it’s unacceptable and it’s all created by the media controversy that has been blown out of proportion.”