Comments made by Fabian Coulthard on Friday have prompted a spirited response from Scott McLaughlin amid the former’s suggestions of favouritism in their time as DJR Team Penske teammates.

Coulthard and McLaughlin drove for the Ford outfit between 2017 and 2020, with the latter winning three straight drivers’ titles.

Coulthard impressed to finish eighth in opening practice at the NTI Townsville 500, where he spoke afterwards.

While he admitted his current results were below his expectations, Coulthard said he was relishing being “listened to” with an opportunity to “steer” a team.

“Obviously not stoked with the results at the moment, but everything is improving and heading in the right direction,” said Coulthard, who is set to achieve a top 10 result in both qualifying and races this season.

“But yeah, it’s a little bit less stressed down here and I’m enjoying going racing. When you enjoy it, you’re a lot more relaxed. 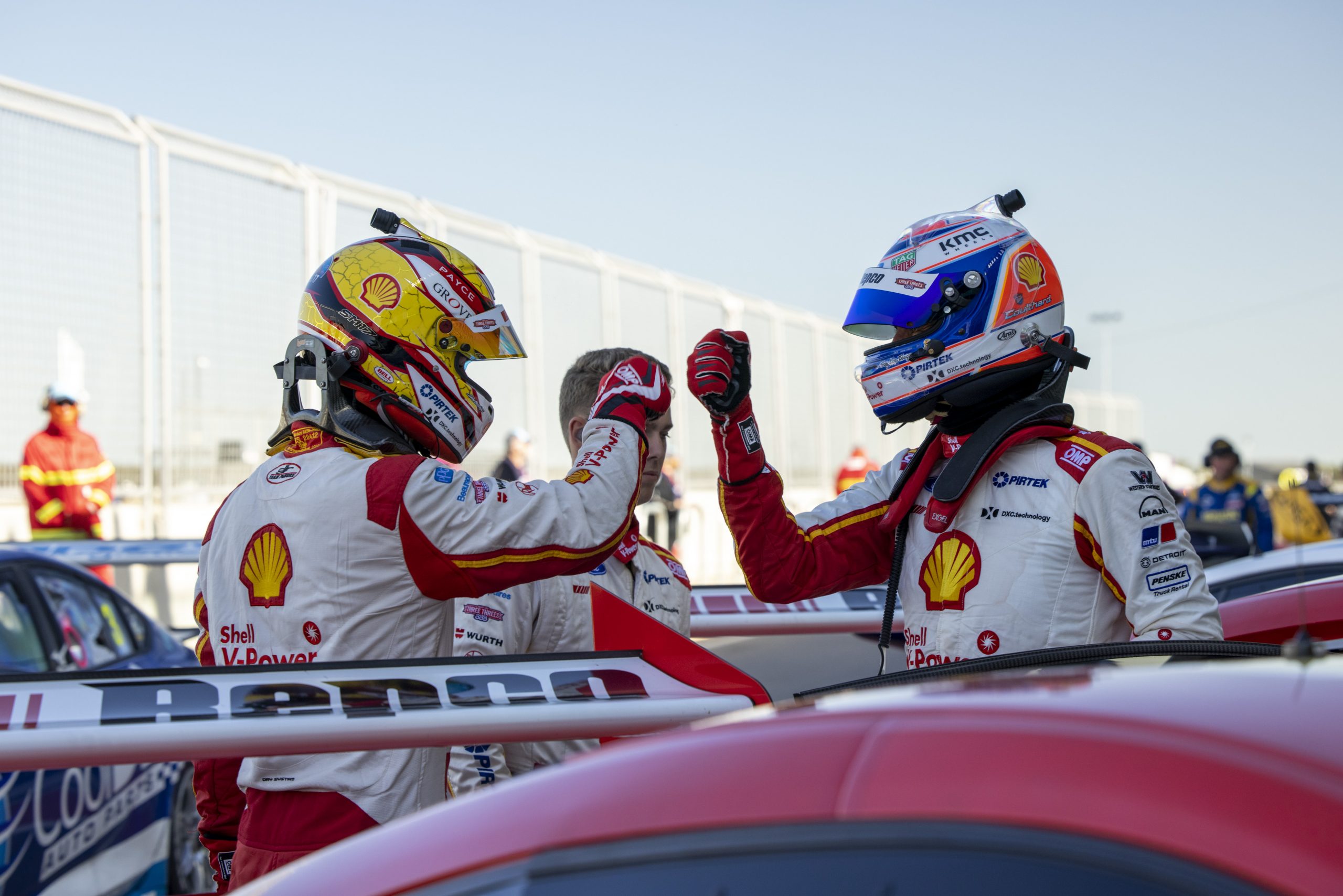 “I get listened to now, which is nice, and we can steer the car and the team in a direction that suits me.

“I knew what I was getting myself into, it wasn’t going to happen overnight.

“But I think you’ve seen from the progress we’ve made from the start of the year to where we are at the moment, it’s all going in the right direction.”

Coulthard combined with McLaughlin to help the Shell Ford squad win teams’ championships in 2017, 2019 and 2020.

It attracted an immediate reaction from McLaughlin via social media accounts.

Pretty sure every weekend we both had the same opportunity to win with the same tools, @FabianCoulthard went his way I went mine. Sometimes we met in the middle. I liked my way. Seemed to do ok. pic.twitter.com/UWxcGlwDiu

“Pretty sure every weekend we both had the same opportunity to win with the same tools,” McLaughlin wrote via Twitter.

“@FabianCoulthard went his way, I went mine.

“Sometimes we met in the middle. I liked my way. Seemed to do ok.”

McLaughlin has so far impressed with three top 10 finishes in his maiden IndyCar campaign, headlined by a podium in Texas.

Coulthard, who finished ahead of points leader Shane van Gisbergen in Practice 1, finished 23rd in the final session at Reid Park on Friday.

The Repco Supercars Championship field will return for ARMOR ALL Qualifying on Saturday morning at 11:15am AEST ahead of the Top Ten Shootout at 1:05pm.