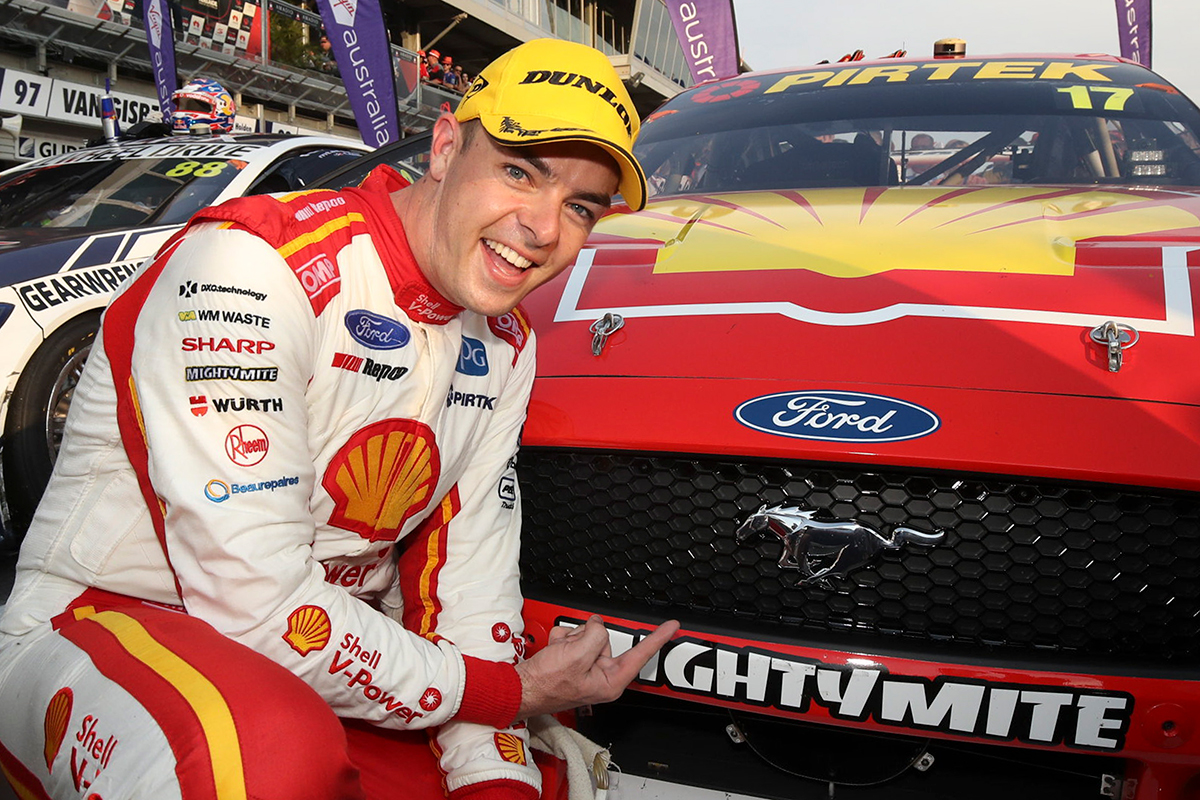 Scott McLaughlin says his Superloop Adelaide 500 victory on the Mustang's Supercars debut means he keeps his word to Ford executives about winning more quickly than its NASCAR cousin.

The Shell V-Power Racing driver dominated the first race of the new season, leading from start to finish and winning by 13 seconds.

In the new model's maiden start, it was the first ATCC/Supercars victory for a Mustang since Allan Moffat's win at Oran Park in 1972.

The Mustang replaces the Falcon in Supercars this year, at the same time it steps into NASCAR's Cup Series in place of the Fusion.

Ford had to wait until the Mustang's second NASCAR race to taste success, through Penske's Brad Keselowski last month, but McLaughlin beat that marker.

Adding to the occasion, key chiefs including Ford Performance global director Mark Rushbrook have made the trip to Adelaide.

"It was very cool," McLaughlin said of winning on such a significant weekend.

"The NASCAR guys took the second week to get [a win], so I said we'd do it in the first.

"I hoped my words stood up to it, and it felt really good to get it today.

"It's really cool to see [Rushbrook], he's one of the first people I saw after the podium and it was my first win here so I was so stoked.

"The crowd was just incredible, I was so pumped." 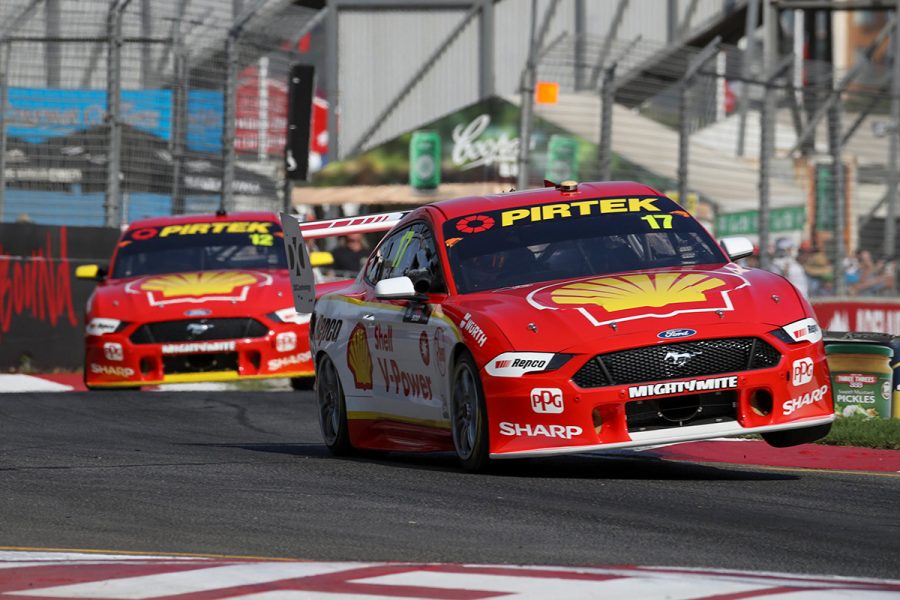 He led into the first corner, though, with polesitter Coulthard then handed a 10-second time penalty for a false start.

That left Whincup as McLaughlin's closest challenger, but the Red Bull Holden could not keep pace across the 78-lap distance.

"It was just driving to the gap with Jamie," McLaughlin said.

"We had really good pace. I was waiting for the rears [tyres] to go off a little bit but they really held in there, which was really good.

"If anything, my fronts went away. It was good, overall pretty good."

McLaughlin acknowledged Coulthard's pace meant he "probably" would have stuck with him for the race without the penalty.

"But he probably had to take an alternate strategy to stop double-stacking," McLaughlin noted.

"I was happy to get track position pretty much straight away and then that was sort of my goal. It worked.

"I knew that we were a little bit low on [tyre] pressure because that's how we always roll compared to him.

"He was all over me for a couple of laps and it just sort of stagnated out after that."