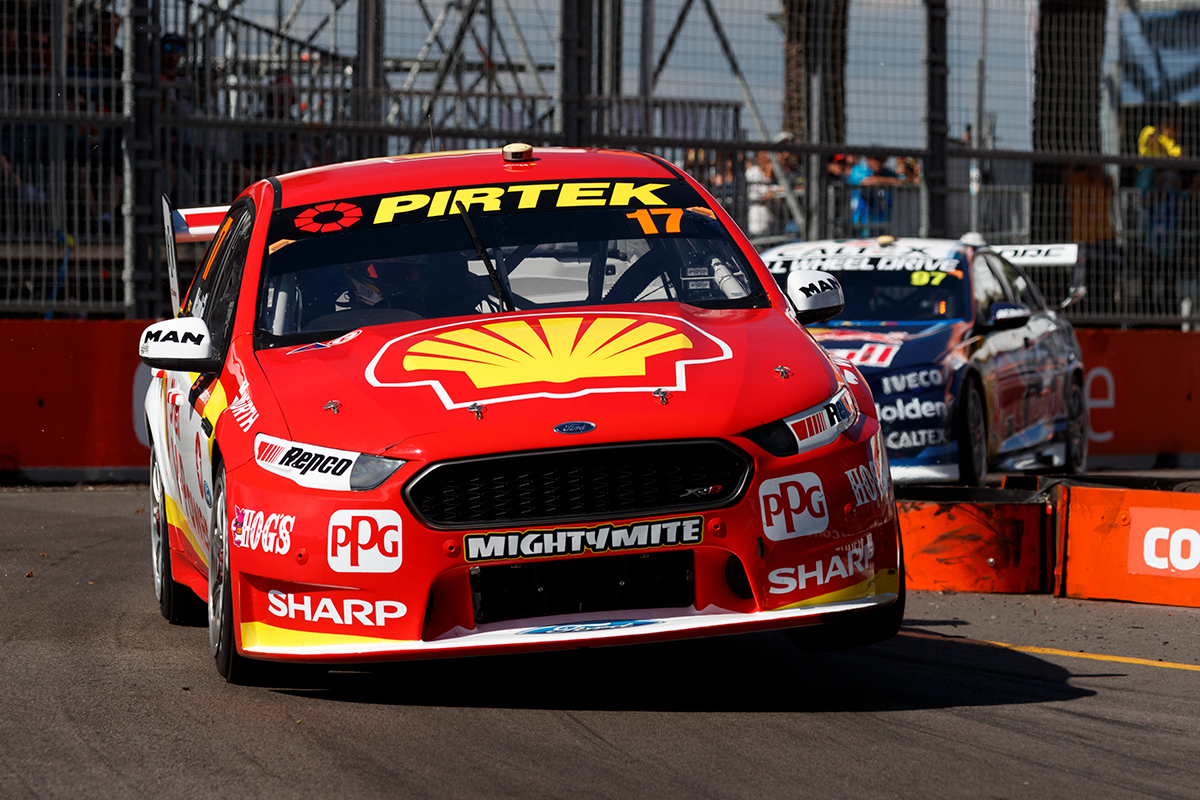 The two New Zealanders spent the second half of the year trading points, race wins and sometimes paint, McLaughlin ultimately prevailing by 71 points.

While Jamie Whincup is far from a spent force at 35, McLaughlin and van Gisbergen aged 25 and 29 look well placed for more success in the years to come.

Driving for heavyweights DJR Team Penske and Triple Eight, they now have a title apiece, with van Gisbergen having reaffirmed his long-term Supercars future.

McLaughlin has been open about his dream to try NASCAR, and has links with the US through Roger Penske's operation, but is committed to Supercars for now at least.

Asked about the prospect of continuing to race van Gisbergen over the coming years, McLaughlin said: "It's exciting.

"We're in great teams, Shell V-Power Racing against Red Bull, I think it's going to be like that for a number of years.

"Erebus are right in there [as well, though], Tickford and all of those guys.

"We've got a new Mustang coming on board and I'm really excited about that."

Between them, McLaughlin and van Gisbergen occupied first place in the championship at the end of 30 of this year's 31 races.

Van Gisbergen led early but then had a drier spell as McLaughlin hit his straps, those roles reversed entering the PIRTEK Enduro Cup.

McLaughlin led by 161 points mid-year, before van Gisbergen pegged that back and moved to be 55 ahead after Sandown. 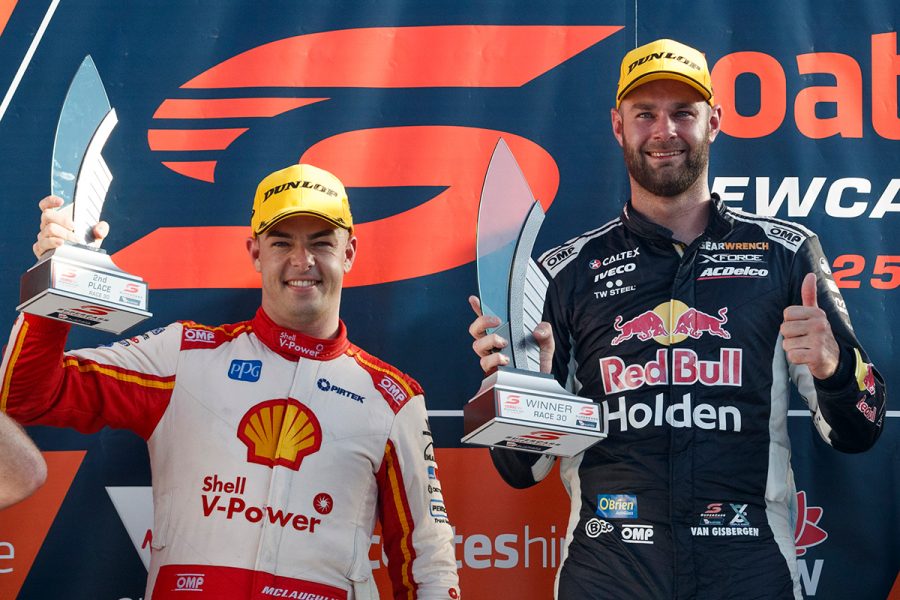 McLaughlin had to settle for second on the road on Saturday in Newcastle, before a penalty dropped van Gisbergen to fifth

From Bathurst through to van Gisbergen's Newcastle penalty, the gap was less than 20 points, getting down to two during a hotly-contested home round for both drivers in New Zealand.

"I think every battle is the same," McLaughlin said.

"But when you get to this stage of the year with me and Shane, especially when we go to New Zealand, two Kiwis that want to win in front of their home crowd, one doesn't and has the shits and Shane does and parks him in and causes a massive controversy...

"But it's certainly an intense battle. People can say what they want, but there's a tremendous amount of respect between myself and Shane.

"I think it's more on-track, we battle hard and fair and get on with it.

"Obviously one or two times we have a hissy fit, one of us, but to battle with him to the end this year was amazing.

"I think we were 500-odd points clear of third, which shows how consistent we were. We were pushing to the end."