Scott McLaughlin matched Craig Lowndes’ record of 16 wins in a single Supercars season with victory in the Sunday leg of the OTR SuperSprint.

McLaughlin overcame early leader Will Davison to make it a double at The Bend, taking the ascendancy when the Mikwaukee Ford suffered an airbox fire at its second stop.

Davison held off Chaz Mostert for second in the 200km contest, while Nick Percat made the most of a late Jamie Whincup mistake to nab his best result of the season in fourth.

McLaughlin’s victory matches the marker set by Lowndes in 1996 and extends his championship lead to 573 points over new second-placed man Mostert.

“It’s really awesome. I couldn’t be more proud of the guys for the turnaround we’ve had,” said McLaughlin, who struggled at The Bend in 2018.

“It was one we circled to really come back for and I’m so stoked. It was super-racing, I didn’t get the best start, but good racing towards the end.”

By contrast to Saturday, McLaughlin made a slow start, dropping to third by Turn 1 behind fellow front-row starter Davison and Whincup.

Whincup immediately put the pressure on Davison, but a dive at Turn 2 on lap two cost the Red Bull Holden momentum, losing second to McLaughlin.

That left McLaughlin to shadow Davison until the #17 Ford became the first front-runner to stop on lap nine.

Milwaukee Racing reacted by pitting Davison the next time around and taking on slightly less fuel, ensuring they retained the lead.

Mostert meanwhile snuck past Whincup on lap 11 in a move that was immediately reversed by their pitstops on the following two laps.

It took just three more laps for Mostert to again get the better of Whincup, by which point the Supercheap Mustang faced a three-second deficit to McLaughlin. 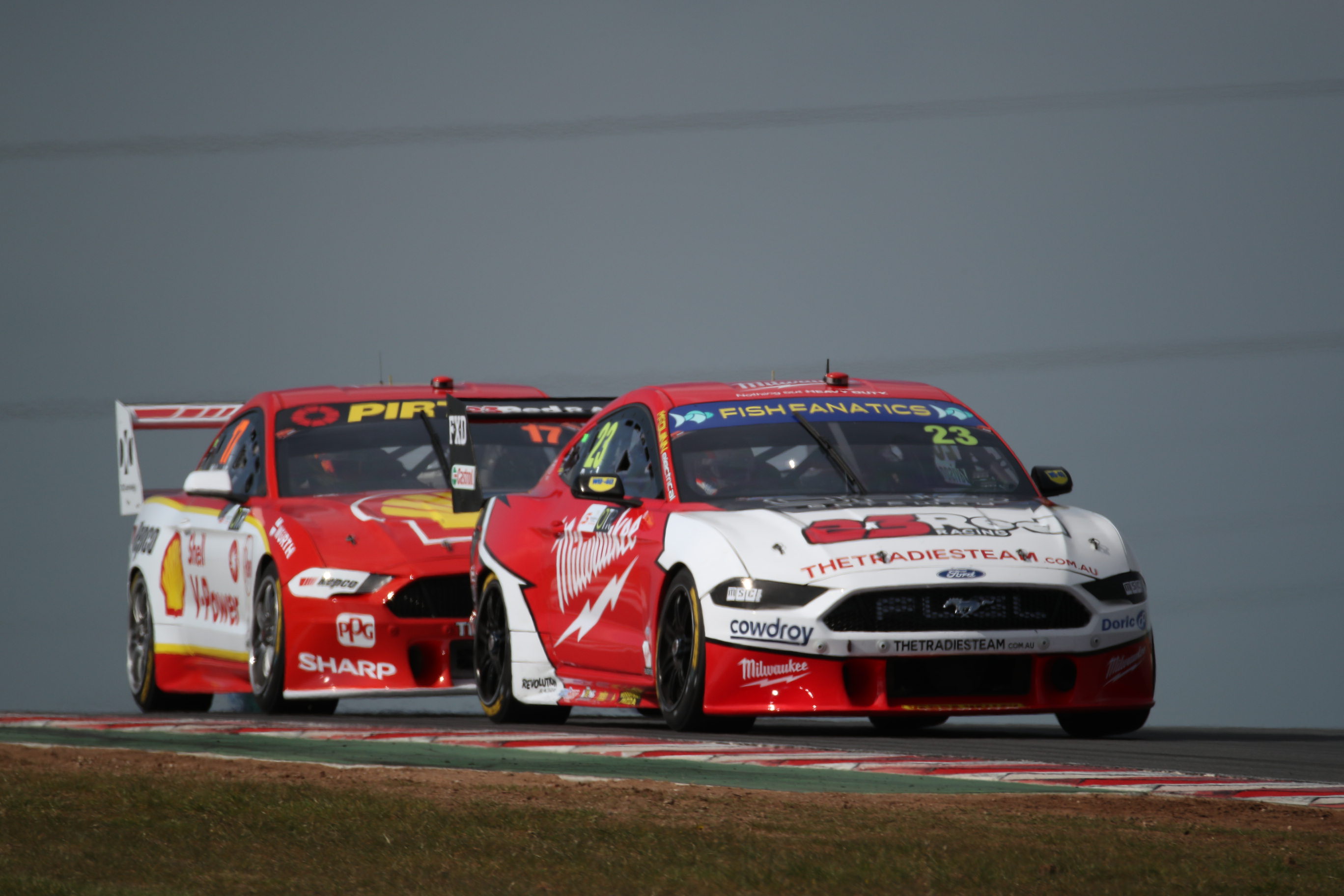 The Shell Ford was meanwhile tracking Davison and pitted for a second time on lap 17; a move again shadowed by the Milwaukee crew next time by.

On this occasion, Davison was slowed by an airbox fire at pit entry – which the team estimated cost two seconds – and rejoined behind his rival.

That proved the decisive moment, as McLaughlin controlled the pace over the race’s second half as Davison turned his attention to holding off Mostert and Whincup.

McLaughlin was 2.5s clear of Davison at the chequered flag, with Mostert just over a second further in arrears.

“I’m absolutely stoked with this result because it was such an intense race; really, really enjoyable," said Davison.

“We got such a good start and I was surprised I was hanging on, but then in our last stop we had a bit of an airbox issue and it cut back to about 15km/h in pitlane.

“I was actually relieved when it got going because it was not resetting itself. But that’s the way it goes.” 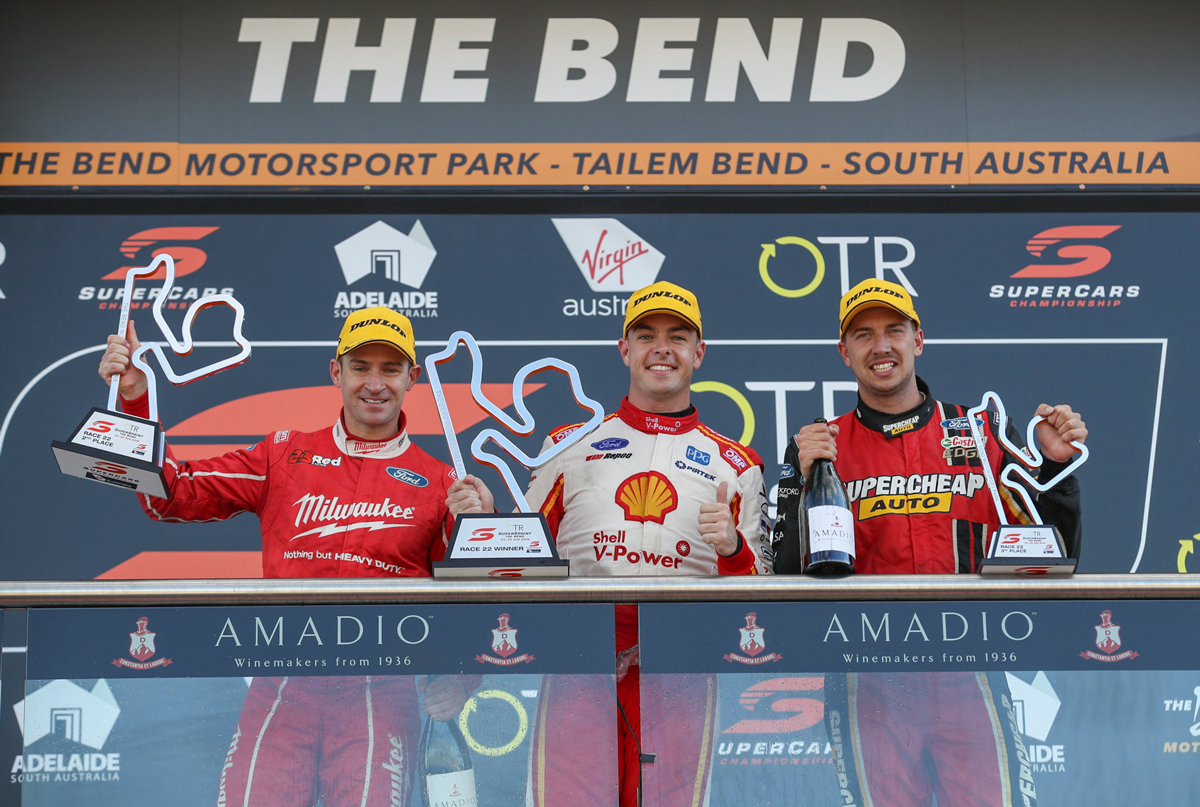 Whincup looked set for fourth before coming off at Turn 10 on lap 36 of 41, rejoining behind Percat, who had a solid race from sixth on the grid.

Shane van Gisbergen turned 16th on the grid into sixth, having run long in both stints in a bid to make up track position.

Rick Kelly improved from 18th on the grid to be the highest Nissan driver in 11th, after Andre Heimgartner’s chances were dashed by an early pitlane penalty.

Tim Slade and David Reynolds survived minor contact of their own in the final stint to come home 12th and 13th; both overshadowed by their team-mates.

Saturday’s fourth-placed finisher Mark Winterbottom’s race was hampered by an incident on the opening lap that pushed the IRWIN Holden off the road and to the back of the field.

The victim of a three-wide squeeze with Waters and Slade, Winterbottom eventually finished 23rd.