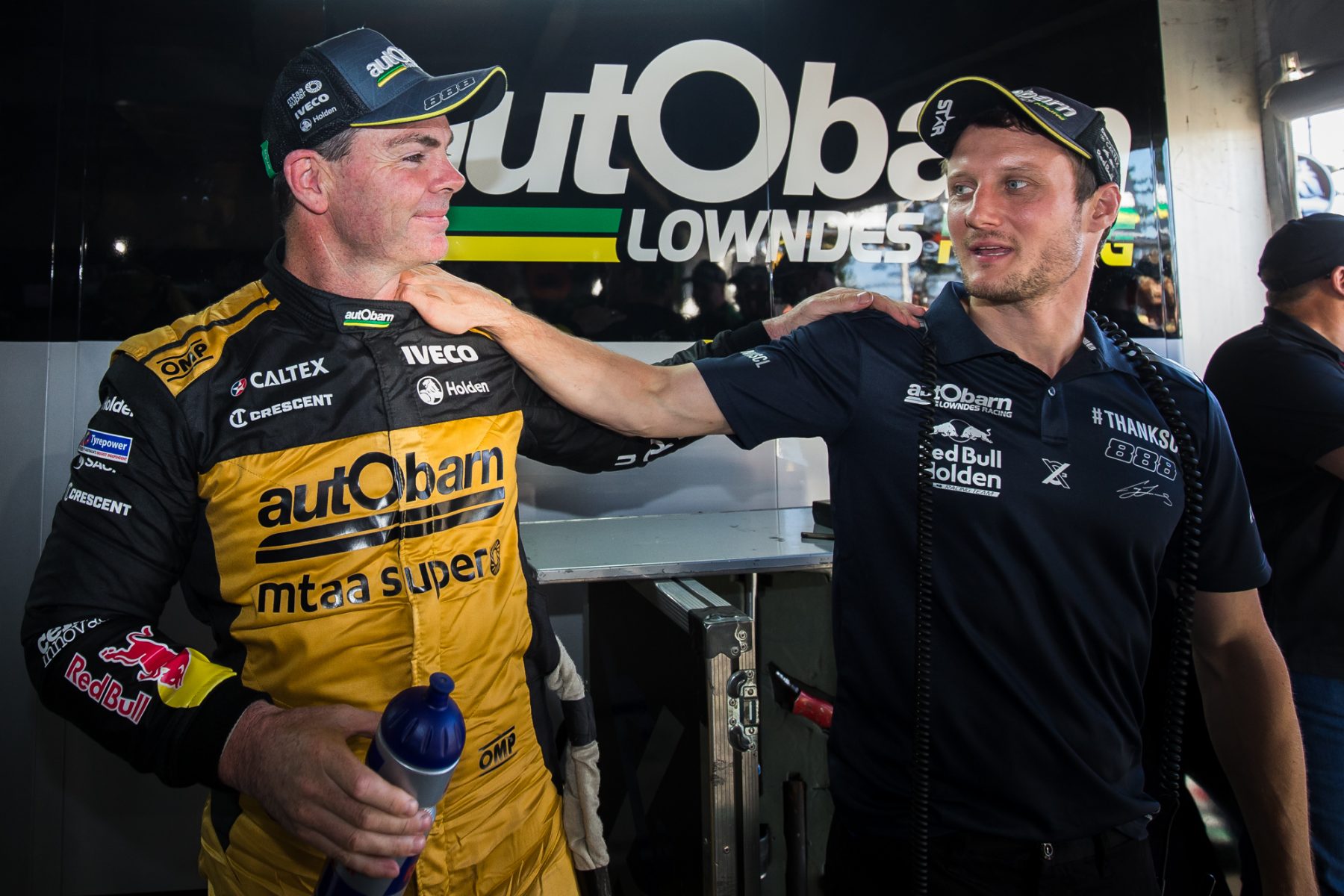 Craig Lowndes was left with a ‘numb’ feeling after ending his 22-season stint as a full-time Supercars driver at the Coates Hire Newcastle 500.

It followed frustration on Saturday, when an incident in pitlane had the usually smiling fan favourite fuming.

Regardless, Lowndes’ retirement was one of the biggest stories of the weekend, with the seven-time Bathurst winner moving into a co-driver only role next year.

“It still hasn't sunk in, to be honest,” he said when asked by Supercars.com of his feeling shortly after the race.

“No doubt over the next couple of days it will come to realisation.

“Irish (engineer John McGregor, pictured with Lowndes above) made a comment going into the last lap to enjoy it for what it is. And I did.

“I could see the crowd waving and cheering on. And then to do the burnout, all I wanted to do was do a bigger one than Scotty!

“To be able to sit back in years to come and see how it all unfolded, I think the memories will be more special going into the future than right now.

“For me, at the moment, it's a little bit... a bit numb, to be honest, knowing that I'm not getting into a car until October next year. It's a bit different.” 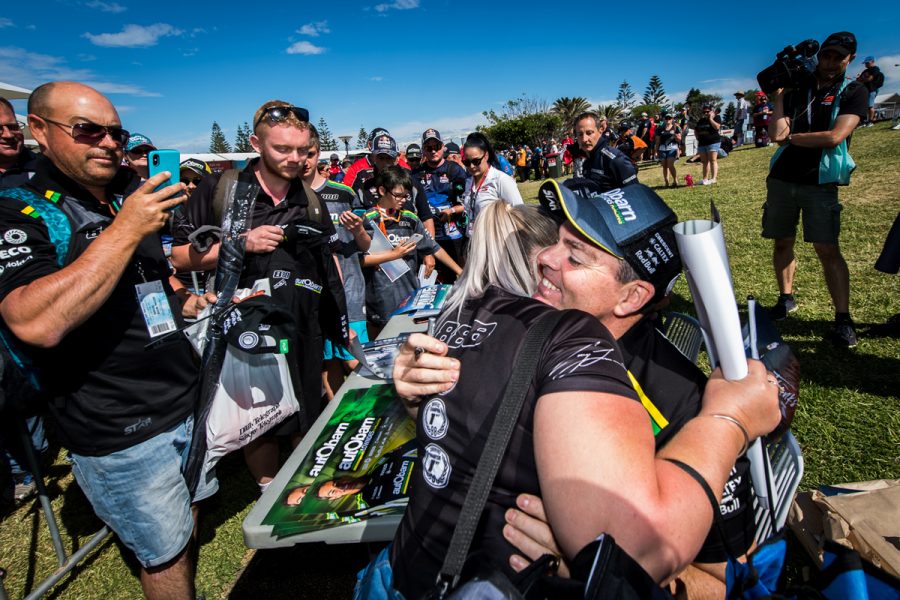 Lowndes' farewell included a special pre-race ceremony with a lap of honour in a Holden road car, saying goodbye to the fans.

It was followed by a guard of honour from teams and drivers as Lowndes walked down pitlane to his Autobarn Commodore, which then led the field to the grid.

Before the start of the race, Lowndes was presented with a mosaic by Supercars CEO Sean Seamer, made up of 500 images submitted by fans of themselves with the driver.

“It was really nice. We all have a lot of respect for each other,” said Lowndes of his fellow drivers, who each personally greeted Lowndes during the pitlane walk.

“To see the whole of pitlane come out on the apron to show respect, I'll always remember that.

“To bow out of the sport on a high, and to really share the moment with everyone, to do that lap in the Commodore out of the sunroof... I haven't heard a crowd cheer that hard in my life. That was really special.” 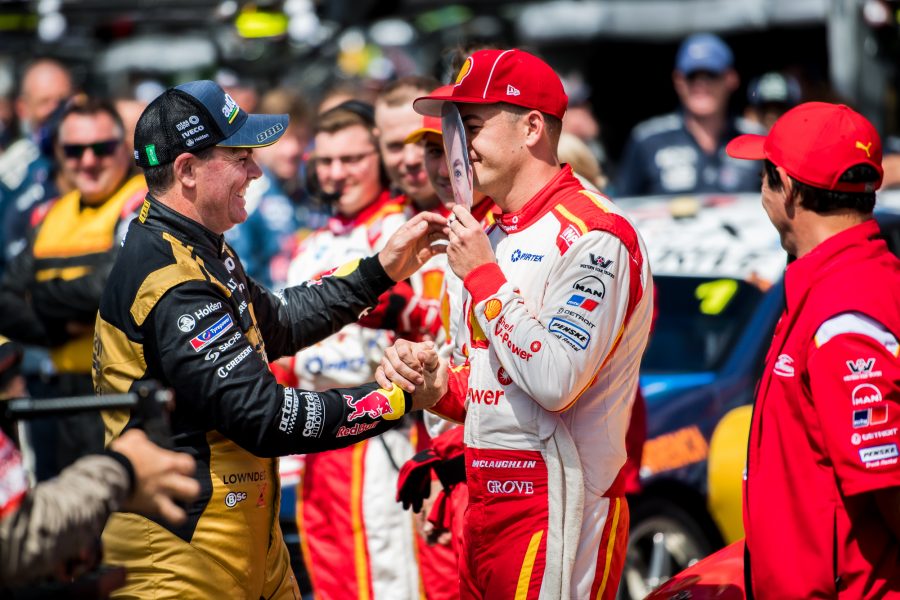 As for the race, Lowndes led briefly, but was left hoping for a Safety Car in the closing stages that never came.

“We opted to go for a long stint in the middle one to get a short stint home with green tyres,” he said.

“It started to work initially, but we got to a point where the tyres plateaued.

“That was disappointing, but to be 11th (after starting 12th)... I've only had two races all year I've gone backwards in position, and yesterday was one of them.

“It was nice to put on a good, strong show today.”