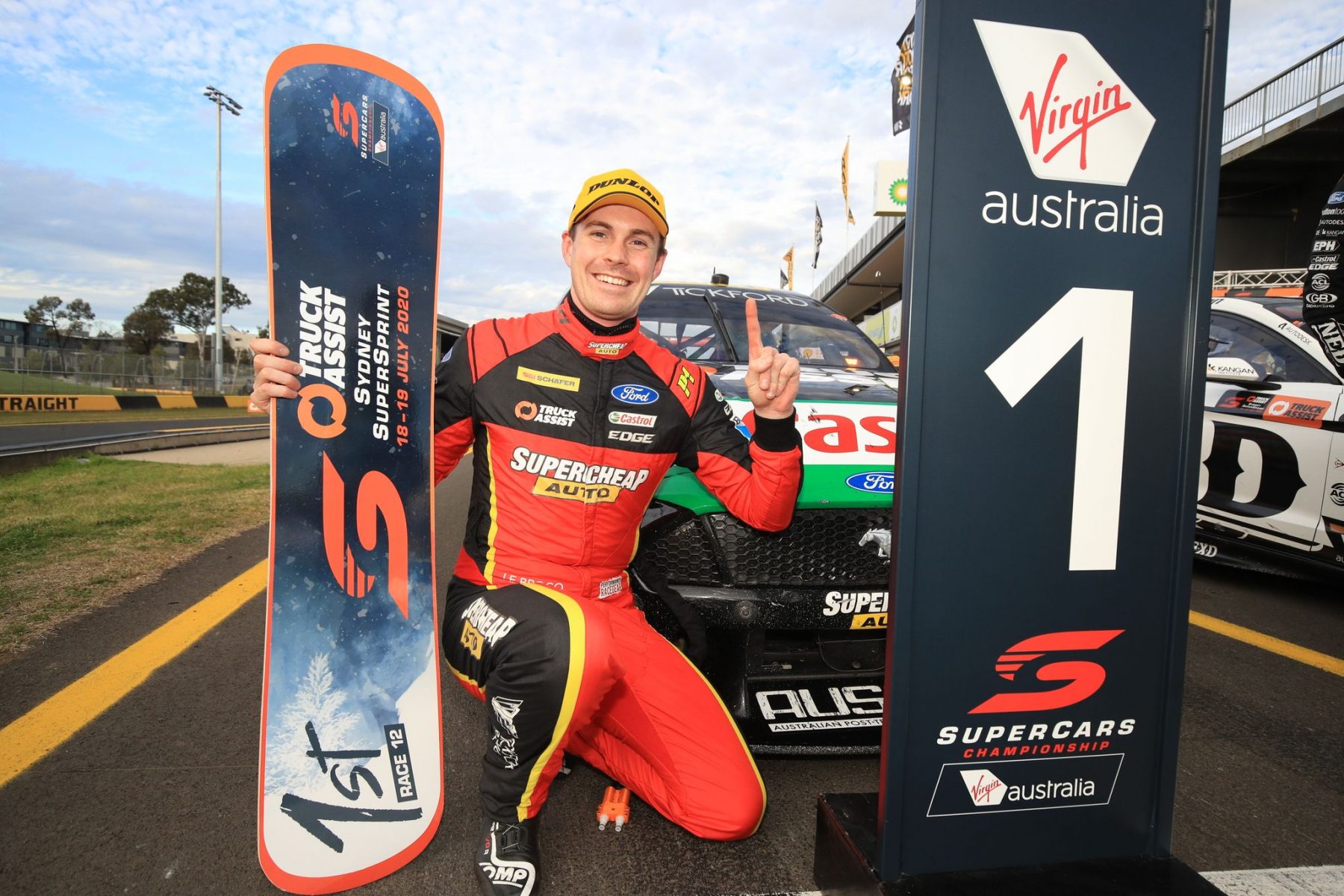 The third race of the weekend was a battle between those who had saved their two sets of soft tyres for the occasion, with drivers on that strategy filling the top seven places.

Among them was Heimgartner, who led the early stages before pitting with second-placed David Reynolds on lap 12.

Le Brocq though had pitted from third one lap earlier and, while Heimgartner emerged ahead, the Supercheap Mustang pounced while his rival was on cold tyres.

Le Brocq controlled the pace from there, with Heimgartner coming under pressure from Reynolds and a fast-closing Todd Hazelwood, whose tyres were three laps fresher.

With two laps to go the quartet were line astern, but the only change would be for third; Hazelwood scoring his first podium by nabbing Reynolds at Turn 7 on the final lap.

The unlikely top three was the first Supercars podium without a DJR Team Penske or Triple Eight driver since October 2017.

“It hasn’t really sunk in yet. I don’t really know what to feel,” said Le Brocq of his win, having moved to Tickford this season following a disastrous 2019 at Tekno Autopsorts.

“The guys at Tickford have given me an awesome car and an opportunity I suppose to try to prove that we can do the job.

“Andre kept us honest there the whole time so that was pretty cool. I could see Davey was catching so he was playing the longer game.

“I probably used up a little bit too much tyre on that first lap out the gate just to try to undercut these guys. The last five laps I was in trouble so I was hanging on.” 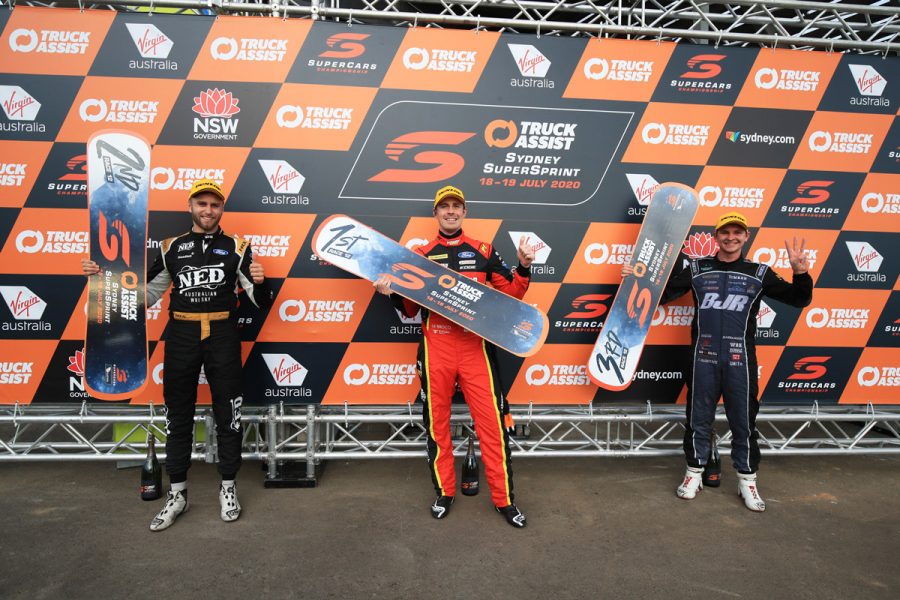 Added Heimgartner: “Once you’re stuck behind here for a whole stint it’s really hard to make that up and it was just sort of really chewing the tyres up.

“I definitely think we had the speed to pass Jack but he did an amazing job and credit to him.

“I’m a bit jealous, he got his first win before me but the young blokes here, we’re all having a go and getting up the front which is good to see.”

Winterbottom was ahead of Le Brocq in the first stint but didn’t have the pace of the Supercheap Mustang, conceding the place on lap three.

The IRWIN Racing team is meanwhile under investigation following a bungled pitstop in which Winterbottom left with the airhose still attached.

Jamie Whincup ran a hard-soft strategy to be eighth, while teammate van Gisbergen, who started 22nd after qualifying on hards, and had no softs left for the race and finished 12th.

Sunday’s earlier winner Nick Percat also had no softs in the bank but was the top hard-hard runner in 11th.

The weekend’s other race winner, Scott McLaughlin, started on used softs, slipping from third to 11th during the opening five laps as those on new softs charged.

Two laps later he was down to 16th and with left-rear damage, opting to pit and switch to hards. He finished 14th, but still scored more points than anyone across the weekend.

Percat ended up second in the weekend points tally from Fabian Coulthard, who was 13th in the finale, and van Gisbergen.

McLaughlin leaves Sydney with a 107-point championship lead over Whincup, with the season to resume at Darwin’s Hidden Valley Raceway on August 8-9.