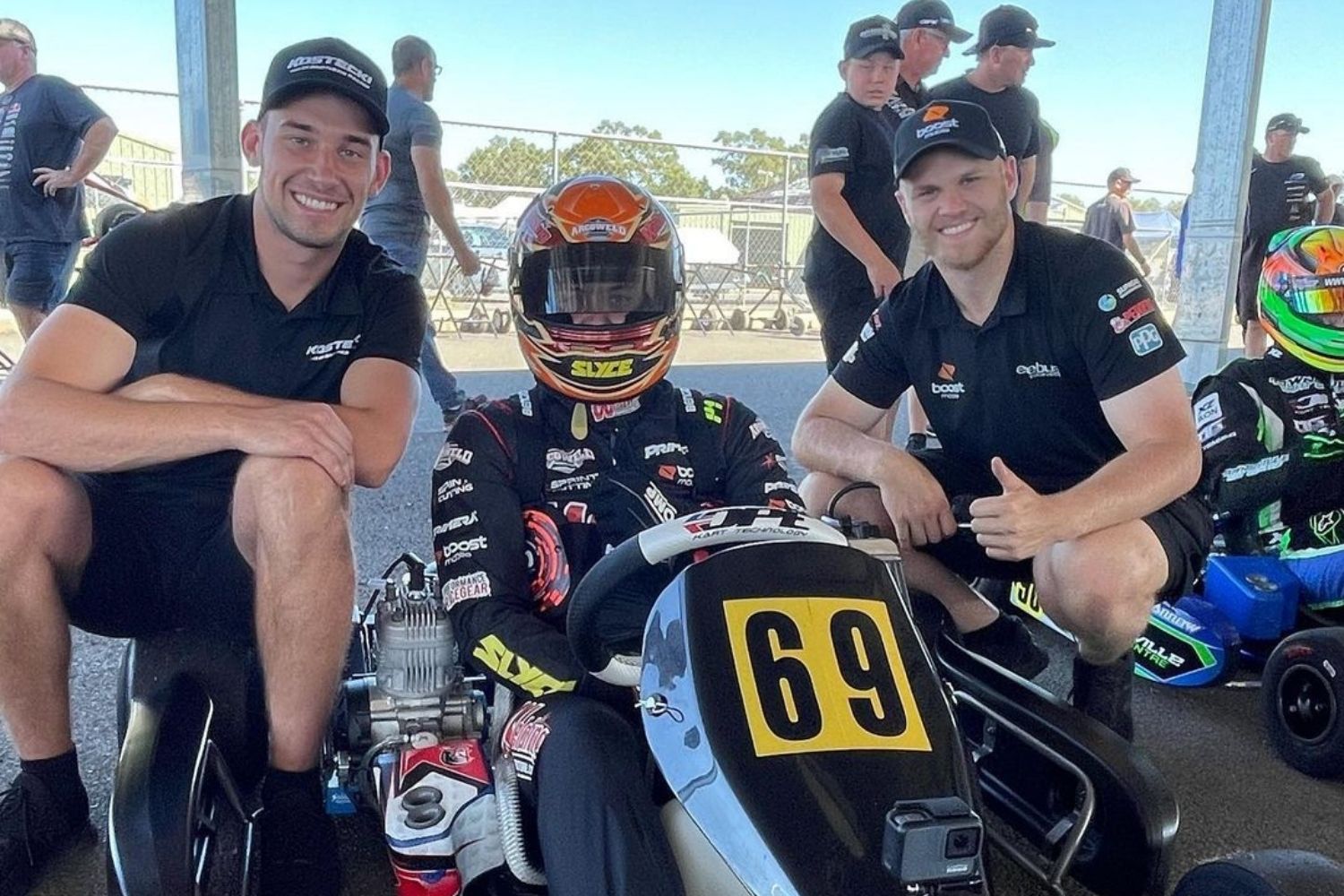 Jake Kostecki has made his return to competitive go-karting a family affair with brother Kurt and cousin Brodie on hand.

Matt Stone Racing driver Jake, the youngest of the three Kosteckis, competed at the QLD Kart Championships in Emerald at the weekend.

The Kostecki family has a strong connection with karting, with all three drivers enjoying success in their formative racing years.

Brothers Kurt and Jake competed in major karting events across Australia before racing in America.

In 2013, Jake finished overall third in the SuperKarts national championship.

Erebus Motorsport driver Brodie recorded his first karting state title at 10 years of age, before relocating to America in 2011 to pursue a career in NASCAR.

The Kostecki trio shared the Supercars grid as solo drivers for the first time in May, with full-time drivers Jake and Brodie joined by wildcard Kurt.

More than 300 competitors took part in the three-day competition at the Emerald Kart Club, with a state champion crowned in each of the 16 categories.

The Kosteckis travelled to North Queensland for the event, arriving on Thursday.

Swapping their race helmets for tools, Brodie and Kurt formed Jake’s pit crew for the meet, with all three camping onsite for the weekend.

Jake lined up in the TaG 125 Light class, which feature a competitive 34-kart field for the event.

Kurt posted to his social media accounts that they had been called to the stewards, triggering a response from their Supercars contemporaries.

He is 19th in the 2021 Repco Supercars Championship standings, eight places behind Erebus driver Brodie.

The door is ajar for Kurt to return to his Walkinshaw Andretti United wildcard entry at Sydney Motorsport Park, which will host four consecutive events.

The 2021 Repco Supercars Championship will resume with the Bunnings Trade Sydney SuperNight on October 29.

This week on SuperArchive: FPR's first win at Phillip Island